This little cat was found on the street when she was not even two days old. She was very weak and the volunteers were worried about her health.

This little cat was found on the street in Baltimore, USA. She was not even two days old when she was brought to the local Baltimore Humane Society shelter. Employees quickly began to take care of the baby and feed on a straw, because she was tiny and very weak. 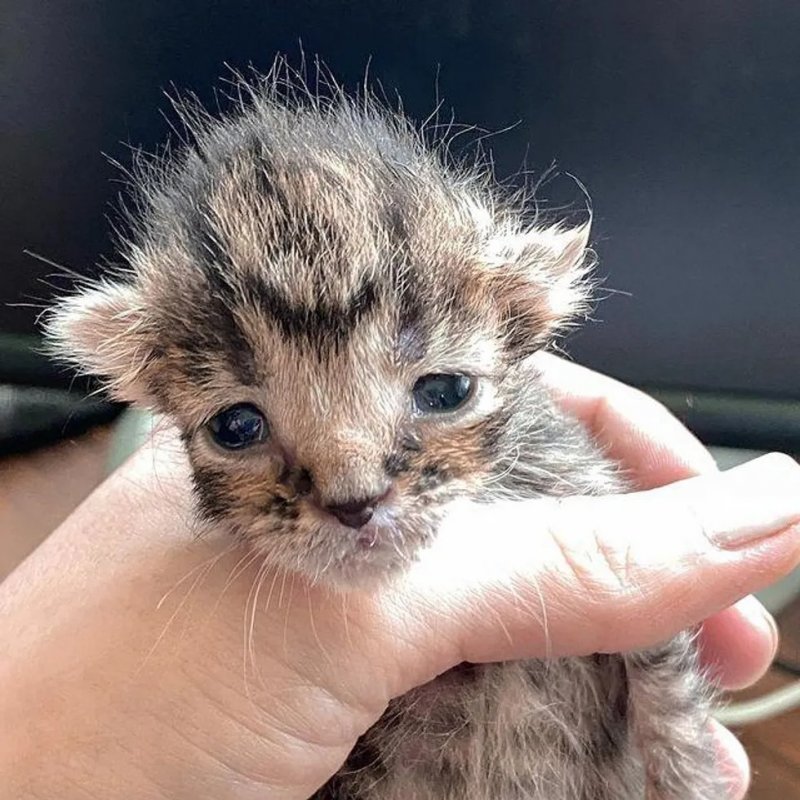 The baby was given the name Cricket. She developed very slowly, and the guardians were worried about her health. When Cricket was 3.5 weeks old, she was still weak and about the size of a two-day-old kitten. 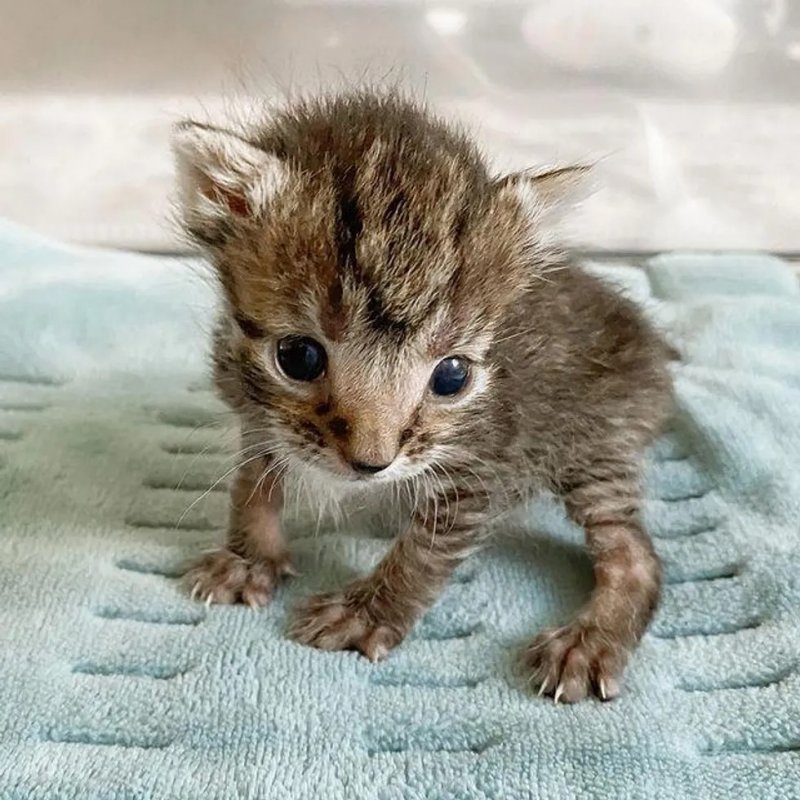 But despite all the difficulties, the cat was strong and brave. Cricket had an excellent appetite and quickly gained weight. After another 10 days, she reached the size of a week-old kitten and became much more active. 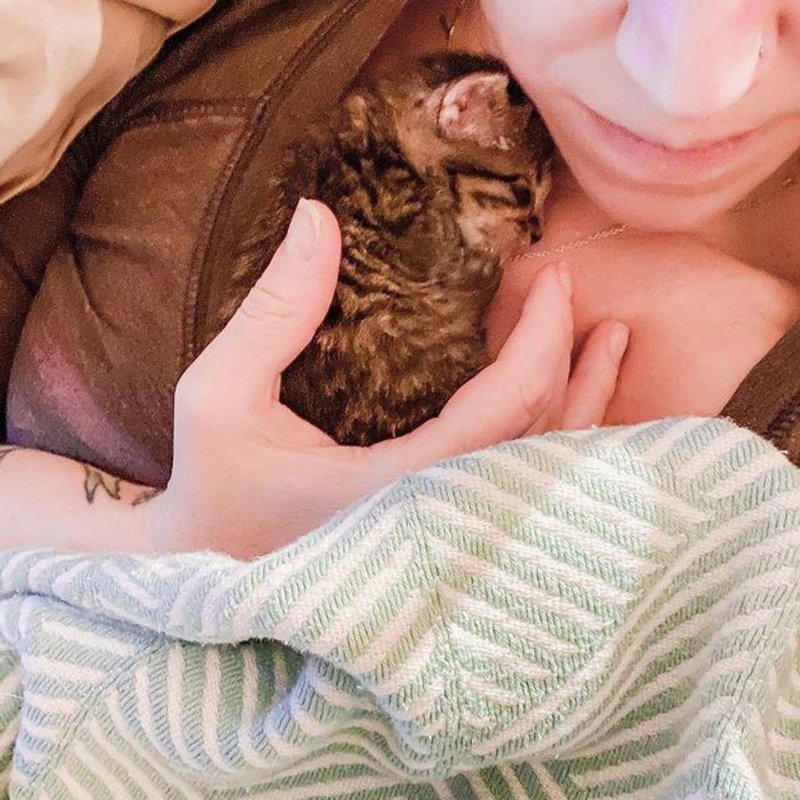 Little by little, the baby began to learn to walk, play and ask for affection from the guardian. Later, Cricket began to explore the house with great curiosity – the guardian only managed to keep an eye on her. 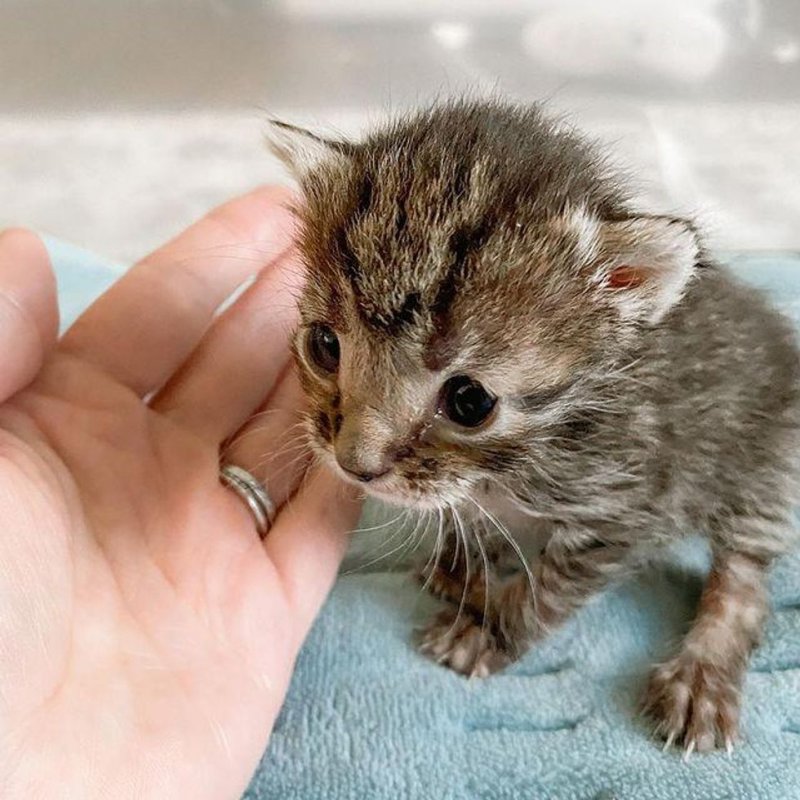 Cricket grew up as a very gentle and affectionate girl. She constantly asked for attention and purred loudly in the arms of her guardian. A little later, she learned how to properly use the tray and eat solid food – these were already significant achievements! 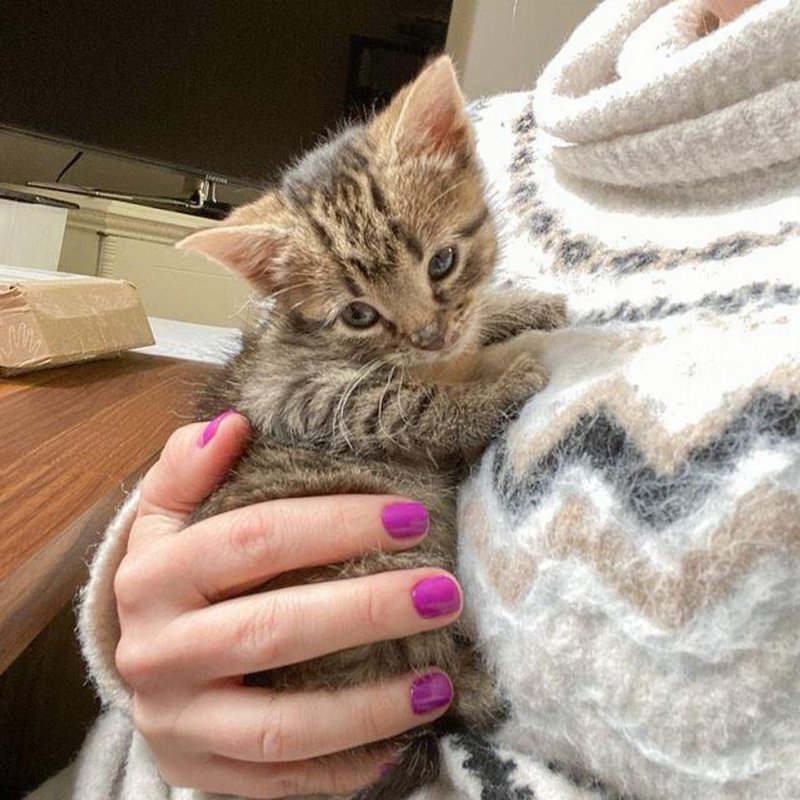 Now they are looking for permanent owners for baby Cricket. “I’m so proud of how far this kitty has come. We spent eleven weeks side by side with this wonderfully affectionate creature that loves hugs,” says the cat’s guardian. 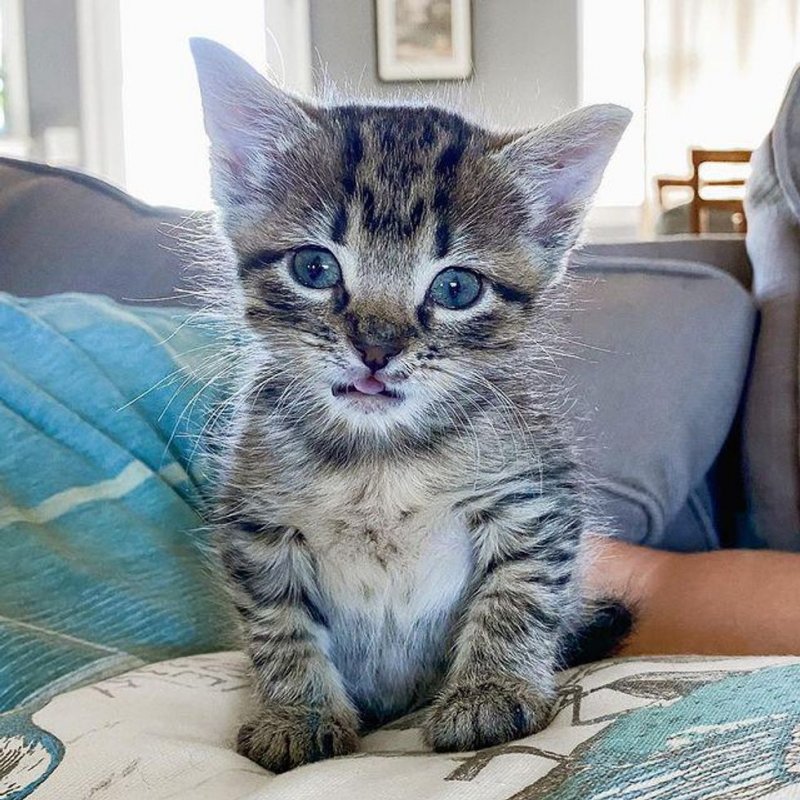 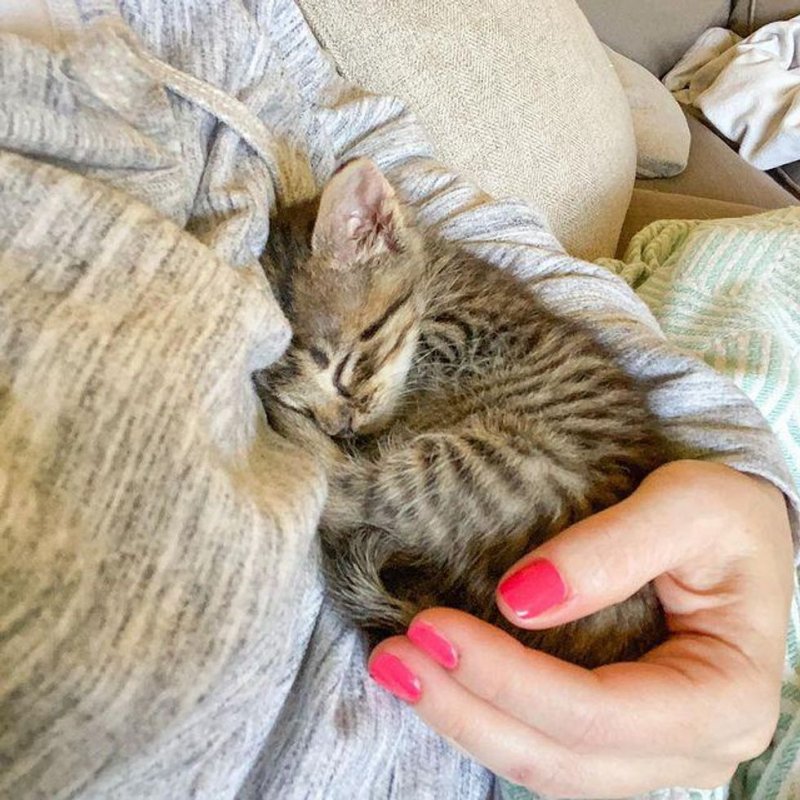 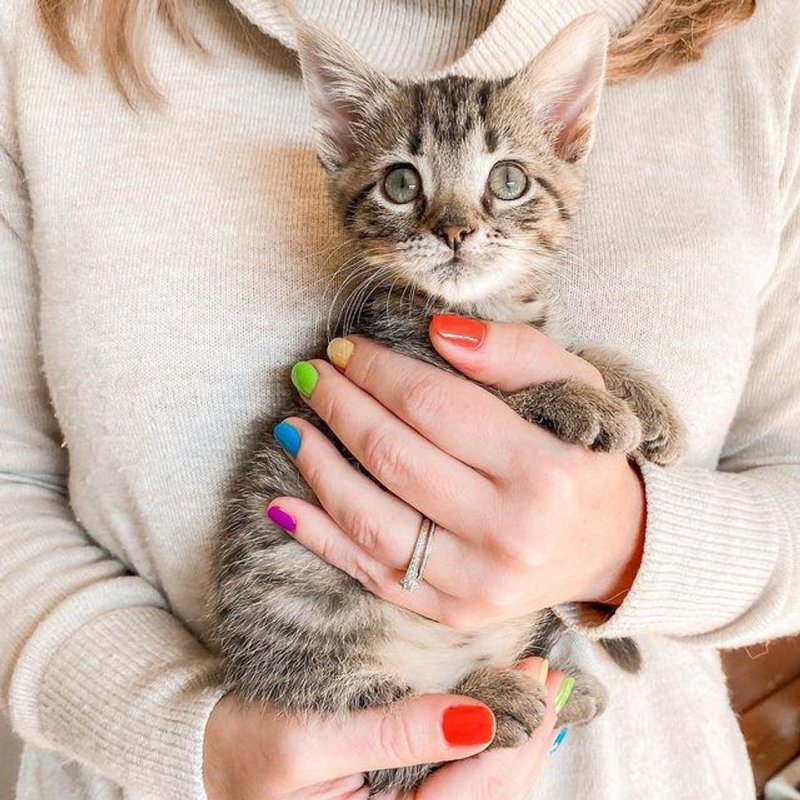 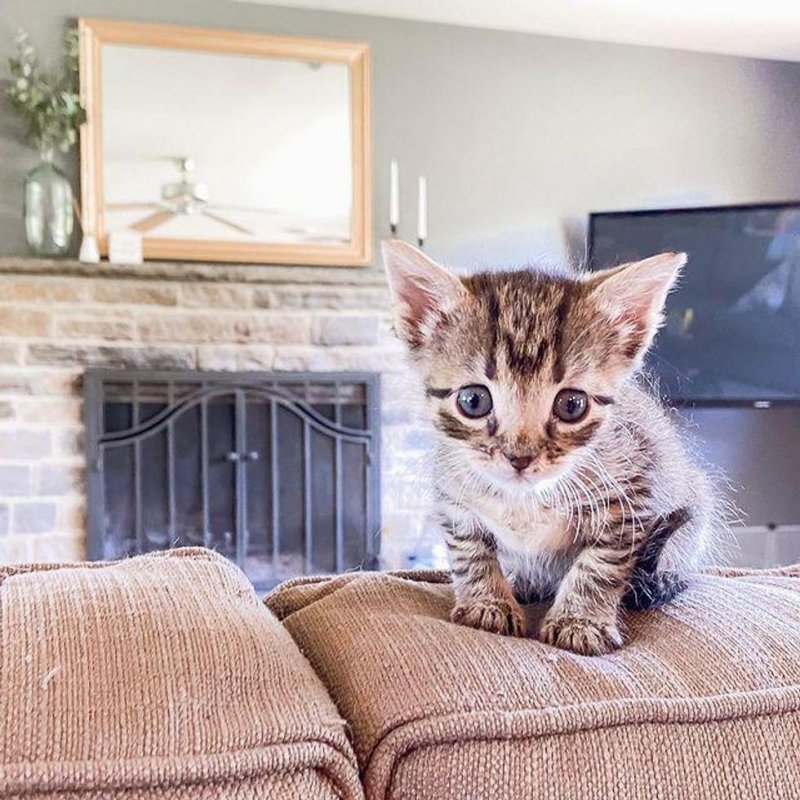 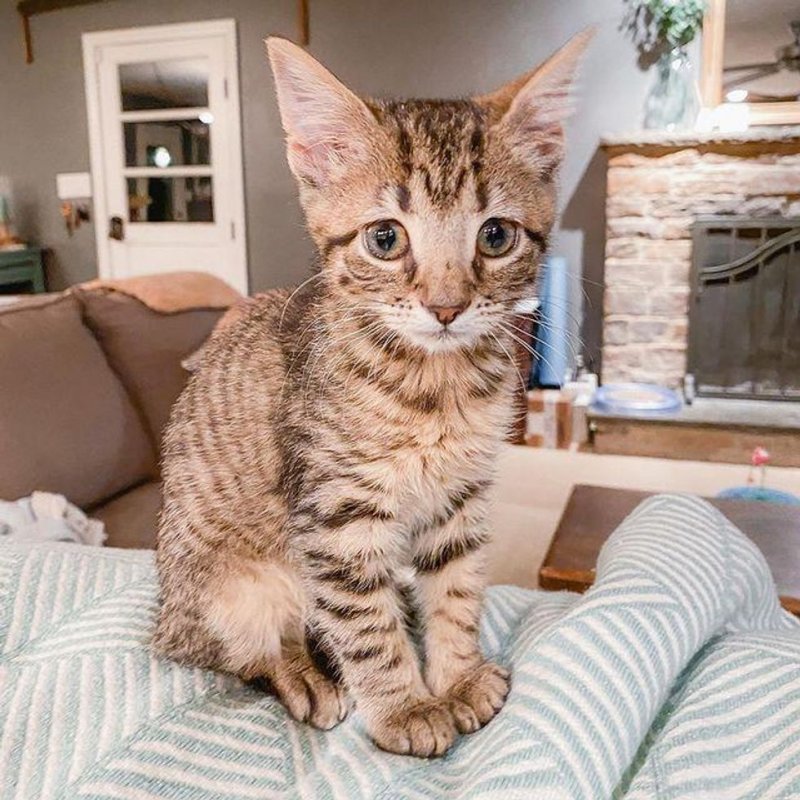 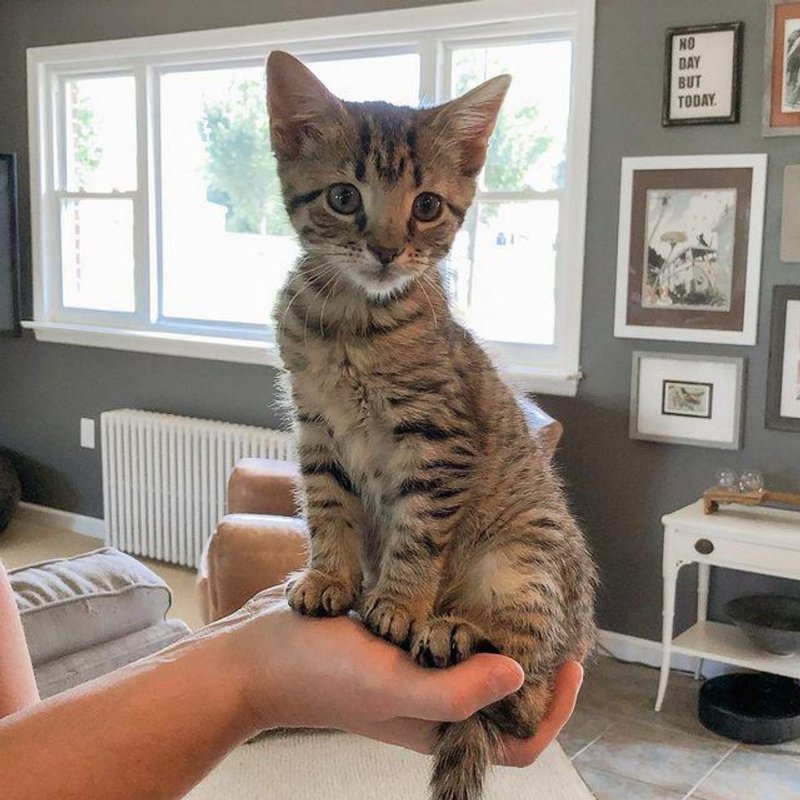