Do good and then throw it in the water, as the saying goes. After all, good deeds should be selfless, spontaneous, and unaffected by challenges. 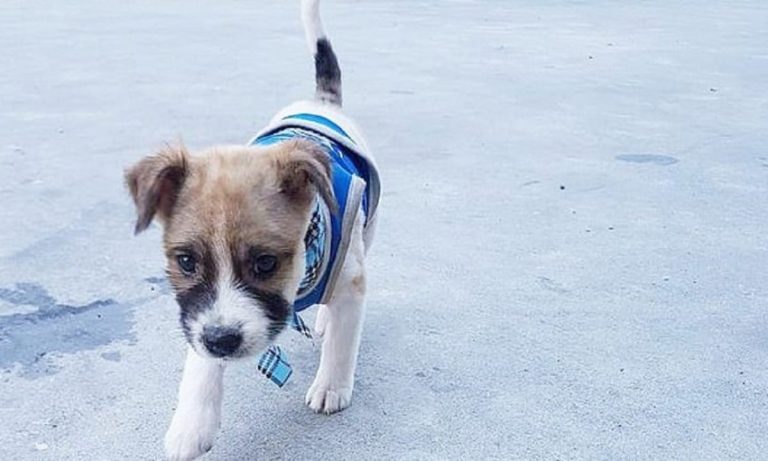 Hemjira Klongsanoon, 43, was born in Bangkok. She owns two dogs and understands the difficulties that come with raising and caring for these animals. During the marathon, a woman noticed a small puppy on the side of the track; there were no houses or people in the area. The athlete brought her baby, but she did not abandon the race and finished it. 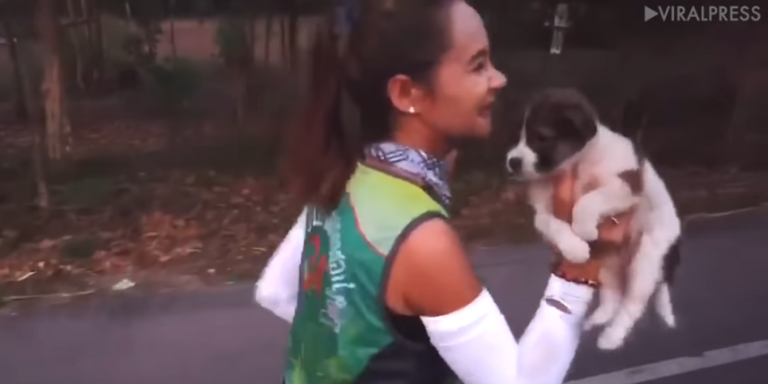 Hemjira says, “It appeared to me that this little guy was going to die. There were no nearby houses, other dogs, or people. So I went out and bought a puppy if only to keep him out of harm’s way.” 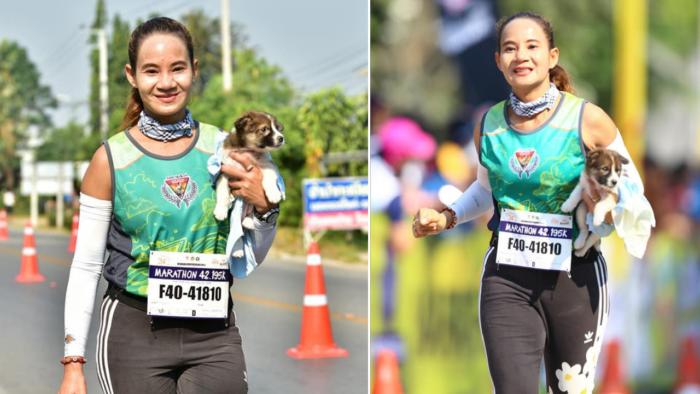 Because it is not mentioned in the marathon rules, no one intervened in this situation. The little traveler, on the other hand, piqued the interest of the other participants.

Hemjira did not win the marathon, but that is not the most important factor. 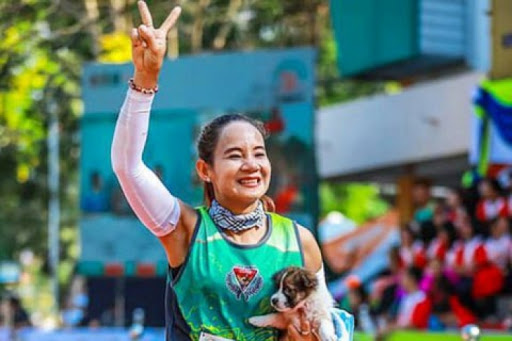 She then brought the puppy to the vet. After being examined and receiving the necessary vaccinations, the baby was taken to his new home. He was discovered to be a Thai bangkwa or bangkeu thoroughbred dog rather than a cur. 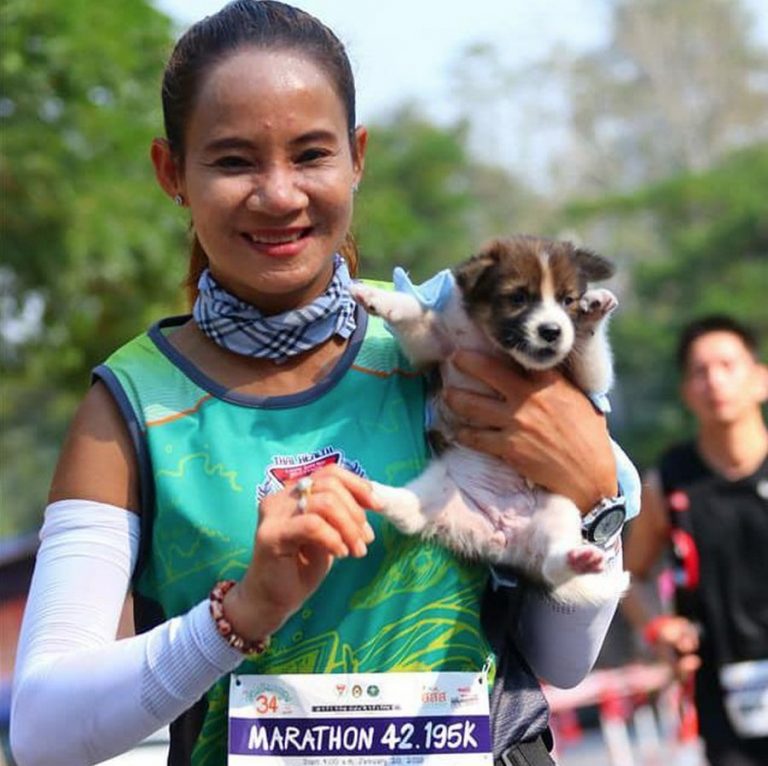 The woman named the dog Chombueng after the marathon’s location. 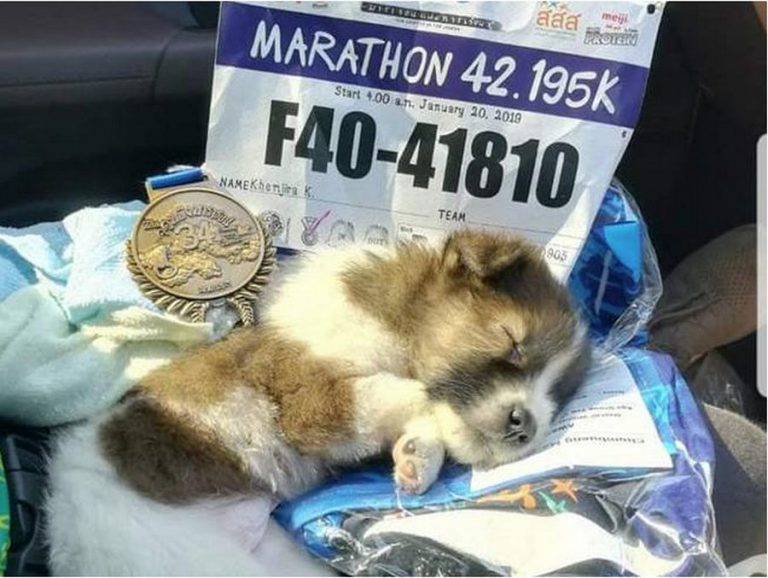