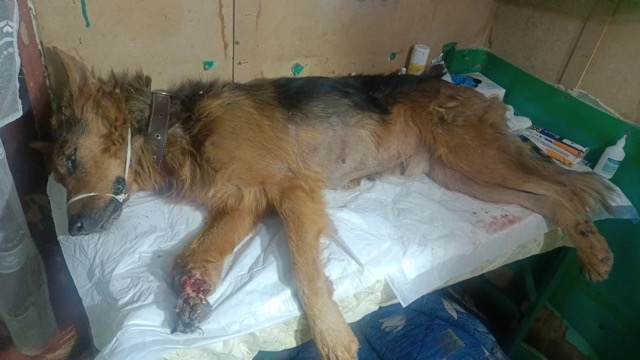 In a phone call, the girl said she saw a dog with a wire on its paw that needed help. It was not possible to catch the rushing animal, so a professional catcher was called. It turned out that there were two dogs and both got tangled in the wire.

In the care of one of the animals, there was a clip indicating that it was sterilized, but how reliable this remains to be seen. Situations when the clip is hung, but the animals are not sterilized, are very common.

The dog was named Jasur, the veterinarians determined its age as 4-5 years old, the girl was named Jaga. 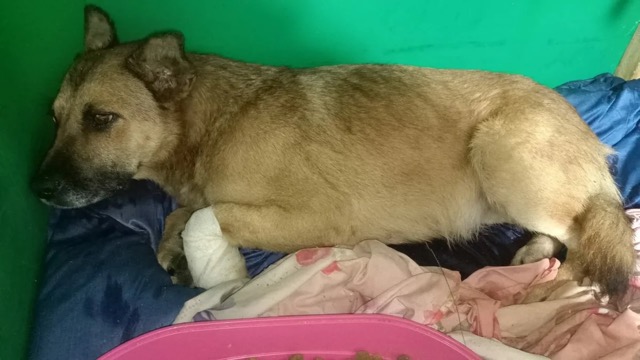 The animals fell into the snares placed by one of the men in front of his house. Not only animals but also children can fall into such a trap. 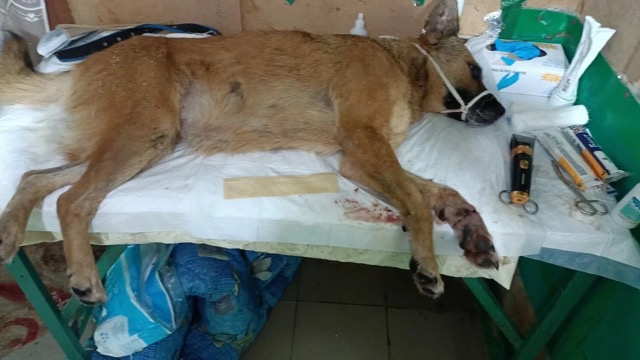 The wire caused quite serious injuries, both dogs were sent to the veterinarian and they have to undergo surgery. In total, we sent 4 dogs to the doctors, over the past few days we have received many animals that need serious treatment.