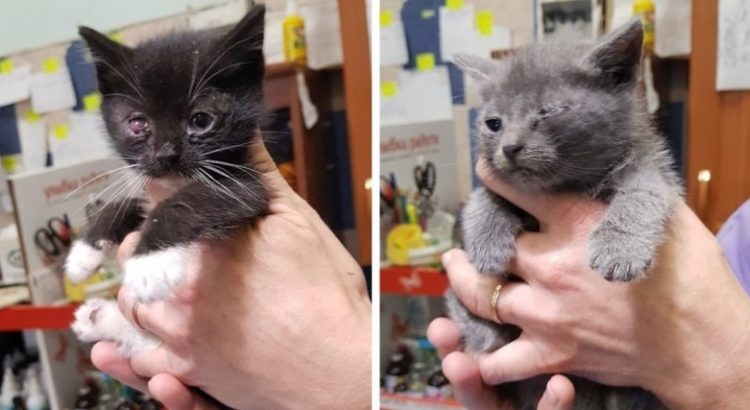 Two tiny squeaking kittens fell into the hands of Ksenia, a volunteer from the Miley shelter, sick and sad. Both babies had problems with their eyes, but the girl, experienced in dealing with animals, was not afraid of such difficulties. 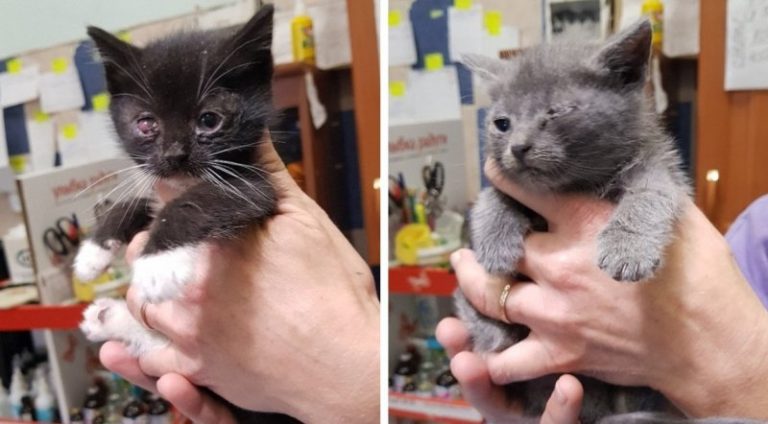 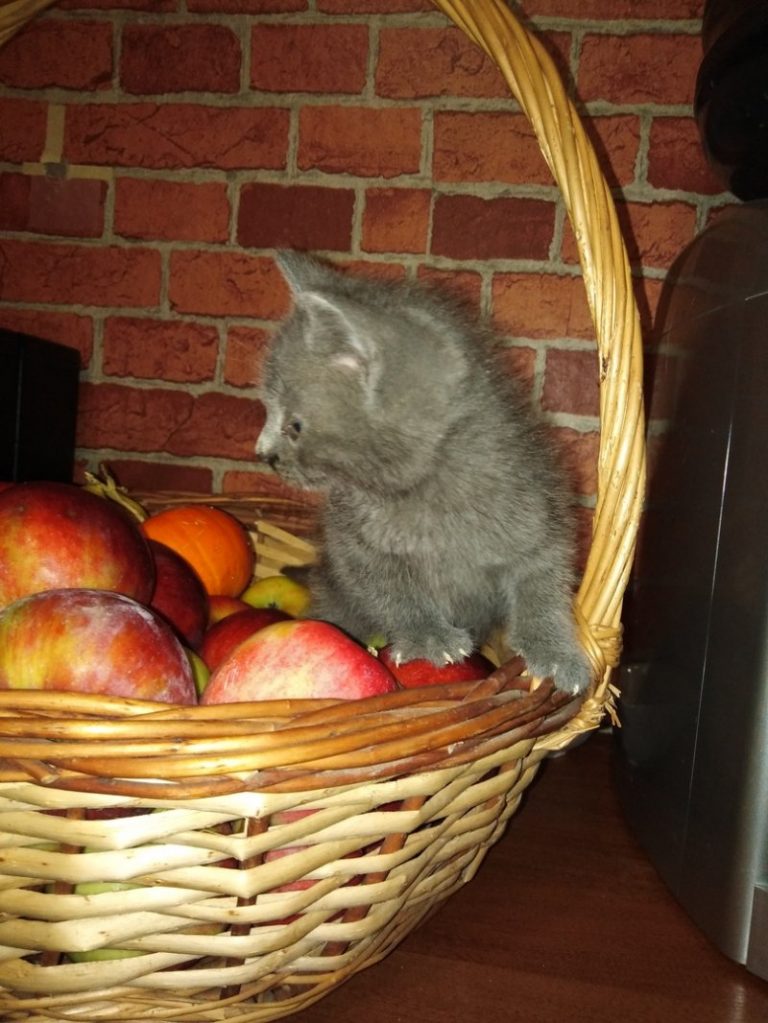 She named two babies in an original way: Concrete and Tar. Gray Concrete recovered quickly enough, and the disease did not affect his vision in any way. The energetic naughty, similar to British cats, was quickly noticed by Vera’s family – this is how one of the brothers found his home. 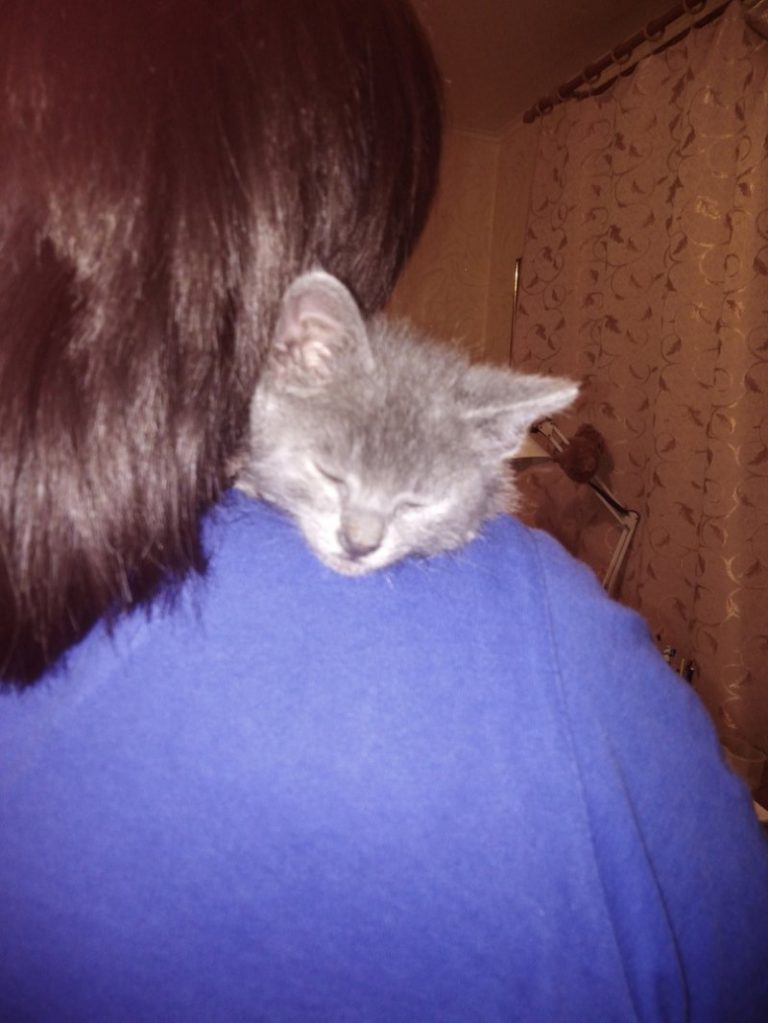 Concrete really liked living in Vera’s warm and cozy house, and he quickly realized that a new, happy chapter had come in life. 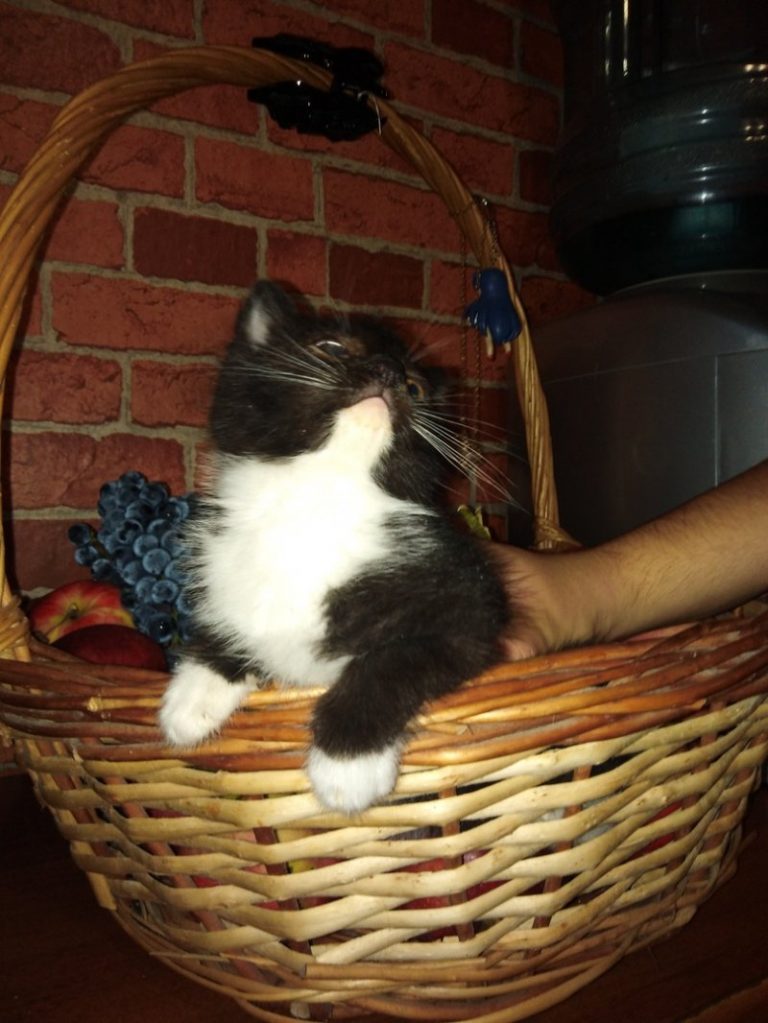 But the fluffy Tar was very upset when he realized that his brother was no longer next to him. The kid was crawling and looking for his friend, meowing and looking around. Unfortunately, his vision problems were serious: he did not see very well with one eye, but this did not interfere with him at all. Ksenia even joked that thanks to this, all other feelings were aggravated by Tar, and he could look for lost things. 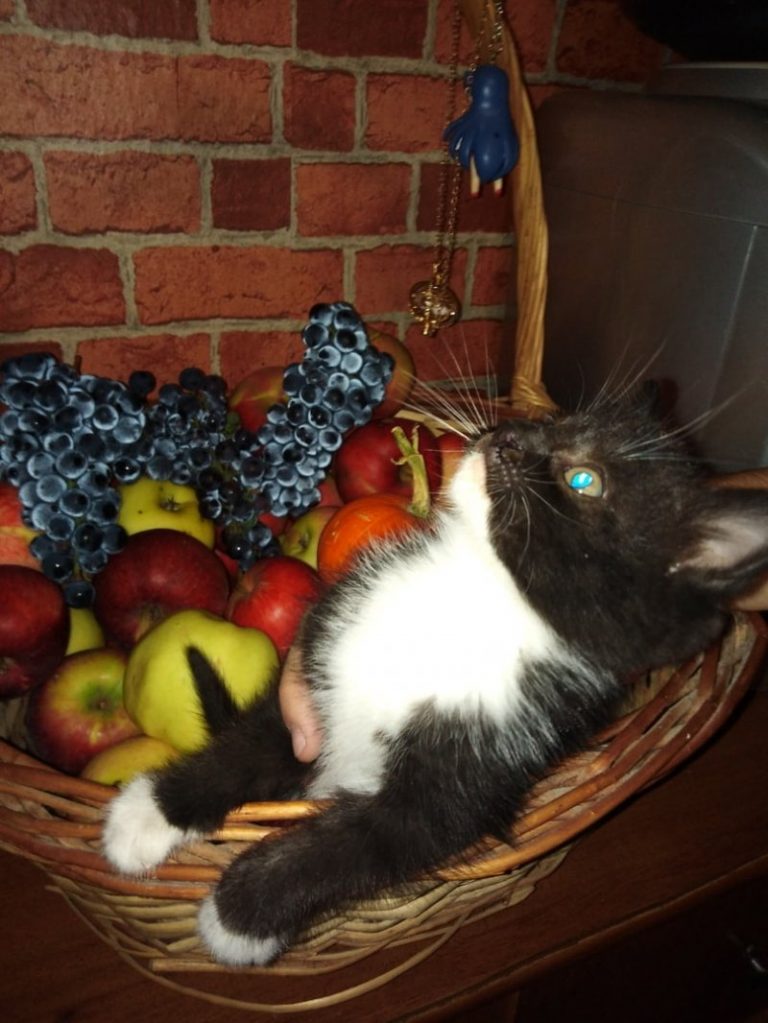 Tar missed his brother very much, and Ksenia was worried about her separated wards. Unexpectedly, Vera, who took Concrete, decided to correct this situation! 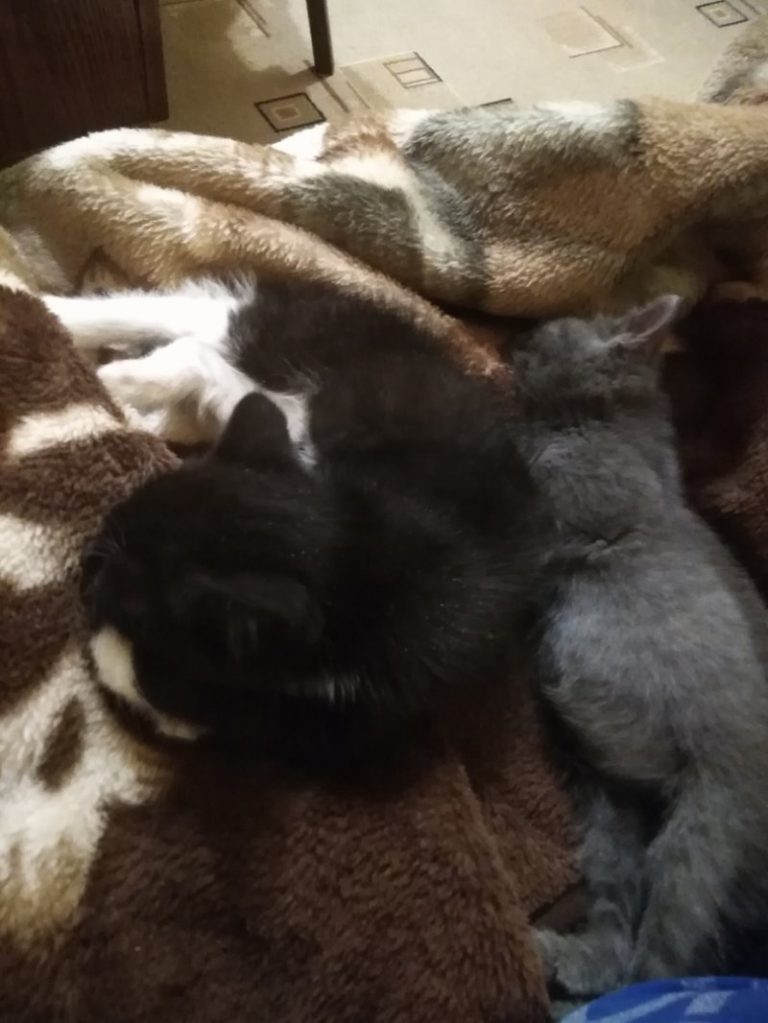 After only a couple of days apart, the brothers reunited under the roof of Vera’s house, who decided to “adopt” both kids. The playful kittens were overjoyed to meet each other and were soon sniffling happily together on a blanket in their new home. 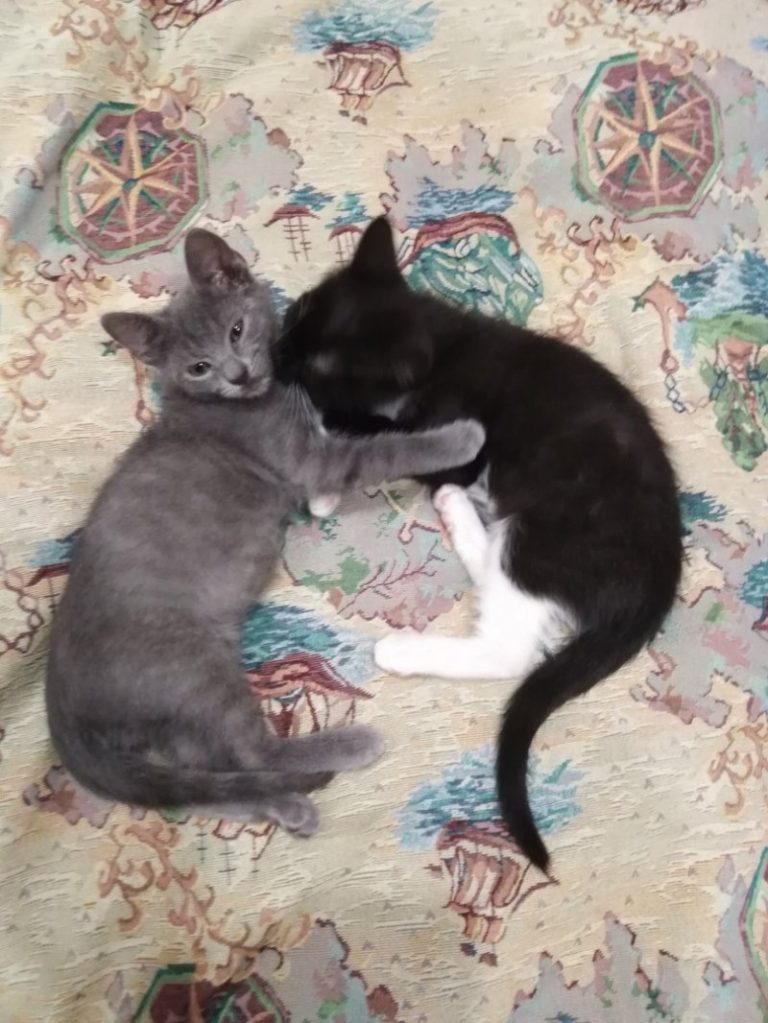 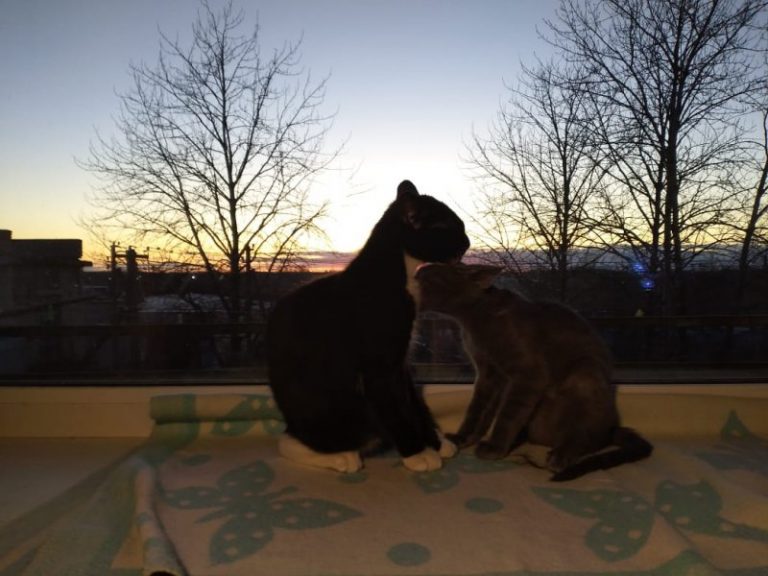 This is how the inseparable brothers Concrete and Tar found their home and their happiness. Thanks to the kindness of Vera and her family members, two fluffy tails now do not get tired to please their owners, and they answer them with their love and care.