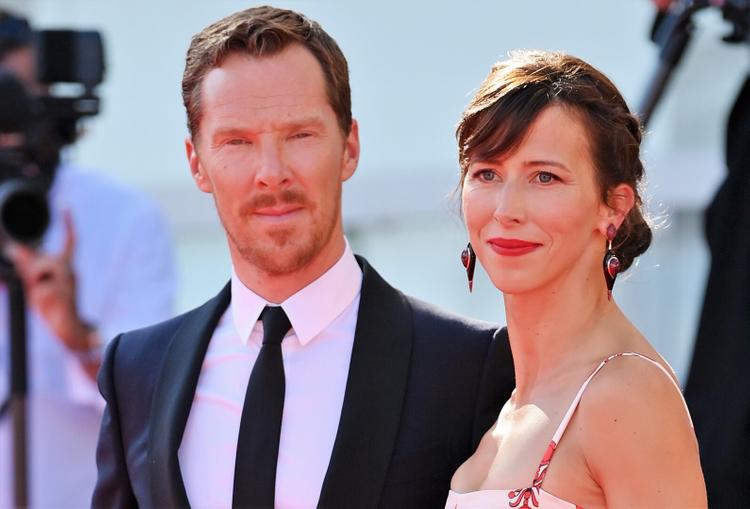 These famous artists were born either with a very unusual appearance or with developmental features. But their differences did not stand in the way of success in Hollywood and in building a happy relationship. Their wives are also often famous people.

Denis DeVito is an actor with perhaps the most memorable appearance. The artist, whose height is only 147 cm, has built a successful career in Hollywood and a happy family. 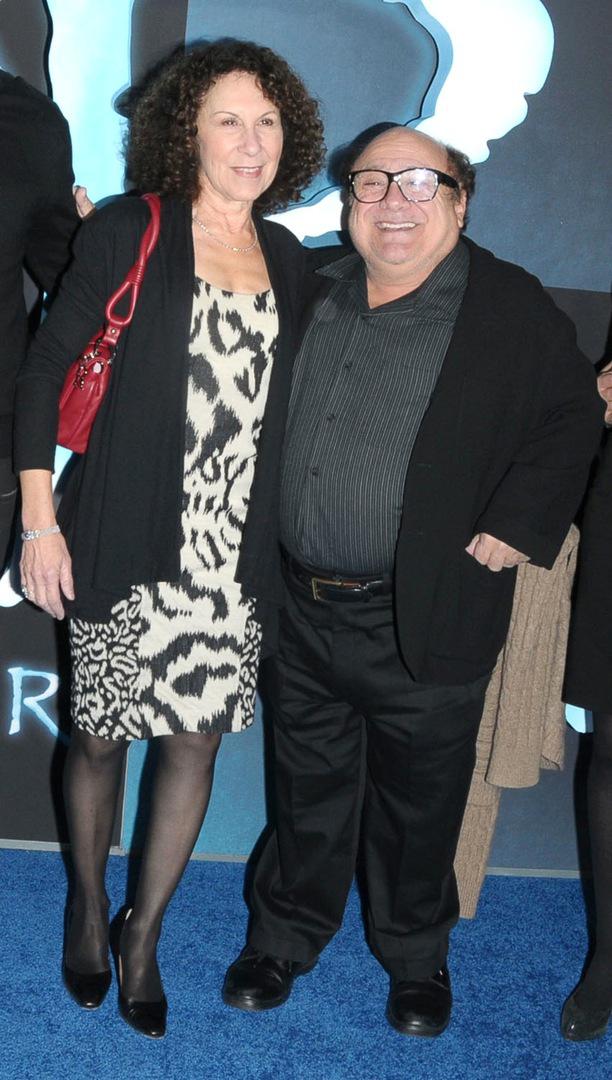 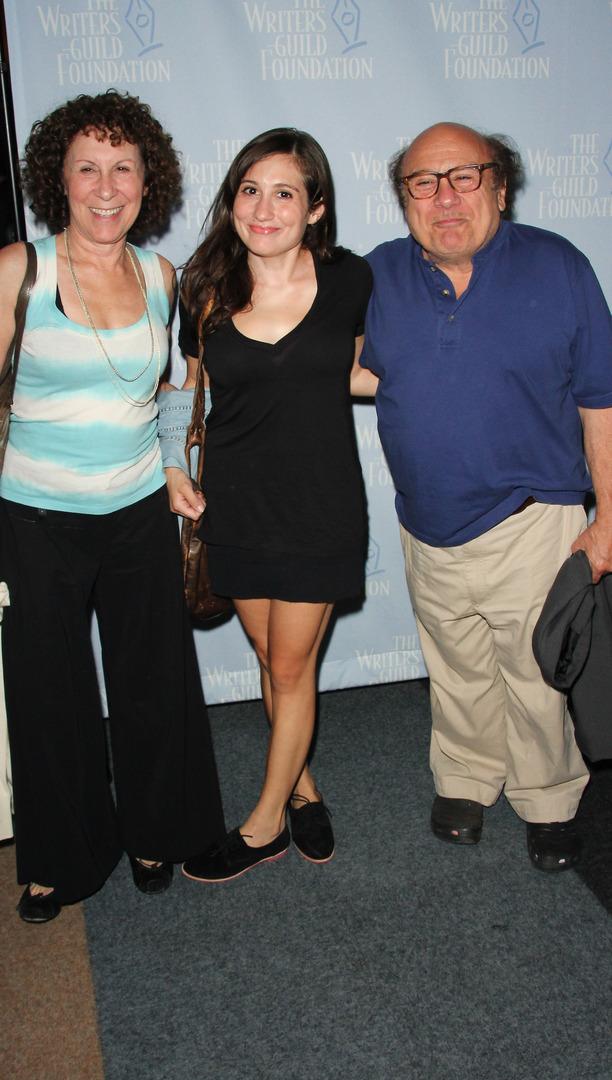 Rhea and Danny have been married since 1982.In 1982, Danny married actress Rhea Perlman. She is known for her roles in the films Matilda, We are back! History of the Dinosaur “and many others (her filmography includes more than 100 works).
Rea is slightly taller than her husband, her height is 152 cm. In life, they look like a harmonious and happy couple. The couple has two adult daughters and a son.
Their marriage also had crisis moments. In October 2012, Rhea Perlman and Denis DeVito broke up but reconciled a year later. A few years later, they parted again, and then again began to live as a family. Now the spouses live in different houses, but they are not going to get divorced.

The star of Sherlock, Atonement, and dozens of other blockbusters was in no hurry to part with the bachelor lifestyle for a long time. Benedict had a 12-year affair with actress Olivia Poolet, after which he dated designer Anna Jones. 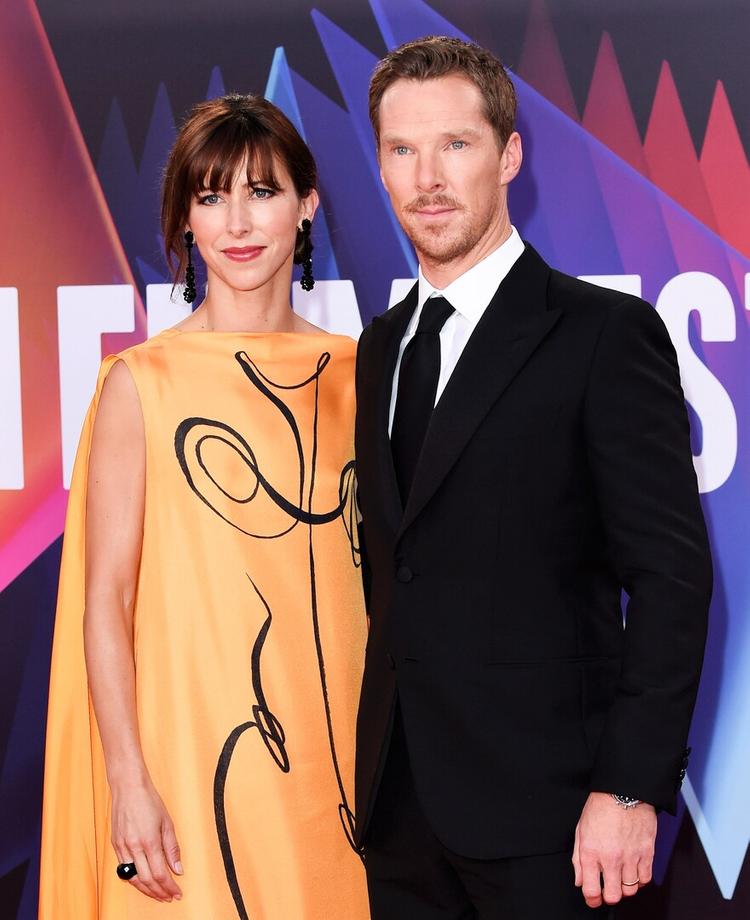 In 2013, the actor stated that he lives alone, but hopes that he will soon have a family and, of course, children. And just two years later, his parents announced that Cumberbatch had married. His chosen one was the actress Sophie Hunter (“Vanity Fair”, “My Movie Life”).
In a short time, three sons Christopher, Hal, and Finn were born into the family. The actor calls his wife a real beauty, and treats his appearance with humor, noting that he reminds himself of a funny otter.

Thanks to his unusual appearance, Ron Perlman regularly gets roles in science fiction films (Hellboy, Adventure Time: Distant Lands). The actor said that friends often send him photos of Maine Coon cats, whose muzzles look like his face.
Despite the fact that the appearance of Ron Perlman cannot be called even close to the canons of beauty, he has always enjoyed the attention of women. At the same time, the actor was happily married to Opal Perlman for almost 40 years. The couple became the parents of a daughter and a son.
However, in 2019, Opal filed for divorce. She took this step after the appearance in the press of photographs of her husband, in which he kisses his partner in the Startup series, Allison Dunbar. The divorce was finalized in 2021. For the rest of Opal’s life (or until her next marriage), Ron will pay maintenance to his ex-wife in the amount of 12.5 thousand dollars a month. In addition, she received a mansion and a car.
That same year, Pearlman and Dunbar became engaged and began to appear as a couple.

The growth of the star of the series “Game of Thrones”, “Parts of the Body” and other films is only 135 cm. Peter Dinklage suffers from one of the varieties of dwarfism. But this flaw did not become an obstacle on the way to Hollywood and happy family life. 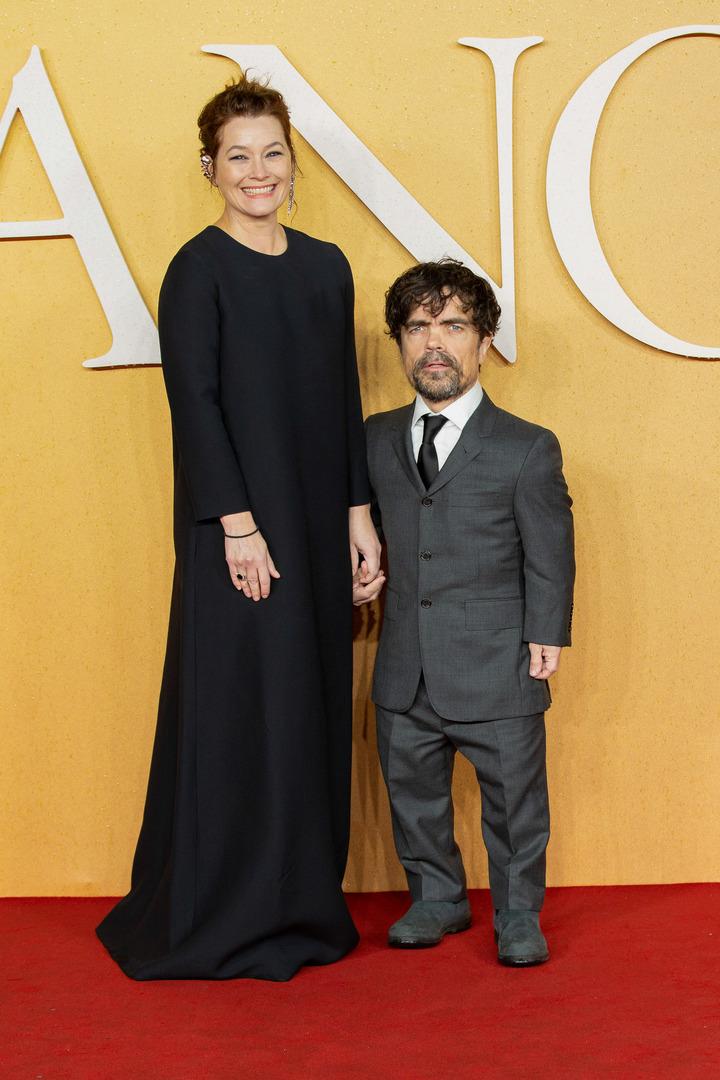 In 2005, the actor married theater director Erica Schmidt. Her height is 168 cm. Peter is not at all complex next to his wife and is even proud that such a beautiful woman is next to him. And Erica can wear heels during the exit to the red carpet.
In 2011, Dinklage and Schmidt became parents, they had a daughter, and in 2017 another child was born, whose gender they hide.

Action hero Danny Trejo is an interesting and controversial person. There was a lot in his life: problems with the law and addictions, success in films, and many wives and children. The actor does not like to go into the details of his personal life, so the data on his life partners vary. 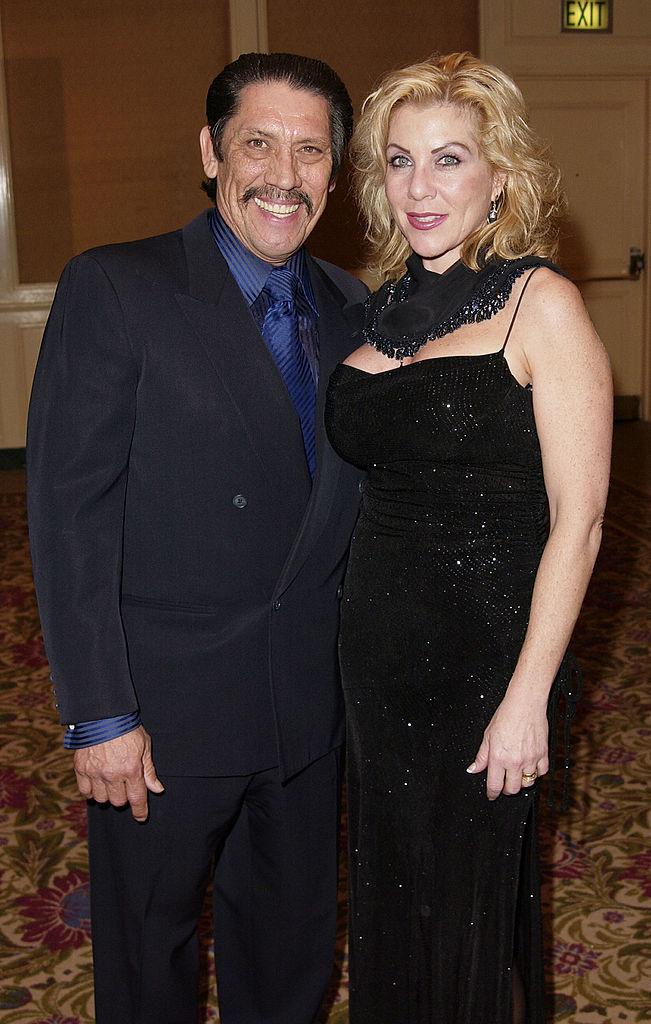 Trejo said he had four divorces. He is silent about how many novels and civil marriages he had.
One of the wives, Maeve Crommie, gave birth to the actor’s son and daughter. They are already adults and in many ways repeated the path of their father – they went through the trials of bad habits and got into the film industry. Trejo has a son, Danny, who was born to him by Diana Walton.
Trejo lived with Debbie Shreve for many years. For a long time, they hid that they had children, but over time they began to appear in public with a teenage daughter.

The unusual structure of the head and body of the actor (elongated skull, distorted facial features, long fingers) is due to Marfan syndrome. Because of this, Vincent Schiavelli got the roles of insane, sick people or characters with disfigured appearances. 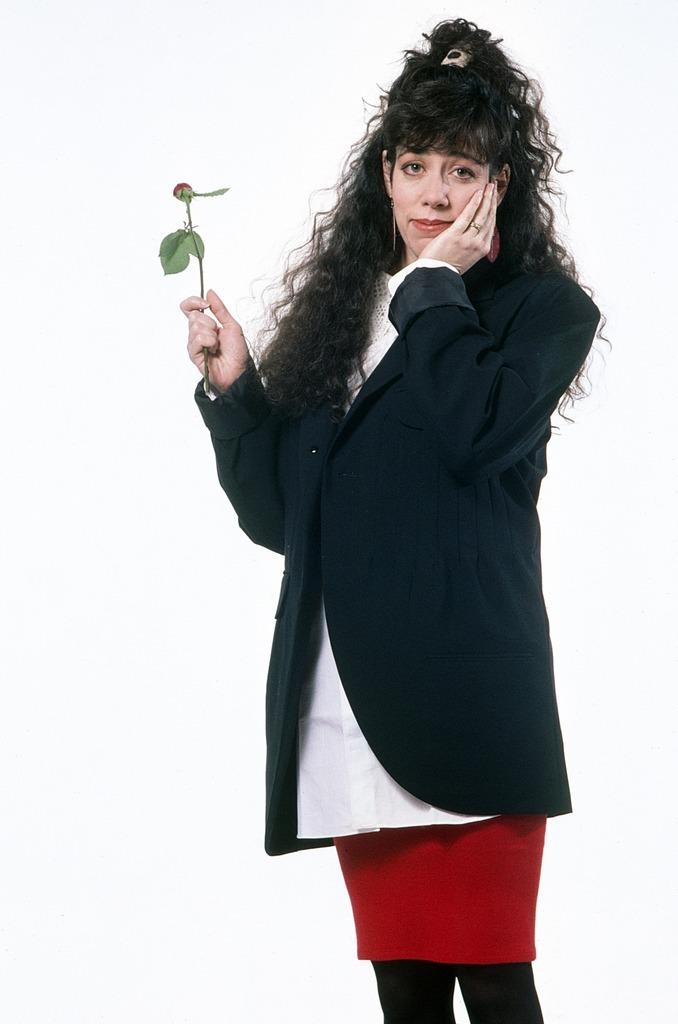 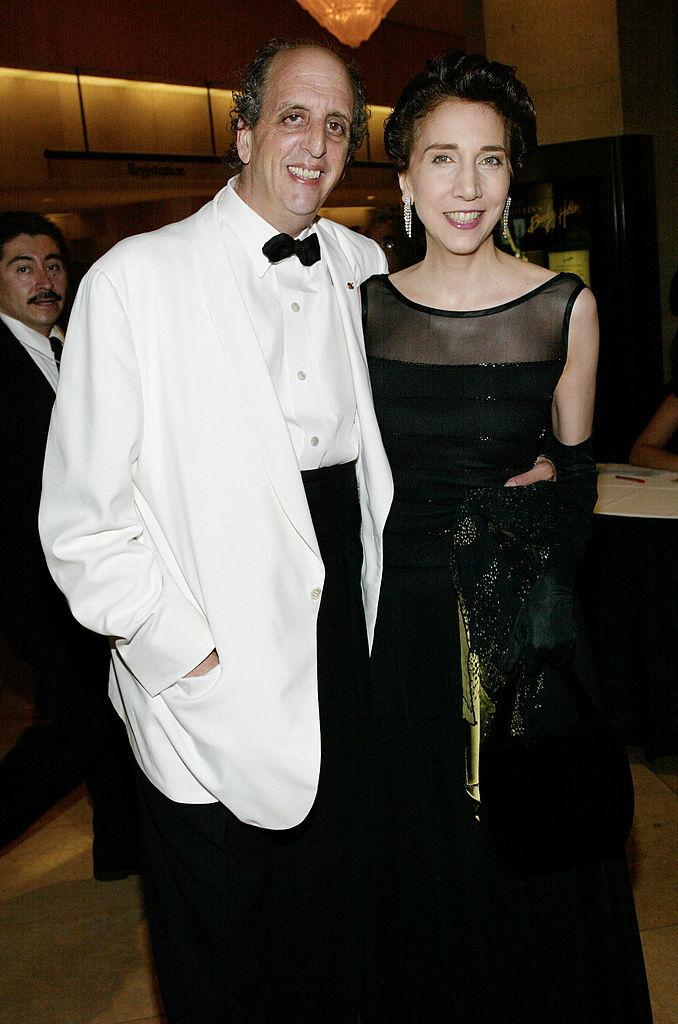 Vincent has been married twice. His first chosen one was the actress Ellis Beasley, known in Russia for the TV series Moonlight Detective Agency. Their marriage lasted only three years, during which time the couple had a son.
Schiavelli’s second wife was musician Carol McHalian, with whom he lived until his death from lung cancer in 2005.

Steve Buscemi got into the movies after working as a firefighter for several years. Over the years that he has been filming, he has earned a reputation as a sharp-witted, talented and respected actor, despite the fact that he rarely gets the main roles. Often Steve plays negative characters: maniacs, bandits, killers. 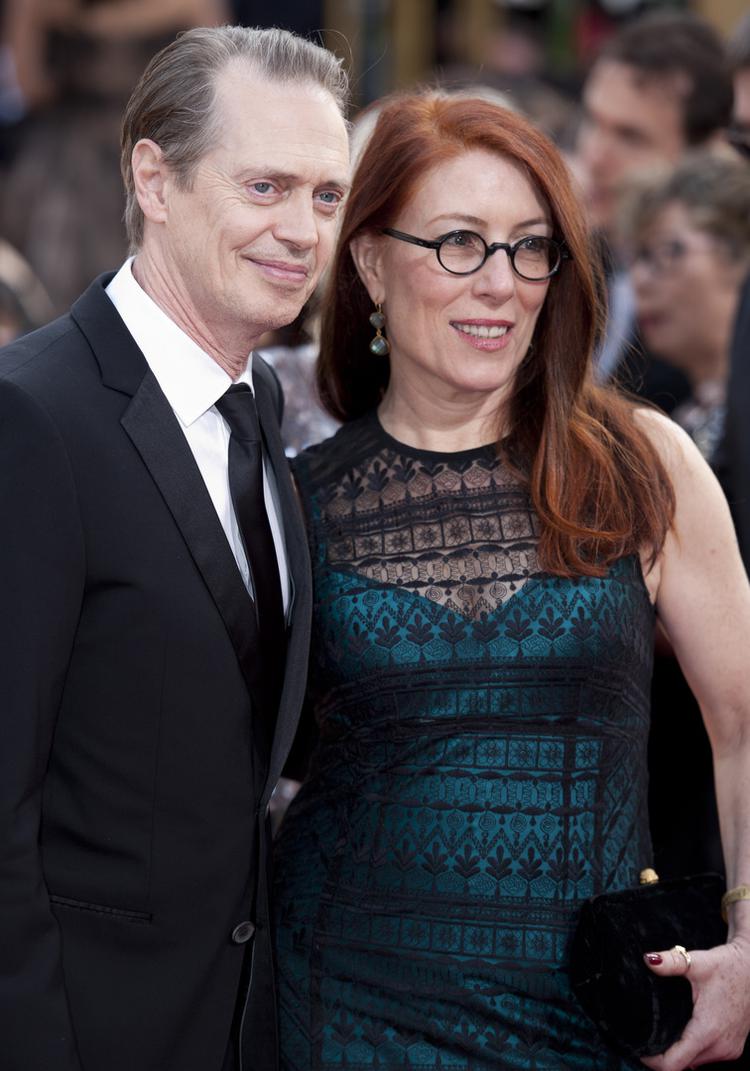 Steve Buscemi has been married once. For 32 years he lived in a happy marriage with producer, screenwriter, and actress Joe Andres, the couple has a son. In 2019, Jo died at the age of 64 from encapsulating peritoneal sclerosis.

Terrible, unusual – the first thing that comes to mind to those who see Michael Barryman. And he is successful and happy. The actor was diagnosed with 26 different pathologies and syndromes that affected his appearance. His facial features are irregularly shaped and he has no hair. Therefore, his extensive filmography consists of continuous horror films. 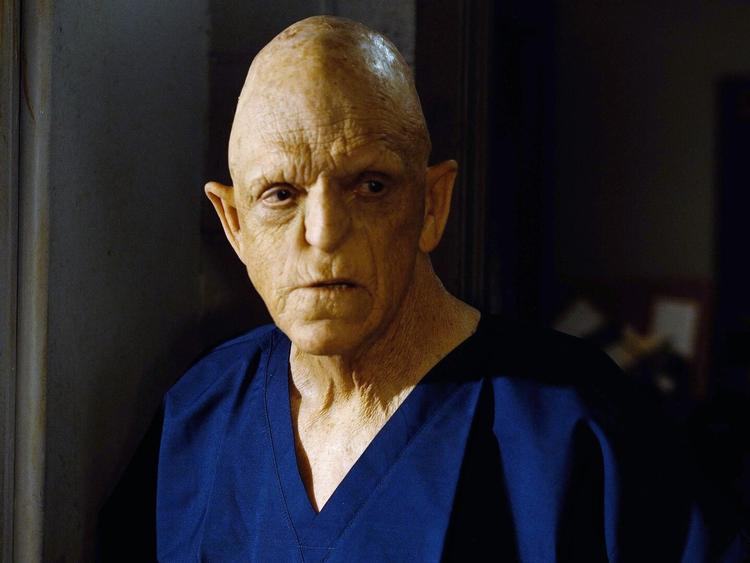 Barryman is known to have been happily married for many years. But his wife Patricia does not like publicity. She does not appear with her husband at film parties. There are several photos on the Web in which the actor is allegedly depicted with his wife, but there is no evidence that it was she.

The height of Warwick Davis is 107 cm. He is one of the most famous dwarfs in the history of cinema. His most famous roles are the Leprechaun in the horror series of the same name, the robot Marvin in The Hitchhiker’s Guide to the Galaxy, two characters at once – Professor Filius Flitwick and the goblin Griphook – in the Harry Potter films, and others. 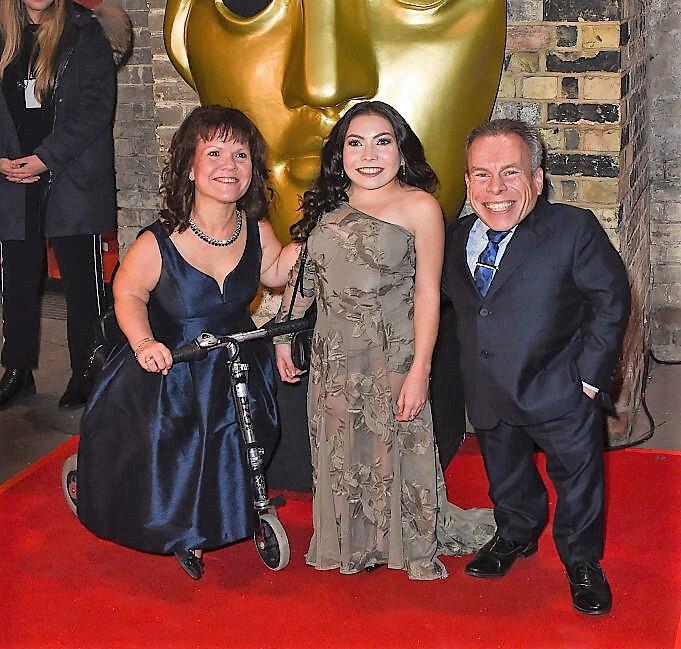 Warwick has been married for more than a quarter of a century. His wife is also short (she has achondroplasia). The couple have a son and a daughter, both of whom inherited their father’s disease of dysplasia.