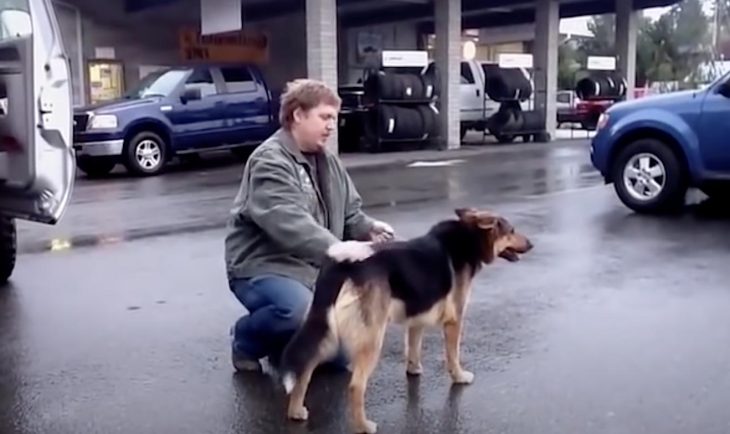 Dogs are often put on a chain to guard a house, warehouse, or any other important place for a person. And few people think about how they need to sit on a chain that affects the psyche of the animal. About the story of the liberation of a dog that spent all his life on a leash.

This dog had a pronounced aggressive behavior when an organization that controls pets and catches stray people became interested in it. She did not let anyone near her and barked very aggressively at those who tried to approach her.

But the man who dealt with her release did not show any fear. He slowly approached the animal and even extended his hand, which caused an even stronger attack of barking. Over time, the dog stopped rushing toward him, literally strangling himself with a chain. She moved to the booth but continued to bark loudly.

Then the man managed to attach a leash to her and unhook her from the chain. The dog did not understand what was happening and even tried to bite his liberator. But then, by cunning, the man was able to lure the animal into the carrier.

Literally, half an hour later, the dog completely calmed down and stopped throwing itself at its savior: the camera captured how the animal calmly stands on the city street and allows itself to be stroked.

Over time, the dog is absolutely socialized. He learned to play, ride in a car and show interest in a person. This story proves that even the most aggressive and broken dog has a chance to recover if the right person is around.