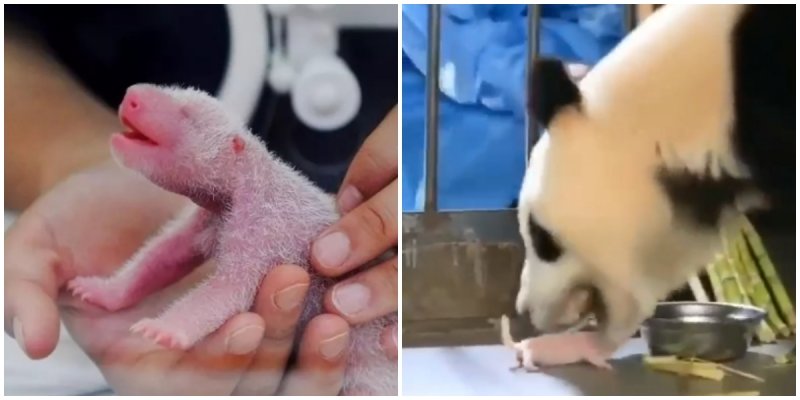 Among mammals, pandas have the biggest difference between mother and cub. Babies are born with a length of only 17 centimeters and a weight of 200 grams. According to recent research, panda cubs are born prematurely. Why did evolution decide this?

Pandas are strange animals. First, they are predators by nature. Their stomach and mouth are designed to digest meat, but pandas stubbornly eat plant foods. Second, pandas breed very slowly. In fact, the female is able to give birth twice a year, but this is rare. On average, she can have one baby per year.

Panda cubs are born very small compared to their mothers. This phenomenon is typical for marsupials, but pandas are placental mammals. Babies are born almost prematurely and are already growing up in the big world next to their mothers. 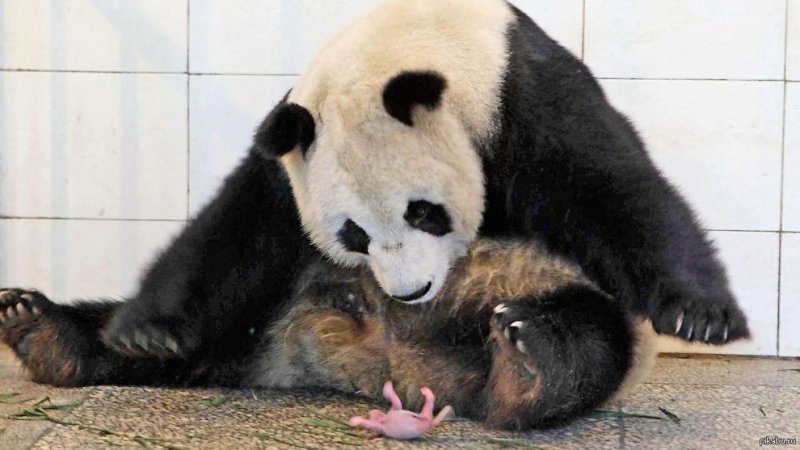 There is no consensus on this, but there are two theories. First, pandas may be descendants of a cross between a raccoon and a bear. Thousands of years ago they were much smaller than they are now. Over time, the bears themselves grew up, but the parameters of the cubs did not change. 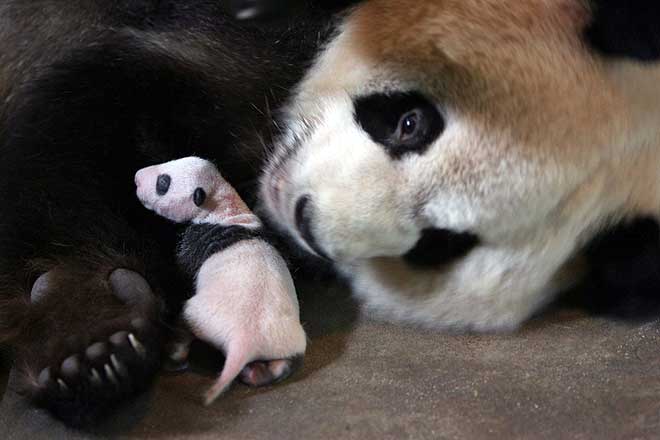 The second theory is that pandas have no enemies in their habitat, so they deliberately give birth to tiny babies in order to protect themselves. Agree, it is much more convenient to give birth to a small cub than a large one. Since the panda has almost no external enemies, she has no one to run away from and hide the baby. Therefore, you can slowly give birth to premature babies and just as slowly raise them. 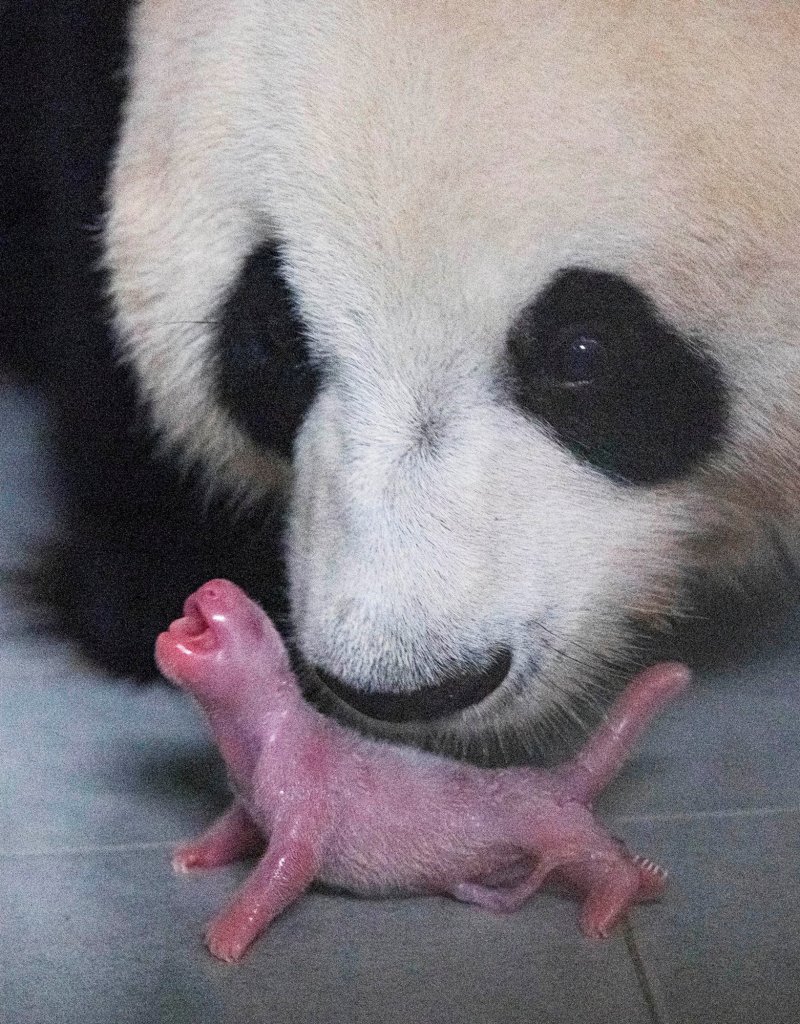 One way or another, panda babies are tiny, fragile, and cute cubs. Mom feeds her child 14 times a day so that he grows quickly and gains weight. After half a year, the baby already weighs 20 kilograms and looks like a real panda.