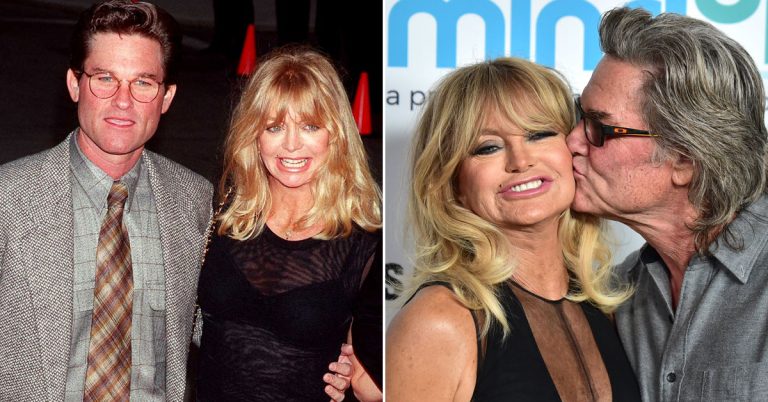 Is legal marriage so important for a relationship?

A marriage proposal is considered the highest manifestation of love. After all, such a responsible step requires you to be completely confident in your decision, in the desire to live the rest of your life with this person. However, many couples feel great even without a stamp on their passport. The most striking example is Kurt Russell and Goldie Hawn.

They met while still very young in 1968, but the history of their relationship dates back to 1983. It was then that Kurt first called the actress on a date. Their romance could have been short, like most romances between actors, if not for the children. Goldie came to the set with children from her first marriage, and Kurt quickly became friends with them. Then he realized that it was for a long time.

By 1986, when the couple had a common child, they were already a strong couple. Naturally, everyone started talking about an imminent wedding, but the lovers did not plan to tie the knot at all. In 1989, they even pranked the audience during the Oscars, when Kurt allegedly wanted to propose right on stage.

“A wake-up call every day: do I want to be with this person? Do I want to be in this relationship? Am I ready to give something? How can he thrive, and do I want to be around him? No marriage, no ceremony, no ring will determine this truth, ”Hawn answered reporters in 1991 when asked why they had not yet married.

The same opinion about marriage and Russell. He believes that what people go through together will happen one way or another regardless of whether they are married. Couples living together experience the same feelings, and the wedding will only give an official form that will not affect their relationship in any way.

But it’s one thing to fall in love, and quite another to keep passion and feelings for each other for years. And Goldie has this little secret that helps her and Kurt keep their feelings always bright. For her, a happy relationship stands on three pillars: family, fun, laughter, and sex.

“Love, gratitude, and empathy. Sometimes every man and every woman can drive their partner crazy. Family, fun, laughter, sex. If you don’t take care of these things, then write wasted,” she said in an interview.

Considering Kurt and Goldie have been together for 37 years, she knows what she’s talking about. Many even believe that even without a stamp, it is they who deserve the title of the strongest couple in Hollywood. But the question remains: is a legal marriage so important for a relationship?