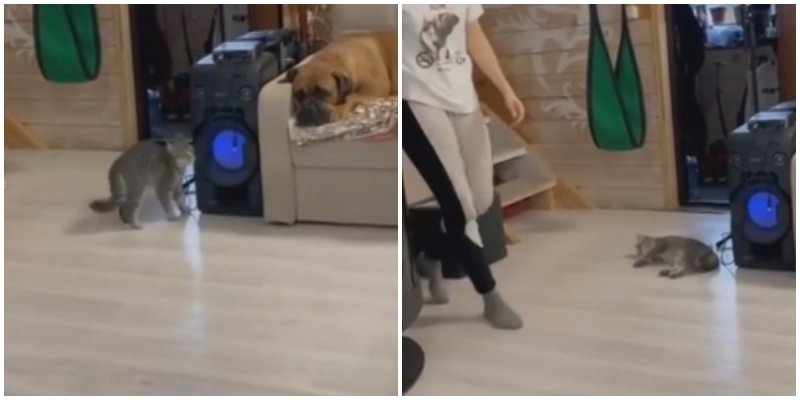 Cats more often than other pets “glitch” and “hangs”. Sometimes it happens during the game, sometimes just like that. However, this cat named Masya seems to know how to manage his “glitches”.

Masya the cat was running, jumping, and breaking out in every possible way in front of the dogs. However, as soon as the owner appears, Masya quickly fits in, as if nothing had happened. When the girl is hiding, the cat continues to do its excesses. The cat’s unusual antics were caught on video. The video has 8.2 million views on TikTok.

Commentators laughed at the kitty and suggested that she might be an alien. Otherwise, how else to explain this “glitch”?