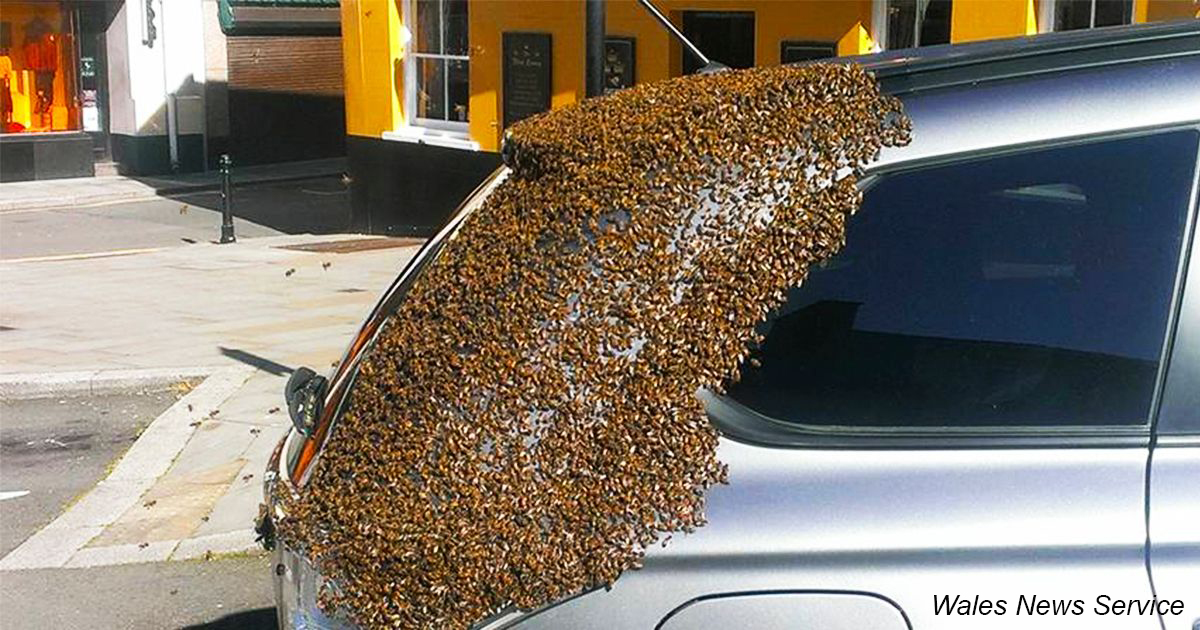 The owner of a Mitsubishi Outlander SUV in Wales couldn’t get rid of a swarm of bees for a day, as they relentlessly pursued her vehicle.

As a result, 65-year-old Carol Howarth could not stand it and called for help from beekeepers. 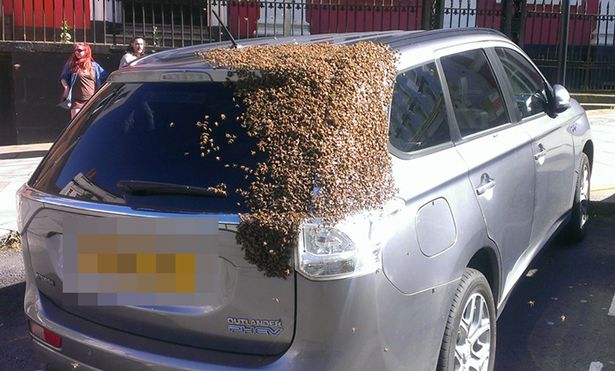 They promptly arrived and suggested that the insects were attracted by a queen bee hiding somewhere in the car. 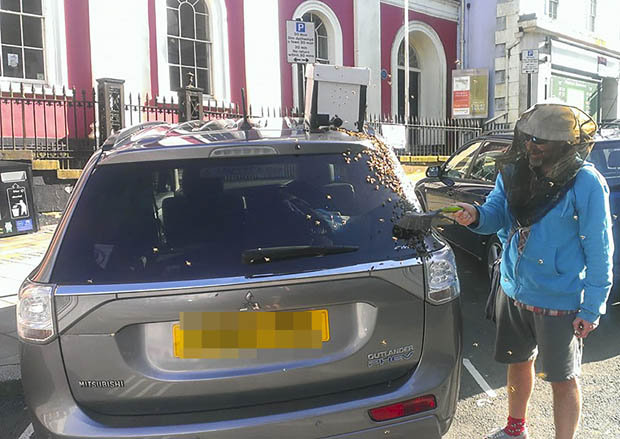 But people could not find her, so they collected all the available bees from the body and took them away. 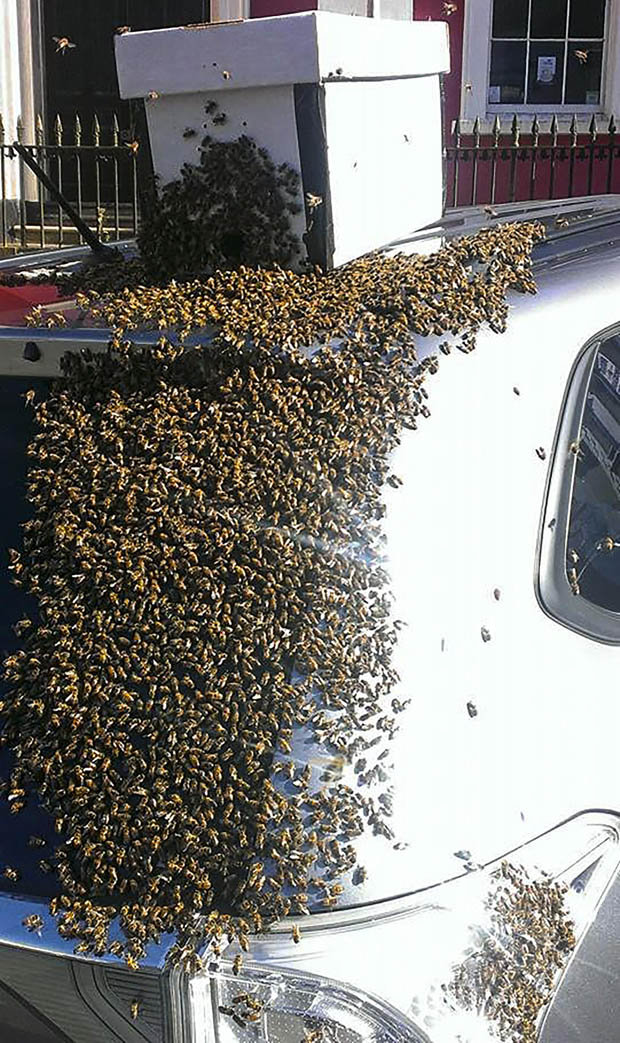 But, the woman’s happiness did not last long, the next day everything happened again, although there were fewer insects this time. 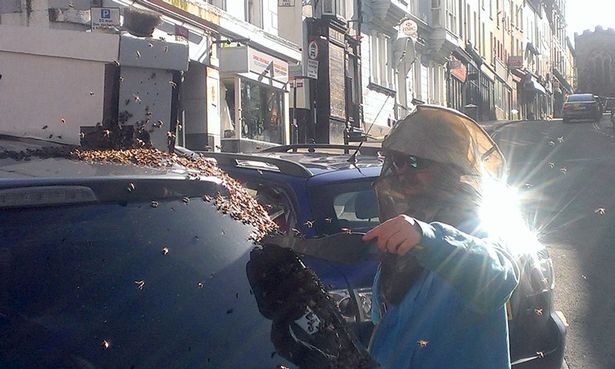 This time, the scientists went for a trick, they installed a trap with a bait on the roof of Mitsubishi, which was supposed to lure out a well-hidden queen bee.

As a result, after several hours of waiting and several dozen bites, they still managed to rid Carol Howarth’s car of insects. 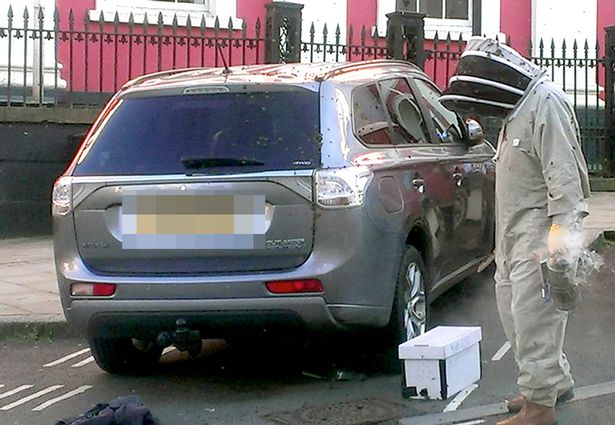 According to the entomologists involved in the rescue operation, this is the first time they have encountered bees flying behind a car for so long.