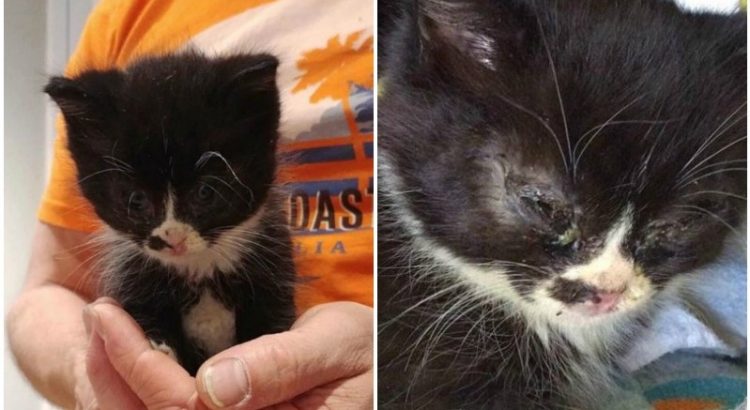 The kitten, with a stuffy nose and stuck eyes, was barely breathing and could hardly see anything. Passers-by drew attention to him in time. 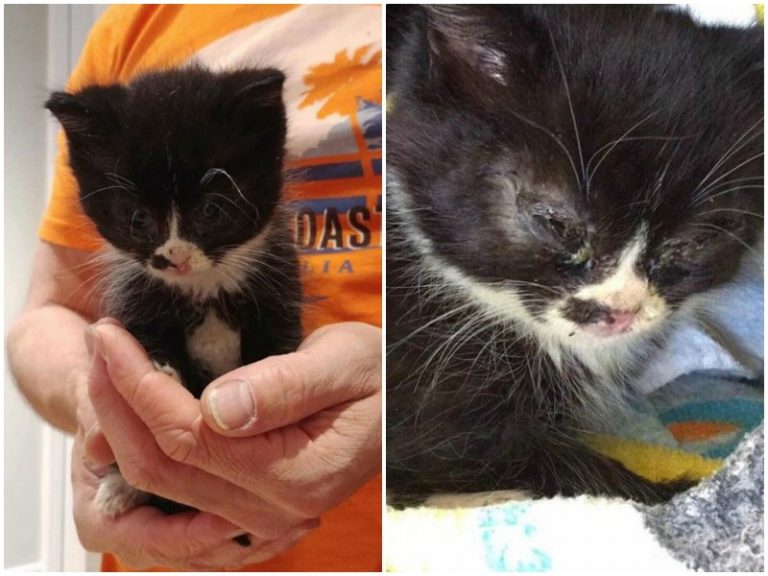 This black and white baby was spotted crawling down the street in Montreal, Canada. The kitten had a stuffy nose, and the eyes were stuck together from infection. He was barely breathing and couldn’t see anything. 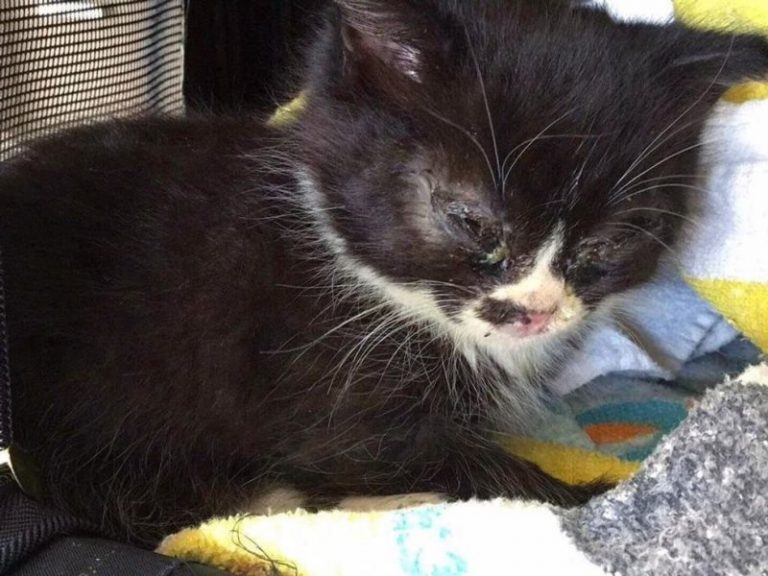 Kind passers-by handed it over to the local rescue center Chatons Orphelins. The staff were shocked by the state of the crumbs and immediately took him to the veterinarian. Doctors cleaned the kitten’s nose, and for the first time, he was able to breathe normally. After that, the baby noticeably perked up. 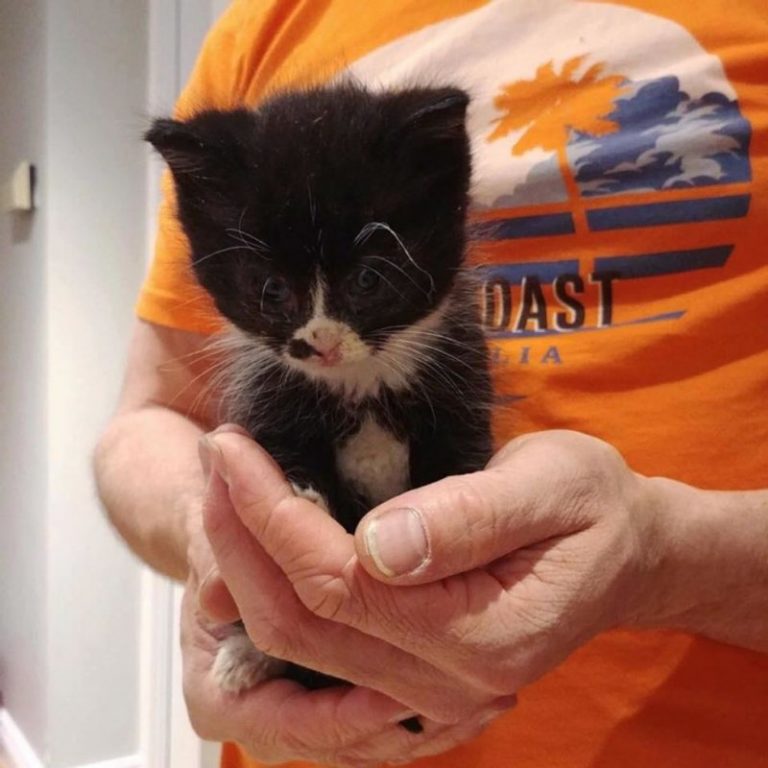 The kitten was given the name Binx and given to the overexposure volunteer named Jess. The girl began to intensively treat the baby with pills, and drip drops into her eyes. 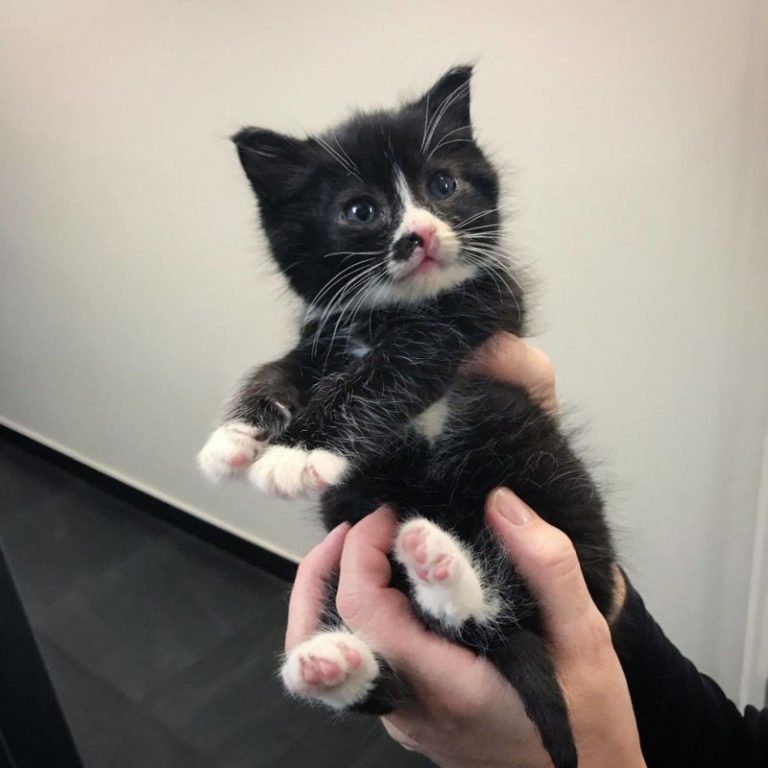 Within a few days, it was as if another kitten was in front of the girl. Binx cheered up, fluffed up, and rushed about the apartment with might and main, forgetting about his ailments. He immediately made friends with the guardian’s domestic cats – they did not let him out of their hugs! 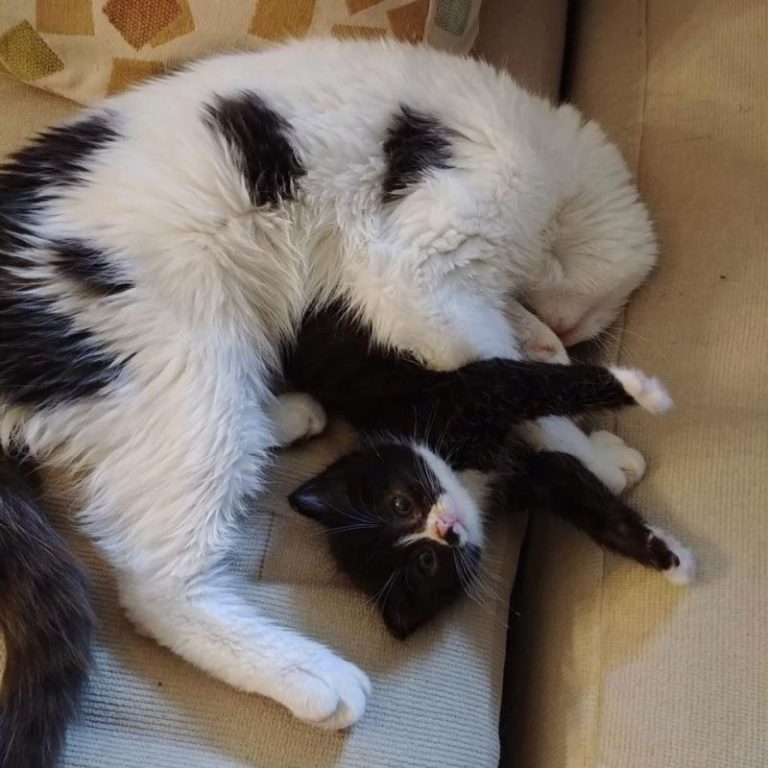 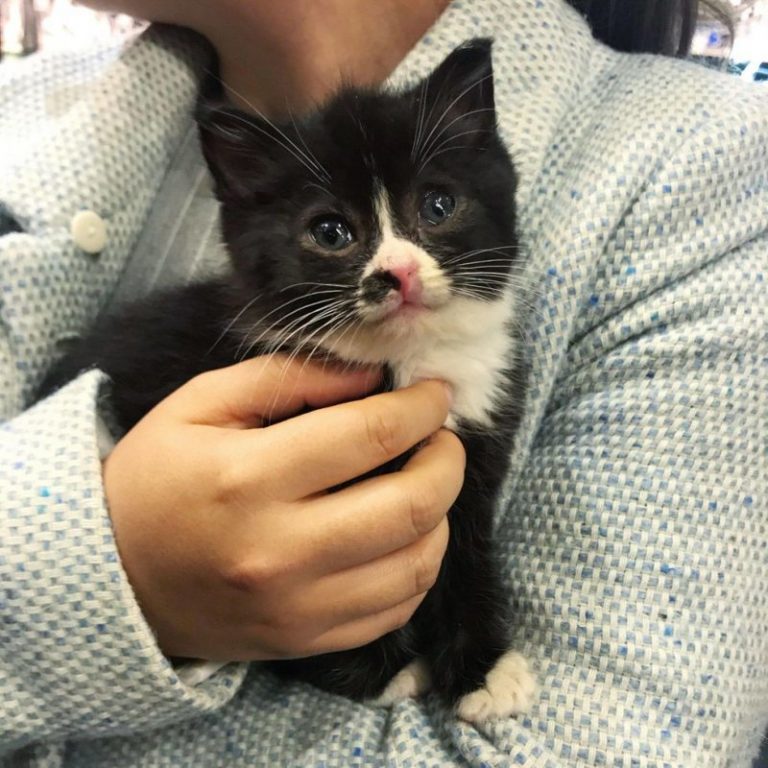 Binx’s favorite habit is when he sees that the guardian is sitting, running, and lying on her knees, purring loudly. Jess decided that in this way the kitten thanked her for saving her!

Binx is a playful, super active, and adorable creature! He loves to run around the house, is friends with everyone around, and trusts people. There is an incredible amount of love in this bundle. 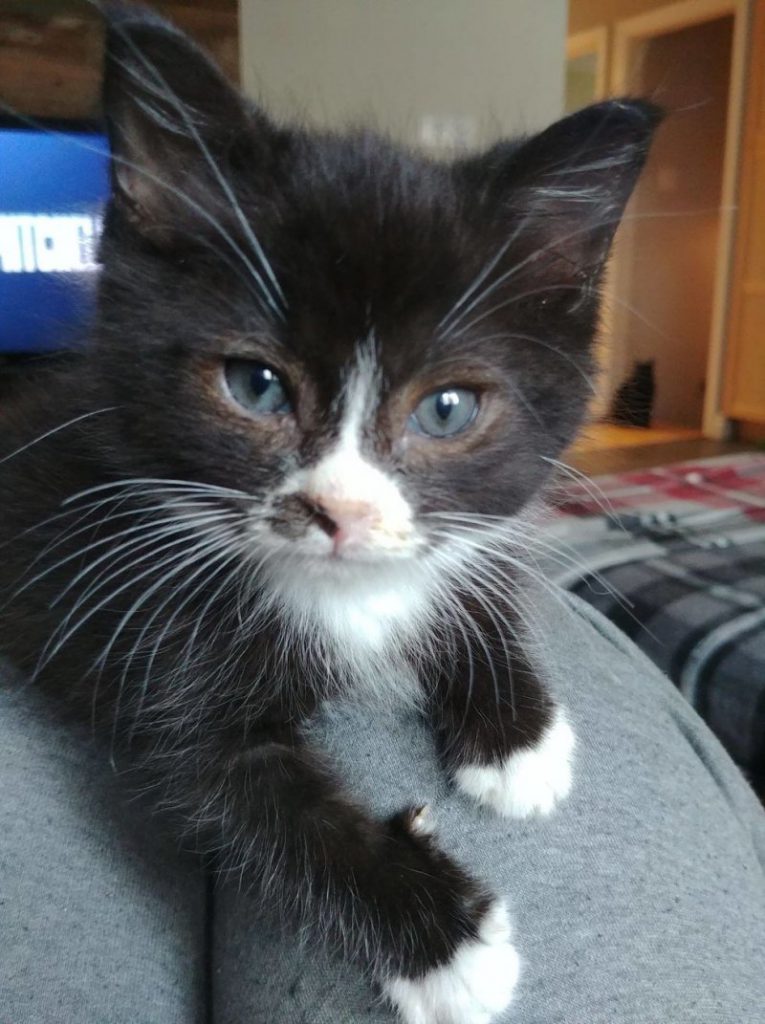 Looking at this fluffy handsome kitten, it’s hard to believe that two weeks ago he was brought to the shelter in a terrible state. Then it was impossible to look at him without pity, but now he is charm itself. 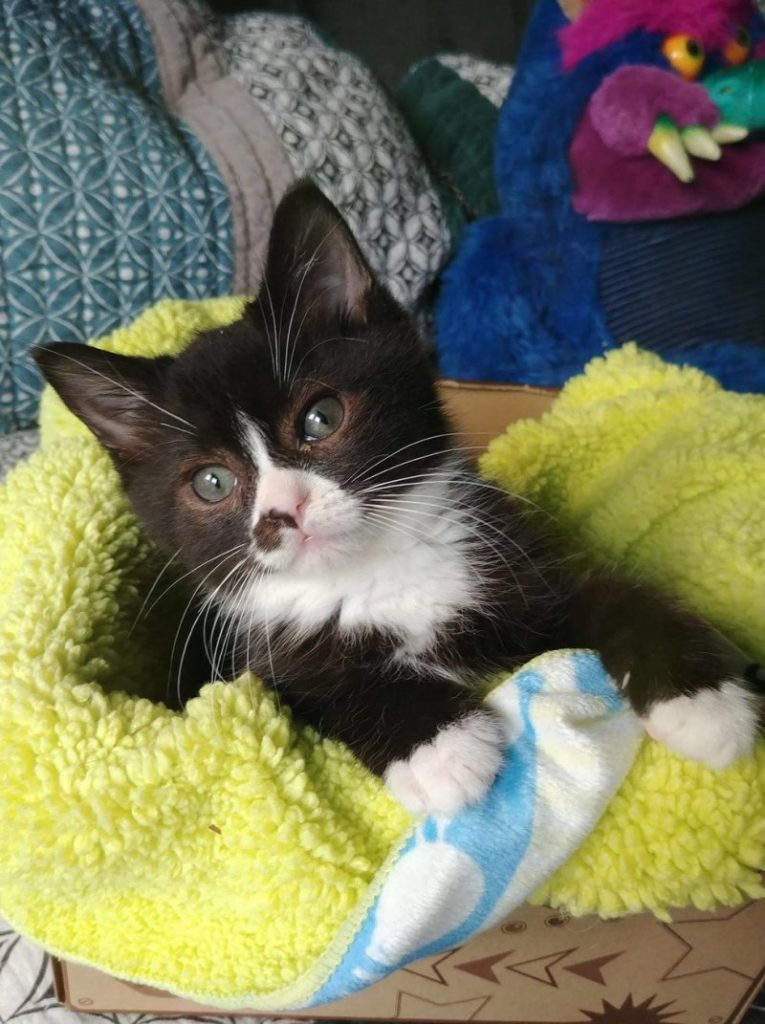 Soon they will start looking for permanent owners for Binx. May this little one find a loving home soon!