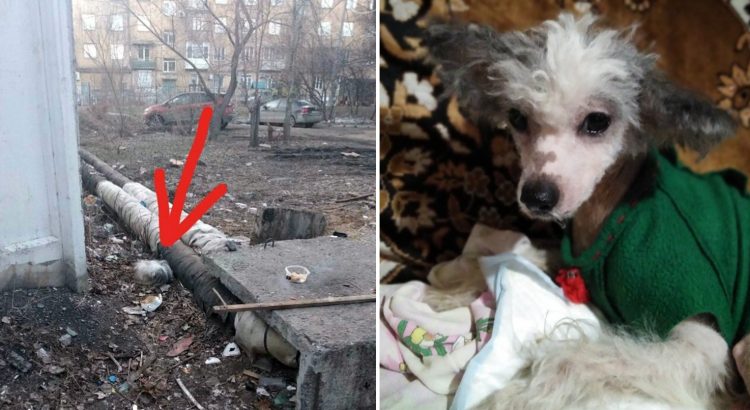 This story, amazing in its cruelty, happened in Omsk and amazed even the worldly-wise volunteers.

Somehow, the townspeople saw a motionless ball of wool near the heating main. When they came closer. There was a dog lying among the rubbish. By some signs, it was clear that some of the people were trying to take care of the homeless. The dog was lying on thin bedding, and pieces of sausage lay nearby. 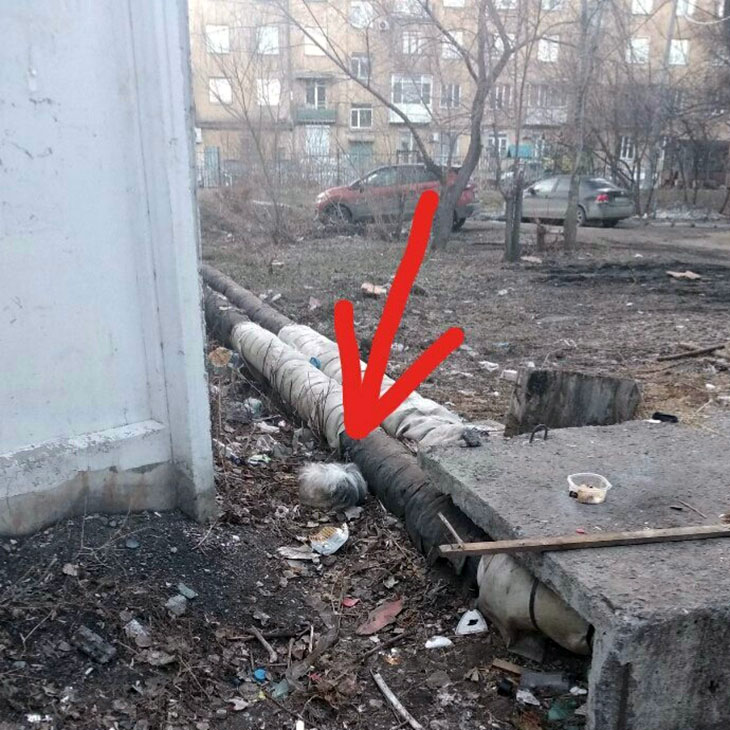 As it turned out later, the breed of the dog was this: “Chinese Crested”. There was no fur on it. The animal curled up in a ball, trying to keep warm. But this didn’t work out.

In addition, local residents noticed that the dog’s hind legs were paralyzed. Volunteers from the shelter “Julbars and his friends” took care of her. 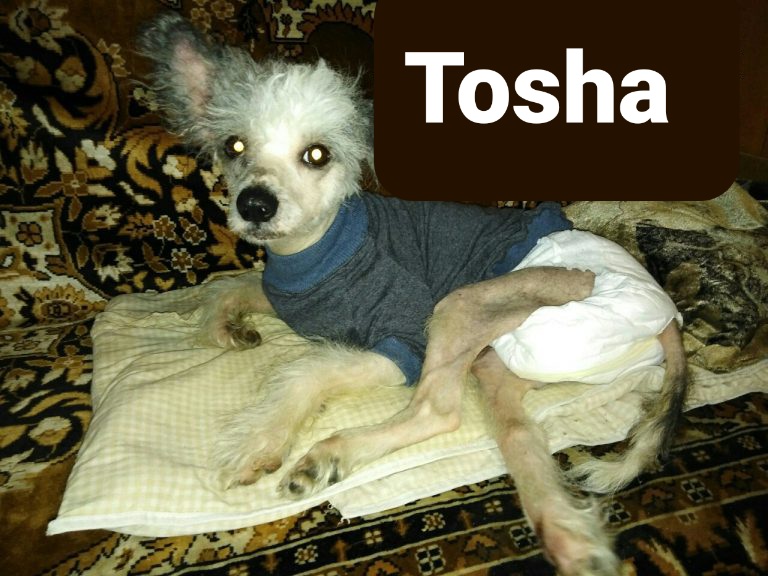 After examining the dog, they came to the conclusion that the reason for the immobility of the paws was a fracture of the spine. This injury itself was already old, but since the tissues had grown together incorrectly, the dog’s hind limbs also lost their mobility forever.

The story of a small unfortunate dog, who was given the name Tosha, received a great response on the social network. And even in the media. Caring people sent money for treatment. And the volunteers took the dog to the clinic. Tosha’s treatment was both lengthy and expensive. 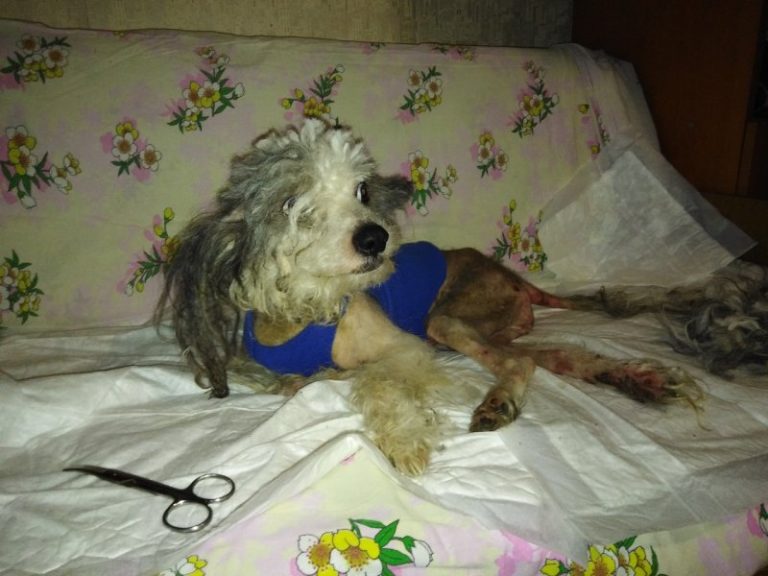 Soon the story that happened to Tosha became clear.

One girl recognized the dog and called the shelter. She said that the dog used to live in the house of the spouses, who were heavily addicted to alcohol. Most likely, the man, being drunk, hit the little dog hard, which caused the animal to become disabled. 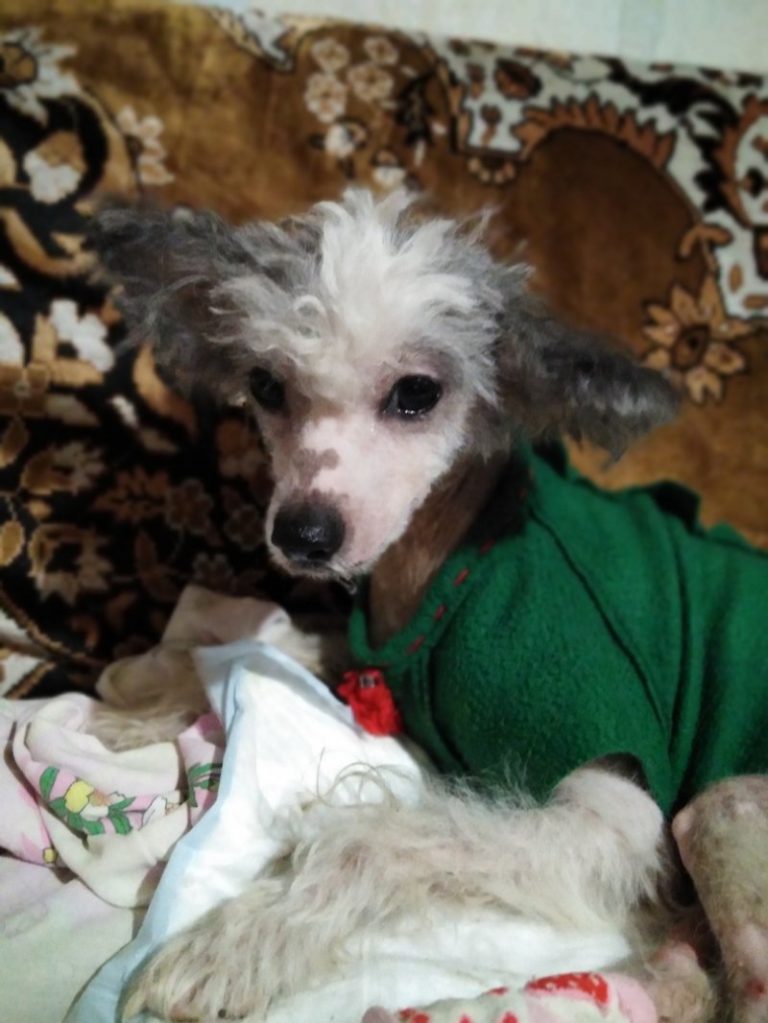 Another caller said that the wife of this drunkard at one time felt sorry for the pet they did not need, then tried to give it to a neighbor, and then simply threw it away.

Thanks to the efforts of volunteers and doctors, Tosha gradually recovered and became stronger. Apparently, he himself did not want to die. He was kind, obedient, intelligent, and curious. 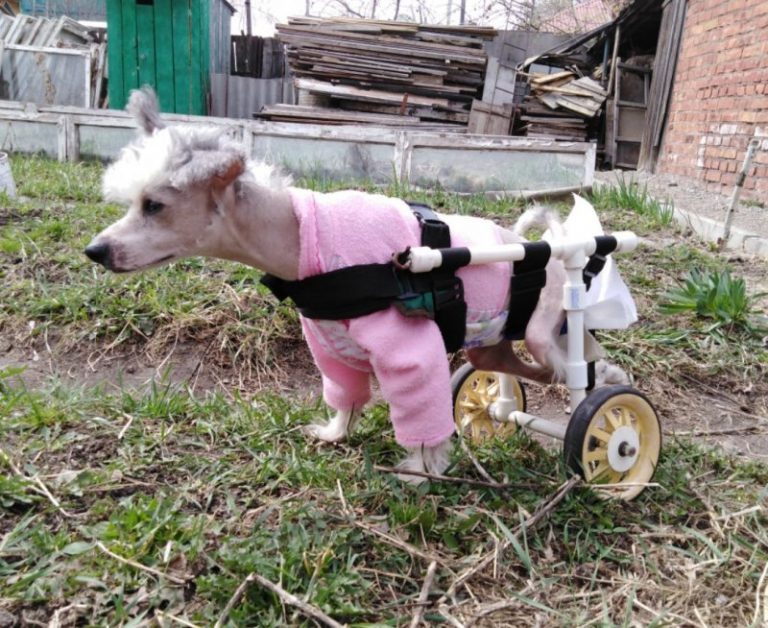 The veterinarians recommended that the volunteers purchase a special wheelchair for Tosha, which will enable him to move around without using his hind legs. Thanks to volunteers and the finances of caring people, Tosha got his own transport.

The dog has mastered this design and rides on it. 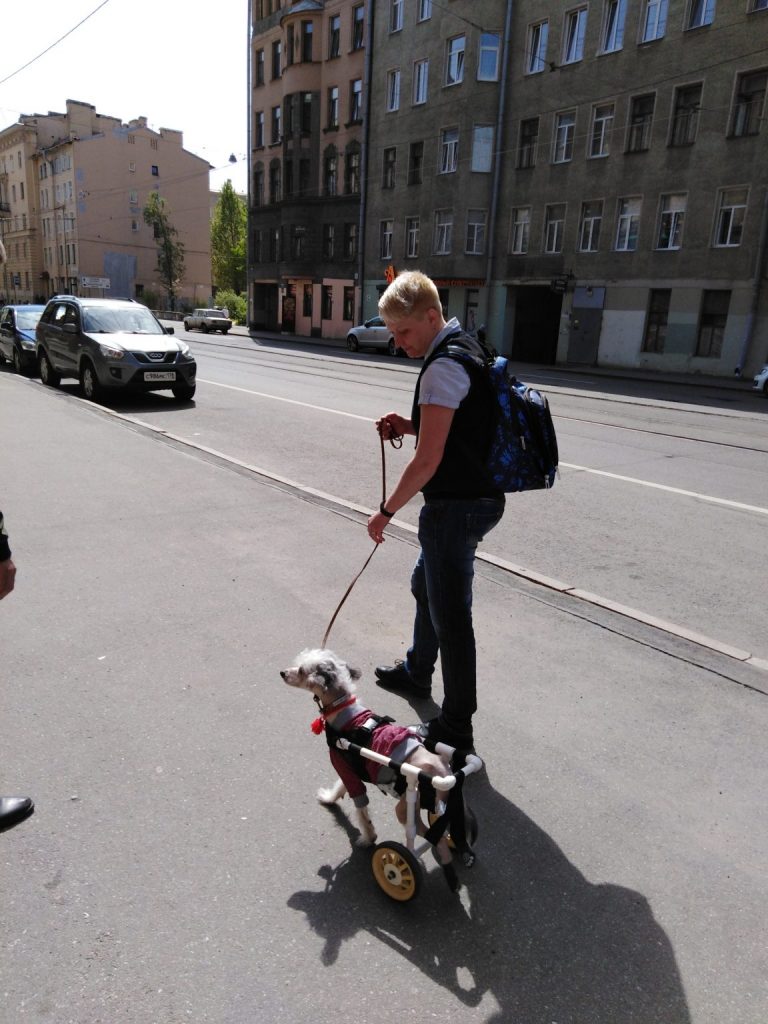 And finally, the most important thing. For Tosha found new owners. So he now lives in St. Petersburg.