A man who lives in the mountains rode his bicycle to a neighboring village on business. He fell and broke his collarbone. He just couldn’t move anymore. The phone ran out of battery, he was left to wait on the road for help. But no one passed. It got very cold. The man was very cold, hypothermia could begin. Suddenly, a dog came out of the forest. She walked up to the man and snuggled up to him to warm him with her warmth. In this position, they spent several hours. Luckily a car passed by. The driver covered the man with a blanket and called for help. 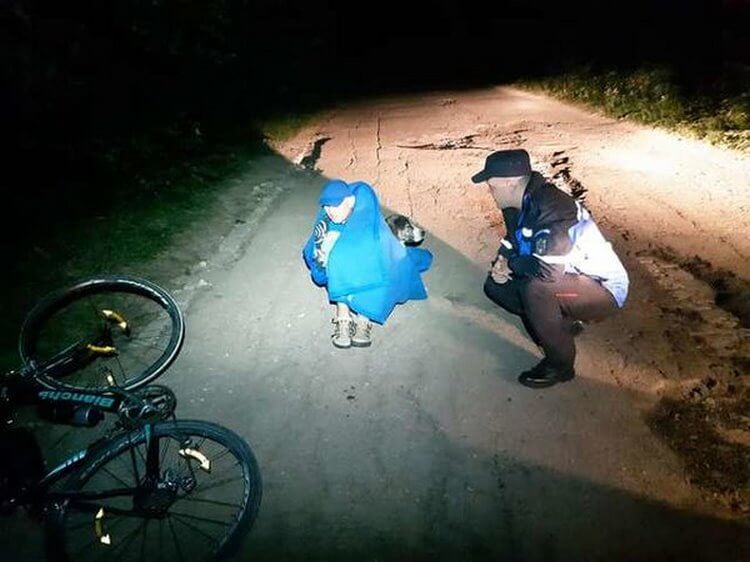 The dog sat there until the ambulance arrived. 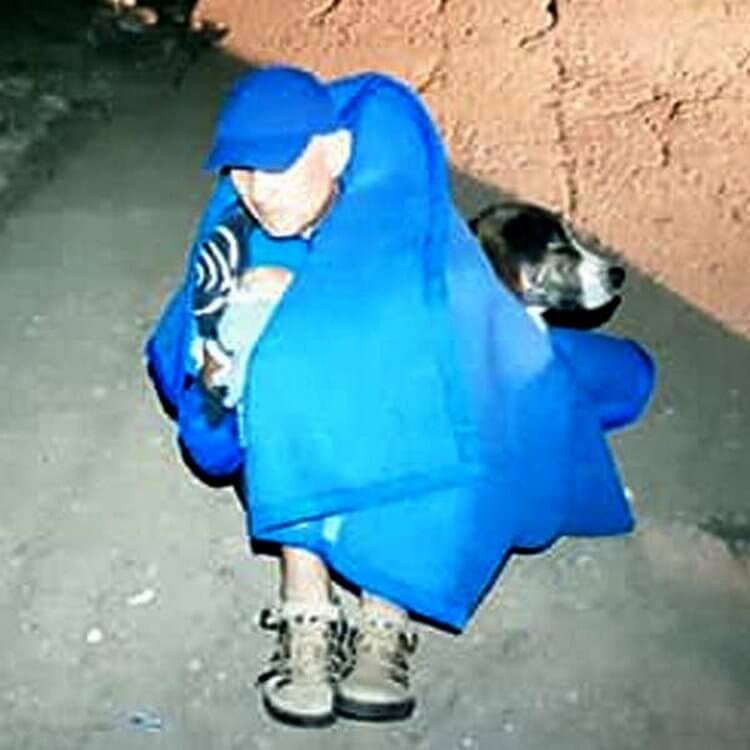 And then he disappeared into the forest. 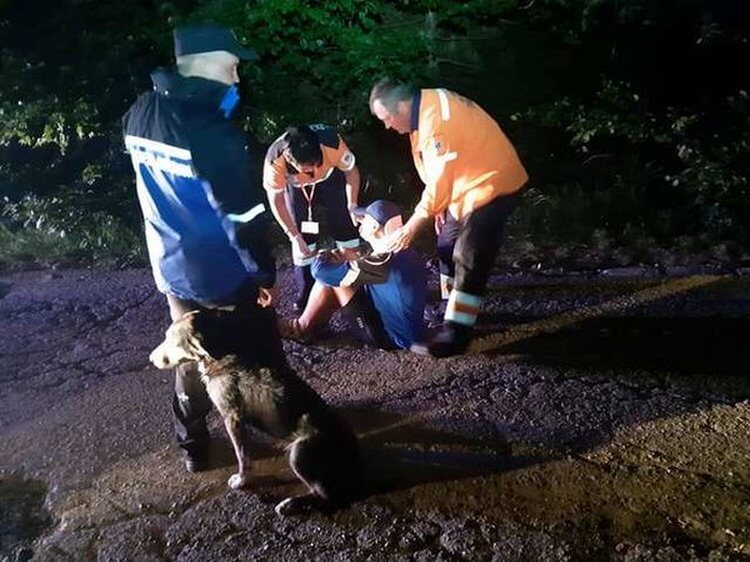 Whose dog it was is unknown. The man in the hospital said that when he recovered, he would definitely find his savior and take him home. But the dog found the owner before! 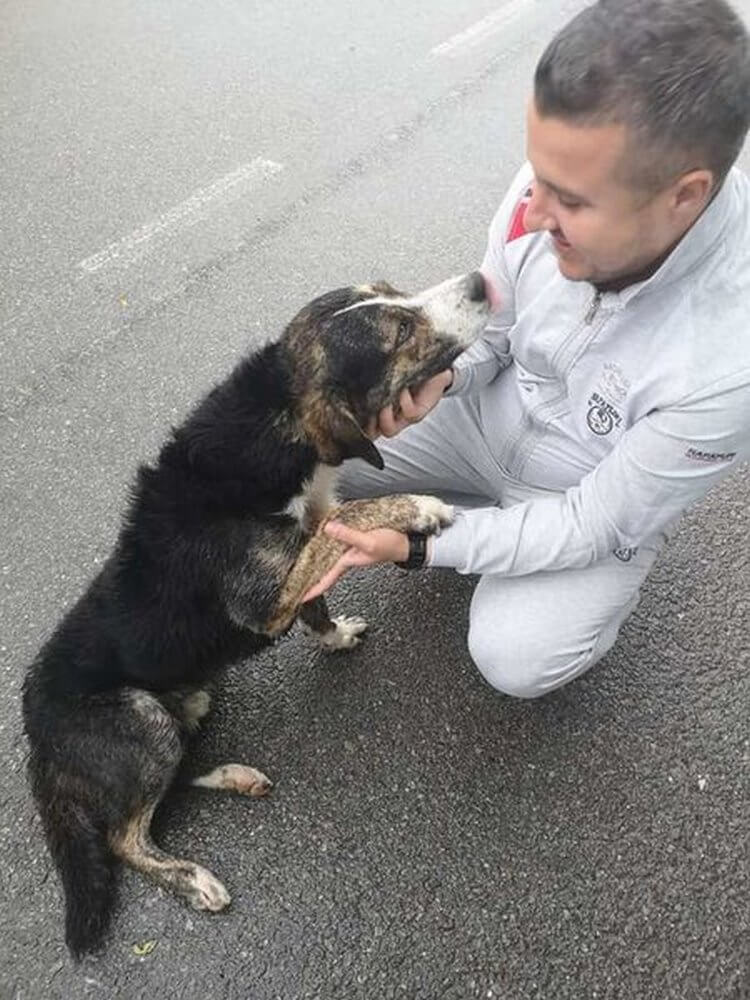 This story was covered by local media. One young man decided to find a dog and take it out of the forest. He arrived at the scene, but the dog was not there. Then the guy sat down in the same place where the cyclist was sitting, coughed, and waited. And soon a dog came out of the thicket, came up, and sat down beside him. The guy took this amazing dog with him and now he lives in a private home with his new family. 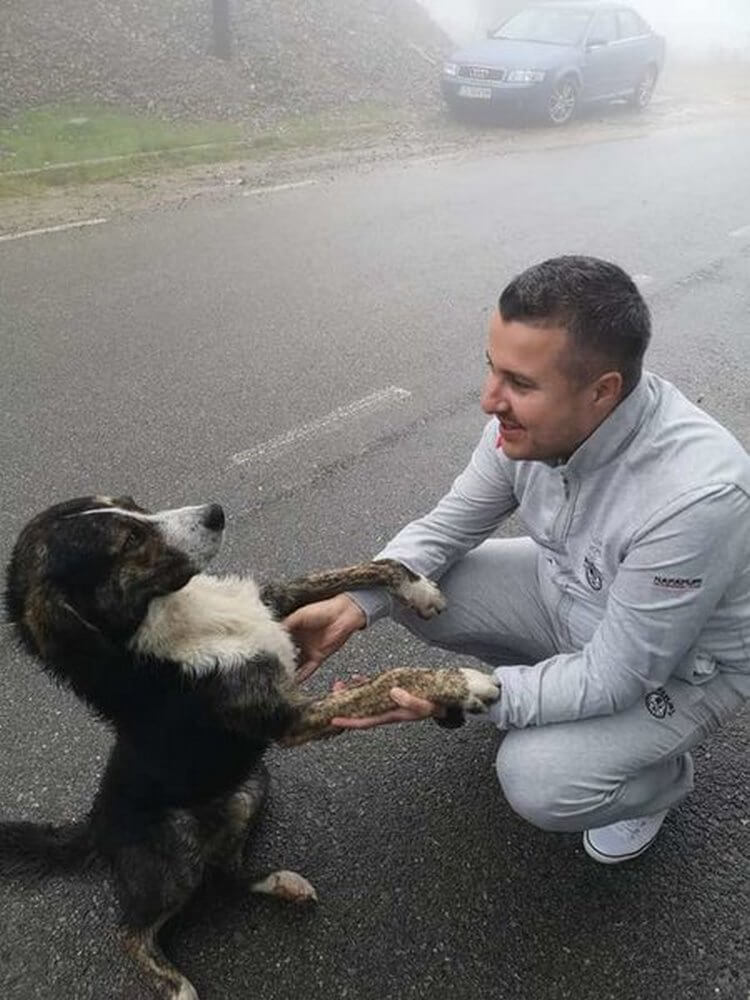