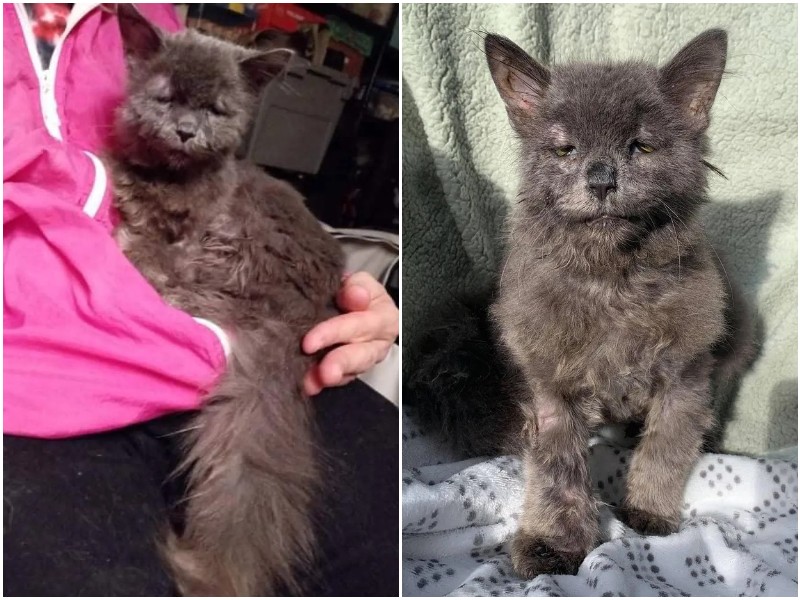 This kitten was only 5 months old when he was picked up – but it was extremely difficult to determine from him. Due to sagging skin and developmental features, it seemed that this was an elderly cat.

This 5-month-old kitten was picked up on the street in Salem, USA. From his appearance, it was hard to tell that he was only 5 months old – because of the sagging skin, it seemed that he was an elderly cat. However, this cat was special. 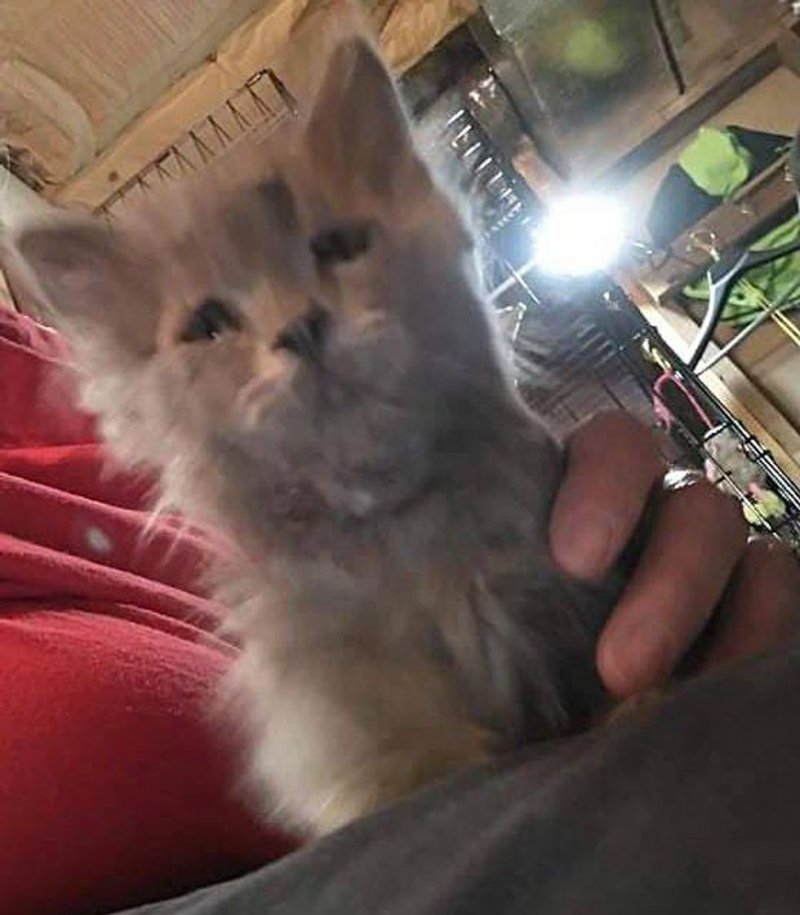 He was brought to the Odd Cat Sanctuary. Despite all the difficulties, he was very glad to see people and immensely grateful. The cat, named Teddy, purred loudly at the sight of people and settled in the hands of a volunteer. 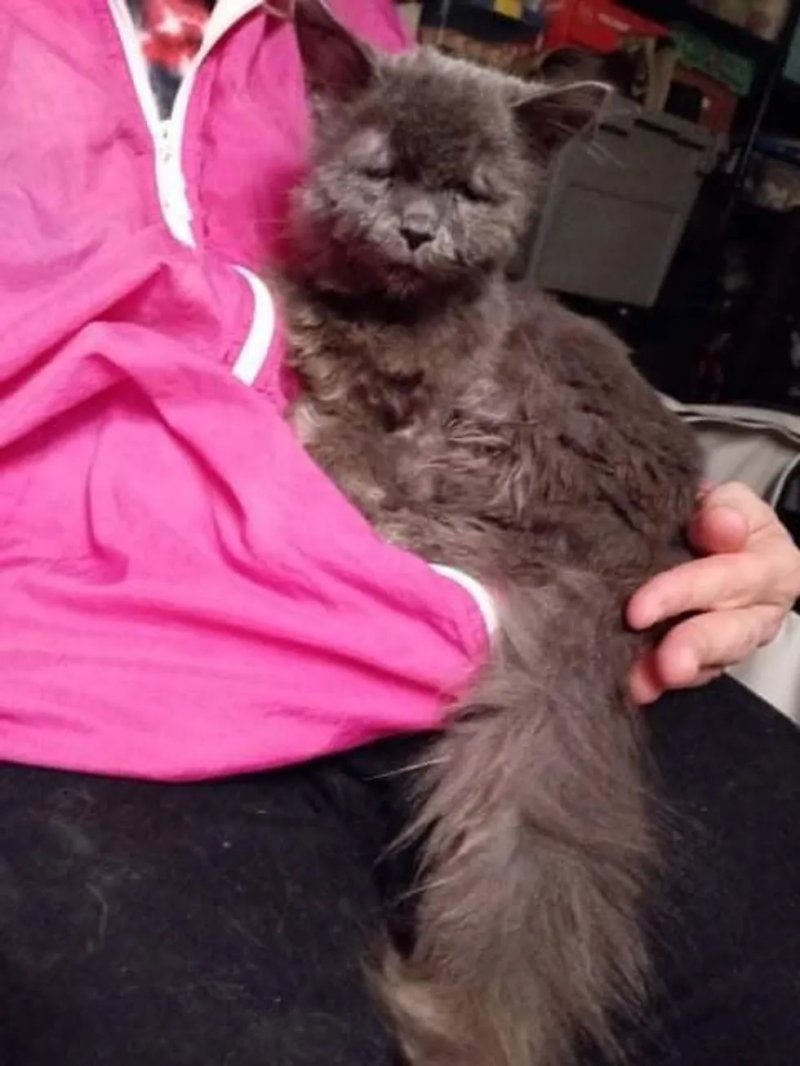 It turned out that Teddy’s feature is innate. He was diagnosed with Ehlers-Danlos syndrome, a genetic condition characterized by collagen deficiency and affecting skin elasticity. Otherwise, Teddy can live like an ordinary cat – but he needs special care. 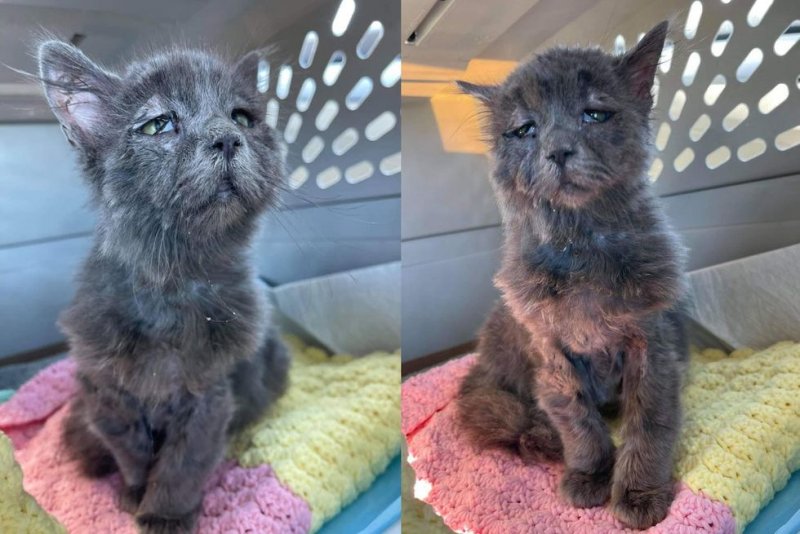 Now the shelter team is sensitively taking care of him. He has already been sent to overexposure, where he is looked after and helped to cope with the features. Teddy is a wonderful, loving, and thankful creature. 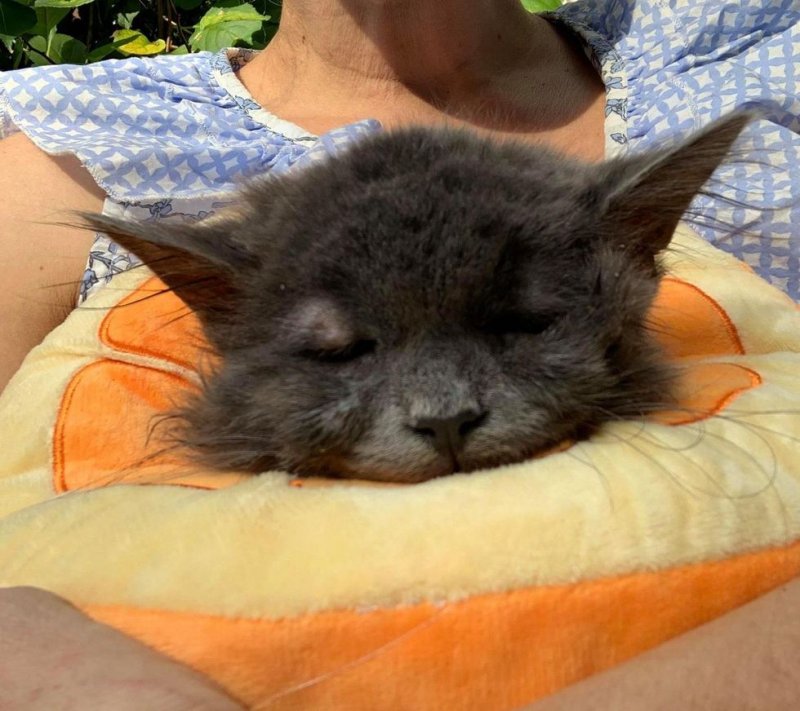 Permanent owners will be found for him later, once he has recovered a little more. Employees will be on the lookout for people who are eager to adore this precious baby with all of their hearts. Teddy, be joyful! 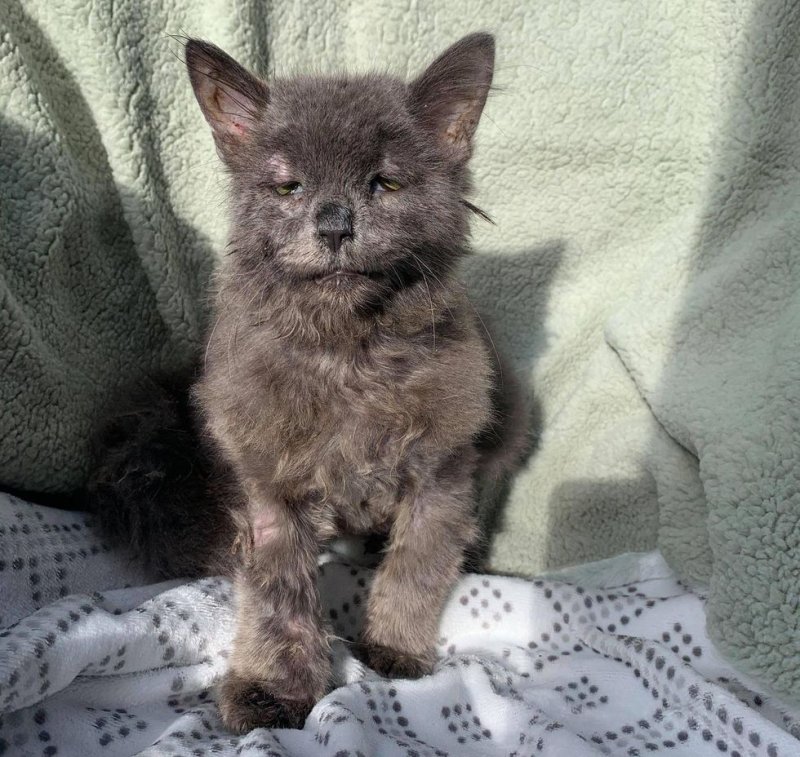