This baby is called Frankie, and he and his brother were found in a house in Australia. Unlike his brother, Frankie was not so “ordinary” – he had two pairs of ears and one eye.

The owners of the house immediately took the kittens to the veterinarian to give them first aid. 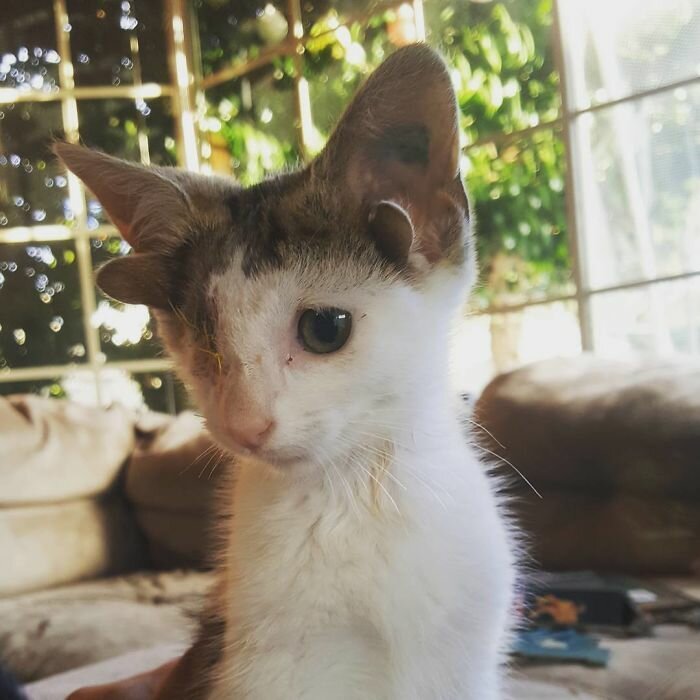 After checking with the vet, it turned out that Frankie also had problems with the joints of the hind legs and malocclusion. 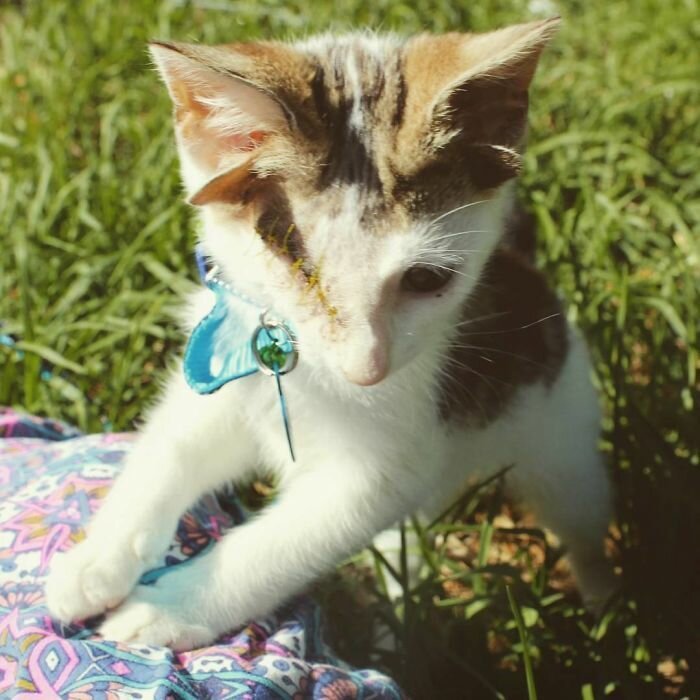 The babies were sent to an orphanage, where they have carefully looked after. But because of the extra ears, Frankie had very poor hearing and also poor vision in his remaining eye. The director of the shelter was sure that no one would ever take Frankie… 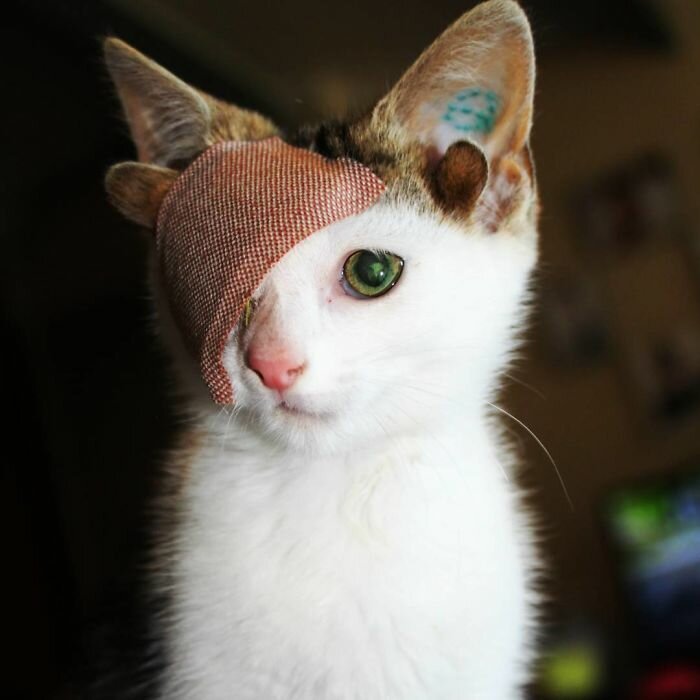 After living with Frankie for a while, the director of the orphanage, Joji, decided to keep him. She admits that she felt connected only with this kitten and cannot leave him alone. This is how a special kitten found a family. 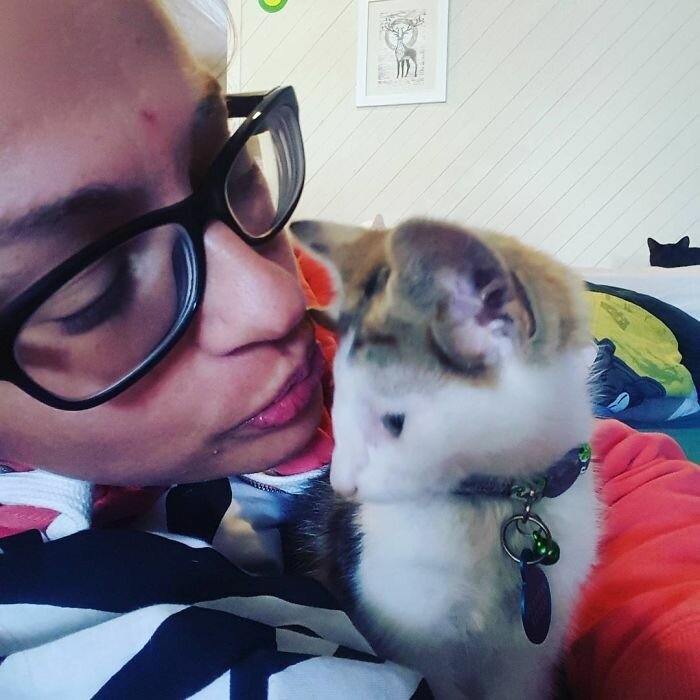 This is how handsome Frankie looks now 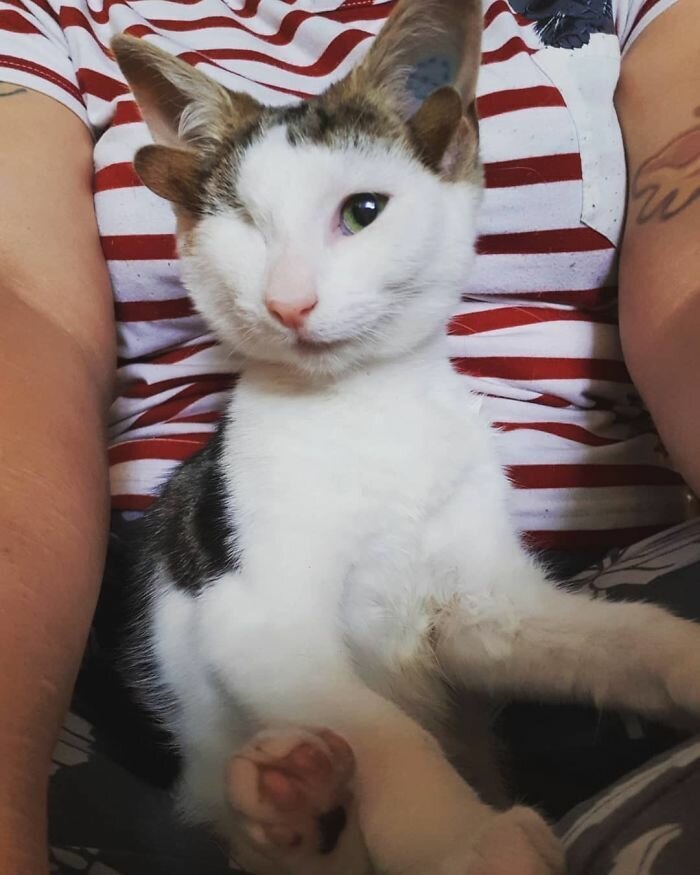