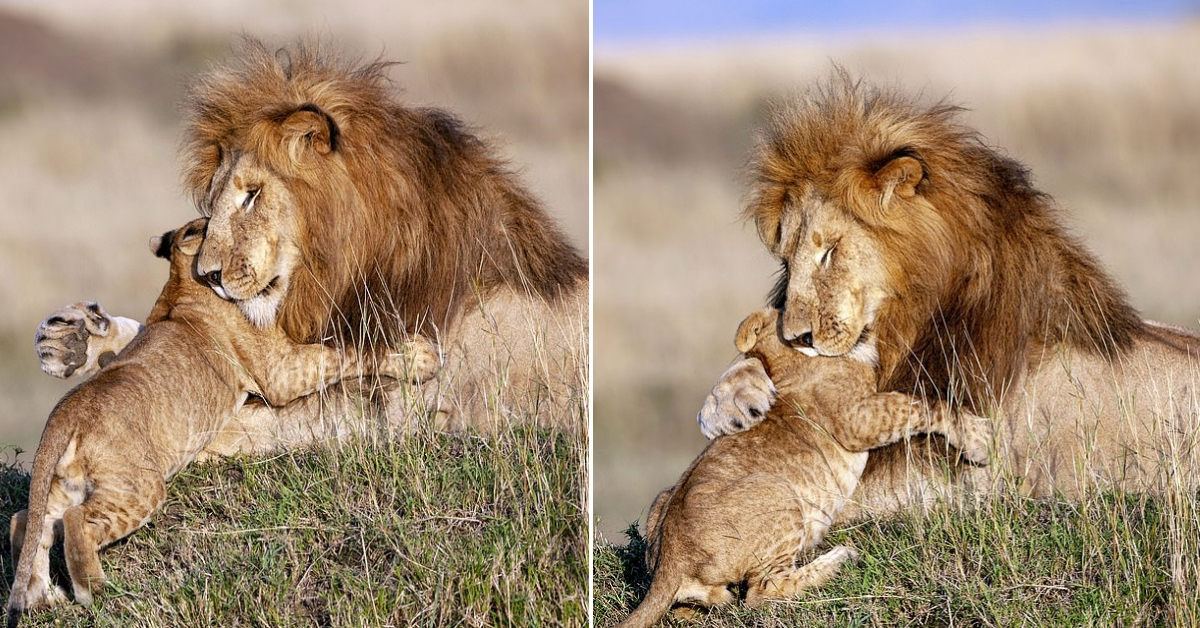 Sabina Bernert, 53, photographed Simba and Mufasa hugging in the Masai Mara National Reserve, much like in the film. 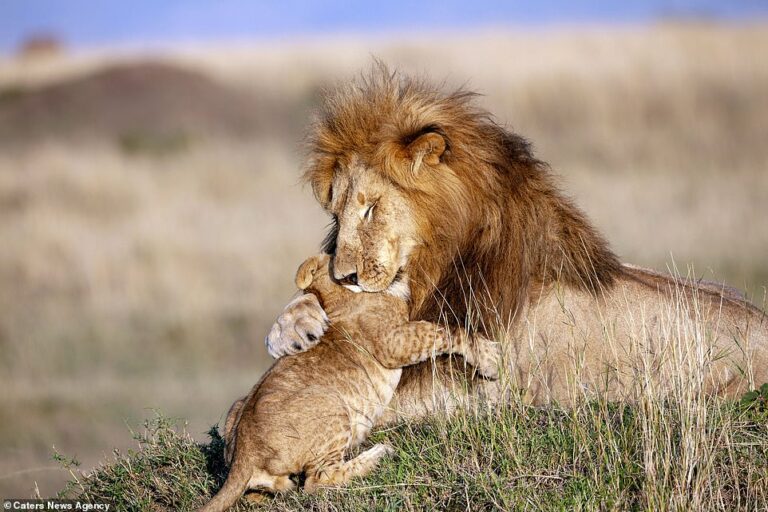 A sequence of photographs she shot show the lion father surveying his domain while his tailed cub attacks him. 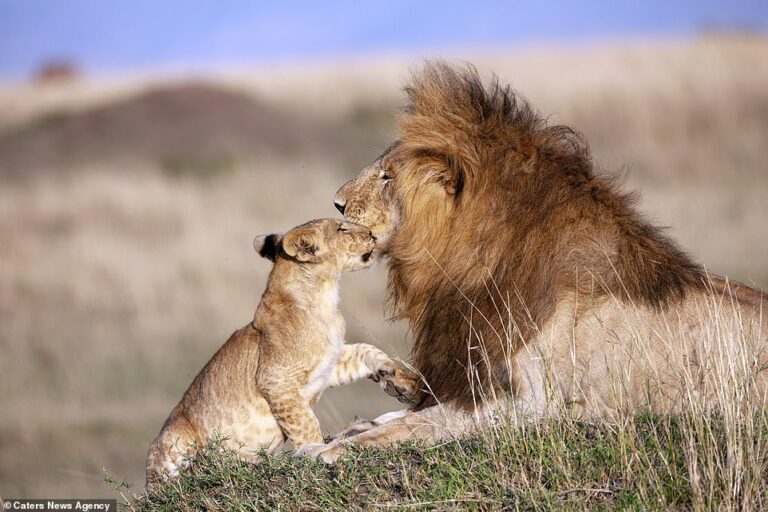 These sequences are disturbingly similar to a famous moment from the Disney film The Lion King. 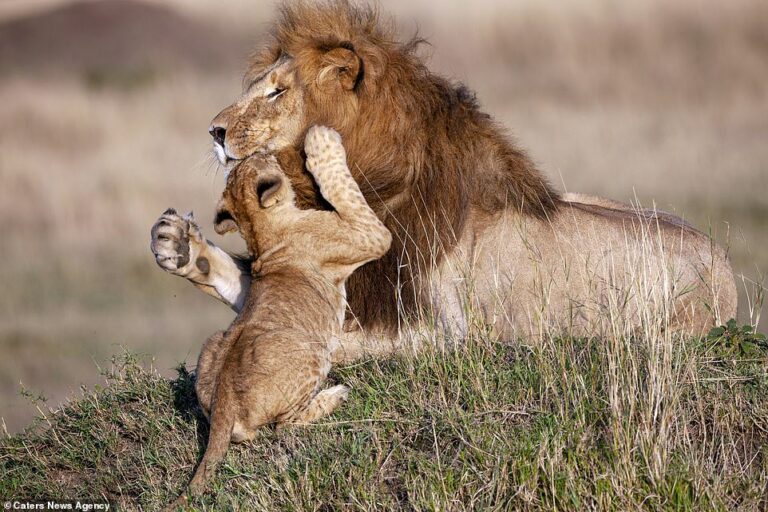 Sabina told how the lion pretended not to see his child until the very last second, and then they began to rush and fight happily, honing their hunting abilities in the game. 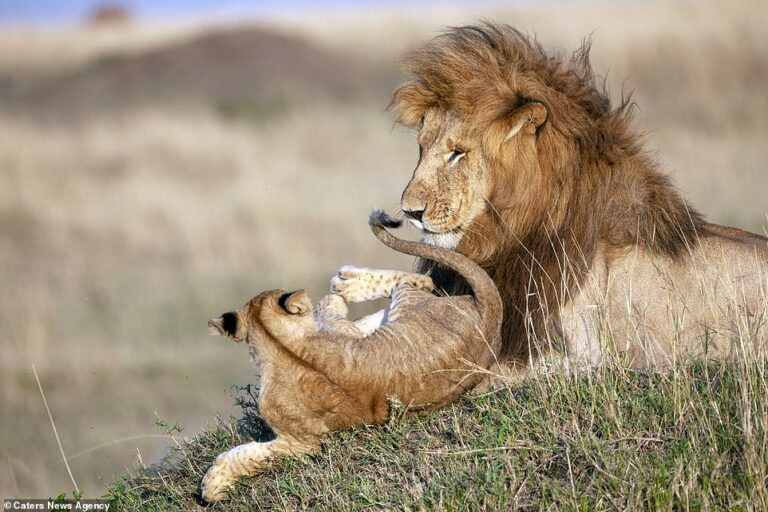 “My favorite moment is when the male lion embraces the youngster lovingly.” The juxtaposition between his physical might and compassion, the immense size of his paw, and his tender care for the youngster.” 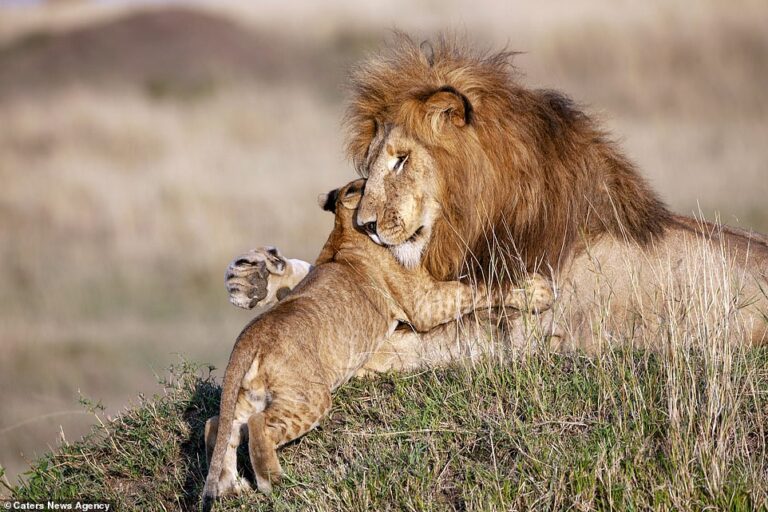 “I was surprised by how affectionately this giant lion engaged with the kittens.” They looked to be having a good time. It was a lovely moment of elegance in the mild morning light.” 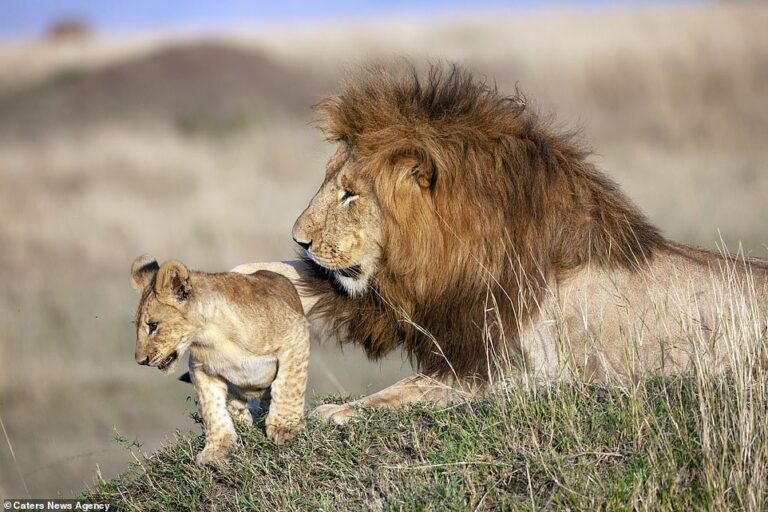