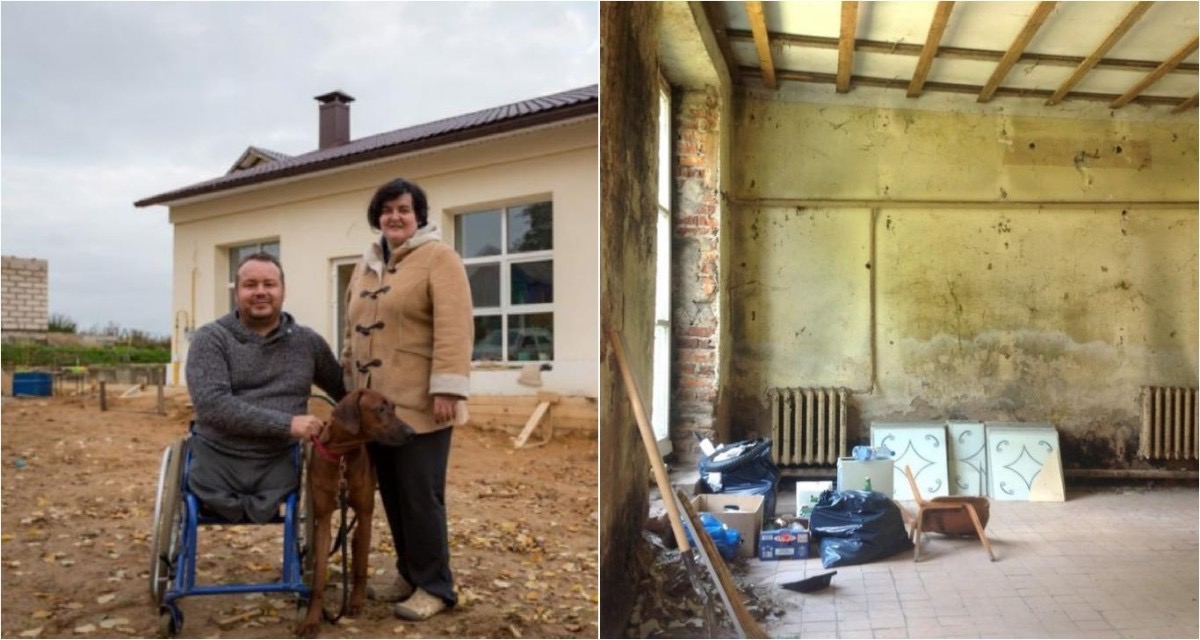 A man does all the work with pleasure and is glad that he does not have to sit idle, there will be something to do.

Vyacheslav Minchanin, who lost his legs a long time ago and can only move around in a wheelchair or on prostheses, was able to turn an abandoned store into a beautiful and comfortable home. The man is from Minsk, but all his life he dreamed of living in the countryside, but he had no housing there.

In 2011, the Universe gave him a surprise: he had the opportunity to buy an old building in the village of Kotyagi, this is the Minsk region, which used to be a store.

From the very beginning, Vyacheslav planned a small production there. The fact is that the man had a small and very unusual business. He was engaged in the aromatization of premises. That is, he produced equipment and smells, with the help of which offices smelled of flowers, wood, and shops – the smell of freshly baked bread.

But business didn’t work. And Vyacheslav came up with the idea to equip this room in a residential building. 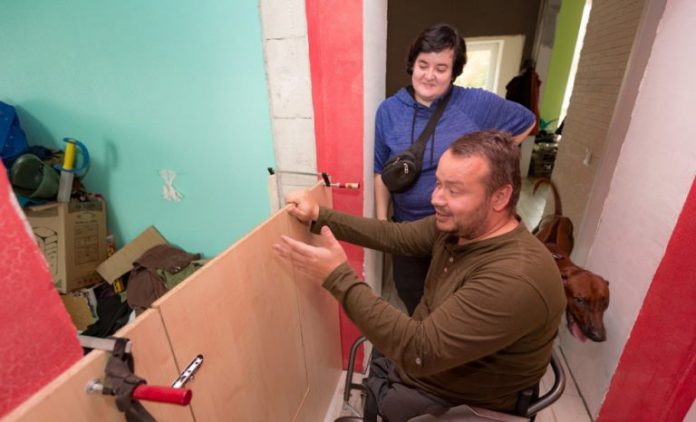 According to the man, he made this decision very quickly, since he did not have a home at that time. Friends and relatives considered him crazy, but Vyacheslav was sure that he would succeed. Two long years went only on paperwork. The man does not hide the fact that it was hard for him, he had doubts, but over time everything worked out. 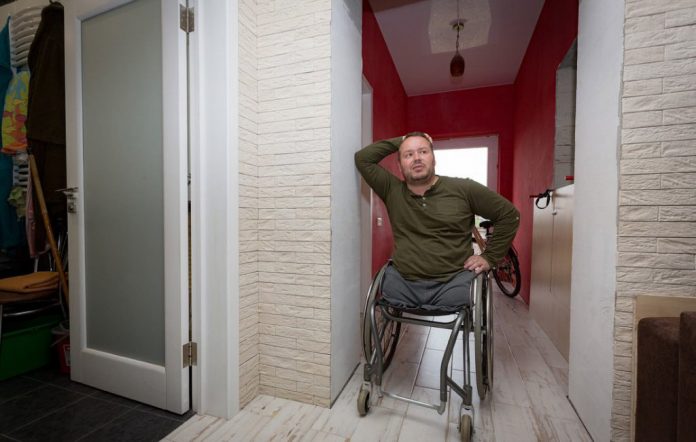 Since the store that Vyacheslav wanted to acquire was unprofitable, the authorities decided to put it up for auction. So the man was lucky enough to purchase this building. He bought a building with an area of ​​eighty-five square meters for ten thousand dollars. 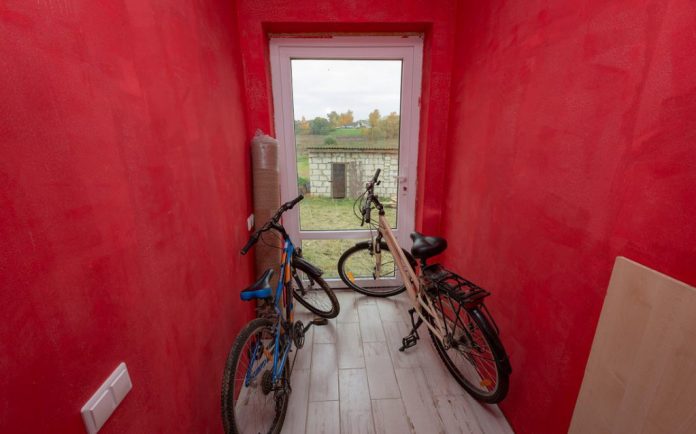 In order to do the most labor-intensive work, the man turned to professional builders for help.

He says it was possible to do it alone, but it’s hard to do certain things while in a wheelchair. Vyacheslav wanted to finish the work as soon as possible before his son was seven years old. He wanted the boy to go straight to the local school. 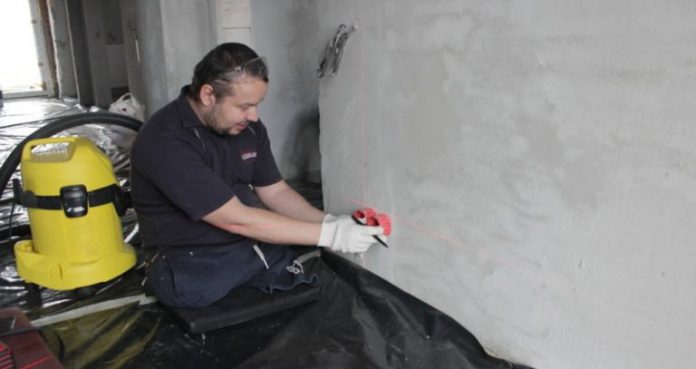 As soon as the house was heated, and there was a place to sleep, Vyacheslav moved with his family. In Minsk, the man lived in a high-rise building. He could go down on his own, but in order to get up, he needed help. Vyacheslav decided that the move would help him not to depend on someone else’s help. In the new house, he would be able to move independently. 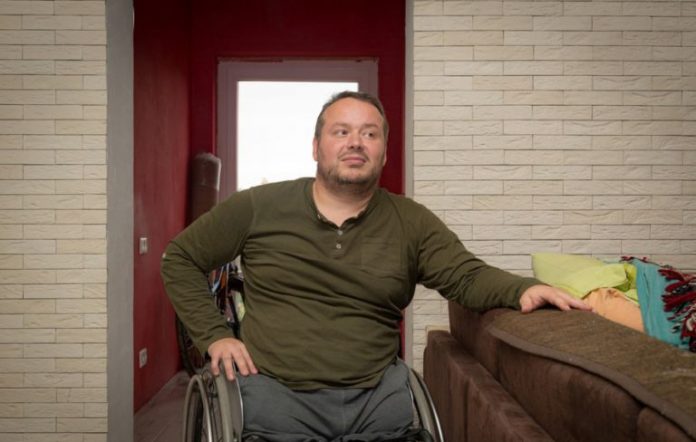 The man had money set aside. Without them, he would not have been able to reconstruct even this small house. Repair costs were several times higher than the price of the building itself. They calculated that twenty thousand dollars would be enough to build a house. But during the construction, it became clear that more money would be needed than planned. If Vyacheslav had been told that the new house would cost him too much, he would never have started work. In this regard, the man says that in any business the main thing is not to be afraid and start. Next, something will turn out. 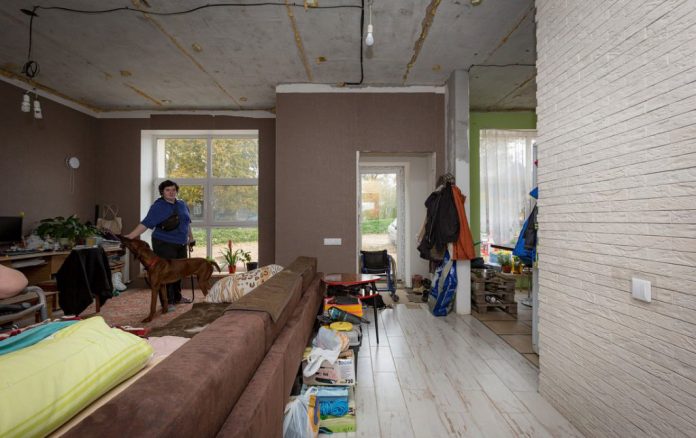 Vyacheslav and his wife were engaged in finishing the “newly made” house together. The most interesting thing is that the man had never been involved in construction work before. He did everything by watching videos on YouTube. 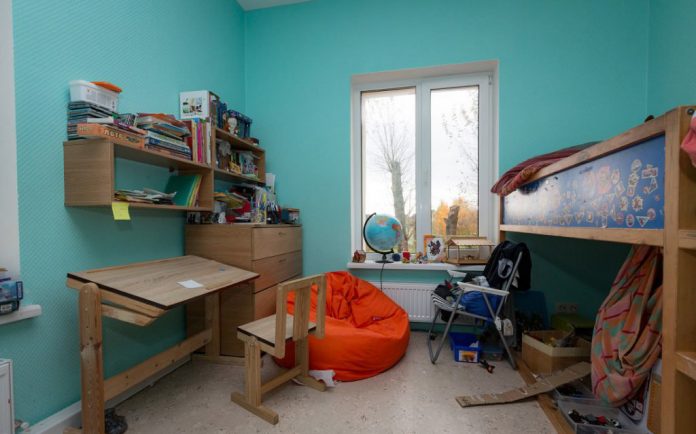 At the present time, repairs in the house of Vyacheslav are still ongoing. The family plans to increase the area of ​​housing in the future. They want to build a terrace to the house. A man does all the work with pleasure and is glad that he does not have to sit idle, there will be something to do.