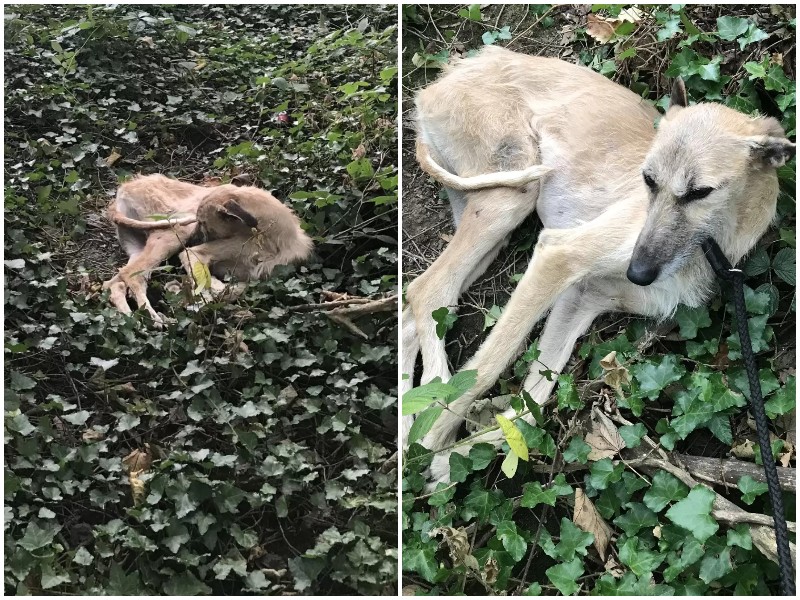 This emaciated, modest poor fellow was lying in the forest as if waiting for someone. One man noticed him, but the dog did not even react in any way.

This dog, curled up in the woods, was noticed by a resident of the UK, who was passing by. The skinny dog lay modestly in the middle of the bushes, looking around warily. The man immediately realized that the dog needed help, and contacted the rescuers. 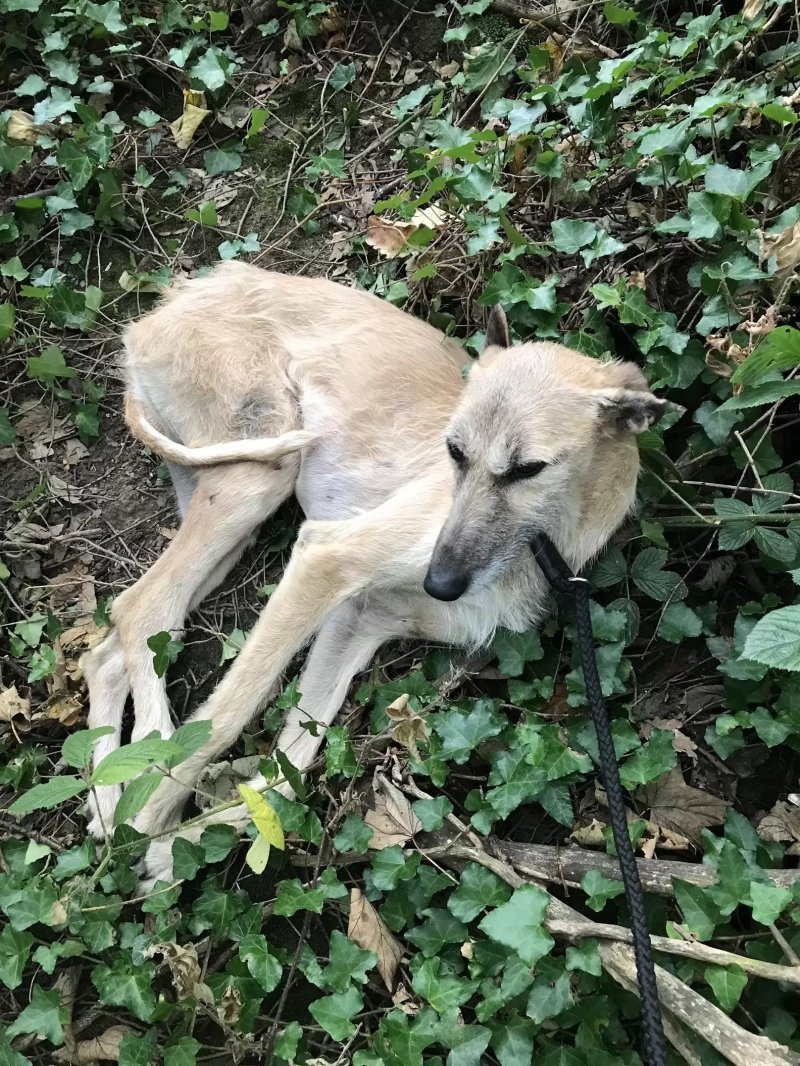 The RSPCA Rescue Center team immediately went to the rescue. They found a microchip on the dog, but after calling the owners, the employees found out that the dog had been sold to other people a couple of weeks ago. They could not get in touch with the new owners – apparently, they were not going to look for a dog. 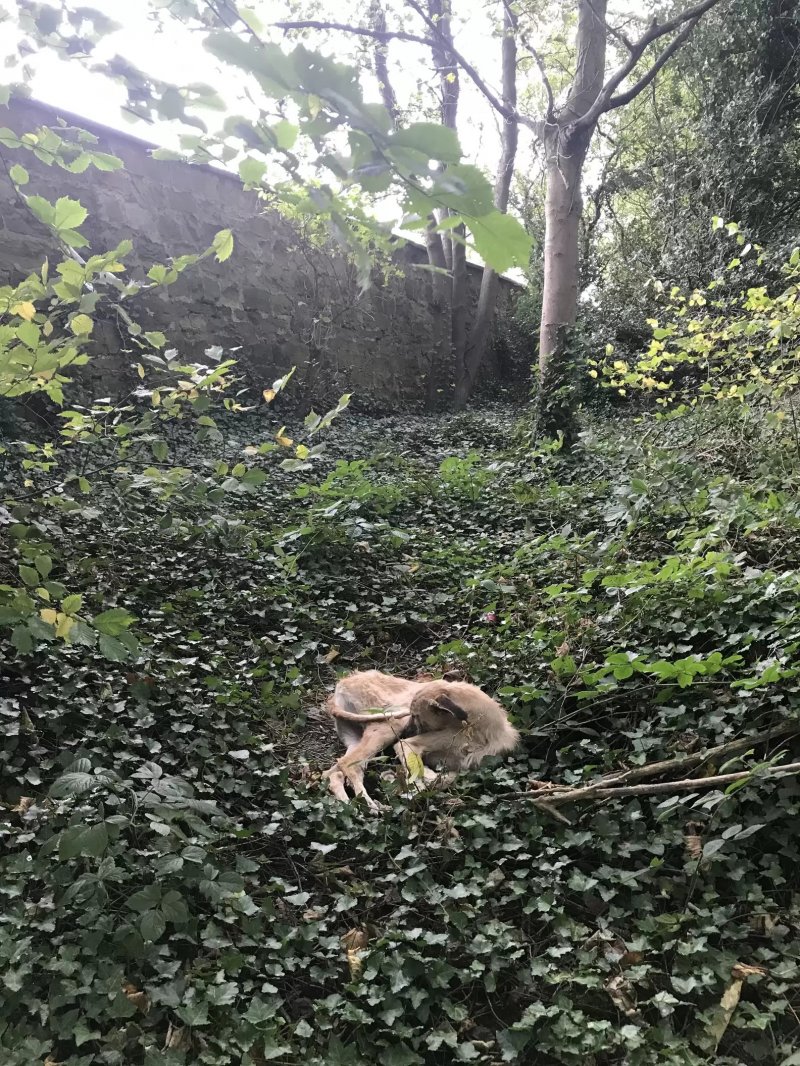 Then the rescuers named the dog Bang Bang and began to restore his health. He was found to have several injuries to his paws – apparently due to several weeks of living in the forest. Now, this boy is actively recovering. 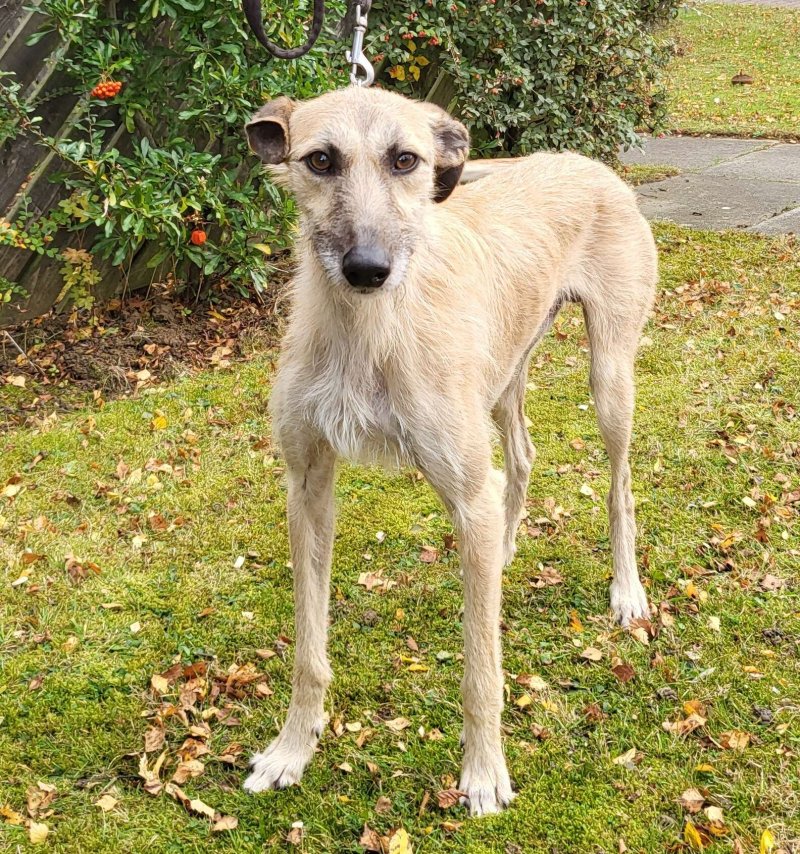 Bang’s paws are healing, he is gaining weight, and every day he thanks his rescuers. He turned out to be a very sweet, affectionate, and kind dog – all the staff simply adore him. When he finally recovers, they will find permanent owners for him! 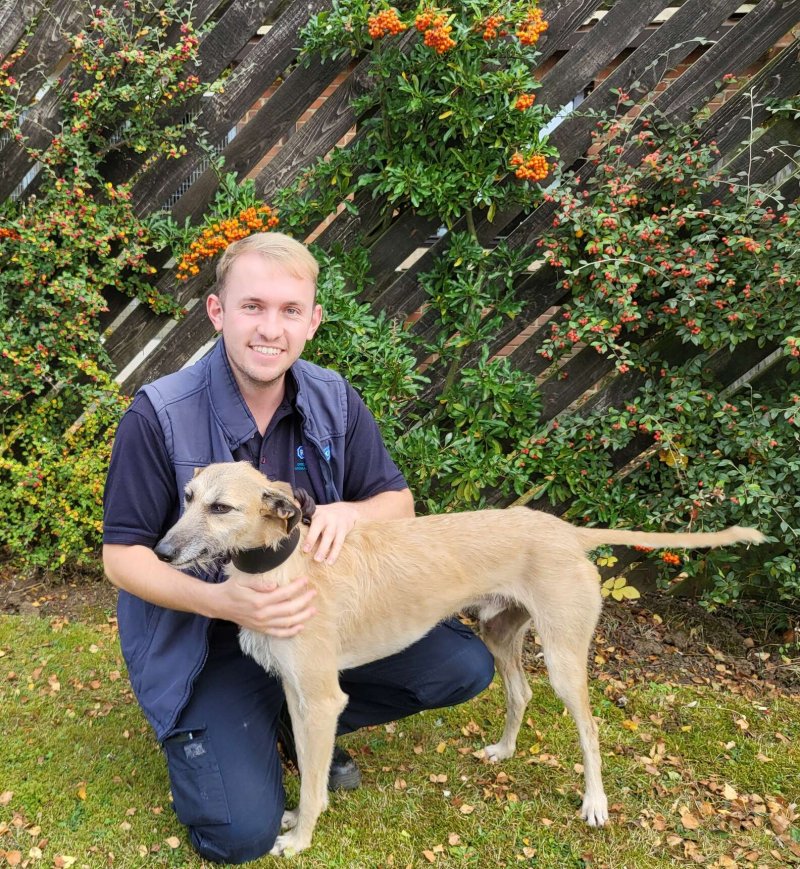