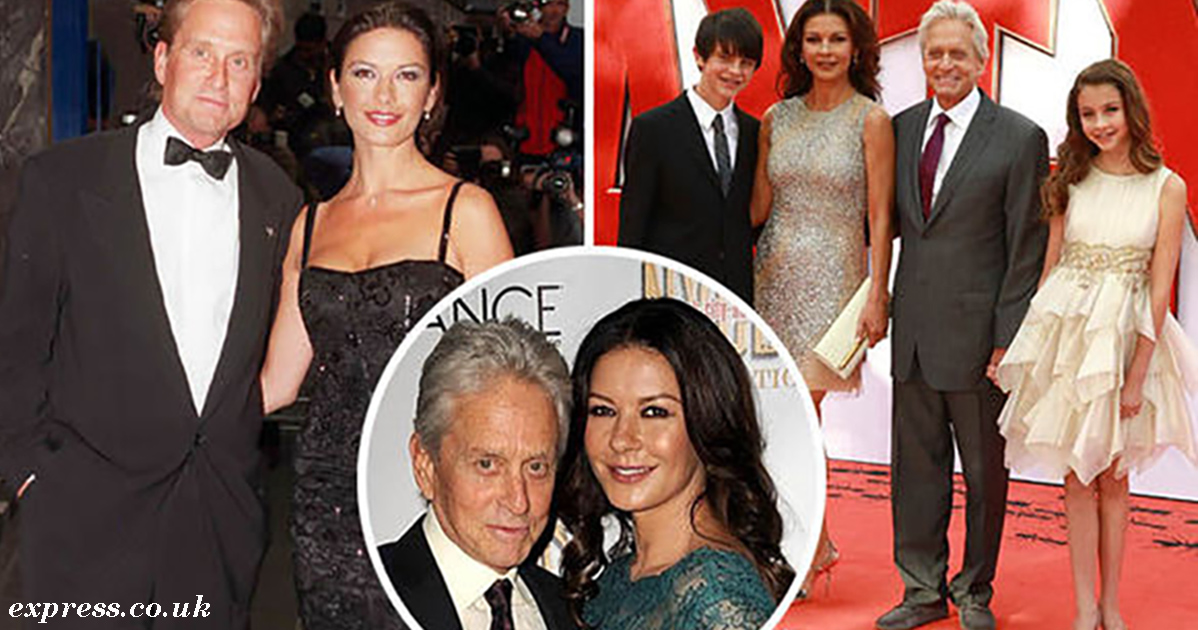 Michael Douglas and Catherine Zeta-Jones were born on the same day but 25 years apart. Such a big age difference could not stop the lovers on the path to happiness, writes Kiwi Report .

They have been together for 17 years, and today Catherine is celebrating her 50th birthday, and her husband is 75th. 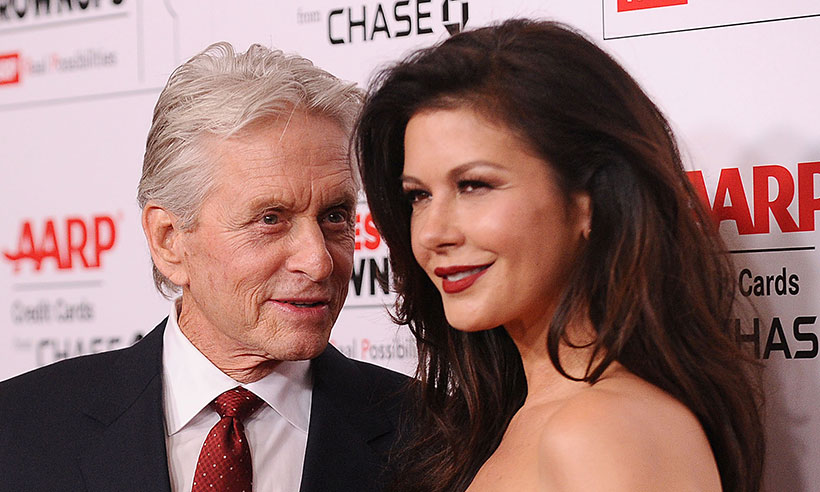 Catherine and Michael were introduced by Danny DeVito, an old friend of Douglas’s, with whom they shared an apartment for many years in their youth.

At the festival in the French town of Deauville, Zeta-Jones presented her first win in Hollywood – the film “The Mask of Zorro” with Antonio Banderas, where she starred.

At the time of the first meeting with his future wife, Michael Douglas was already a famous actor, conqueror (and “breaker”) of women’s hearts. 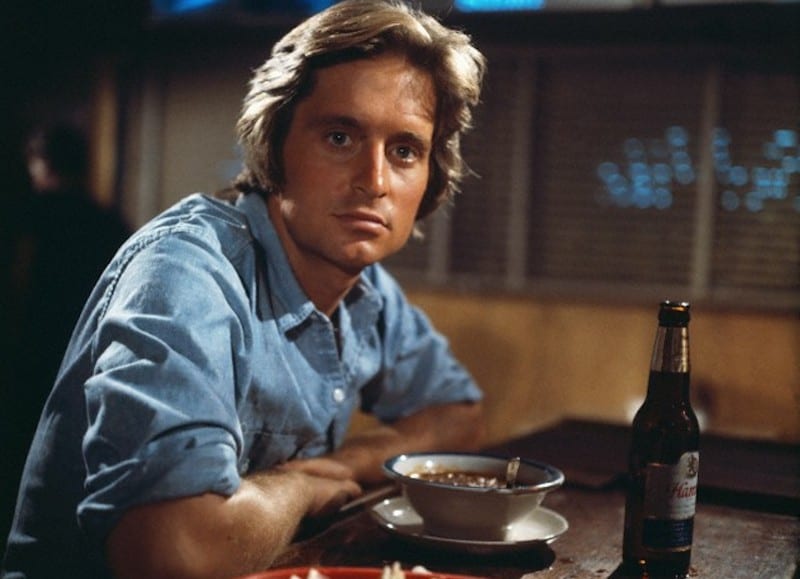 He, who grew up in the family of famous actors Kirk Douglas and Diana Douglas Darrid, was distinguished by love from childhood.

At 33, he met his first great love, 19-year-old Diandra Looker. After living with her for 23 years and fathering a son, Cameron, Michael divorced in 2000. The reason for the breakup was a meeting with Catherine.

Michael lost his head when he saw the young actress. 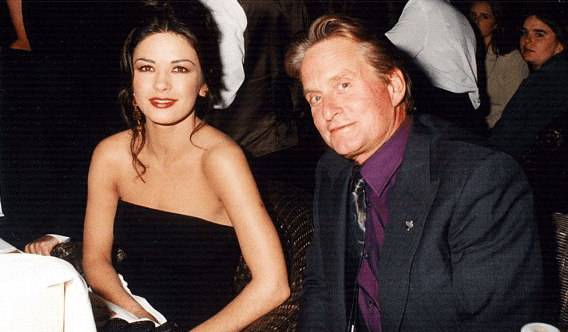 On the very first day of their acquaintance, he declared: “I want you to become the mother of my children,” and swore that he would never look at any woman in his life.

Before the couple started dating (secretly, of course), about six months passed. Catherine steadfastly held the line against the onslaught of bouquets, gifts, and courtship of Michael. They finally became a couple and officially announced it at the Edinburgh premiere of Zeta-Jones’ The Trap in June 1999.

I knew something special was going on. But work often kept us at a distance from each other, we even kissed for the first time only nine months after we met, Catherine recalls.

Seeing the picture in the newspaper, Catherine’s parents became worried. 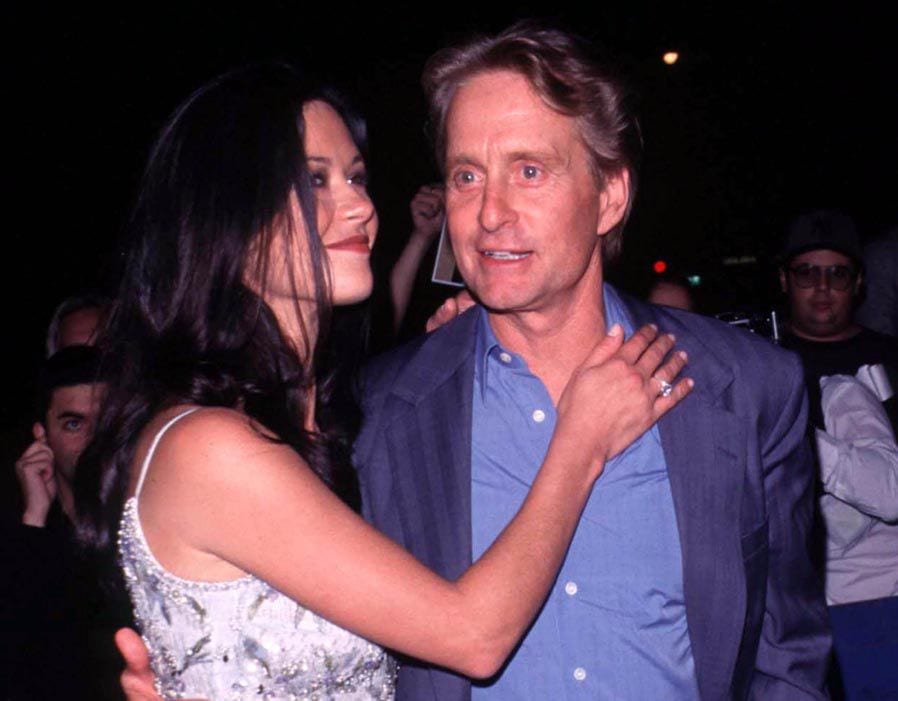 Always ready to support their daughter, this time they did not know what to think until the girl officially introduced Michael to her family as her fiancé.

Is there any doubt that the parents liked the charming Douglas and age … Does it really matter when it comes to love. Yes, and Catherine often admitted in interviews that she likes older men.

In 2000, they got married in the oldest hotel “Plaza”. The wedding of two Hollywood stars was chic and celebrated with a corresponding scale. 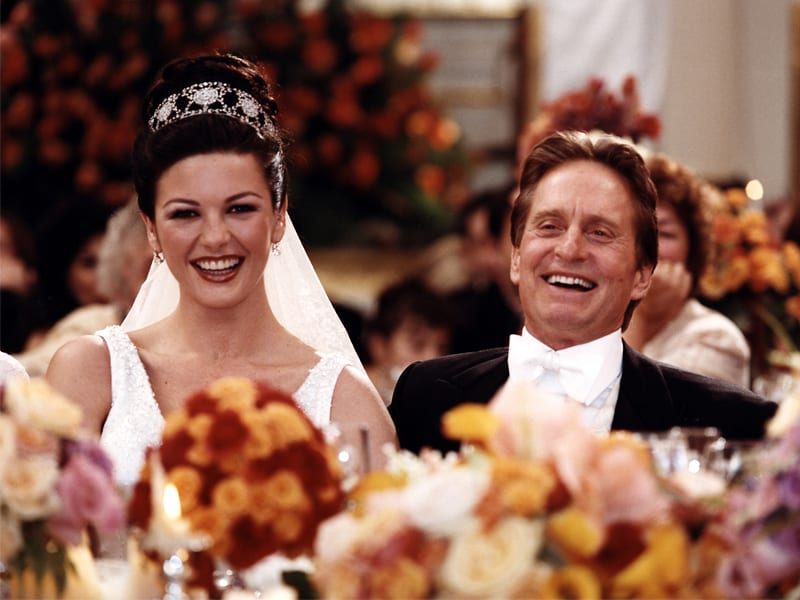 20,000 fresh roses to decorate the hall, a huge cake, a real Welsh choir, consisting of 40 people, 350 guests, and much more. Catherine was wearing a beautiful dress by Christian Lacroix that evening.

After her marriage and The Mask of Zorro, Catherine’s career took off. She was not going to limit herself only to the role of an exemplary wife and mother, wanting to develop in the profession and win more and more hearts.

Michael understood this and only supported his wife. The couple settled in a mansion in Bermuda. 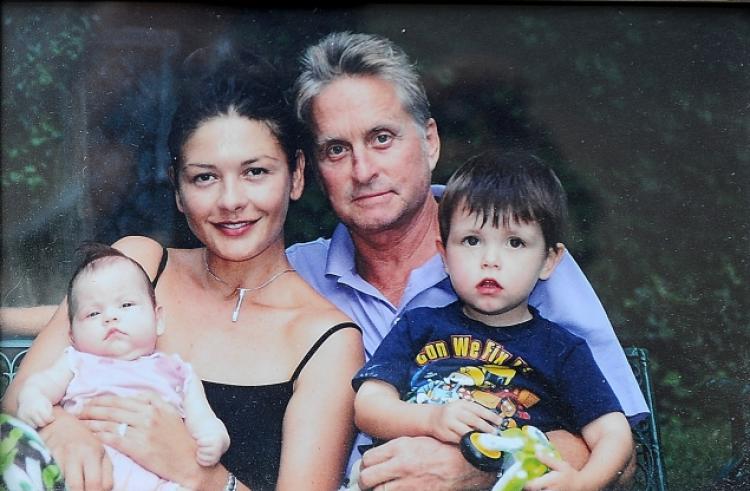 The choice of this place was justified by the desire of the actors to live away from the constant surveillance of the paparazzi and noisy Hollywood.

There they spent the perfect time for all world stars: playing golf, fishing, relaxing on a yacht, or just walking along the beach.

Catherine continued to act and develop professionally, but Michael, on the contrary, became a homebody and an exemplary family man. At his own request, he took up the upbringing of children and spent all his time with them. 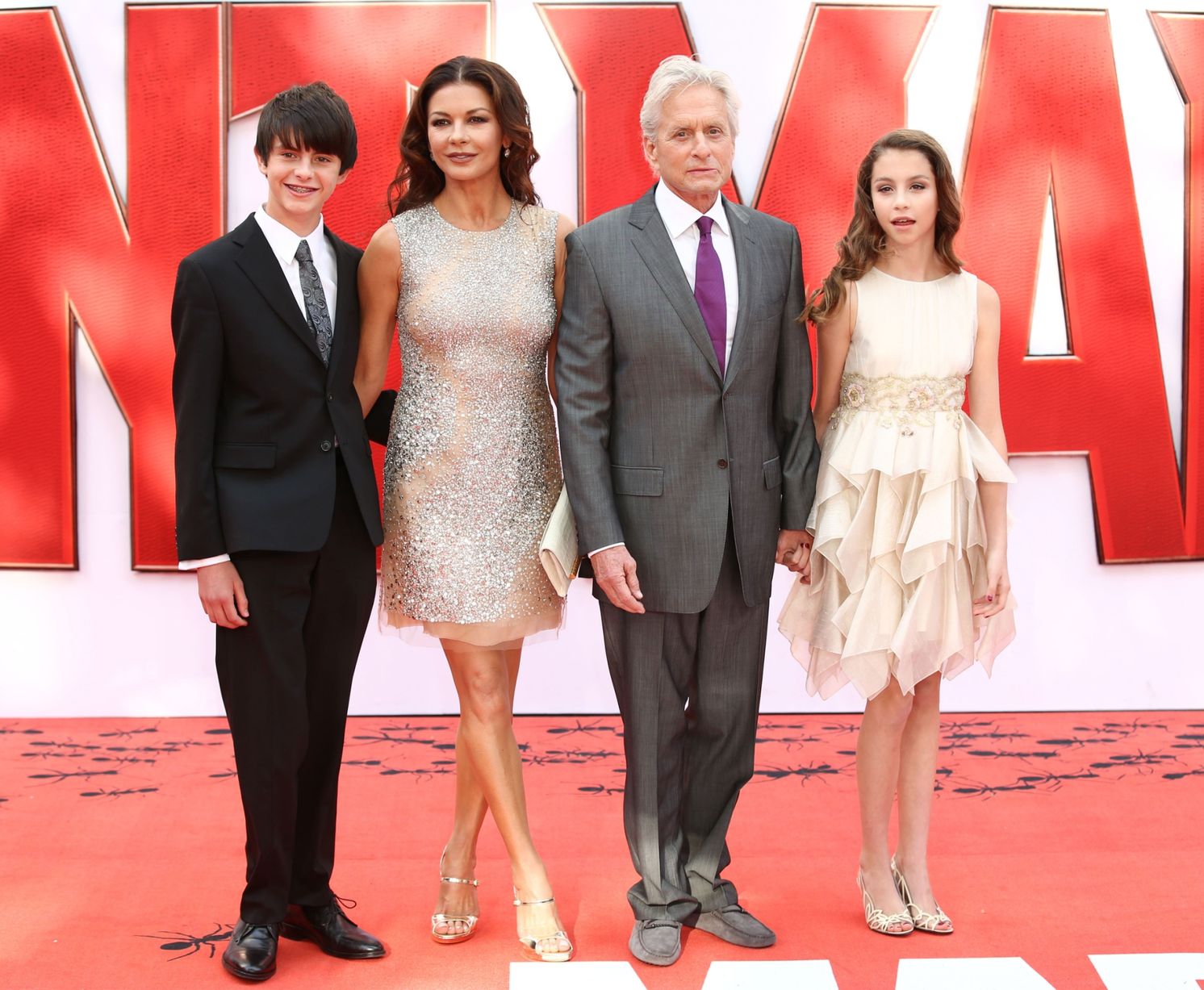 At the age of 66, the actor was diagnosed with throat cancer of the fourth stage, the last one. Catherine acted as a nurse, a year later Michael officially announced that he had overcome the disease and was sincerely amazed at the powerful support of his loved ones.

But after Michael, Catherine herself was forced to go to the clinic – after a whole year of fighting for her husband’s life and emotional overstrain, she was diagnosed with manic-depressive syndrome.

On August 16, 2013, Michael Douglas announced his intention to file for divorce. 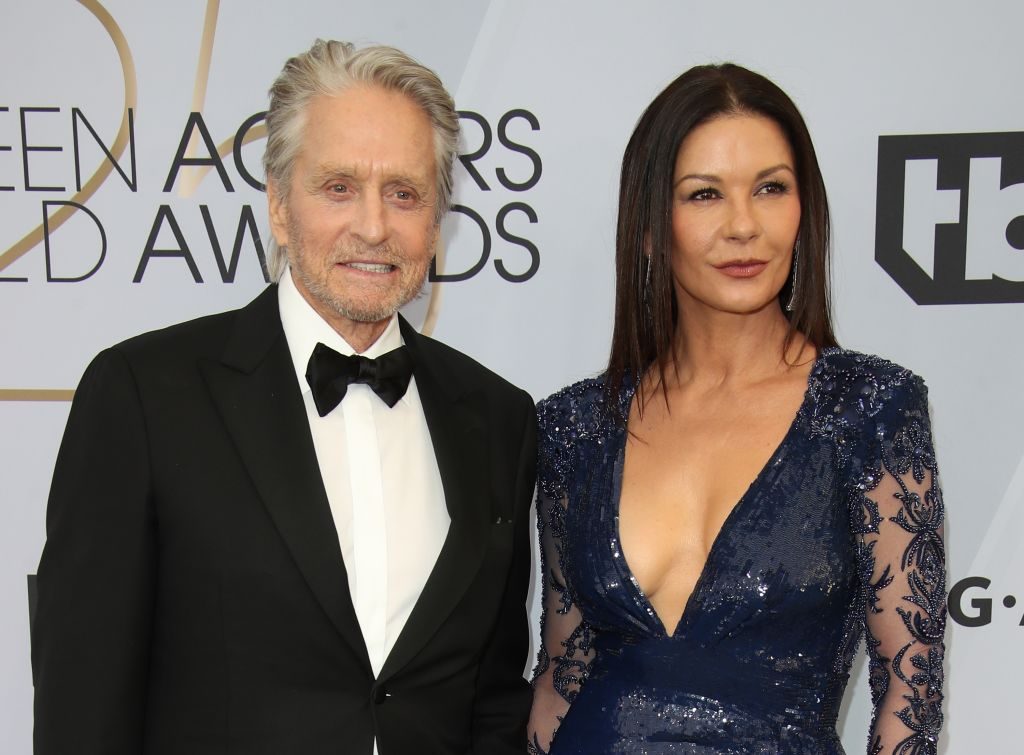 The reason for this statement was that the actor “can no longer endure the global depression, which is pronounced due to Catherine’s illness.”

However, already in November 2013, it became known that the couple restored their relationship and they are still happy.