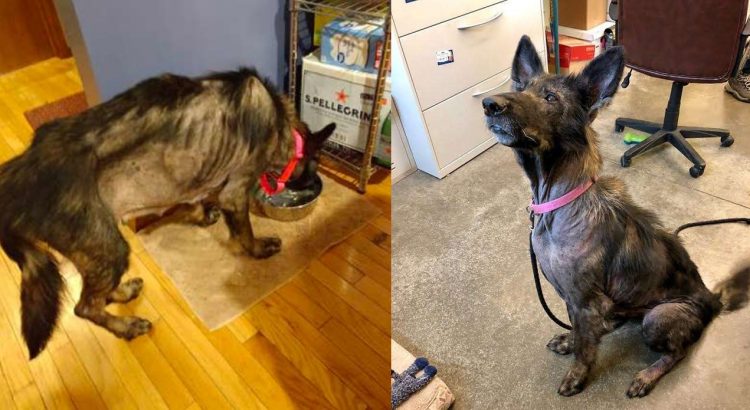 It is impossible to say exactly what this dog had to go through.

A German Shepherd named Bella was found all alone. She wandered along the side of the road in Lancaster, Pennsylvania. The dog was painfully thin, which made it look more like a skeleton. In addition to this, the shepherd was missing almost all the fur on the body.

Fortunately, the animal was noticed by one of the drivers passing by. He immediately stopped to help the dog! The man even set aside time to take the animal to a shelter. 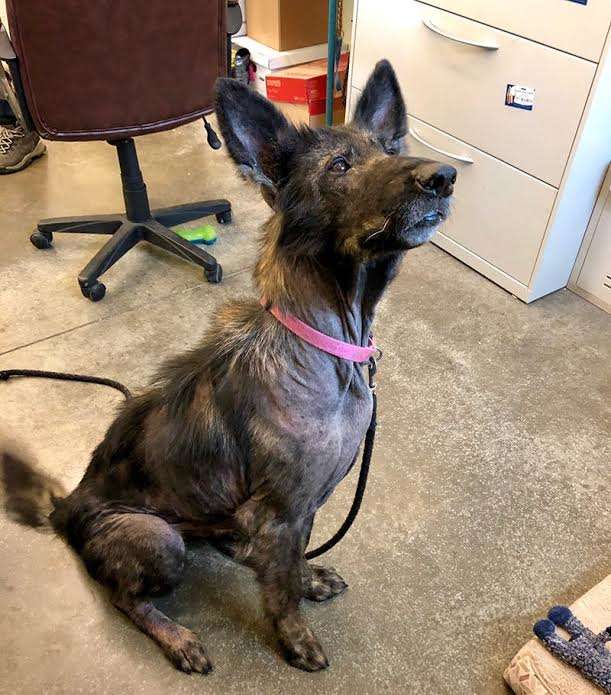 Surprisingly, Bella was not at all afraid of the stranger and jumped into his car as soon as he opened the door. She was incredibly sweet and trusting.

It seemed that the dog was happy to be in the company of people again. When the rescuers gave her a tennis ball, Bella got very excited. Despite her poor condition, she grabbed the ball in her mouth, clearly not intending to give the toy to anyone. 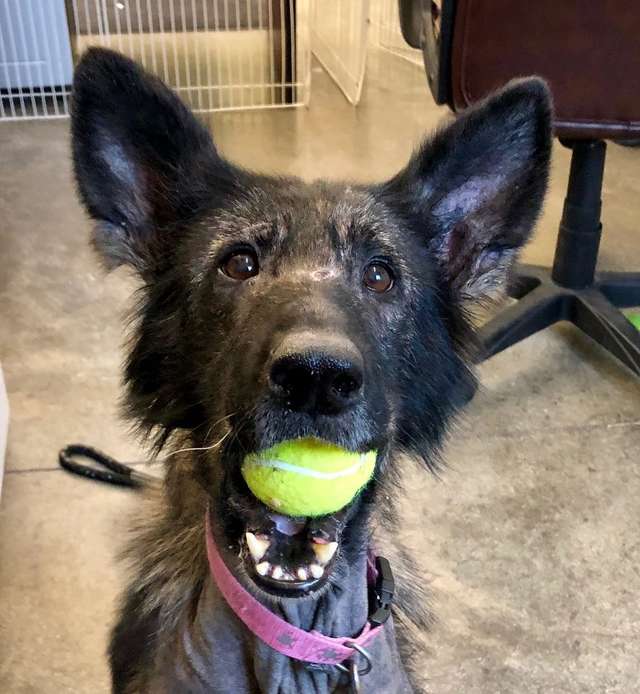 It’s hard to say how long Bella lived without toys, but it was obvious that she really liked them.

It is not known exactly where the shepherd came from and why she ended up on the street, but the shelter staff suggests that the owners kicked her out due to a developed skin infection and hair loss.

When Bella was found, she was already about 7 years old. It is possible that her former owners used the animal to breed puppies. 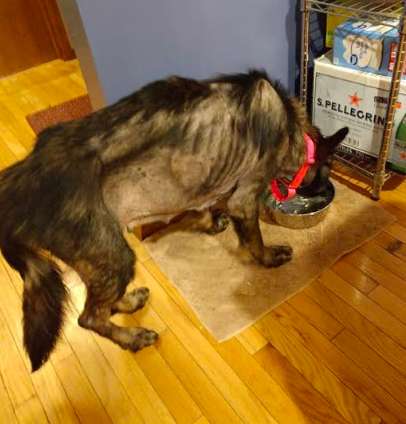 Bella was soon taken in by a foster family. The baby began to feed very well so that she quickly gained weight. In addition, her skin began to be treated with drugs that help the hair grow back.

Surprisingly, the dog was skinny not because her body did not absorb food well. Turns out they just didn’t feed her. Rescuers still do not understand why the previous owner did not give her to a shelter, continuing to torture the animal.

The most important thing is that now Bella has everything that she lacked so much! In the foster family, she is pampered in every possible way. 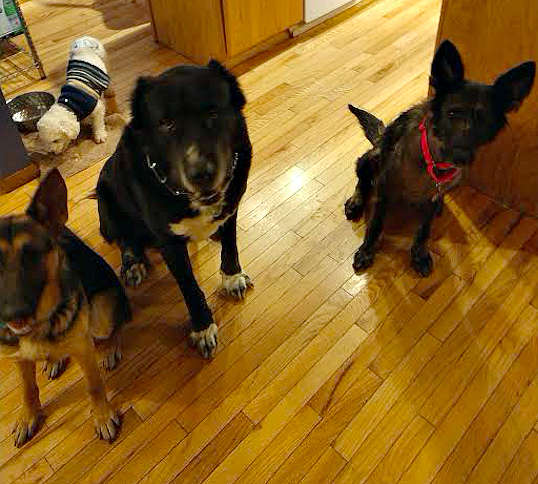 The dog made friends with other pets living in the house. The people who sheltered her initially planned to give Bella time to recover in comfortable conditions, and then to place her in good hands. But recently they realized that they would never part with a shepherd dog! 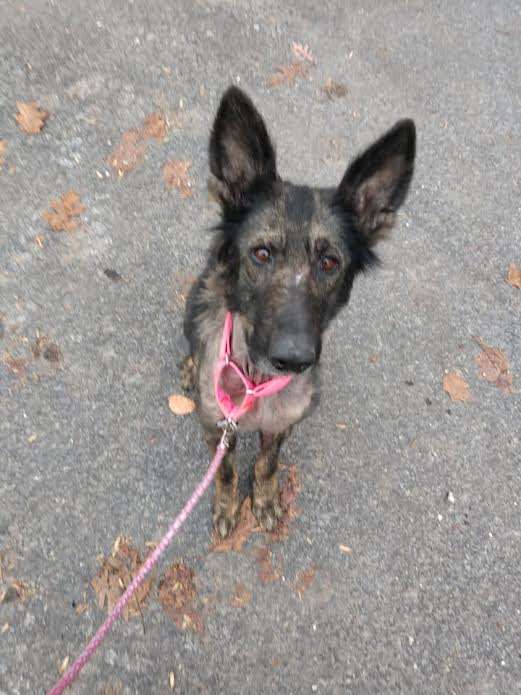 “It’s impossible not to love her! She is a real angel who reaches out to people, despite what she had to endure. There was not a single person to whom she would not wave her tail. Bella is a miracle, not a dog!” – says its new owner, who, by the way, has been saving shepherd dogs for 25 years.

Now the baby will be fine! She will never again have to face neglect and cruelty.