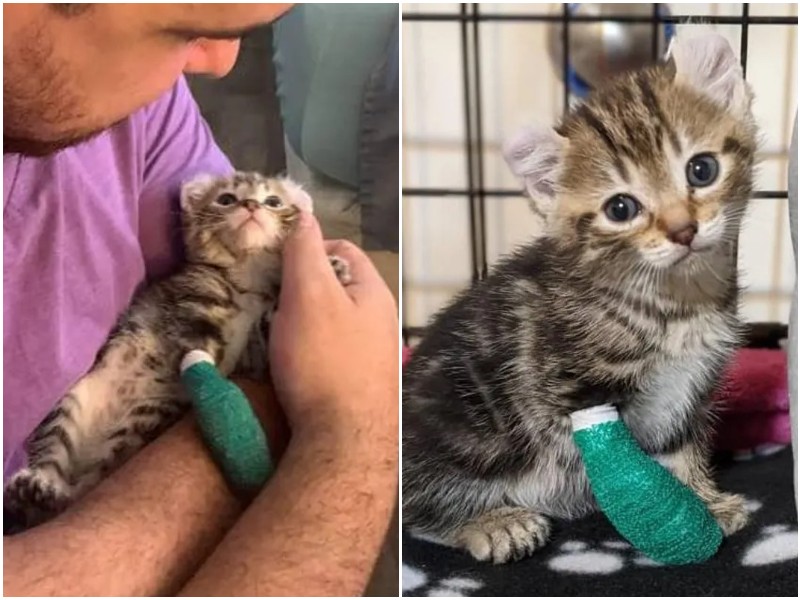 A month ago, this poor thing was picked up on the streets of Los Angeles. She did not expect people to lend her a helping hand, but she trusted them. The tiny cat had six toes on its paws, and some other deformities – but they only make it unique.

A month ago, a tiny kitten was brought to the Friends for Life shelter in Los Angeles. Veterinarians determined that she was only four weeks old, and it was not known how such a baby could survive all this time on the street completely alone, without a mother. 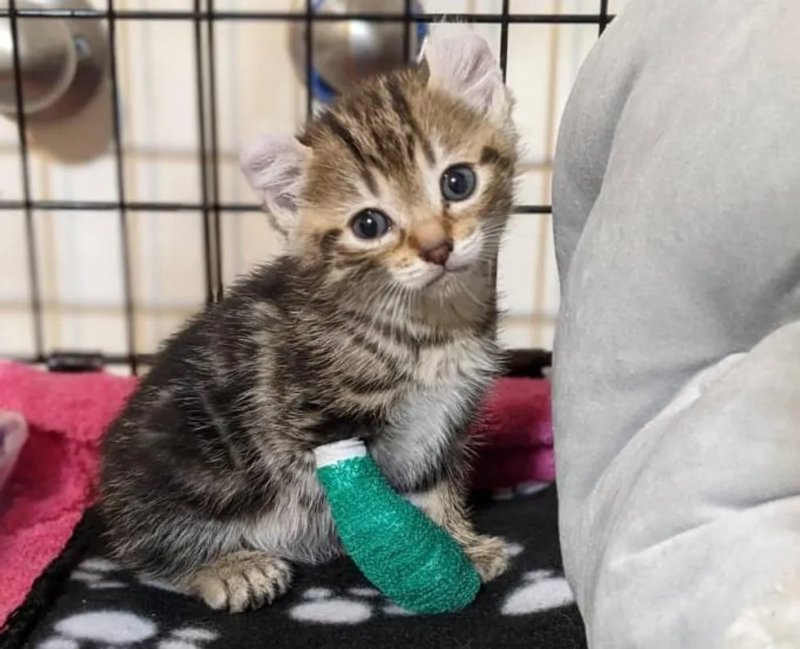 The cat had several features. She was born with polydactyly – extra toes, twisted ears, and a twisted paw – she was immediately put on a special splint. The cat had impaired mobility – but fortunately, she was young and she was helped to cope with this. 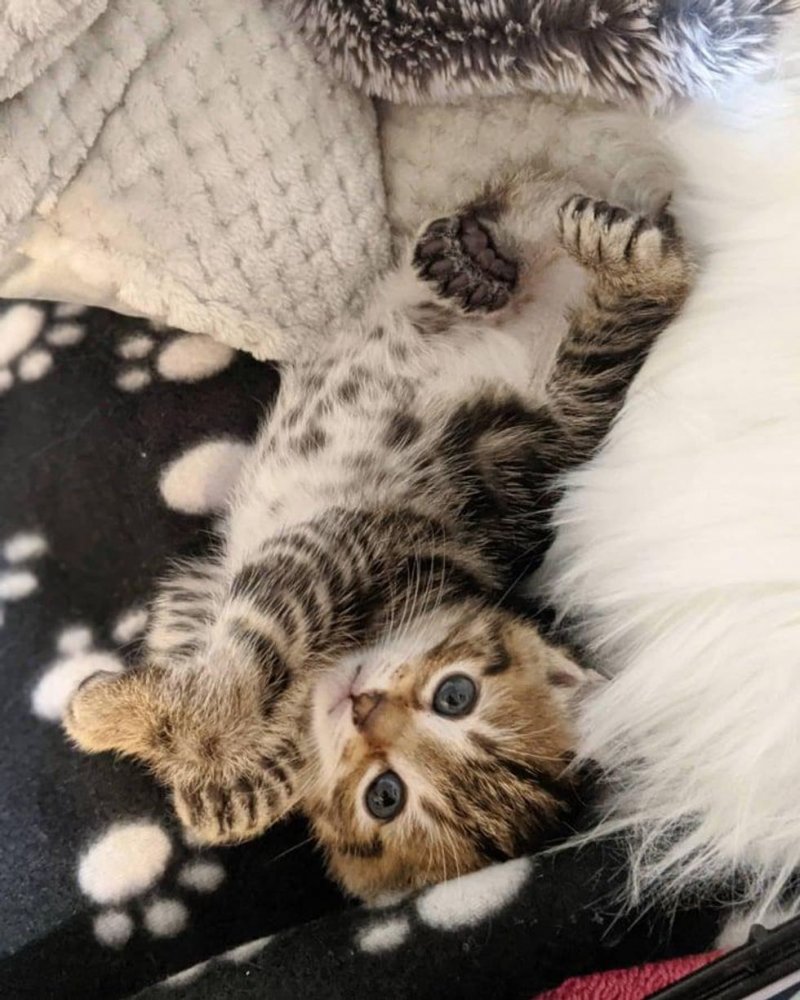 The cat was named Indira or Indy. Caring guardians from the shelter sensitively looked after her. She did sessions of physiotherapy, massage, and gymnastics. After a week of all the procedures, the baby began to show results. 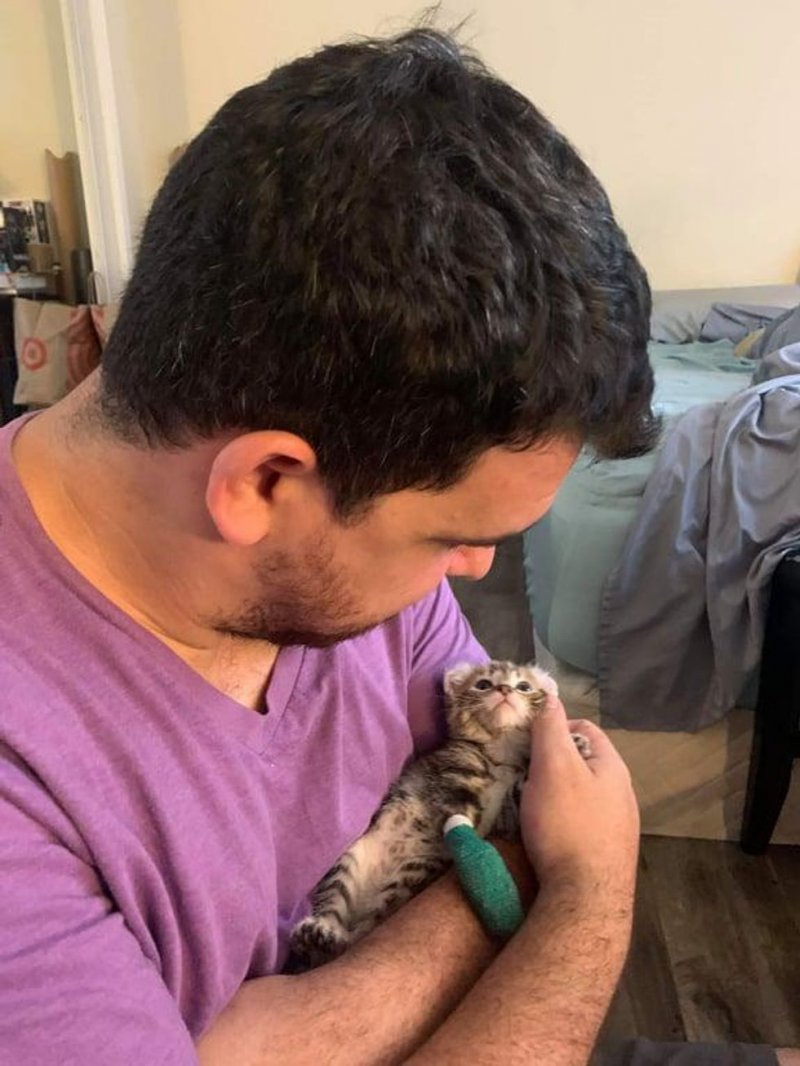 Indy began to walk straighter, became more active and playful. This brave baby realized that she was safe here, and a fountain of energy woke up in her. The guardians fell in love with this charming girl and rejoiced at her every small victory. 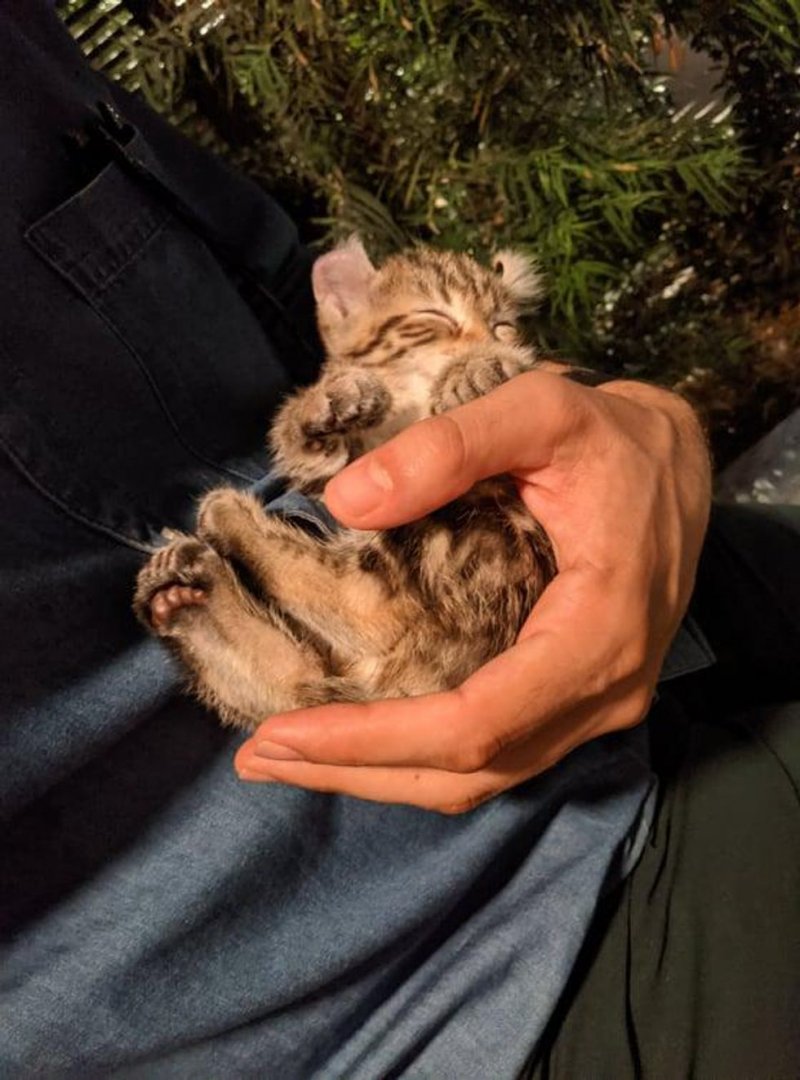 After some time, Indy removed the splint – her leg straightened out, which added even more energy to her! The cat loves to run, play, run around the house. The guardians continue to give her massages and gymnastics, improving her mobility every day. 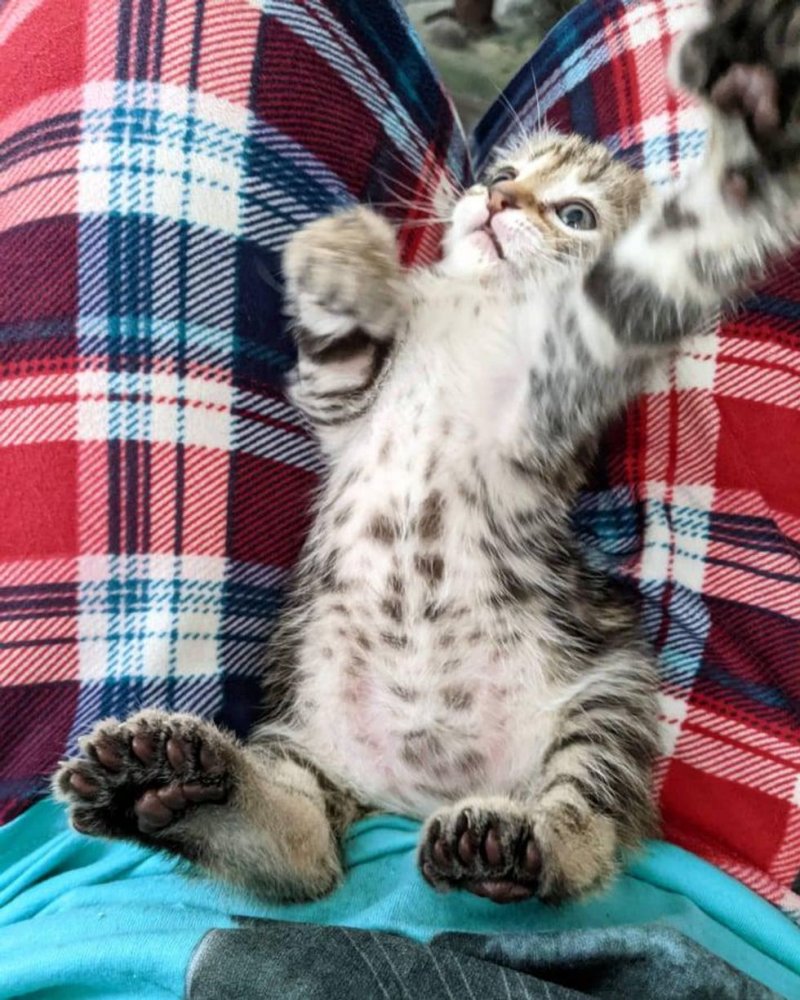 All procedures Indy endures bravely – as if knowing that it is necessary for her health. She is now seven weeks old, and when she is old enough, permanent homes will be found for her. Be happy, little one! 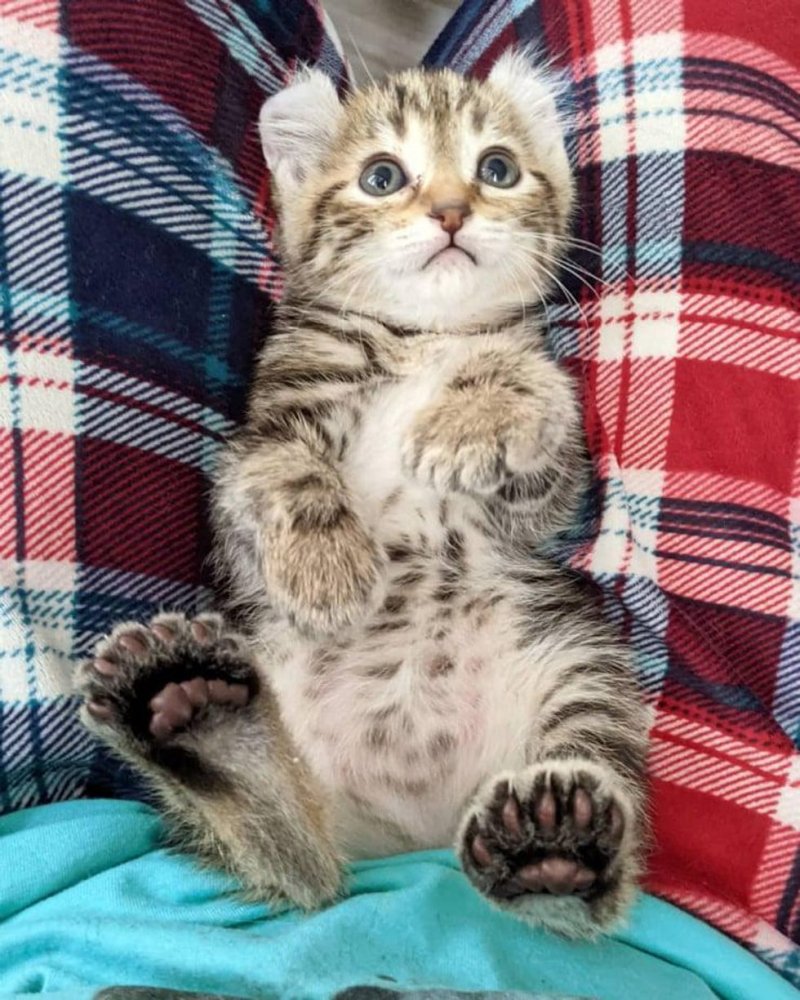 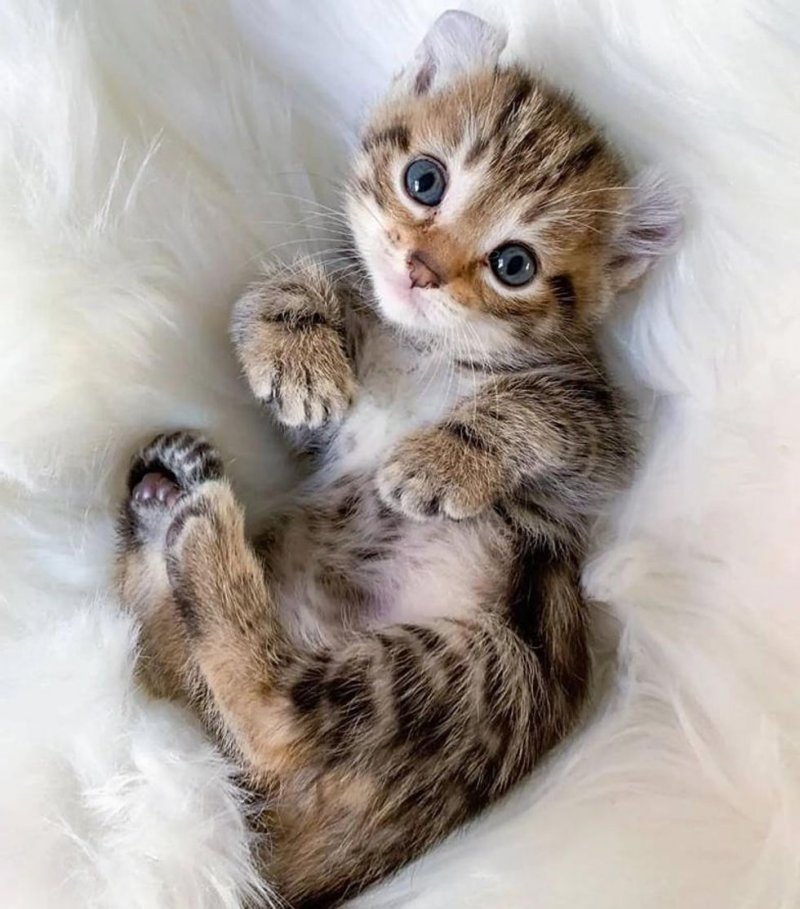 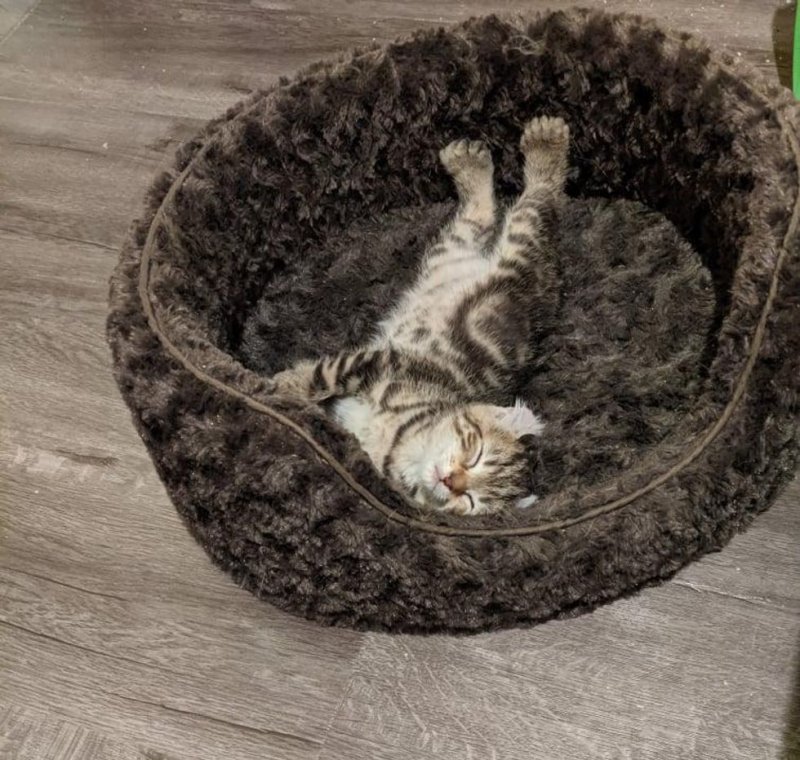 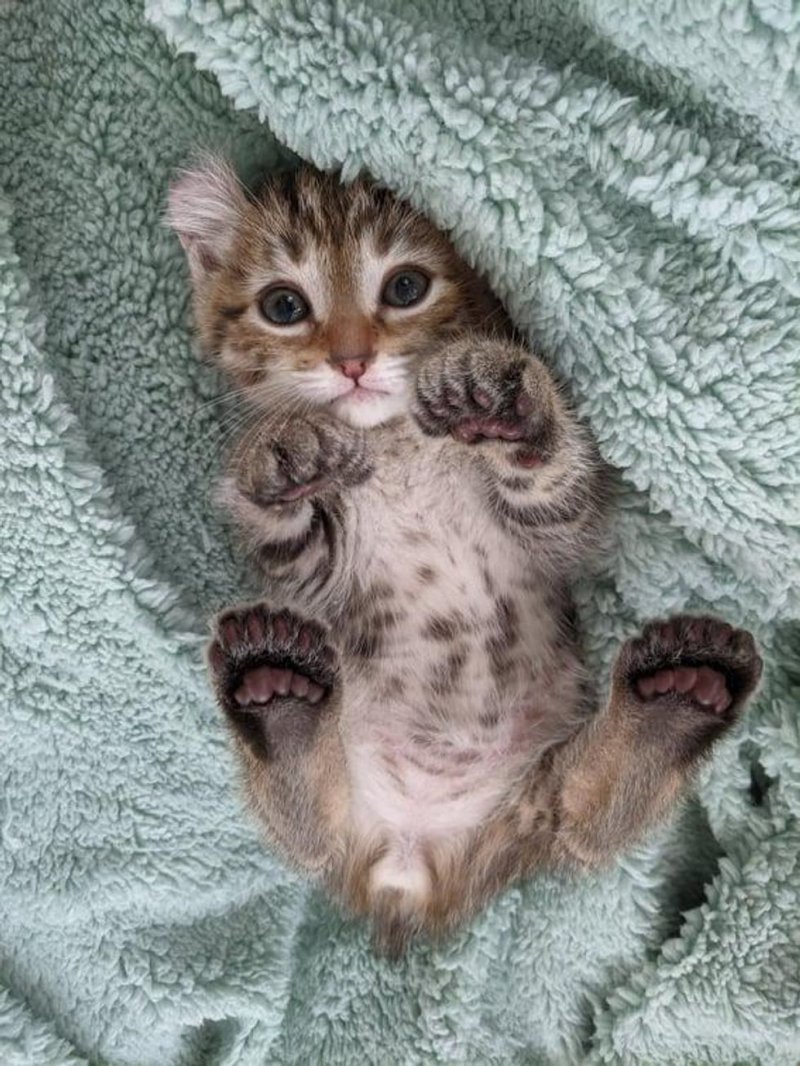