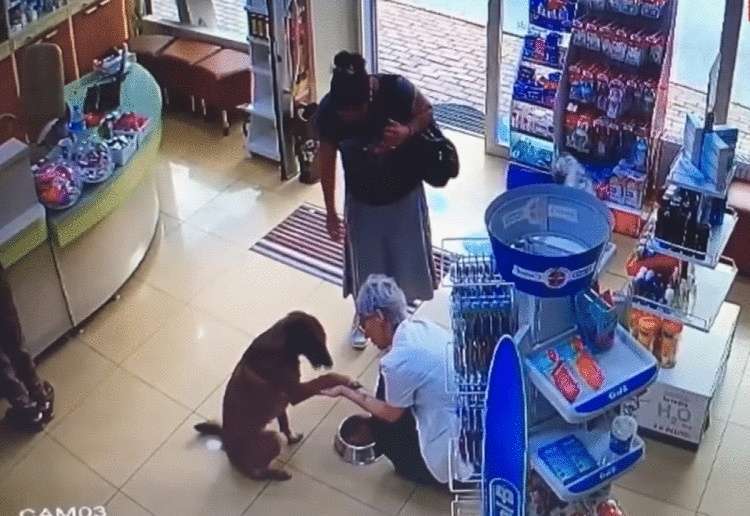 The incident was videotaped and published on social media. It once again demonstrates to all of us that animals trust people and frequently seek their help.

This occurred at one of Istanbul, Turkey’s pharmacies. The stray dog entered the pharmacy calmly and approached the pharmacist, Banu Chengiz as if nothing had happened. Assuming the dog was hungry, the woman placed food on a dish in front of the unexpected guest.

But instead of eating, she stretched her paw to the human and waited for assistance. Then everything made sense. The animal’s paw was indeed bleeding and damaged. The pharmacist treated the wound with an ointment. At the moment, customers were entering the pharmacy. One of the ladies wanted to take the dog home with her, but she treasured her independence and left the pharmacy.