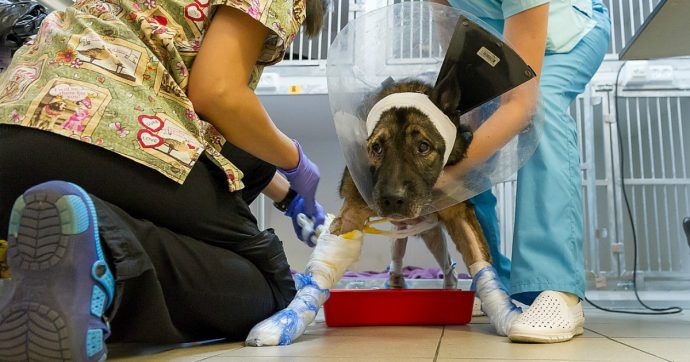 As soon as the dog fully recovers, Anna and Margarita will look for owners for the pet. We wish Pirate a speedy recovery!

It happened not far from the kindergarten. Boiling water gushed out of the ground in the middle of the lawn. Unfortunately, a street dog named Pirate was passing by. The poor fellow fell under the burning jets of water …

People heard the desperate squeal of the dog and rushed to his aid.

How did it happen? It turns out that three days before the tragic incident, there was no hot water in the area due to ongoing tests. When the water went again, the “mushrooms” on the heating main began to soar.

Power engineers assure that no applications or accidents were recorded that day. 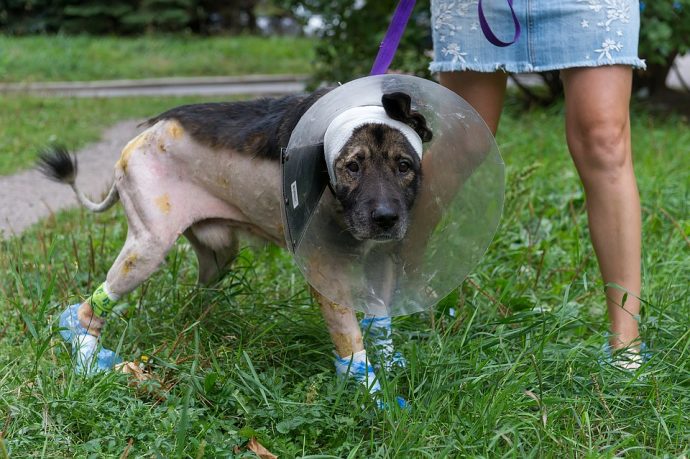 Near one of these “mushrooms” was the dog Pirate. 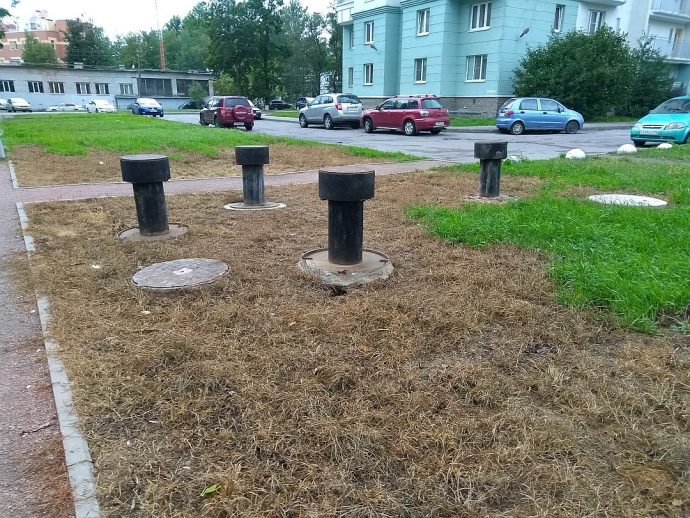 The ten-year-old pet was once a pet, but then the owners kicked the animal out of the house, leaving a collar around its neck “as a keepsake”.

Although the Pirate survived the betrayal, he was still drawn to people.

When the baby fell under boiling jets of water, a pensioner who was nearby and a man with a woman ran to help him. The ladies were frightened by the steaming, rapidly growing pool of boiling water, and the man quickly tied his pug to a tree and ran straight into the boiling water – to save the Pirate!

Fortunately, the animal was pulled out, but the dog bit his savior’s finger out of fear and pain. However, the man was not upset, sincerely rejoicing that the Pirate managed to be pulled out of the trap.

The shocked dog ran away, and the locals were looking for him for almost four days to help. Only on the fifth day did the pet go out to people …

The Pirate had severe burns on his paws, forearm, right ear, and eye. Flies have already begun to fly over the animal. 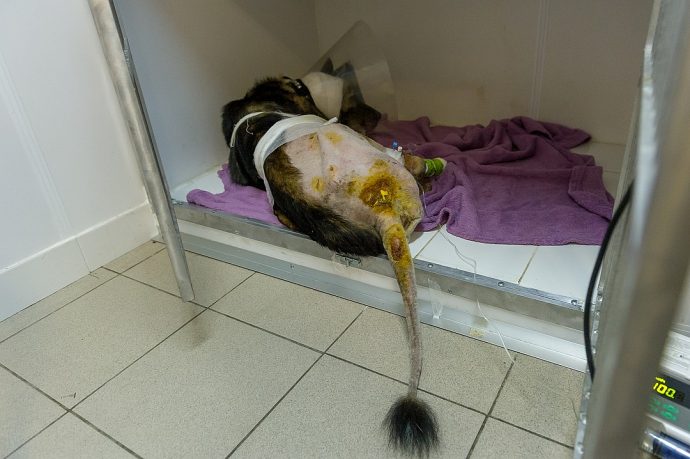 Two girls, Anna and Margarita, began to rescue the dog. They raised money through social networks, found a car, and then found a clinic where the animal underwent a complex operation, cleaning festering parts of the body and removing the testicles.

Then a hospital was found for the Pirate. True, the poor fellow will need to amputate the auricle – but this can be done only after the inflammation has been removed.

The condition of the dog is currently satisfactory. The doctors say that Pirate’s health is improving, which means he will survive! 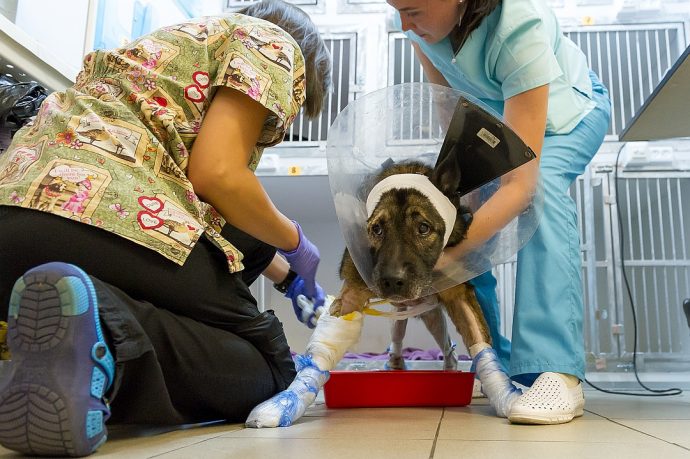 The dog has a good appetite. Volunteers laughed when they learned that the pet loves homemade pancakes.

The poor fellow is already carefully stepping on his paws, but he is still afraid to sit down – it was on the back that the most serious burns fell.

In a month or two, the wounds will heal, but for now, the Pirate will have a long treatment.

As soon as the dog fully recovers, Anna and Margarita will look for owners for the pet.

We wish Pirate a speedy recovery! And let him meet a person who will be able to make the dog’s life happy.