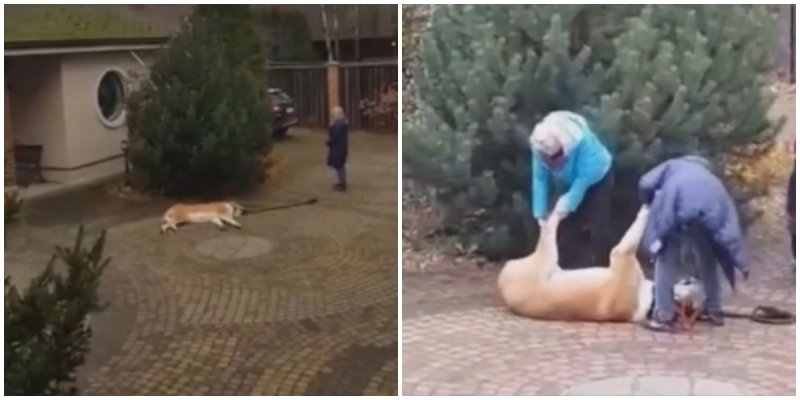 Sometimes visiting is so good that you don’t want to leave anywhere. This dog relaxed in the yard and did not want to jump into the owner’s car until he was dragged there.

A video appeared on the network where women are trying to persuade a huge Alabai to go home. The dog was not even going to get up to get into the car. Then the women had to forcefully lift their pet and drag it into the car. The dog demonstrates with his whole appearance that he likes to be in the current position and he does not intend to change it.

The video has received more than 500 thousand views and thousands of comments. Netizens laughed at the dog and advised the owners to buy a special wheelbarrow.