In Belarus, a mechanic at a local Toyota center lifted a newly arrived car onto a lift – and saw two frightened burning eyes under the car.

As it turned out, the car drove 150 km, all this time a traveling cat was hiding under the bottom of the car. She experienced severe stress, did not allow herself to be picked up and was afraid of everything. An employee of the center, Sergei Gavrilko, immediately made a Facebook post about the found kitten, wanting to find a home for the girl. 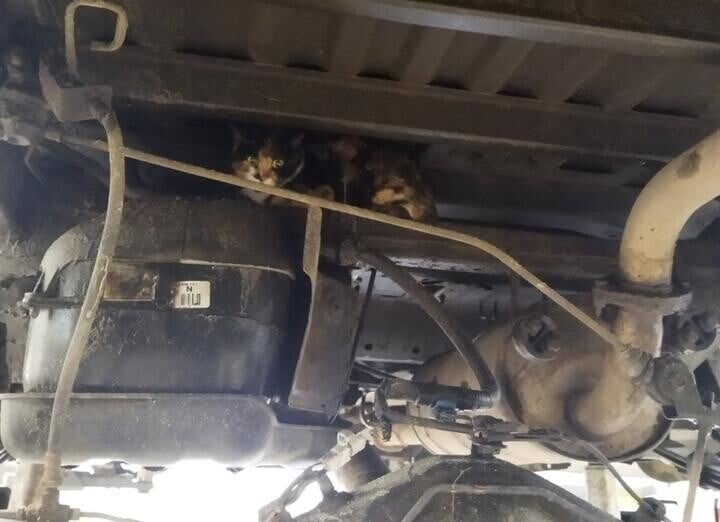 The mechanic Alexander Yaskov discovered the cat. He obviously did not expect to see a cat during the inspection. 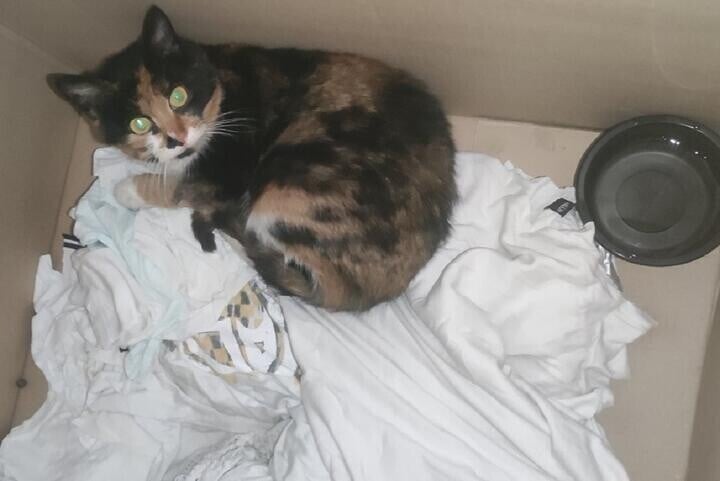 The cat, most likely, climbed under the car to warm herself, but did not have time to get out. 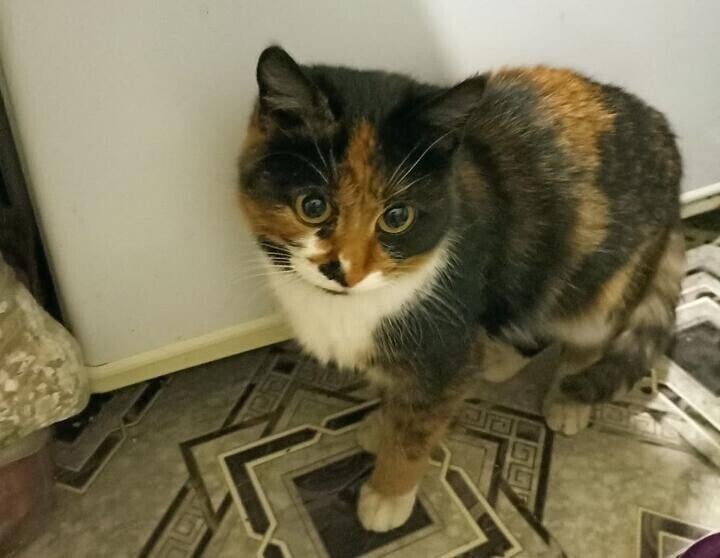 At first, no one wanted to take the kitten, but in the end, Alexander, who found the girl, decided to take her. “I was persuaded, arguing that such meetings are not accidental. Yes, and the tricolor cat, they bring good luck,” Alexander shared. 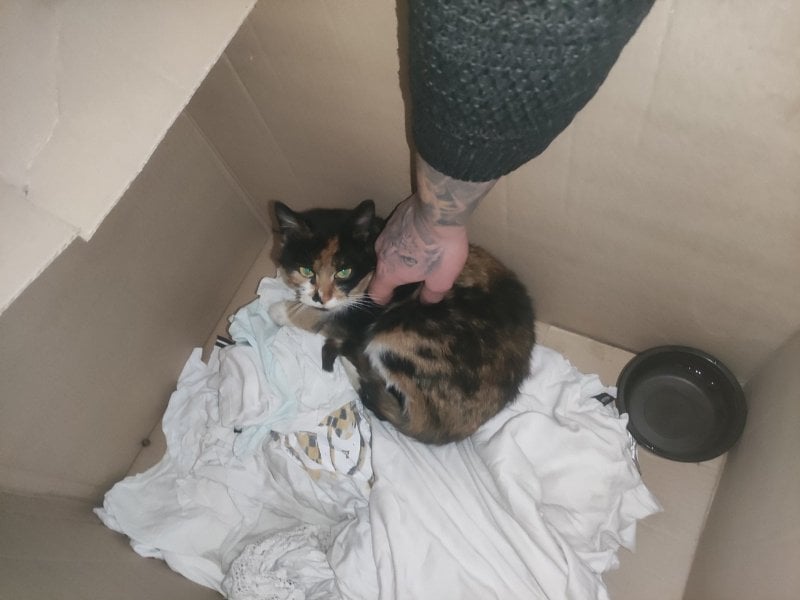 Many suggested naming the girl Toyota, but Alexander is still thinking. Ahead of the cat waiting for veterinary examinations while she is getting used to a new place.