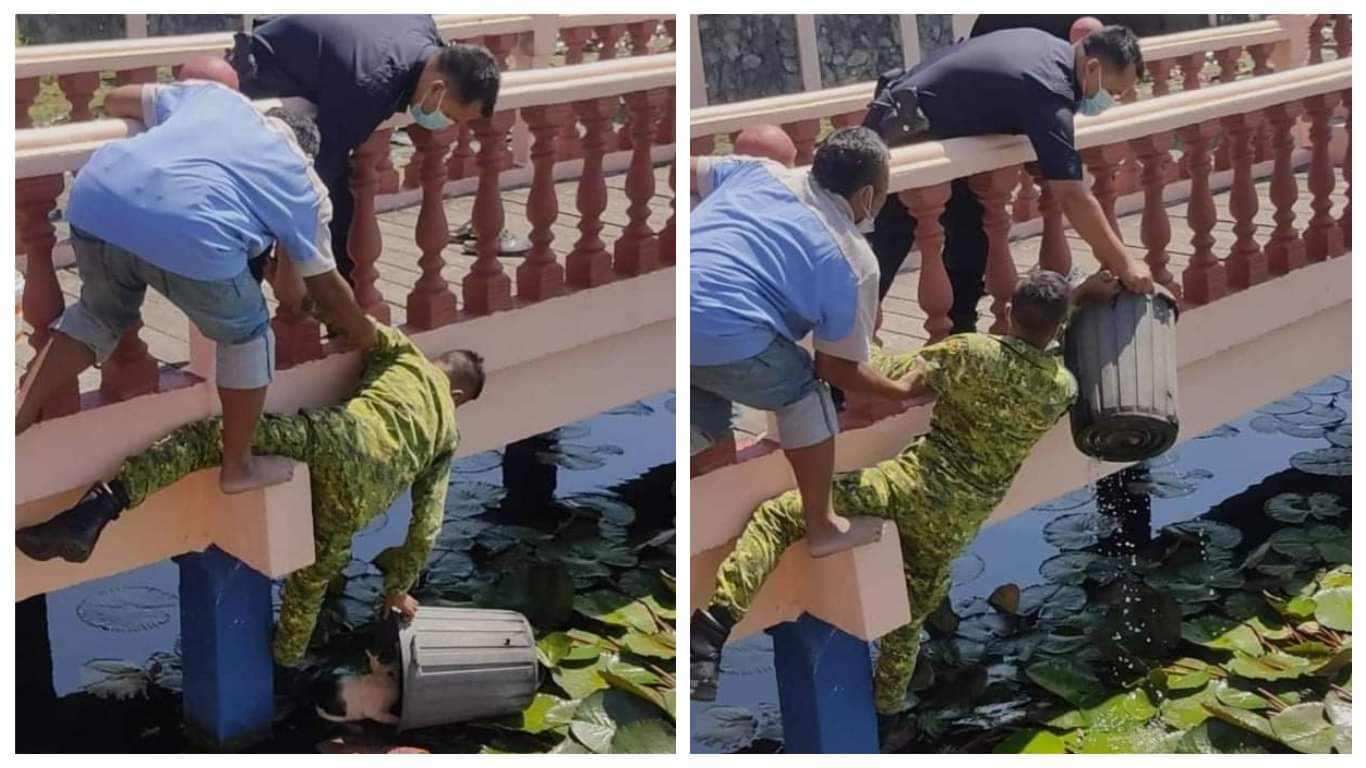 Every day in our lives there are feats, even small ones. The result will be more effective if the team contributes to it. Two ordinary residents of the state of Perlis just recently helped a defenseless cat. But in appearance, the cat was not as grateful as the rescuers would like, most likely it was from fright. 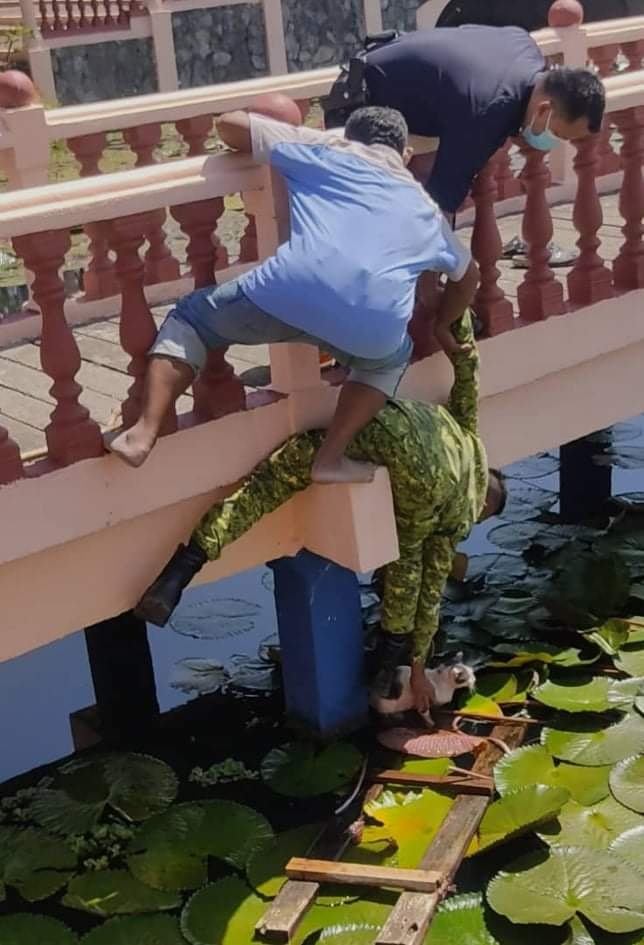 The incident took place in Malaysia. Fluffy fell into the water but was able to hold on to the wooden debris. The incident was noticed by a soldier of the local volunteer brigade. He tried to pull the beast out, but it was not positioned very comfortably. A man passing by volunteered to help the soldier. He held him and thus together they tried to get the cat. A police officer joined the rescue operation. But all efforts did not bring success. 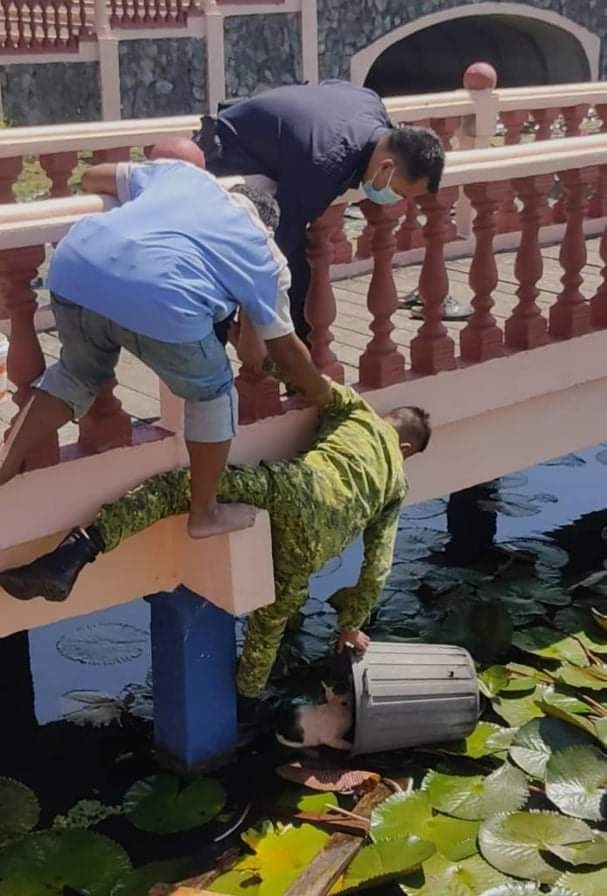 This was due to the behavior of the cat, which all the time tried to dodge and did not let itself be picked up. Then the ingenuity of the rescue team came into play.

An ordinary bucket will sometimes be the most useful! In this situation, the plastic container was just the right size for the cat and helped to catch it and lift it to land. Great teamwork! 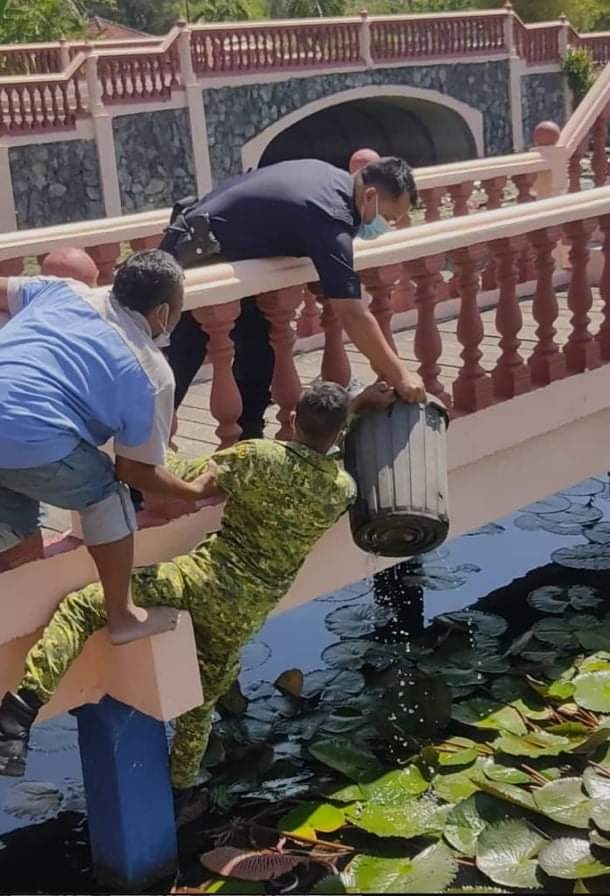 Not feeling gratitude for the good deed done, the cat ran off without even thanking his saviors. Instead, many social media users expressed their gratitude to the men for their deeds and urged other people to follow the example of the heroes.