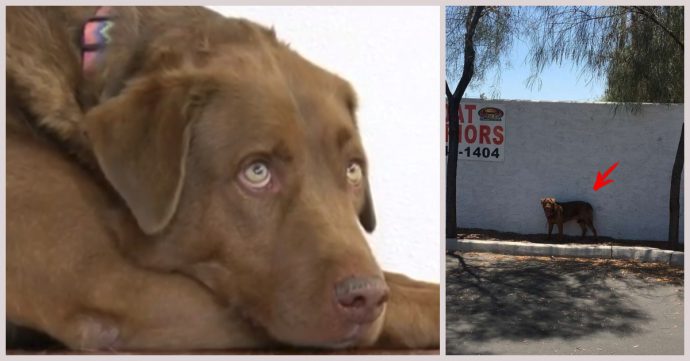 It’s a pity that Chewie faced betrayal in his life – but maybe it’s for the best!

A little over a week ago, on Friday, the air temperature in Arizona rose to a sweltering 44 degrees. From the heat, people hid in home pools, and city fountains, or simply stood for hours in a refreshing shower. It is impossible otherwise – with such thermometer values, even a few minutes of exposure to the sun is fraught with heat stroke, burns, and even death!

But one small dog in the city of Scottsdale was not so lucky – not only could he not reach the water, he could not even stand in the shade! And all because her former “loving” owner tried especially hard – he tied the pet to a mesquite tree near the Desert Tails Shelter. The crown of this plant was rare and therefore did not save from the heat at all. The poor animal walked around the trunk, whined in the middle of a deserted street, and could not understand what deeds deserved such torment …

However, the retriever did not give up. Seeing that no one was in a hurry to help him, the dog began to gnaw on the leash. Soon he was able to free himself from captivity and run into the shade from a high wall next to the shelter. 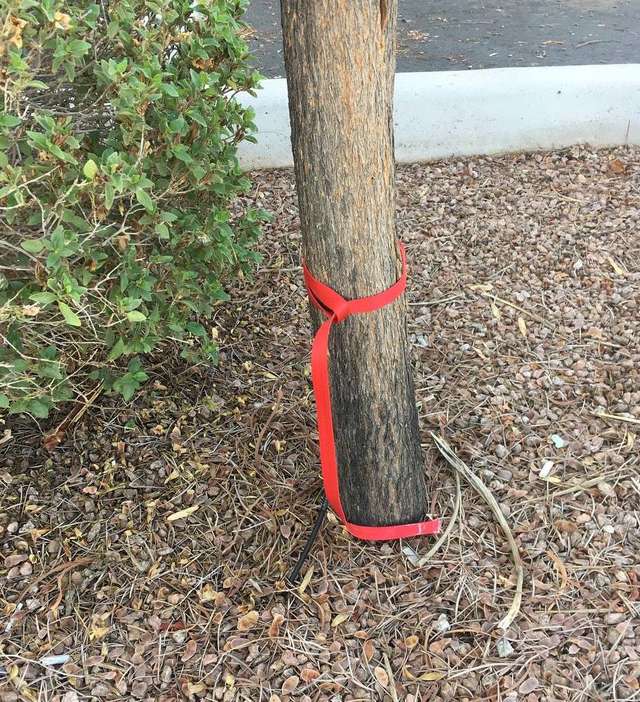 There he was found by a passer-by who, in the late afternoon, came on business to the Desert Tails Shelter. The guy decided that one of the pets of the shelter was somehow lost, and hurried to inform the employees of the institution about it. Then one of the female volunteers went outside and saw an abandoned dog. She immediately brought him water – the retriever drank several bowls of thirst and still could not get drunk! 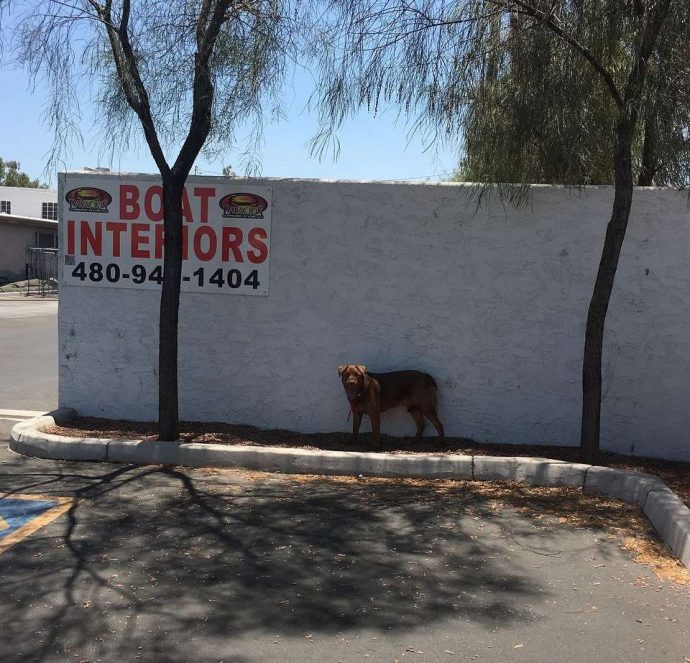 “He suffered several burns – the sun still left its mark on him, ” says the director of the shelter. “ But otherwise this boy is healthy and cheerful!” 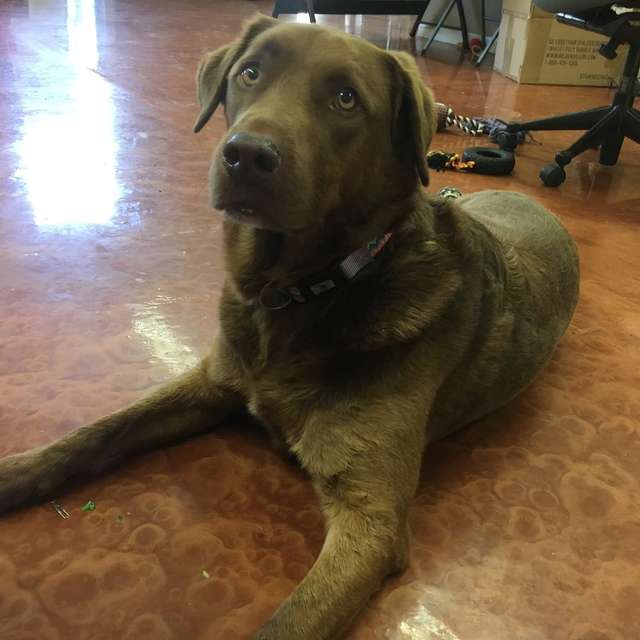 Volunteers tried to find a chip with an address, owner’s name, and nickname, but there was no information about the dog’s past life. Then the rescuers named him Chewie.

The dog quickly captivated all the employees of the Desert Tails Shelter: his good-natured, soft and playful character captivates from a glance! It is hard to imagine that this cheerful child could bother someone …

Due to their good nature, Chewie was not placed in an aviary like the rest of the pets but was left in the “daycare” room at the reception – where several other, most human-oriented dogs lived. They seemed to be the face of the shelter! Among them was a mother with cubs, another dog who arrived in these walls on the same day as Chewie, well, our hero himself! They all became very good friends and now support each other. 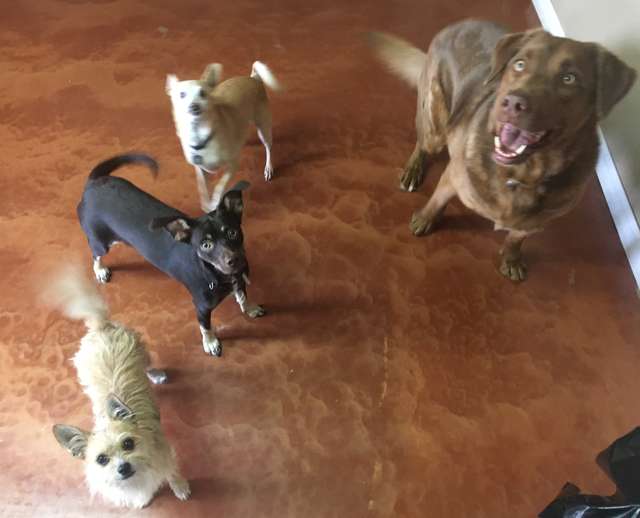 The employees of the institution are sure that this boy will become the best dog for a large family – with children, cats, other animals, and relatives. He will be able to find a common language with everyone!

It’s a pity that Chewie faced betrayal in his life – but maybe it’s for the best! Now he will have the opportunity to change his fate and find the most loving hands.