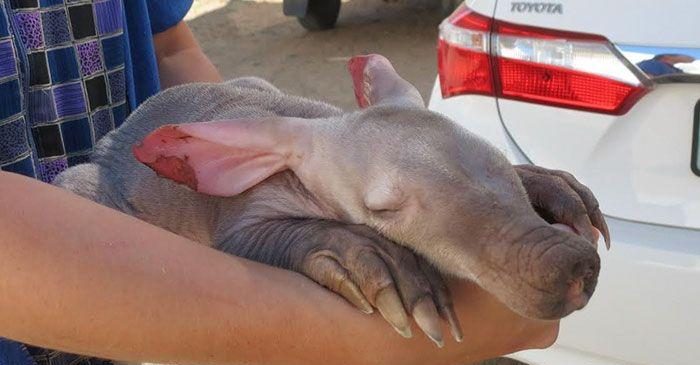 One day a truck driver in Namibia walked up to his car and… froze in surprise. An unseen animal pressed against the wheel from the inside in a dream.

He had big pink ears like velvet flags and a long brown nose with a plush snout. And his five fingers resembled the paws of a large mole! 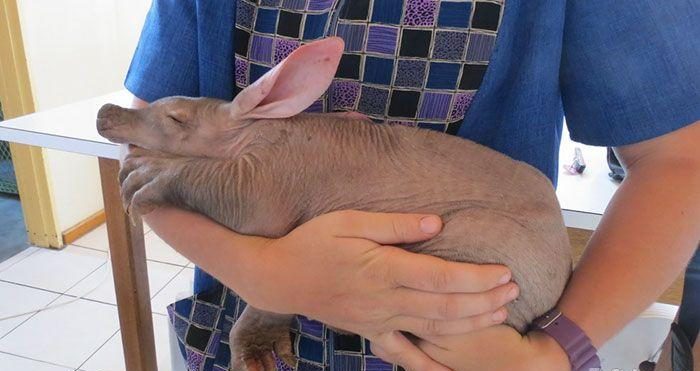 The driver carefully picked up the crumbs in his arms and took him to a shelter for homeless animals. Veterinarians determined his age – no more than 2 months! 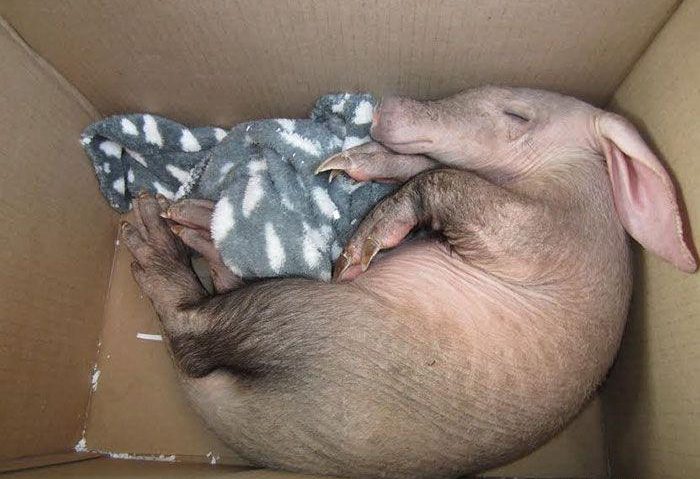 This little aardvark was left without a mother, and if a kind person had not helped him, then he probably would have died under the wheels of cars or from hunger. 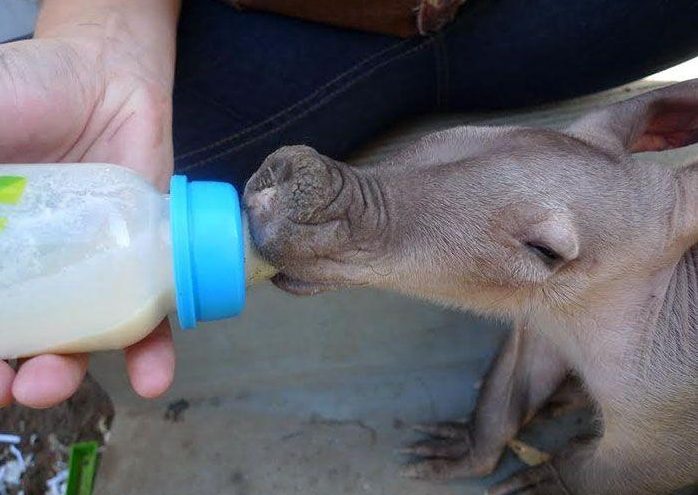 And in the shelter, the animal was quickly put on its feet. Here he made friends with a whole bunch of dogs and fell in love with playing catch-up with them. 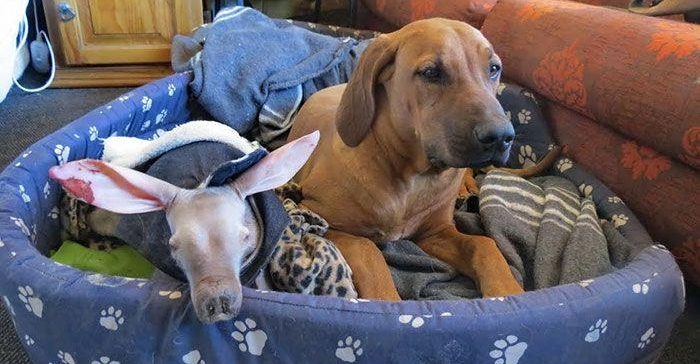 At the age of 7 months, the grown aardvark was released back into the wild. 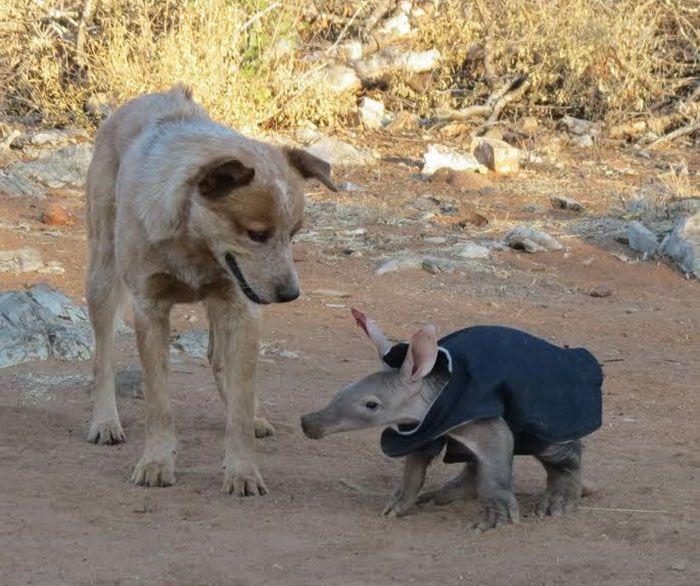 But he has not forgotten his childhood! 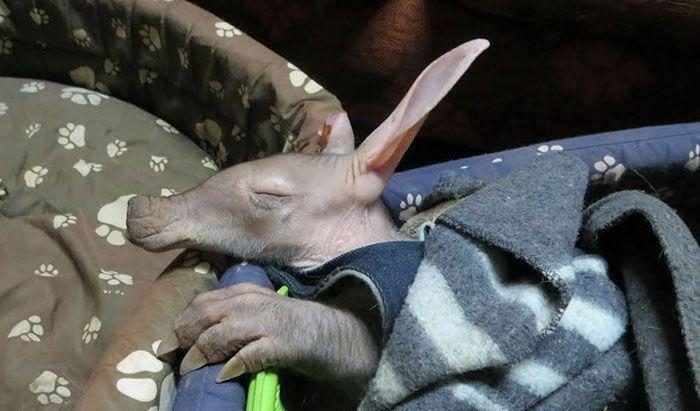 Now every night he comes to the doors of the shelter to visit his beloved “parents” and “half-brothers”. And, I must say, everyone, is very happy with him! 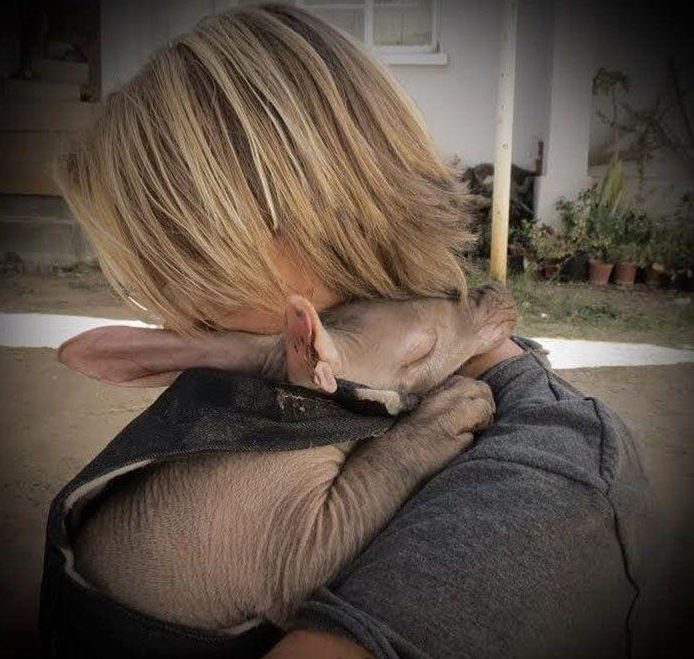