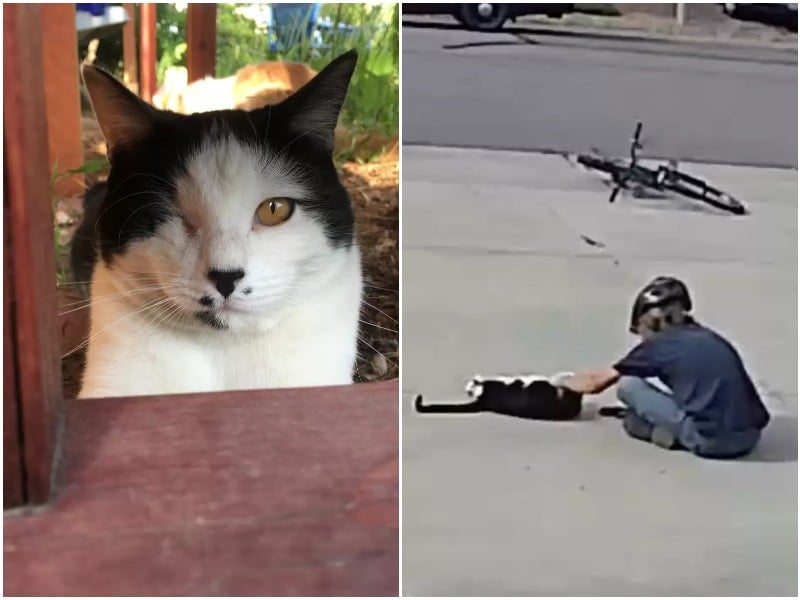 Residents of the entire area shun a one-eyed cat named Ace, who periodically appears on the street. Everyone is afraid of the cat’s unusual appearance, and shyly bypass him. But recently, Ace had one friend who showed him what real friendship is!

A cat named Ace from the US was rescued when he was a kitten. He lost one eye due to an infection after a long life in harsh outdoor conditions. The current owner named Norma Malkovich saved him, restored his health and gave him a warm home, for which Ace is very grateful to her. 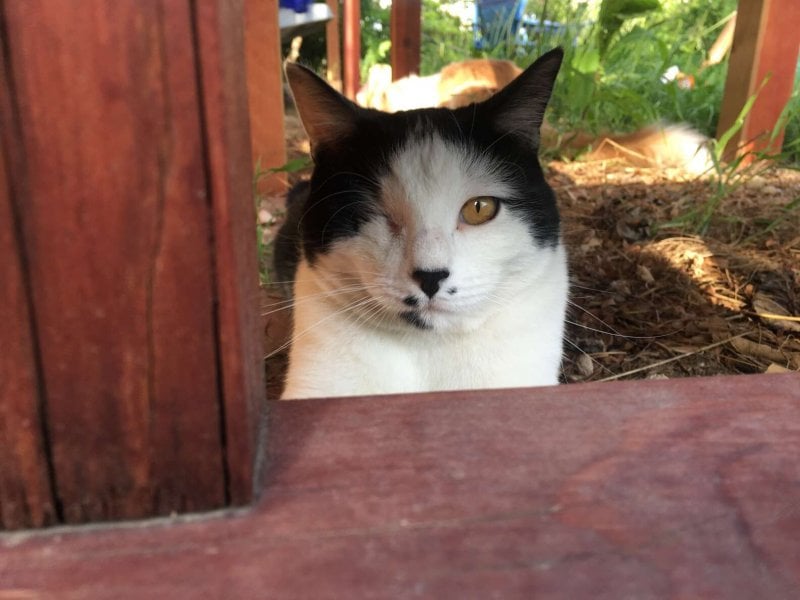 Now the cat has grown up, and the owner lets him go for a walk outside. However, the residents of the area dislike and shun the cat because of its unusual appearance. Although Ace himself is a kind and sociable cat, many are frightened by his appearance, and they immediately bypass him – especially children. 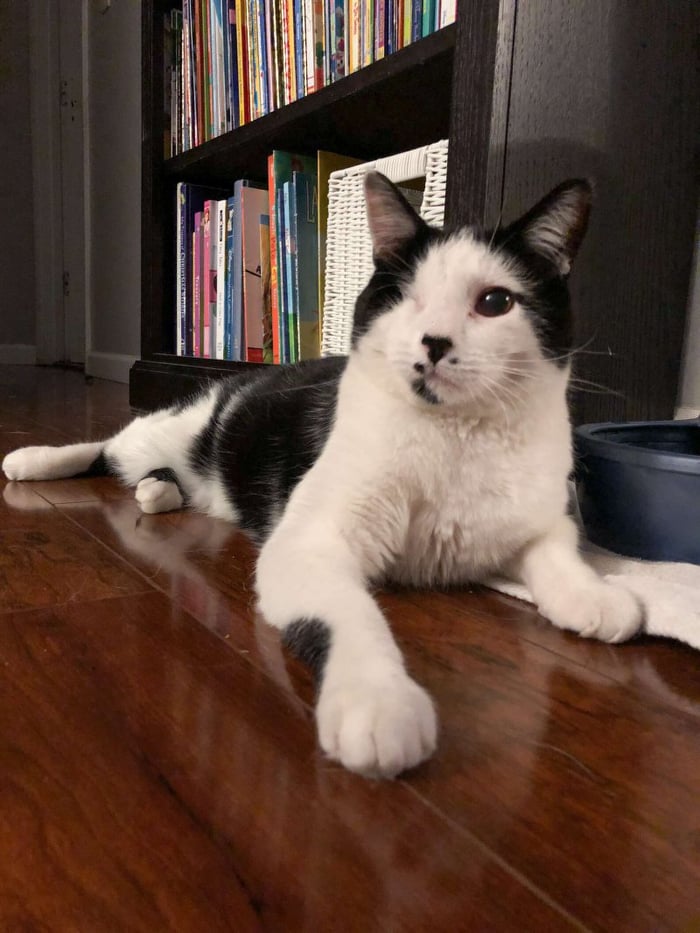 But recently, Ace’s owner saw the cutest scene on her outdoor surveillance camera. One neighbor’s boy rode up to the cat on a bicycle and began to stroke it. It turned out that the boy had come like this not for the first time, and did it almost every day. Between him and Ace there was a real friendship! 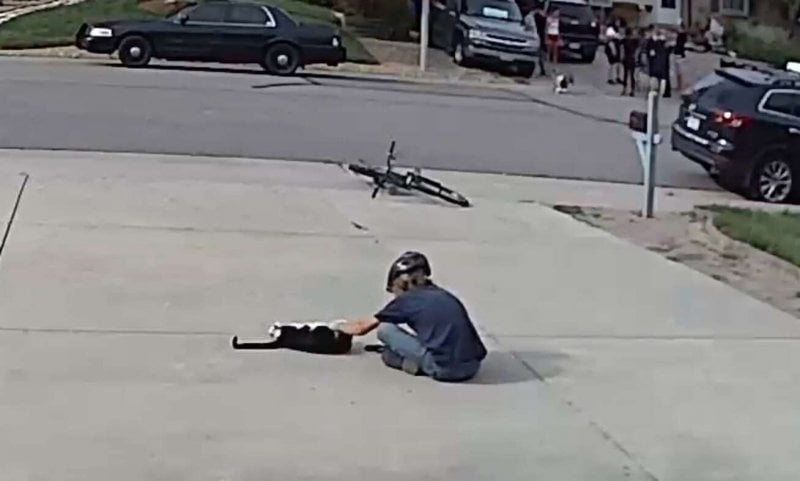 “This cutest scene touched my heart. It’s incredible to see how Ace loves this boy, and how close they are to each other. As soon as Ace sees that the boy is approaching, he immediately runs to meet him. It’s so nice to watch them”, says the owner of Ace. 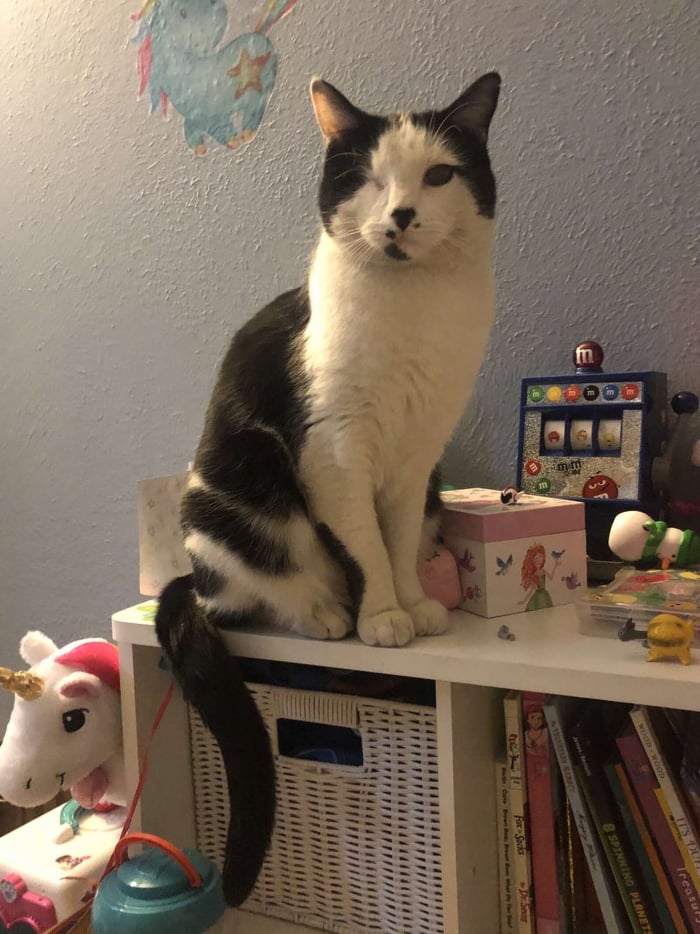 The owner of the cat has already met the boy, and since then the friends see each other almost every day. That’s how Ace, who is not recognized by the neighbors, has a best friend who loves him with all his heart.