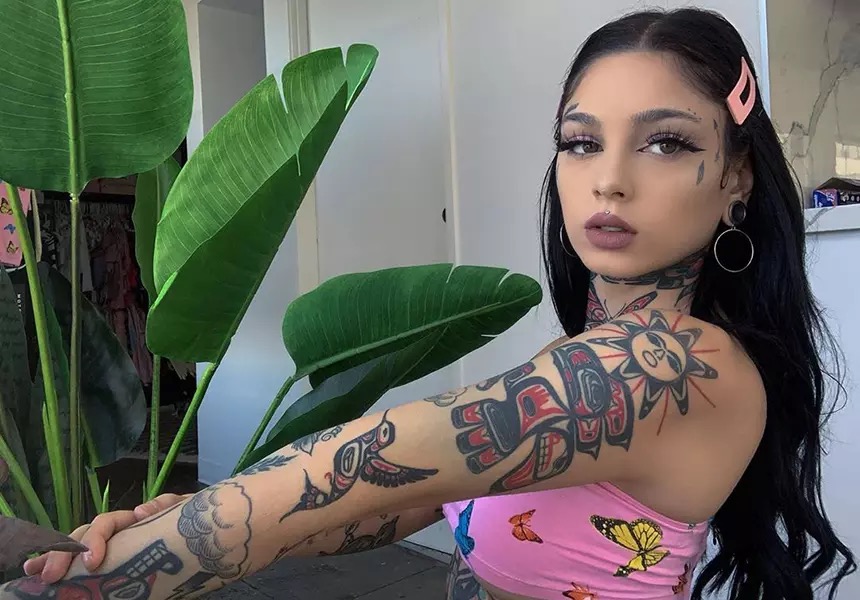 These girls decided that tattoos could change not only their body but their whole life. And so it happened. Now they are tattoo models with an unusual appearance, which some admire, while others criticize her. 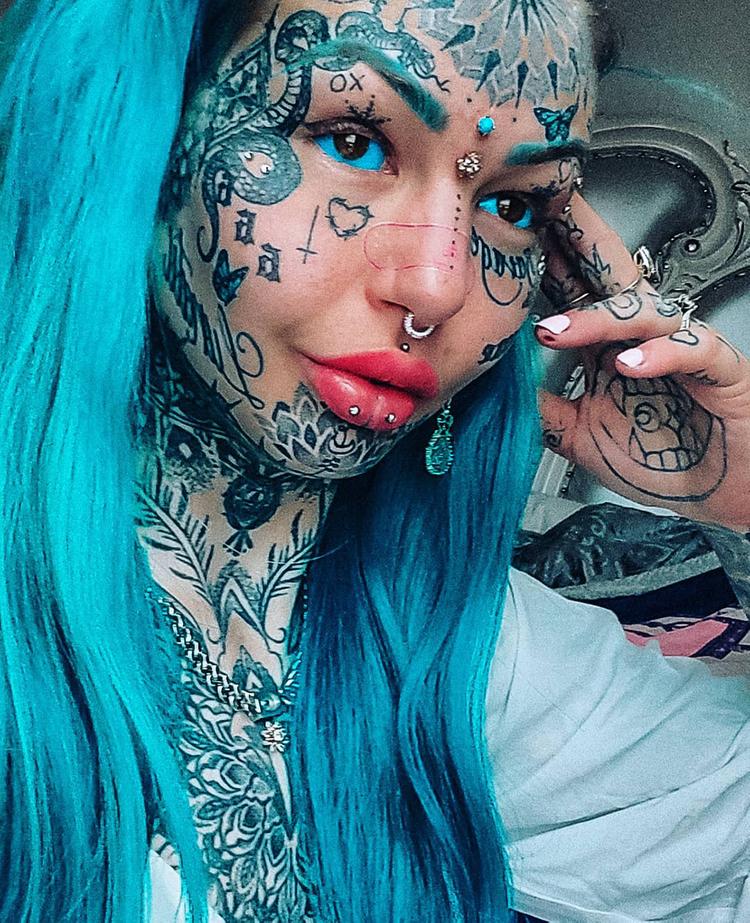 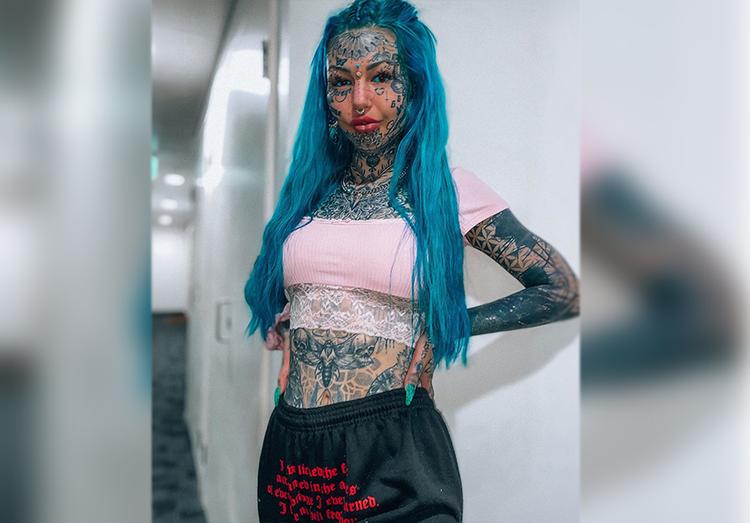 “White dragon with blue eyes” – this is how the Australian popular on the Web calls herself – told the British online portal Daily Mail that she has already applied about 600 tattoos to her body, which cover her body from head to toe. Only the tattoos themselves took her about 50 thousand dollars (more than 3.5 million rubles), and another 70 thousand (more than 5 million rubles) were spent on other body modifications, including a Brazilian butt lift, split tongue, tunnels in the ears, breast augmentation, pointed ear implants, filler injections in the lips and cheeks. 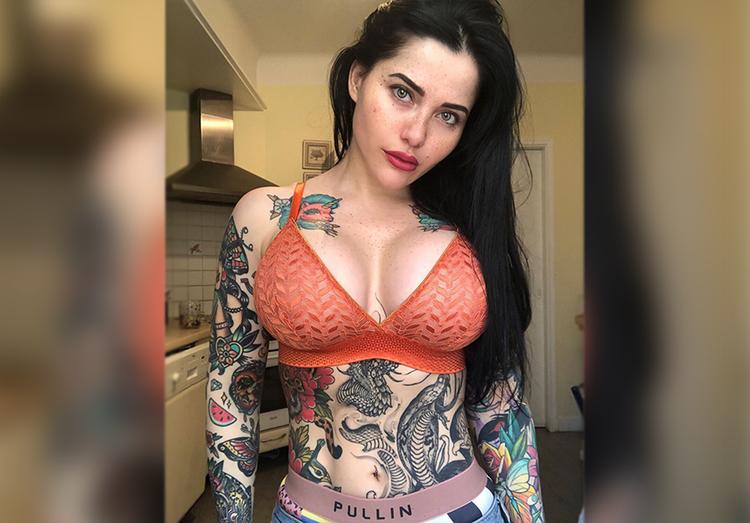 Frenchwoman Aurora Pariente, thanks to her permanent body art, has become a real star of social networks. She lives in the south of France, in Avignon, where she works as a model and professional makeup artist. She had an obsession to cover her body with tattoos four years ago. And for this, according to beauty, there is a reasonable reason. On Instagram, in response to a follower’s question, Aurora explained that while most people enjoy being compared to beautiful actors or actresses, it frankly annoys her. At the same time, everyone around her constantly reports that she is strikingly similar to the American actress Megan Fox, who became famous thanks to the Transformers blockbuster series. 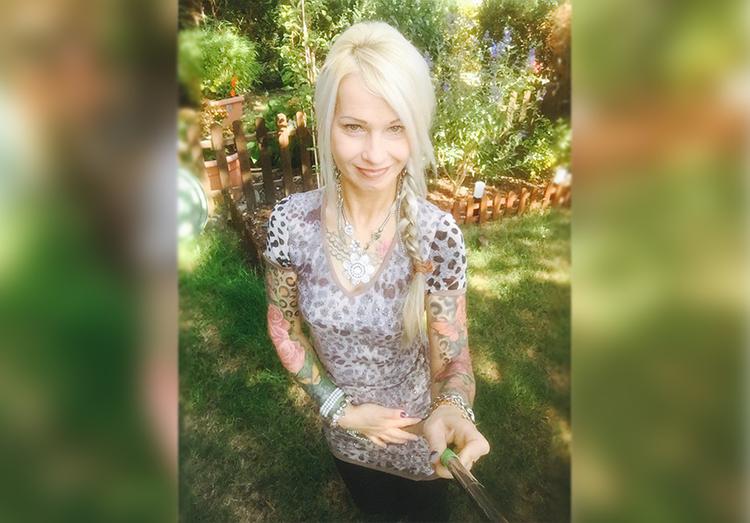 German Kerstin Ehe spent 30 thousand euros to “paint” the body with fancy patterns. According to the British online portal Daily Star, a woman working as a taxi driver loved tattoos all her life, but she got her first one only at the age of 50. Then she did not even suspect that she would spend the next five years turning her body into a living work of art. However, Kerstin really liked the result, and she set herself the goal of proving to everyone that people of mature age with permanent body art can look beautiful. For these purposes, she started Instagram, in which she quickly gained almost 100 thousand fans. 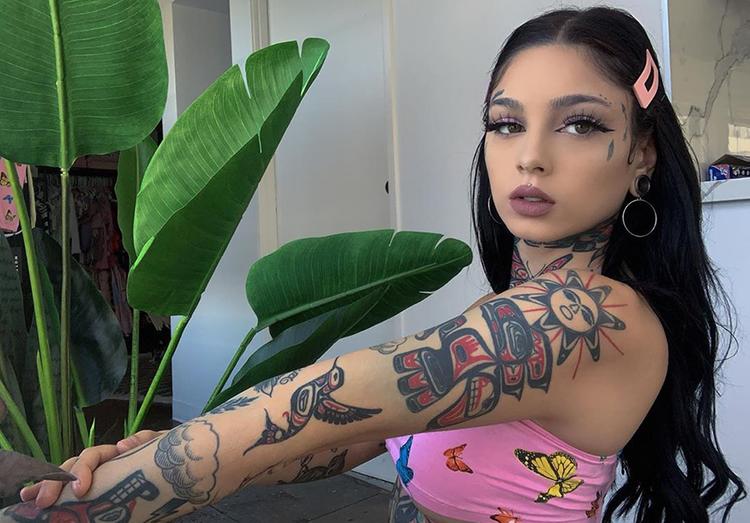 Thanks to her unusual appearance and permanent body art, Taylor White has become a star on the Web – only her profile on the social network Instagram has more than 650 thousand subscribers. Taylor has repeatedly said how important her tattoos are to her because they remind her of the path that she went through and help her focus on her goals, she also has drawings that pay tribute to her roots – the girl’s ancestors are indigenous Indians. 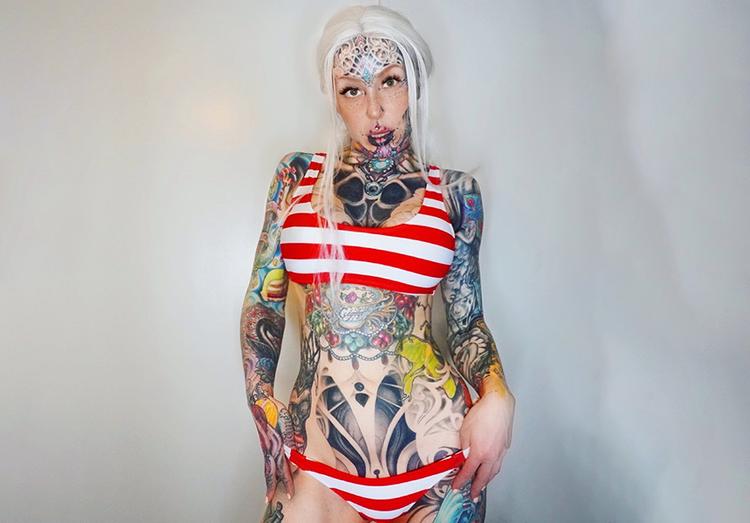 Tattoo model. Lina L. spent 3.6 million rubles to look like an urban cyborg. A resident of Germany from adolescence dreamed of modifying her body to emphasize her individuality. For this, she left a prestigious job in the United States and became a full-time tattoo model. In addition, she decided on a number of manipulations, thanks to which she changed dramatically and began to stand out from the crowd. Most of her body is filled with permanent body art and various body modifications, which only enhances her resemblance to the cyborg image that she aspired to. 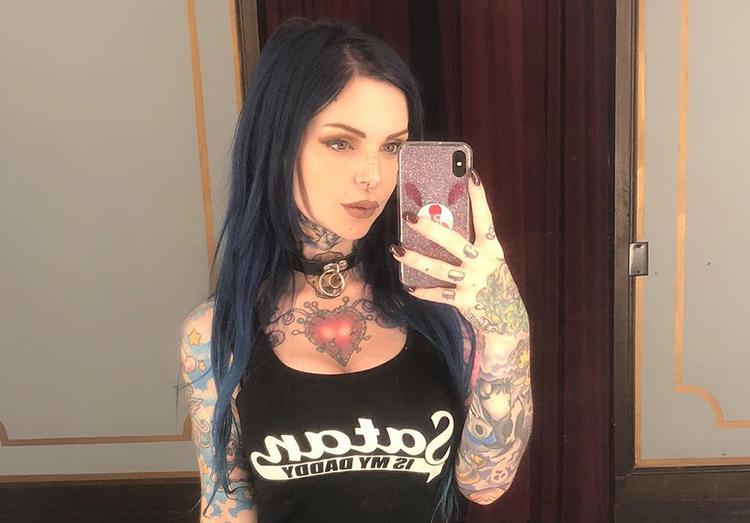 Riae has become a legend in the tattoo community. She has over three and a half million followers on Instagram. The girl is not shy to show herself in all her glory in a very bold bikini. And really, did she decorate her body with tattoos in vain ?! 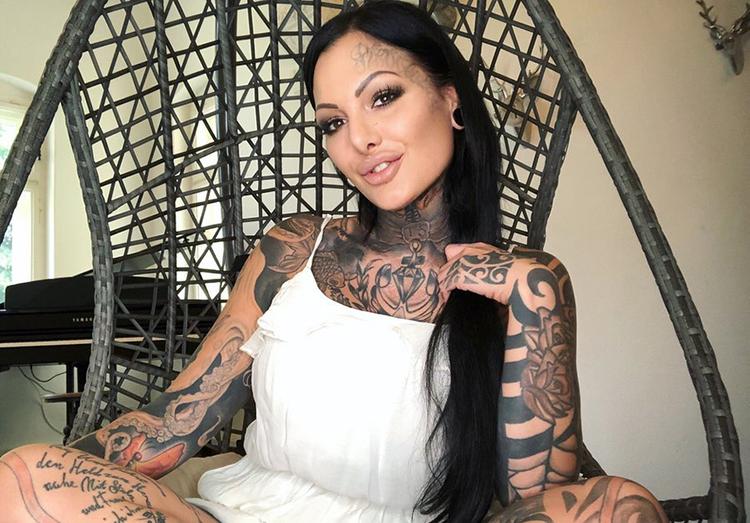 German model Mara Inkperial is also not shy about posting candid shots on Instagram, in which she boldly demonstrates her spectacular body covered with tattoos. Almost 700 thousand subscribers daily write compliments to her. 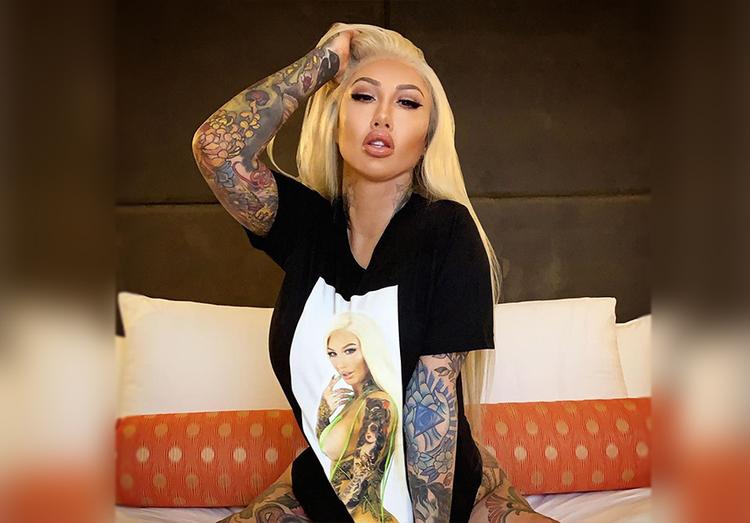 Kelly Shea is another Instagram star who is winning over new fans by showing off the tattoos that cover her body. 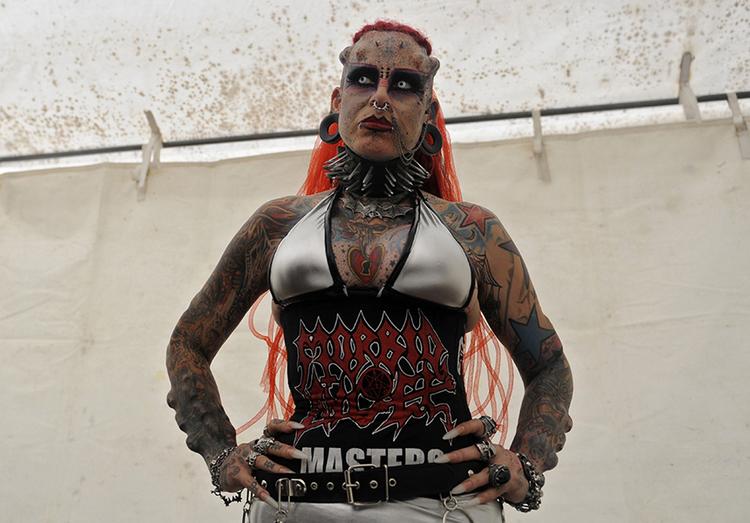 The mother of four children and happy wife Jose Cristerna lives in Mexico, she is a lawyer by training. She used to be an assistant referee, but now she has her own tattoo parlor and incredible popularity on the Web. Unfortunately, Maria has a very sad story. She began to change outwardly even in her first marriage with her husband, who beat her. Changing the body became for her a kind of psychological protection. 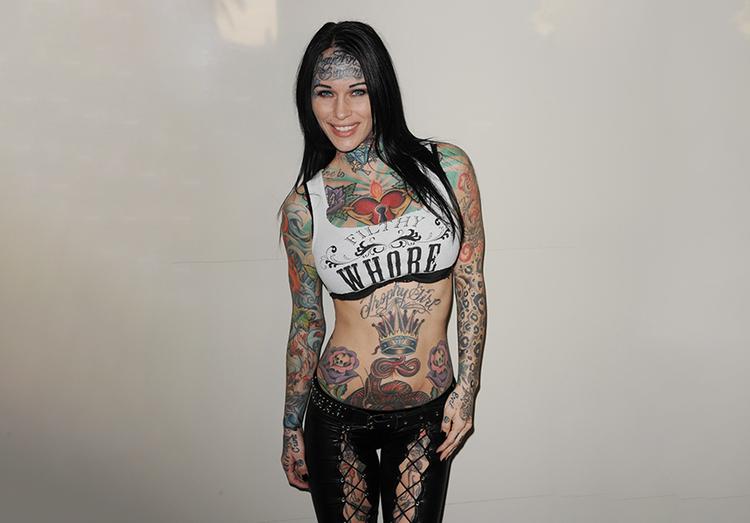 Michelle McGee is one of the most famous tattoo models. She participates in women’s fisticuffs and starred in adult films. Including Michelle became famous due to the fact that she stole her husband, TV presenter, and motorcycle manufacturer Jesse James from the Oscar-winning actress Sandra Bullock. 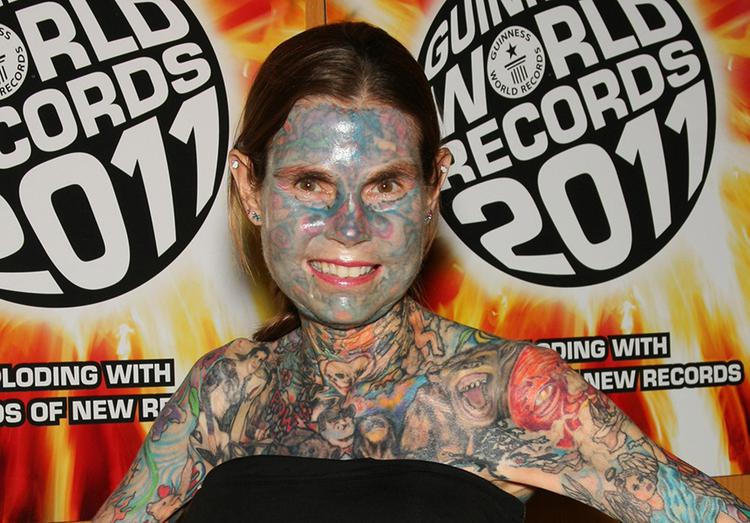 Julia Gnas was diagnosed with a disease called porphyria, one of the manifestations of which is increased sensitivity to the sun. As a result, blisters and burns began to appear on the girl’s skin, leaving scars. Julia decided to cover her body with tattoos, now almost all of her skin is covered with drawings. 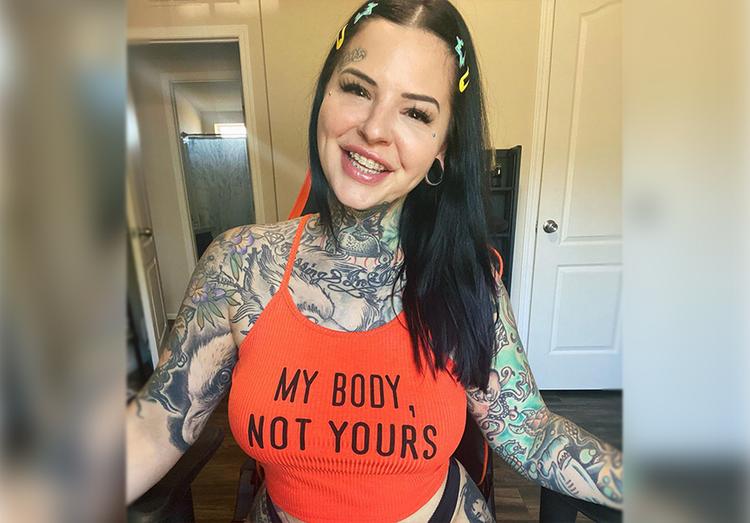 Photographer and tattoo model Heidi Lavon admits that she hates the process of tattooing, but she can’t help it. The girl specializes in fan tattoos dedicated to popular films. On her body, there are drawings inspired by films about Chucky, as well as the films “Clerks” and “Friday the 13th”. 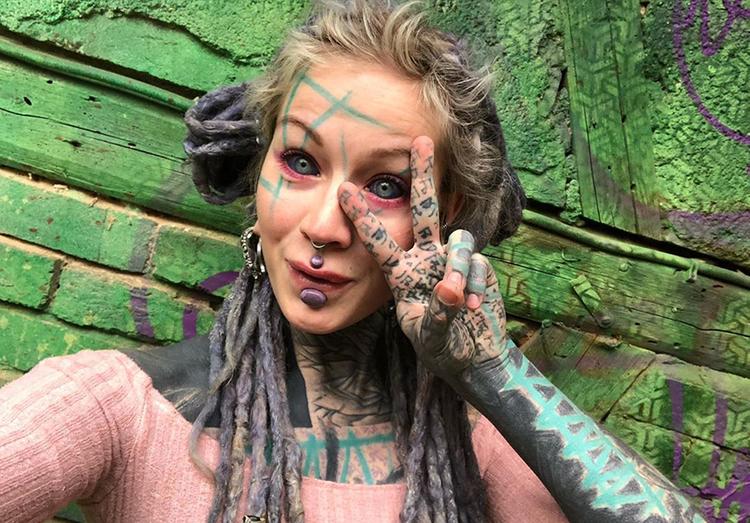 A resident of Germany was simply tired of being an ordinary young mother and decided to change herself beyond recognition. She covered her body with tattoos and piercings, became like an alien, and is now popular on the Web under the nickname Anuskatzzz. 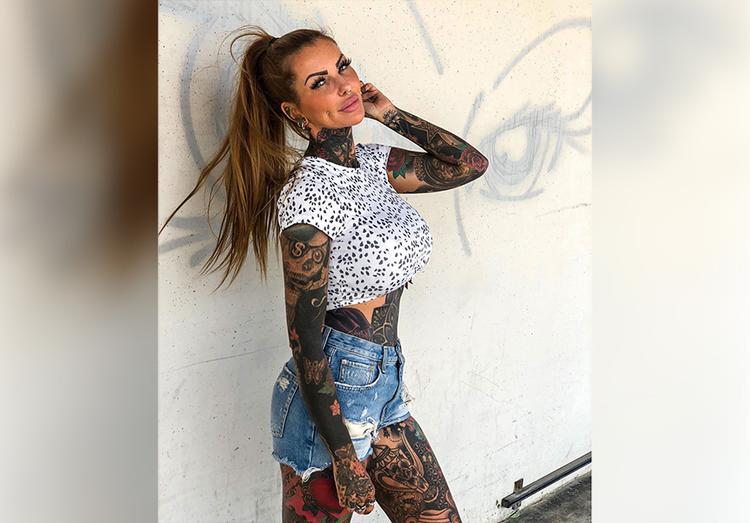 Nicole Stefan got her first tattoo at the age of 14 when she was inspired by the lead singer of the pop group Backstreet Boys, AJ McLean. After getting one tattoo, she realized that she did not want to stop. Now the skin of the German model is almost completely covered with drawings. 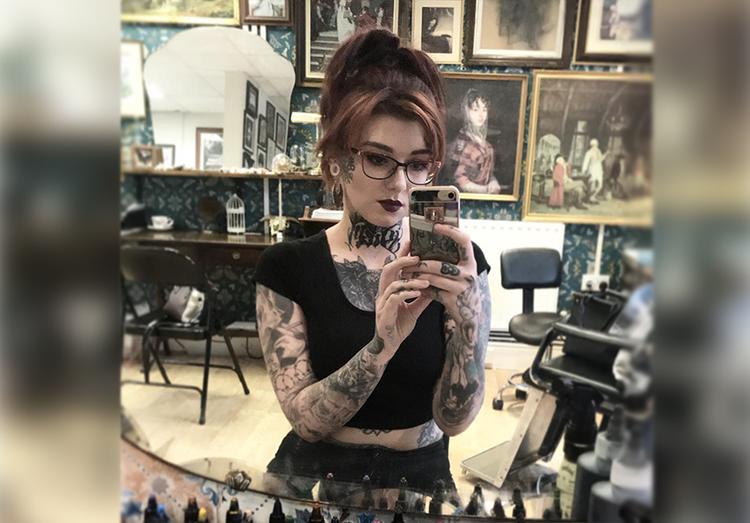 Kylie Peach wanted to become a successful tattoo artist so badly that on her first day at the salon, she tattooed herself over her right eye with the words “cursed.” To have no way back. By the age of 26, she has become a girl whose body is covered with drawings. 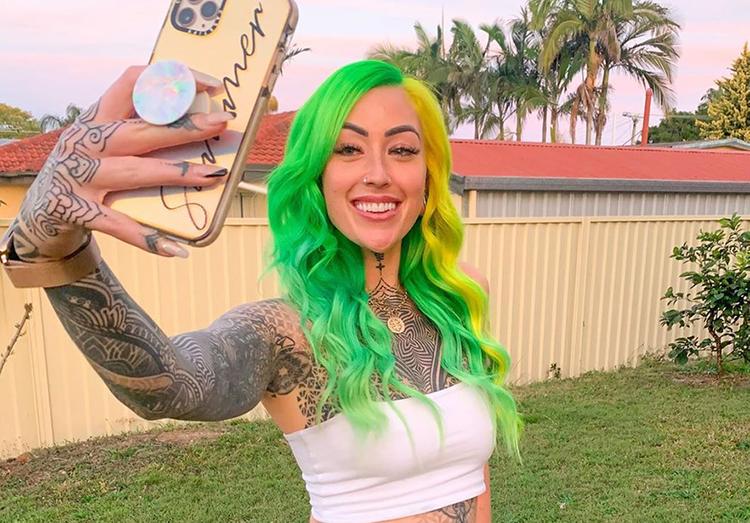 Australian model Summer McEnery spent nearly 130 hours in tattoo parlors and spent more than $15,000 to change her body, which she said she wanted to transform into something unique.