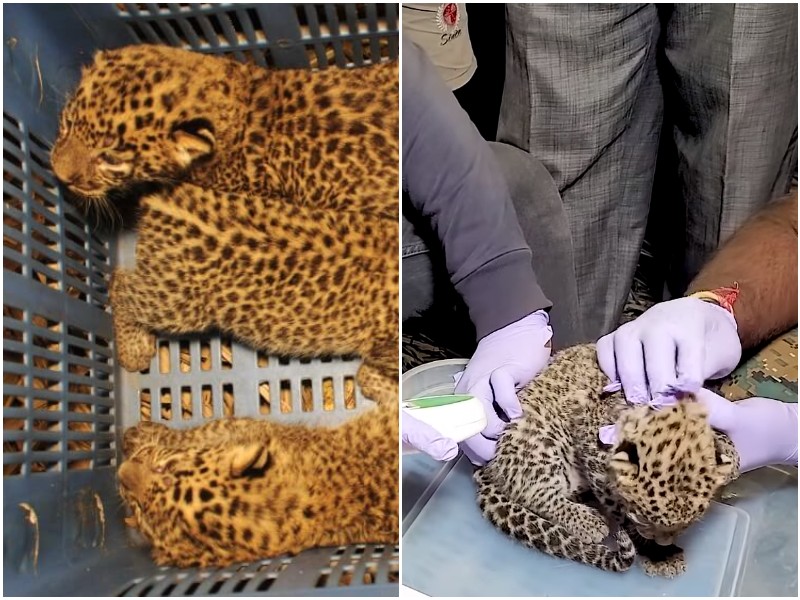 Farmers from a village in Maharashtra, India, accidentally discovered three leopard cubs in a sugar cane field. The tiny poor things squeaked and looked for their mother – it was dangerous for them to be in the field.

Due to the proximity of some settlements to habitats of wild animals, in the state of Maharashtra, India, clashes between people and nature often occur. But sometimes people really help animals. This happened recently when farmers found three tiny leopard cubs in a sugarcane field. 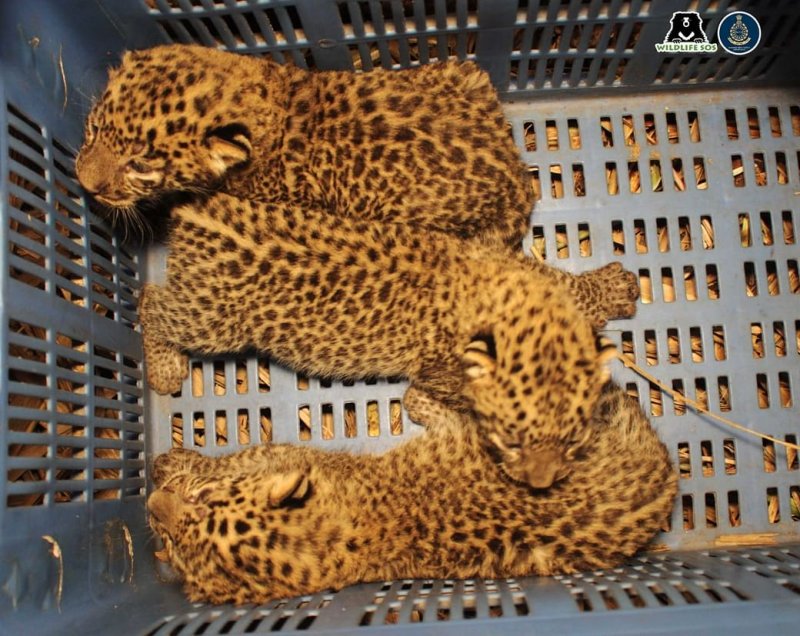 It was extremely dangerous for the cubs, and the babies clearly lost their mother. The farmers immediately contacted the Wildlife SOS animal rescue center. Employees who arrived determined that the cubs were about 45 days old. They were healthy and without any damage, but they needed to be reunited with their mother. 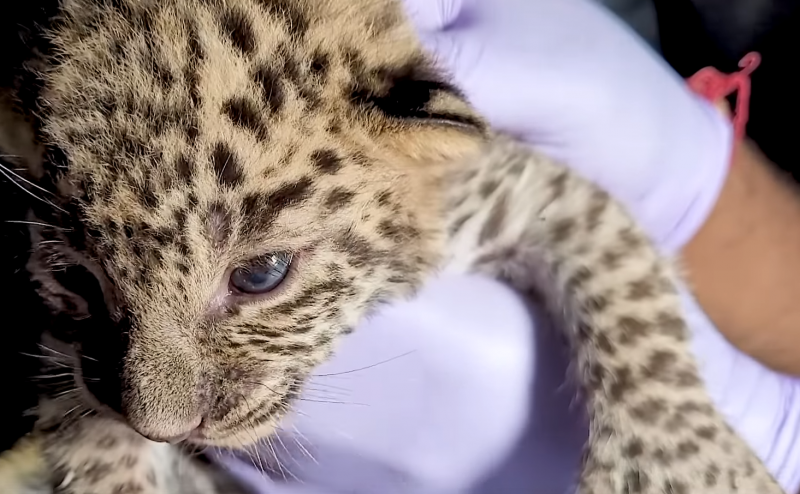 The babies were given special medications for dehydration – it was not known how long they had spent without their mother. After that, it was time to reunite with mom. The cubs were placed in a small transparent box, and left in approximately the same place, with a night camera placed nearby. 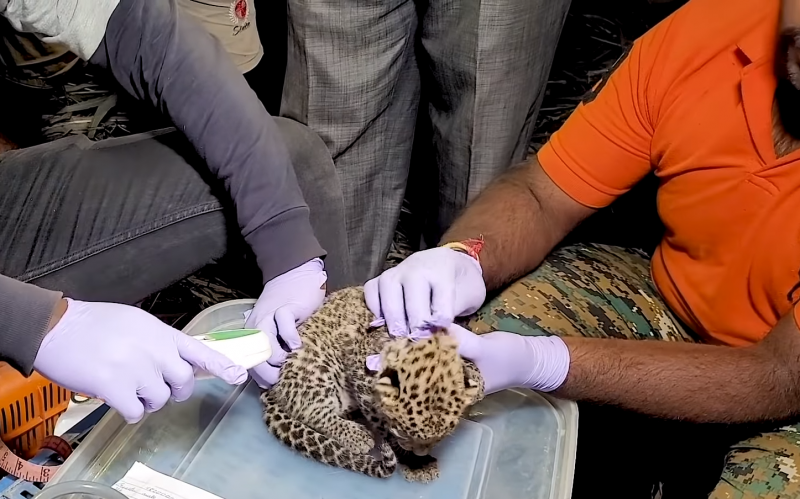 The female leopard came after some time, smelling the cubs. She immediately realized that they were her babies, and one by one she carried them to a safe place. Thanks to the caring farmers and employees! 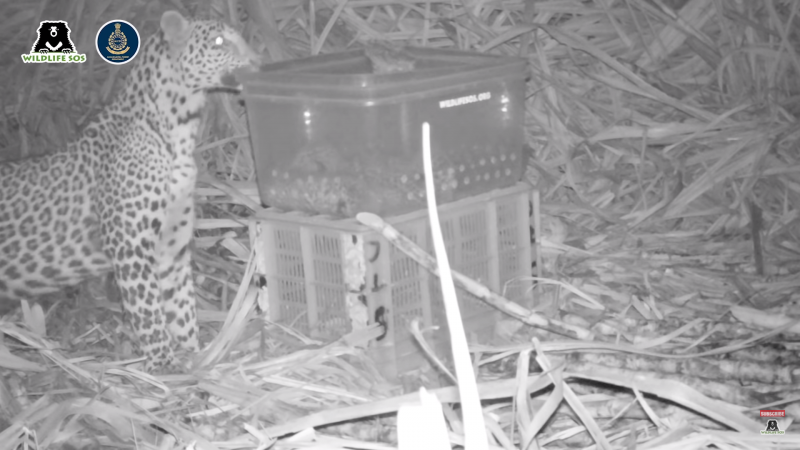 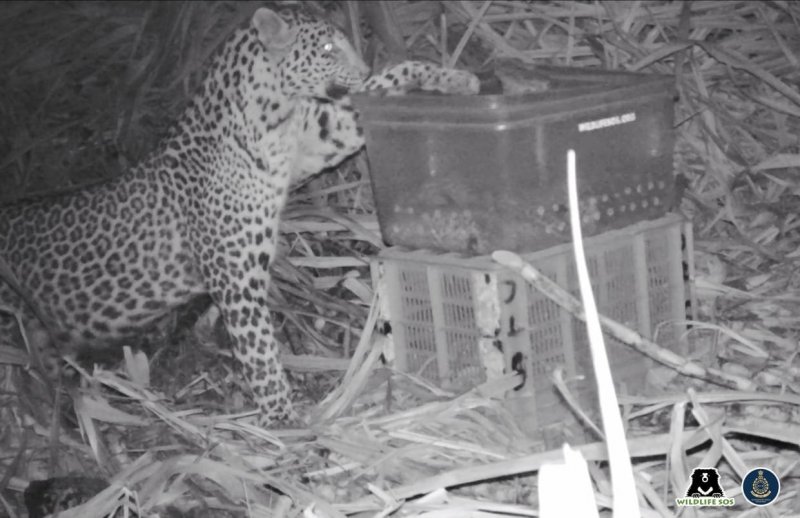