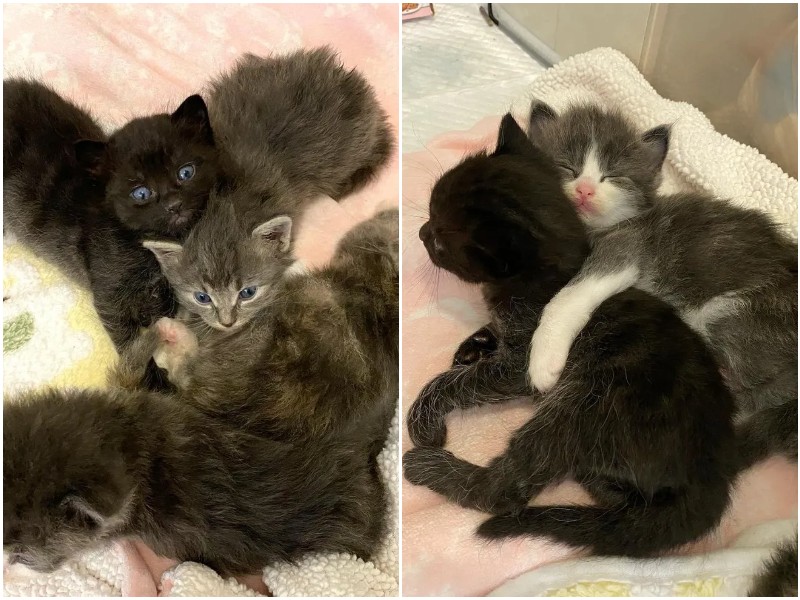 These four hungry and thin babies were found on the street without a mother cat. No matter how much people waited for her return, she never came.

Four little kittens were found on the street of Arlington, USA. The poor things were squealing all over the street, and their mother cat was not around. When people noticed them, they decided to wait for some time until the cat arrived, but she never returned to the kids. 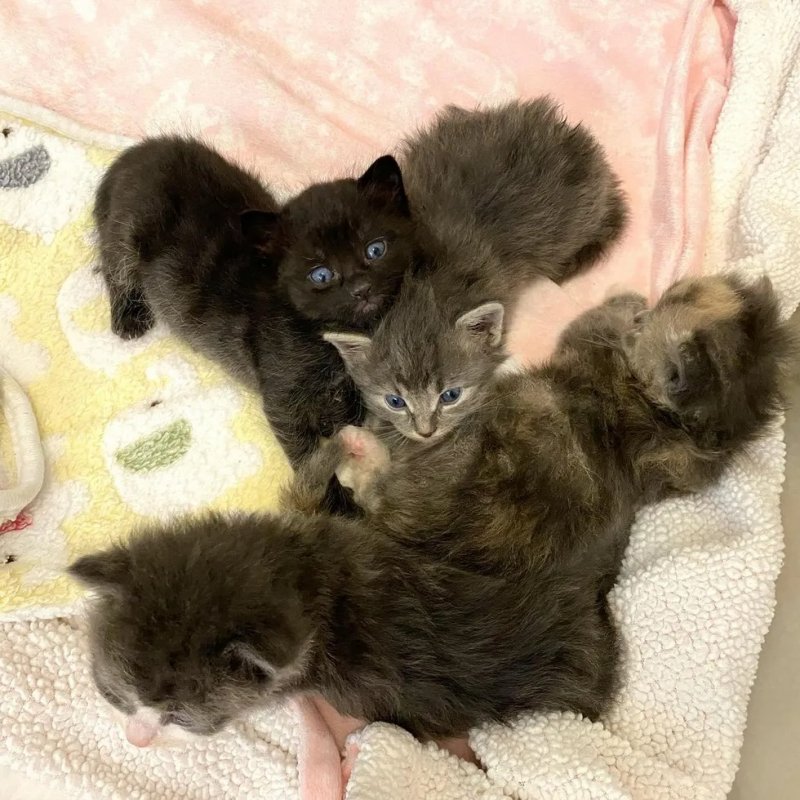 Then people decided to help and took the kittens to the nearest shelter – Animal Welfare League. They were welcomed there. The babies turned out to be about three weeks old, they were skinny, weak, and shy. 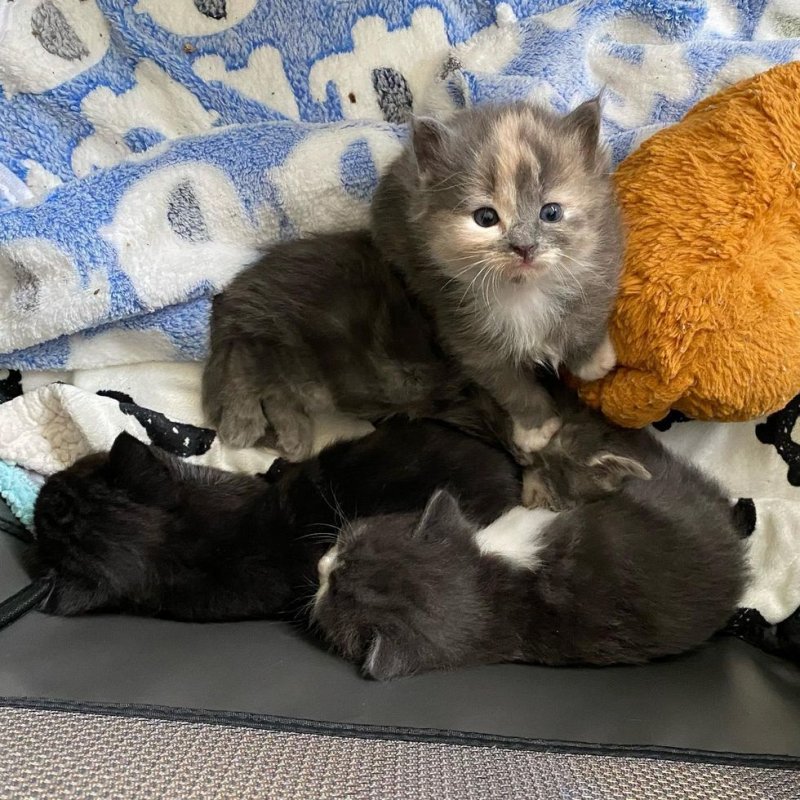 All this time, the kittens stayed close to each other, supporting each other on a difficult path. The first few nights were not easy – the guardian often woke up to feed the kittens. They were still afraid of the new environment and were weak. 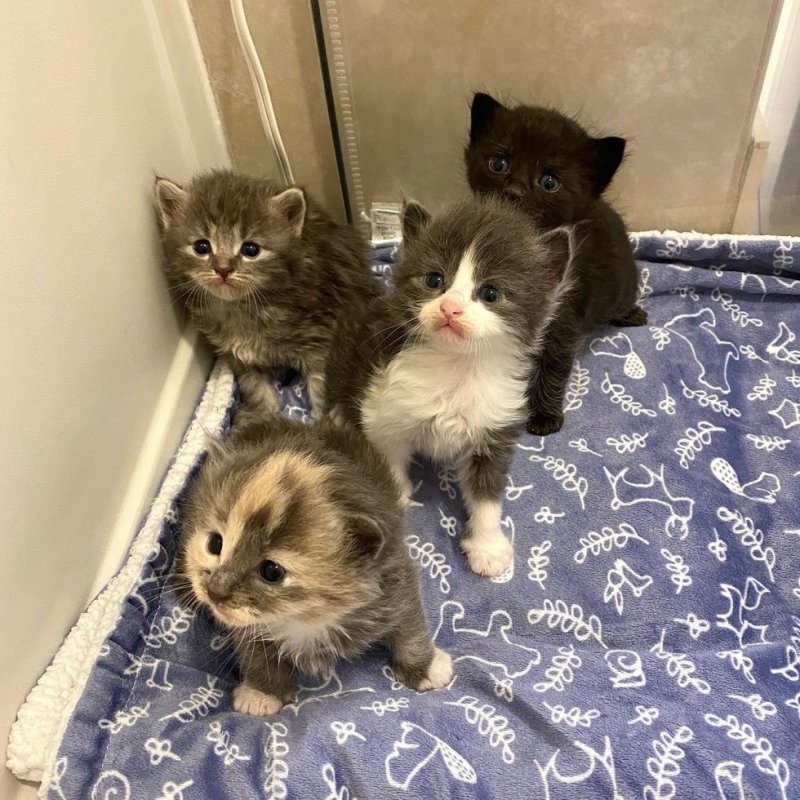 It wasn’t until a few days later that they got used to drinking from a bottle and began to gain weight. Each of them (three sisters and one brother) had a special character and unique features. The guardian fell in love with these crumbs! 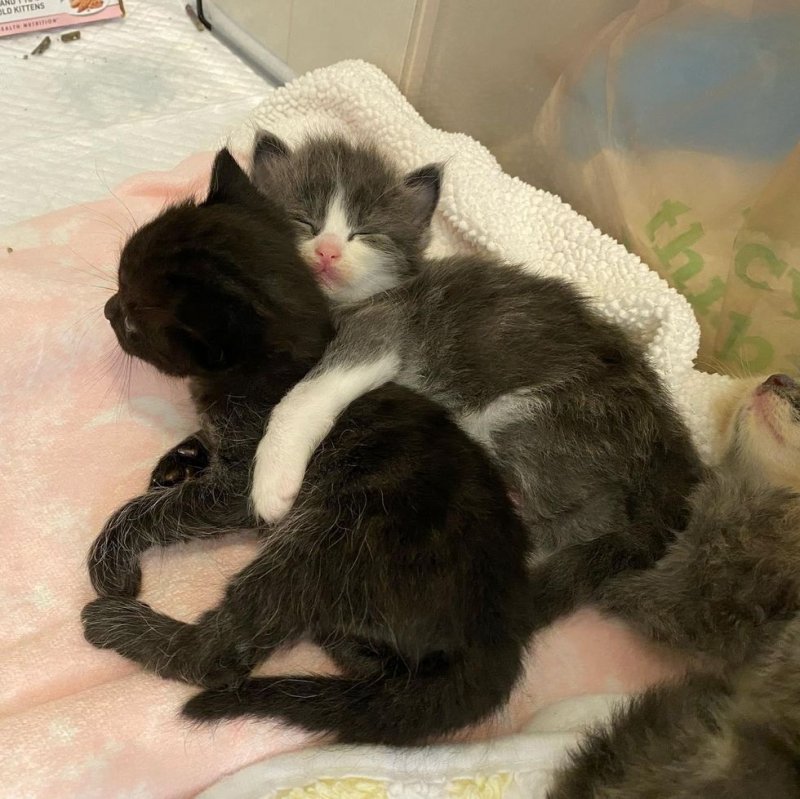 When they learned to walk, they began to explore every corner of the house – all the same, without departing from each other. They were very grateful to the guardian named Penny and did not hide their love. The kittens loved to lie on her lap and purr loudly. 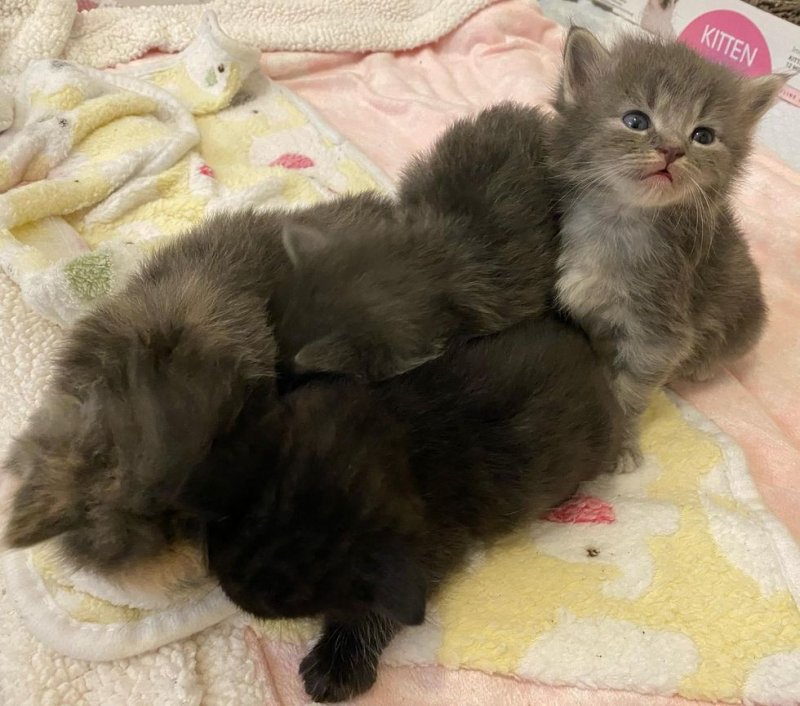 Now the kittens have grown up and are ready for permanent owners. The guardian is already looking for the best homes for these beauties, where they will love them with all their hearts! 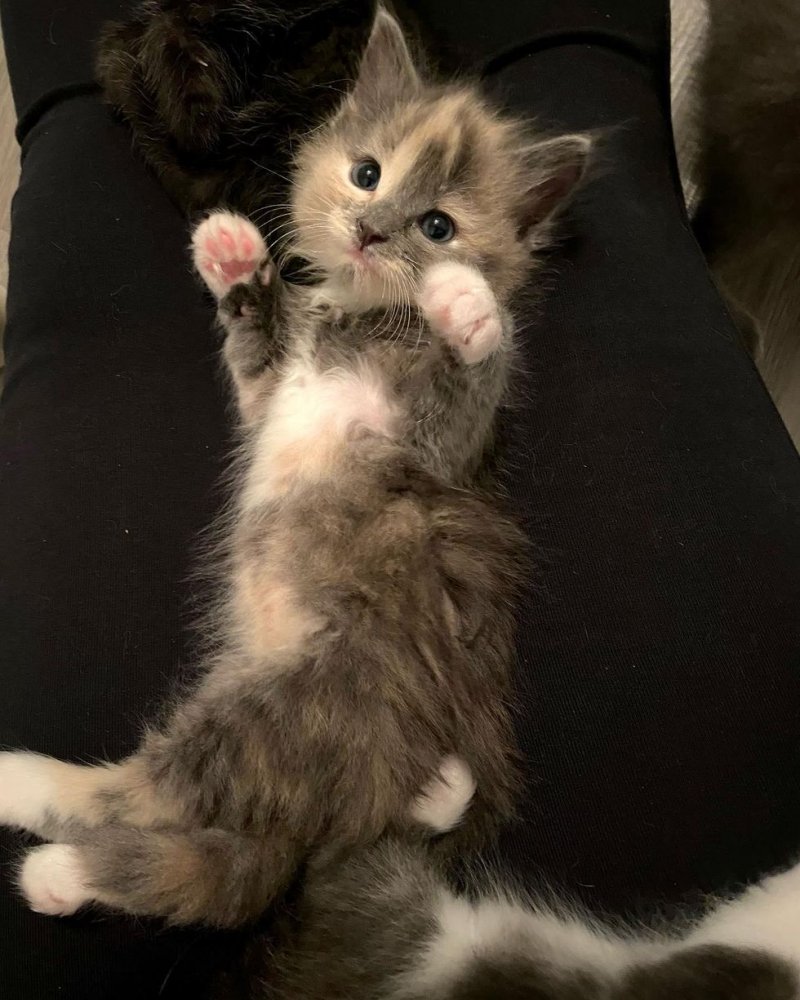 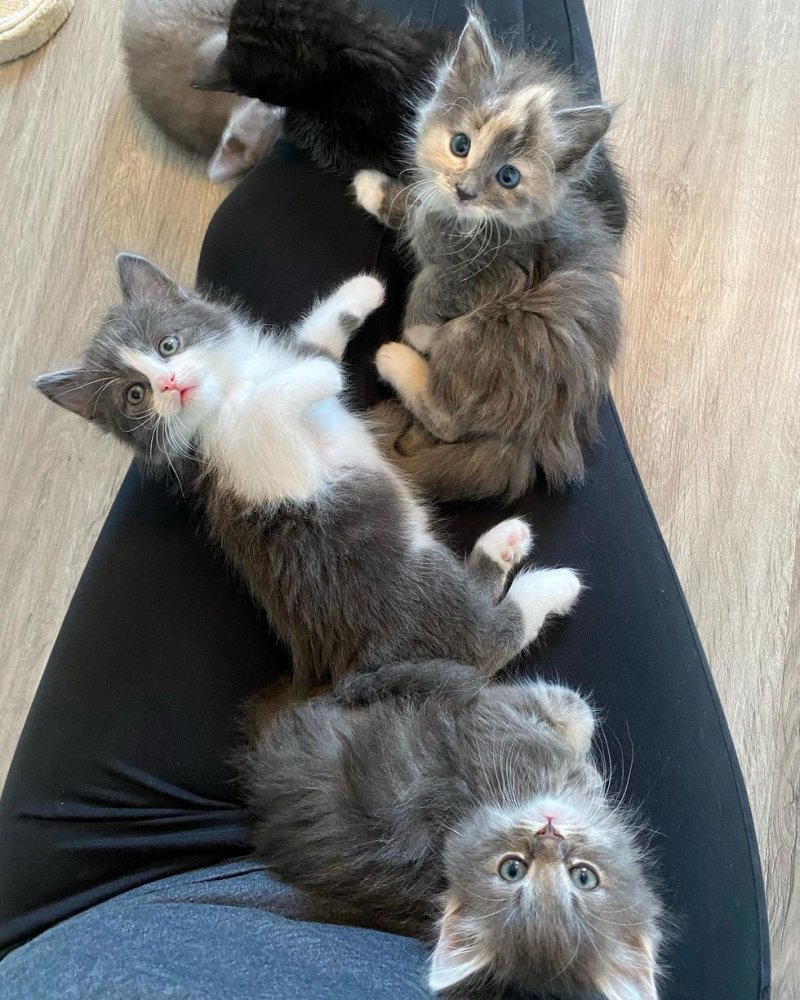 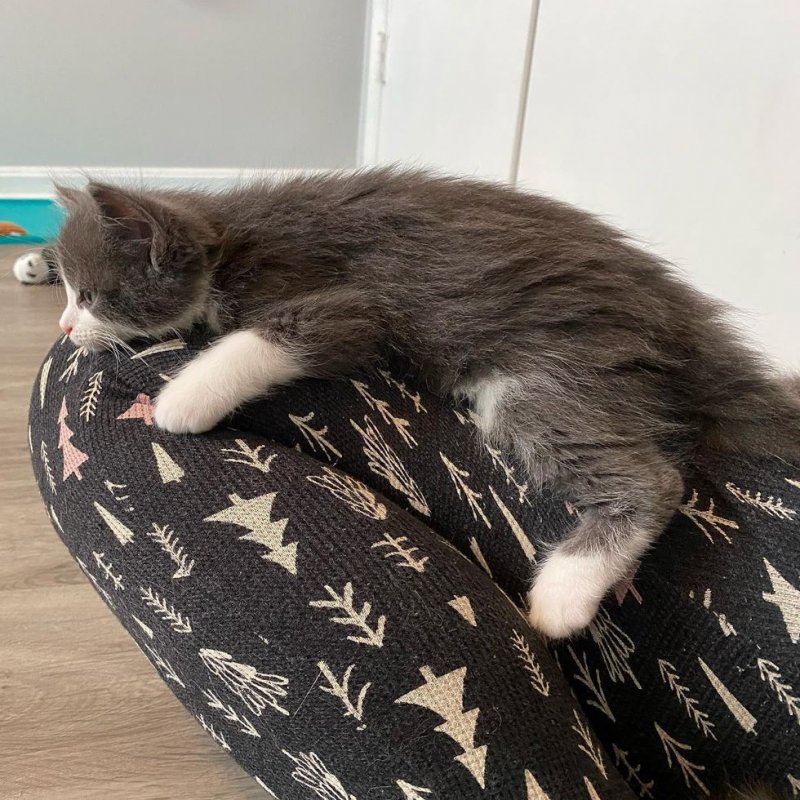 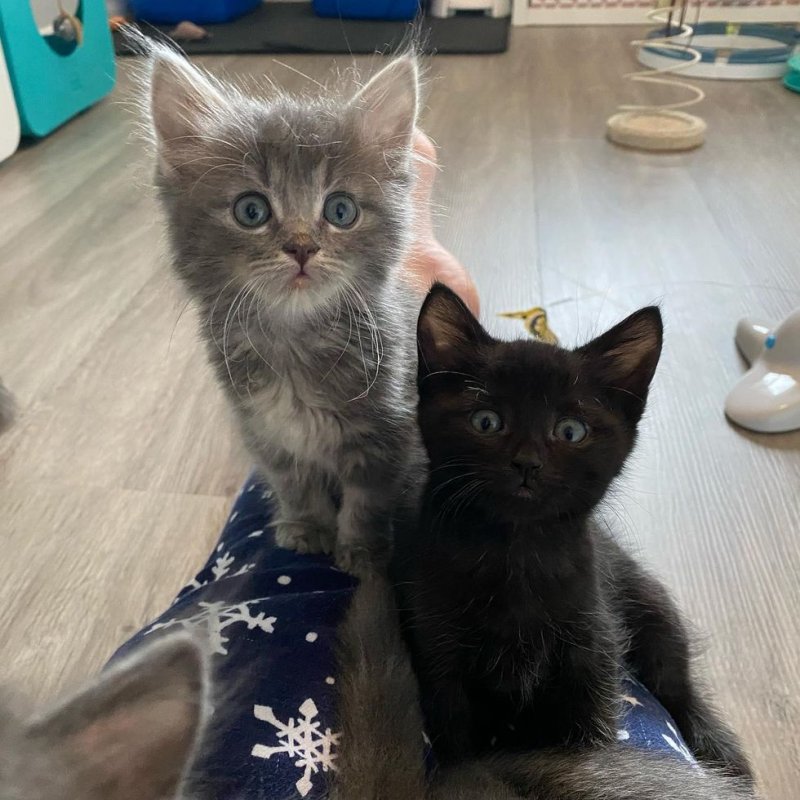 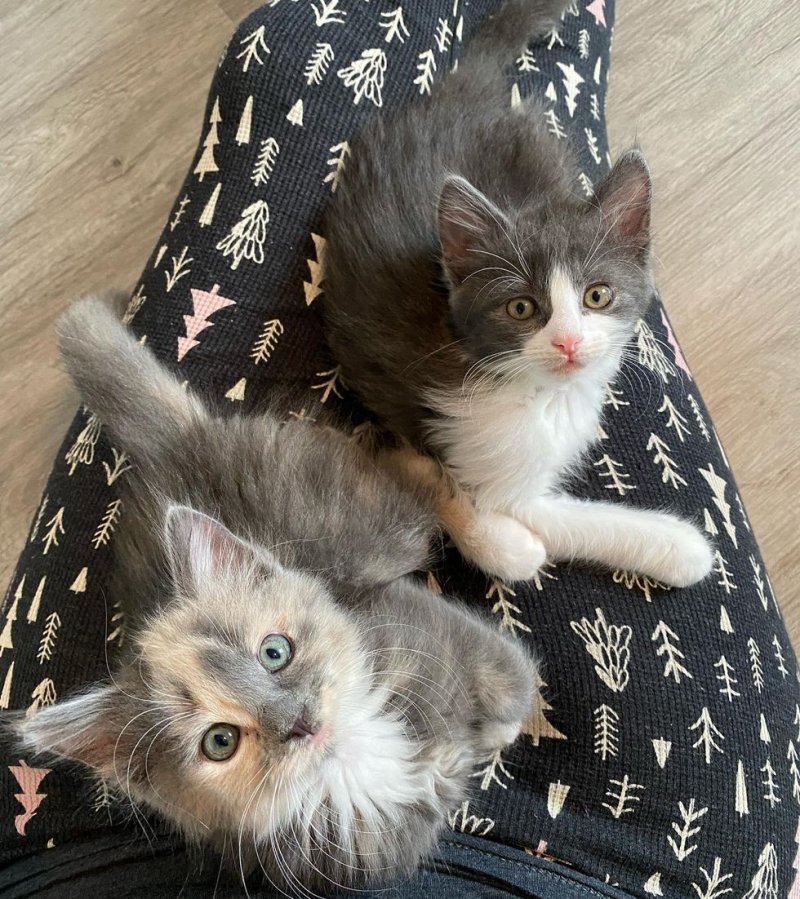 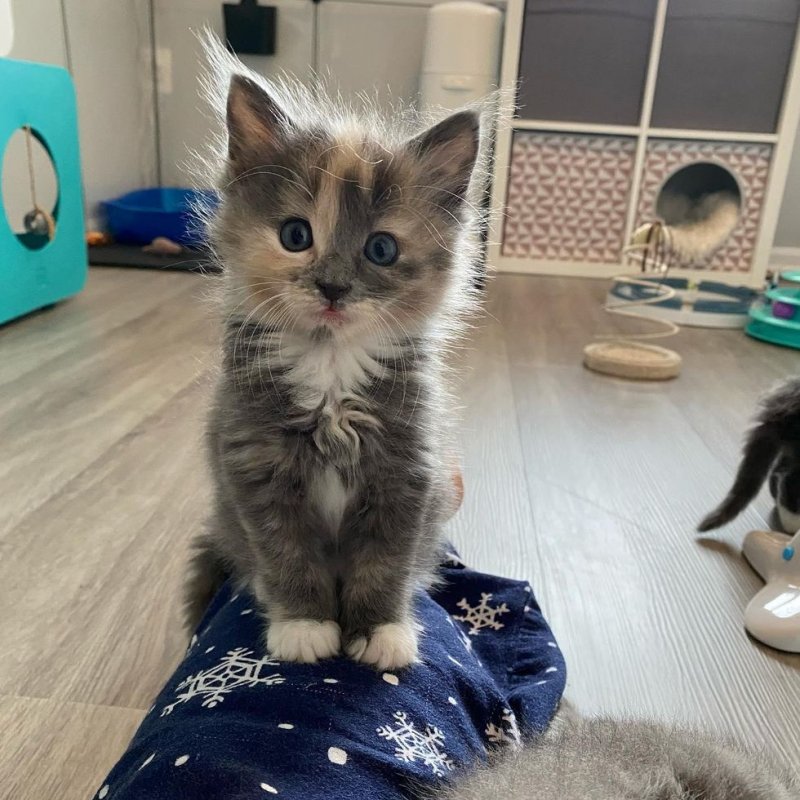