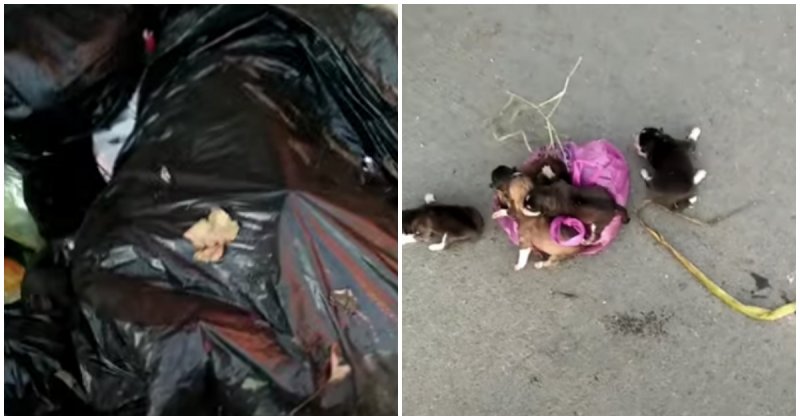 In the Tyumen region, garbage truck workers heard a squeak when they were about to turn on the press. They had to dig through the trash to find the source of the sound.

It turned out that puppies were wrapped in bags in a pile of waste. They haven’t even opened their eyes yet. The neighbor’s dog heard a squeak – it began to bark, it turned out that the unfortunate owners decided to get rid of their offspring.

What words can describe such actions of people?

Svetlana Petrenko, a representative of a waste disposal company: “Our employees face different situations, but morally it’s hard. I ask people to realize that such actions are unacceptable.”