The premiere of the picture of the French director Claude Lelouch “The Best Years of Life”, despite the pouring rain, was visited by many celebrities, among whom was the incomparable actress and model Monica Bellucci. 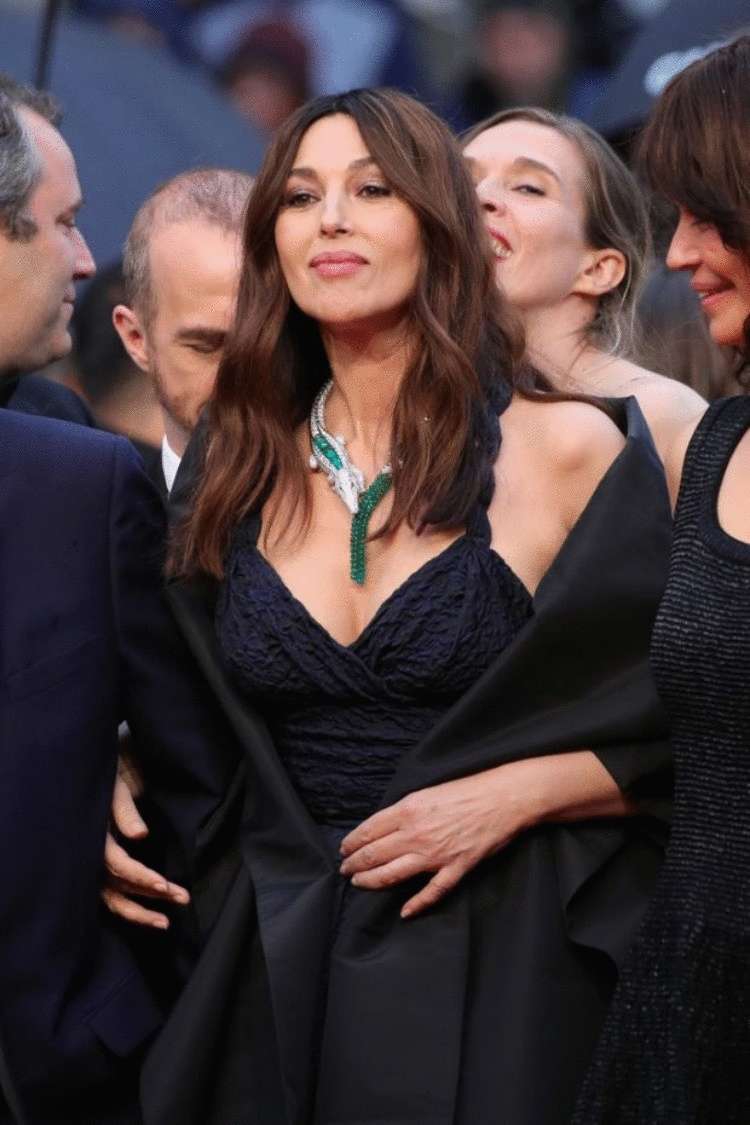 Monica chose for this evening a puffy dark blue dress with a deep neckline from Dior. She complemented her magnificent image with an unusual white gold necklace in the shape of a crocodile studded with diamonds and emeralds. 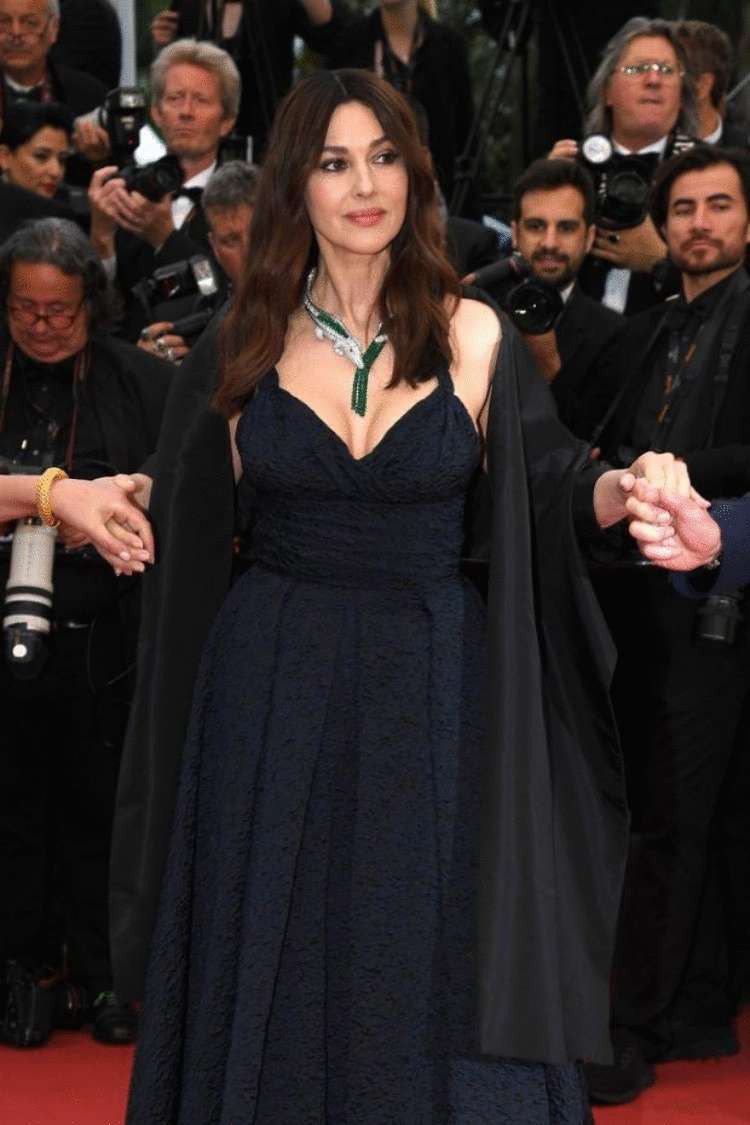 The jeweler made this jewelry, especially for the Cannes Film Festival and it favorably emphasized the beauty of Monica Bellucci.

It would not be an exaggeration to say that the attention of most reporters was riveted on Monica’s cleavage. 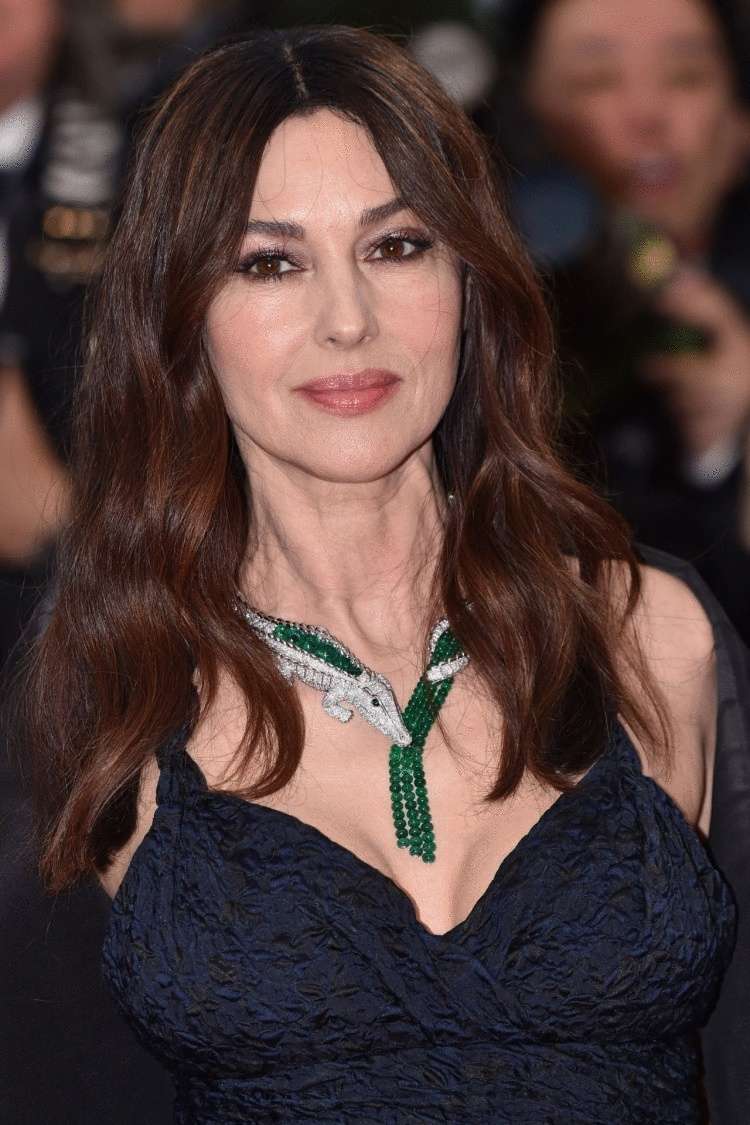 It is worth noting that the film “The Best Years of Life” is a continuation of the cult film “Man and Woman”, which won the Palme d’Or half a century ago.

The new film by Claude Lelouch will be screened out of the competition. The main roles were played by Jean-Louis Trintignant and Anouk Aime, and one of the roles was played by the charming Monica Bellucci. 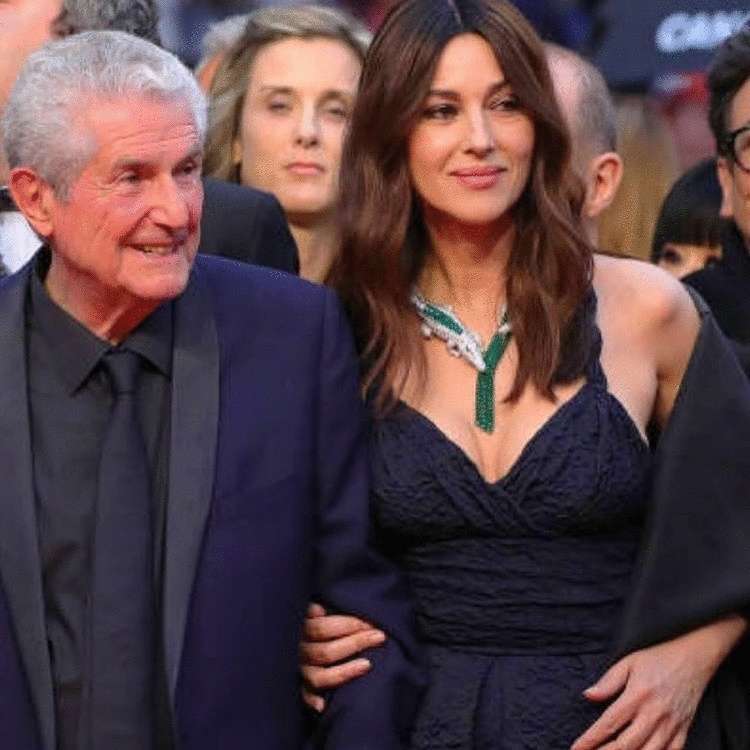