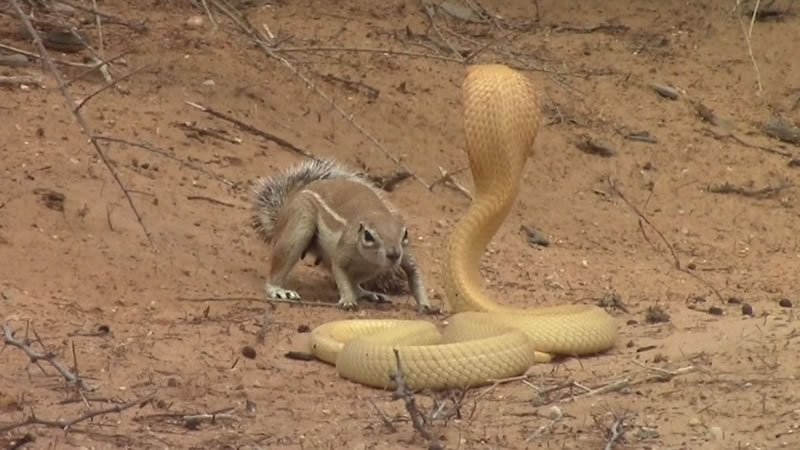 Kruger National Park safari guide Dave Pusi captured on video the confrontation between a brave rodent and one of Africa’s deadliest snakes.

A 41-year-old man witnessed a squirrel using its fluffy tail to distract a venomous reptile. Such maneuvers allowed the animal to successfully evade attacks. 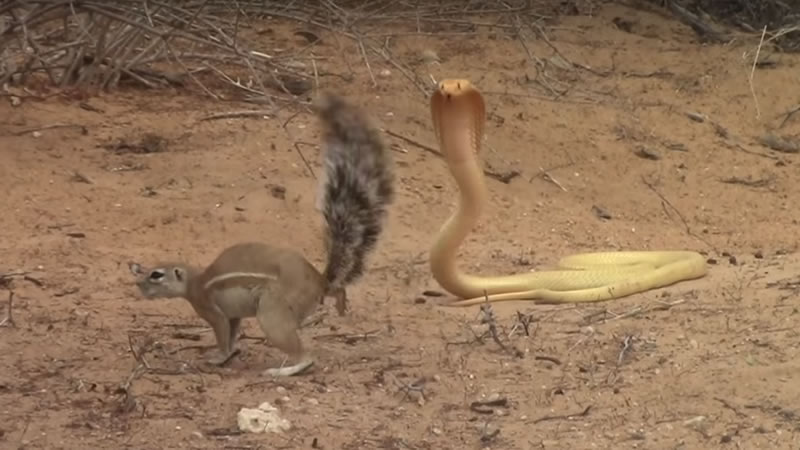 The battle went on for about half an hour. As a result, the snake, tired of fruitless hunting, hid in the bushes. The author of the video noted that there was a squirrel nest nearby: a brave mother protected her offspring. 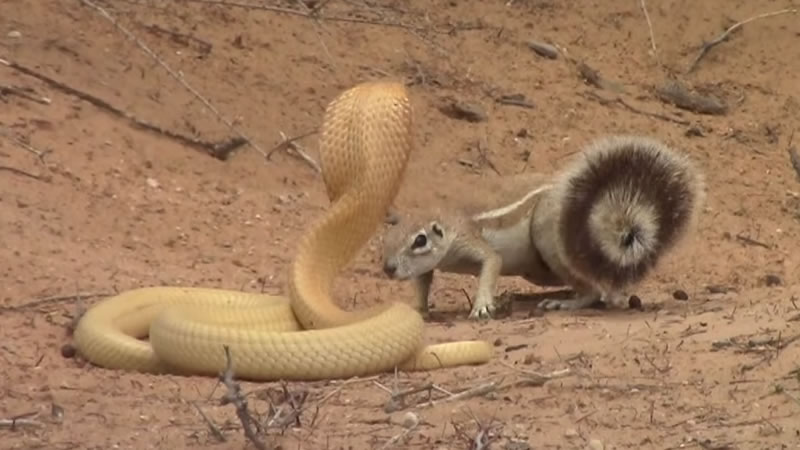 The poison of the Cape cobra is thought to be the most poisonous among members of this genus. It has an exceedingly high fatality rate.