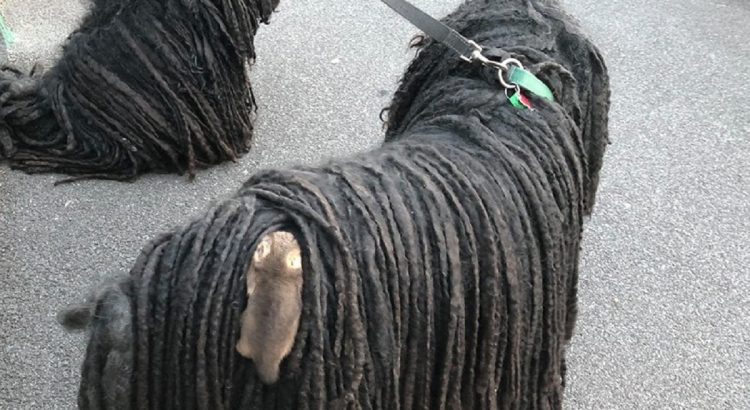 When the couple Sally and John Watkinson from Melbourne (Australia) came home after a walk with the dogs, they could not believe their eyes – a tiny possum was sitting on the shaggy coat of one of the dogs!

The kid turned out to be defenseless and decided to trust the dog of the bullet breed, catching his paws on his “dreadlocks”. Kato, the name of the pet, took the situation surprisingly calmly, despite the fact that in ordinary life, dogs and possums do not get along very well. 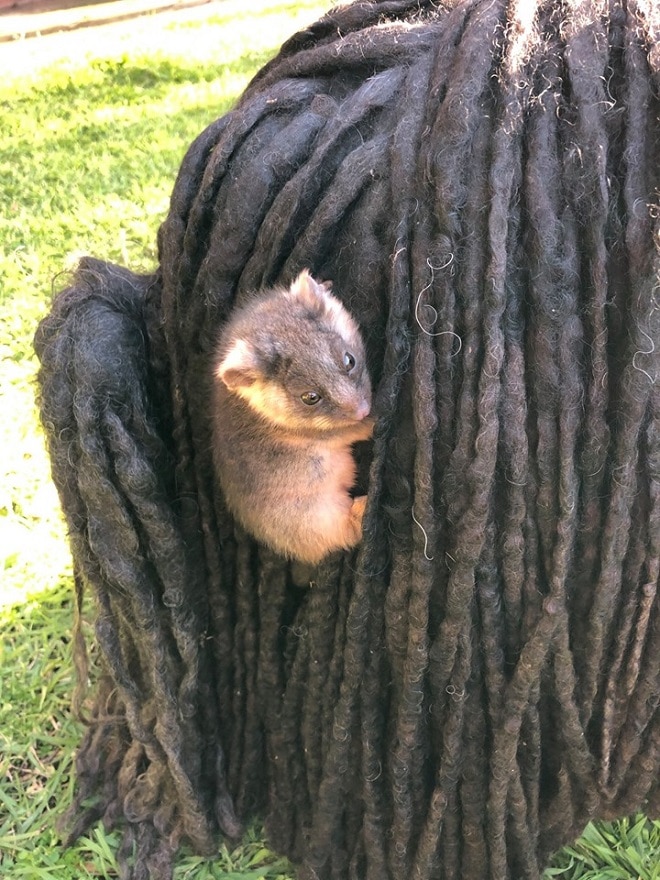 The owner was also struck by the fact that the second dog, named Hugo, also did not react to the baby hanging on Kato’s wool. He did not even bark, which is even more surprising, because usually, the dog shows displeasure towards possums.

Realizing that the baby needed help, the couple went to the veterinary clinic, where the doctor carefully examined the foundling. It turned out that this is a female, and she is almost ready for independent life. She was left overnight in the clinic and informed that she could soon be released into the wild. True, for some time the baby will still need a specialist who will watch her, and even better – a mother since milk would not hurt the baby. 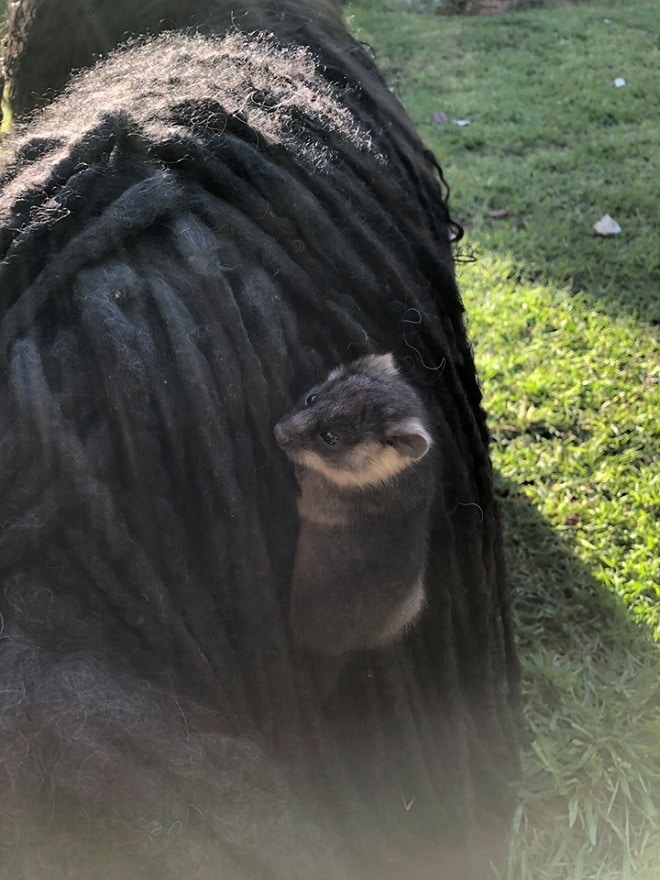 Having agreed with a specialist who deals with wild animals, Sally and John decided that they had fulfilled their duty, but the story did not end there!

Just a few days later, they again found the possum on Kato’s body! This time it was a male, as tiny as the previous possum. Surprisingly, the animals behaved calmly again! And this despite the fact that the baby was sitting right on the back of Kato, clutching his claws.

As in the first case, he was given to specialists who deal with wildlife, and the spouses do not cease to be surprised at the situation. The case of a possum climbing on a dog is a rarity in itself, and Kato turned out to be twice a “foster mother” for representatives of the wild.

Apparently, the kids understood with some inner instinct that this dog would not offend them, and therefore they trusted him. And it should be noted that Kato fully justified their trust and helped the kids in difficult times!