Little Hati – a big mongrel with a sad look – Fatima saw at the gas station.

The dog was lying next to the trash can and could not get up. All his paws were broken – some dashing driver tried, who, having knocked down a dog, did not even think to stop … People told Fatima that Hati had been lying here for 4 days. Four!

How he survived in such a state was completely incomprehensible. 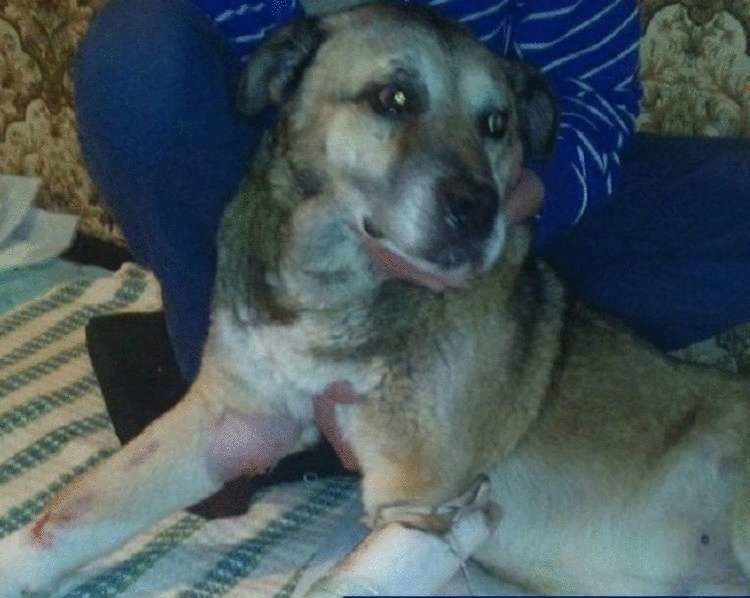 The kind girl herself raised the dog and took it to the clinic in her arms. The patient was prescribed treatment, but the doctors explained to Fatima that Hati needed hourly care, which not everyone can do. But that didn’t stop the girl!

“I quit my regular job, although I received good money by our standards there. Now I only do Hachiko, give him various injections, and take him to the vet every day. He is now a little better, he is gradually getting out! “- said the savior. 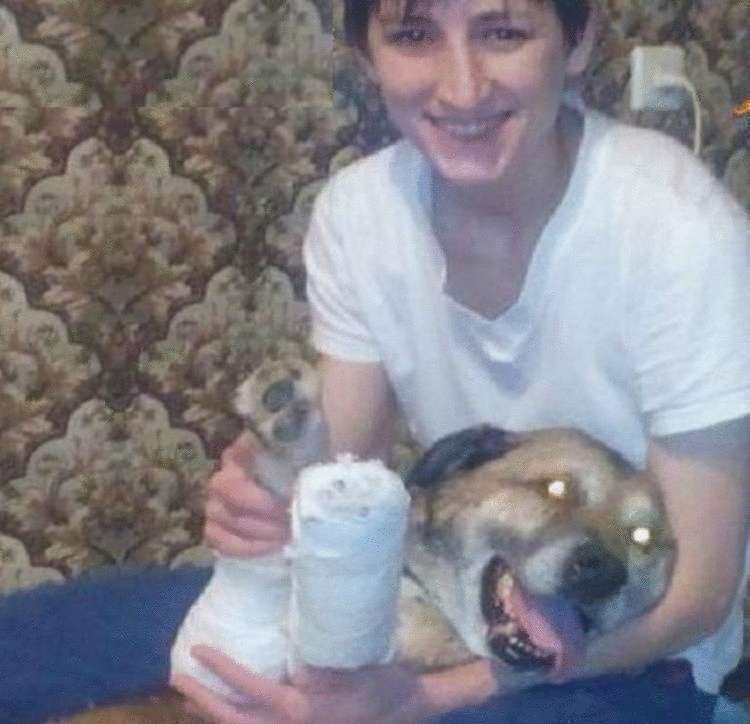 The girl is helped by her friend Madina, with whom they rent an apartment in half. She looks after the pet when Fatima needs to go away.

Hati turned out to be a very kind, grateful dog. He cannot walk until he is able to protect his home or follow commands, but he is able to love! When he looks at his mistress with eyes full of grateful tears, she does not need more … 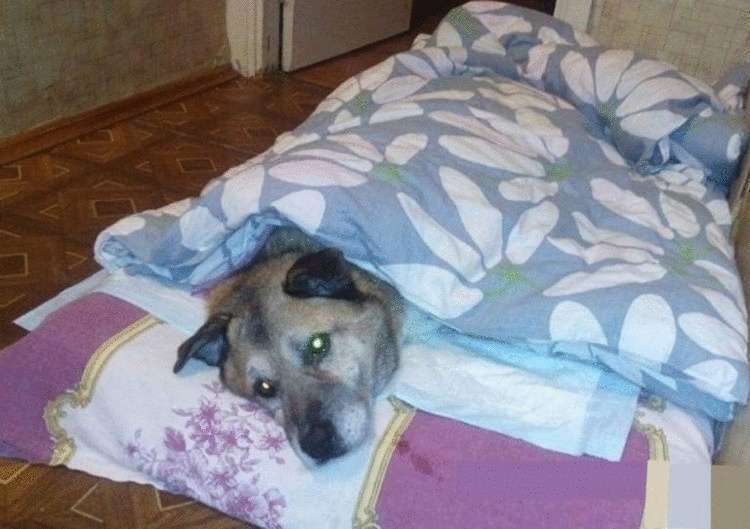 Hati survived, and he will soon be healthy – and this is the main thing!