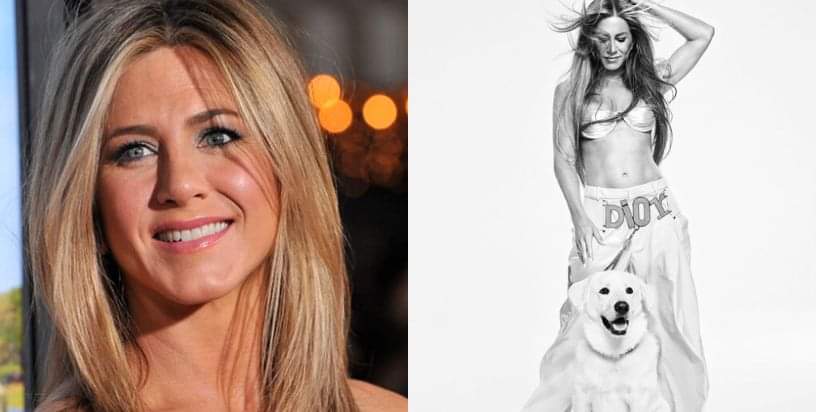 Jennifer Anniston is one of the most reclusive Hollywood celebrities, despite her enormous fame.

The actress prefers to keep the specifics of her private life private. The actress was married twice, to men who were also her coworkers: first to Brad Pitt from 2000 to 2005, and then to Justin Theroux from 2015 to 2017. However, she never had children, which is still one of Jennifer’s most painful memories.

The actress recently opened up about her hectic life in an interview with Allure. The woman acknowledged that she had often attempted, but unsuccessfully, to conceive: “I tried to become pregnant. Having a kid was a challenging route for me to go. I did everything—I tried IVF, and I drank special Chinese tea. These were trying times, and there were persistent rumors that I was or wasn’t pregnant. I did everything I could”. She had a certain sense of comfort once she made peace with her decision and accepted that she would not become a mother. This is evident from Anniston’s expression in the photographs from a magazine photo session. The celebrity was depicted on the cover wearing a black microbody and a pair of shorts. In several images, the actress even assumes a topless position while concealing her chest with her long, wavy hair.

“I feel more confident about who I am now than I ever did in my 20s, 30s, or around 40. We need to stop being mean to ourselves” says Jennifer Anniston in an interview.