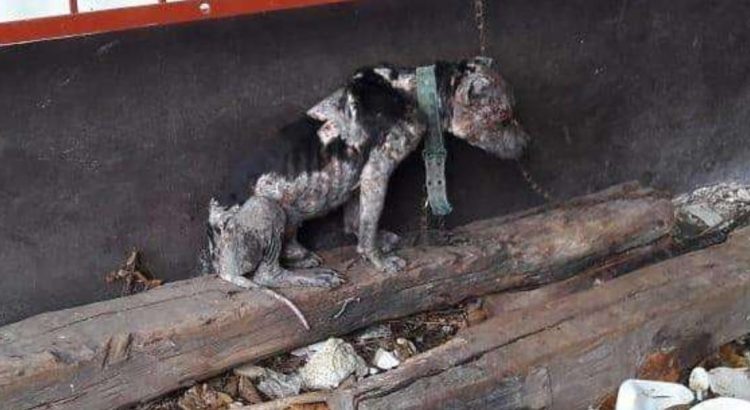 Nobody knows what happened to this dog…

A lady discovered a pet named Topopo on a chain in the yard of a Mexican home in October. The three-year-old pit bull had no food and water, and the chain on which the animal was sitting turned out to be so short that the poor dog could not even go to bed. Only occasionally did he lean his muzzle against the chain in order to rest a little.

Not only that, Topopo had ringworm and advanced scabies… 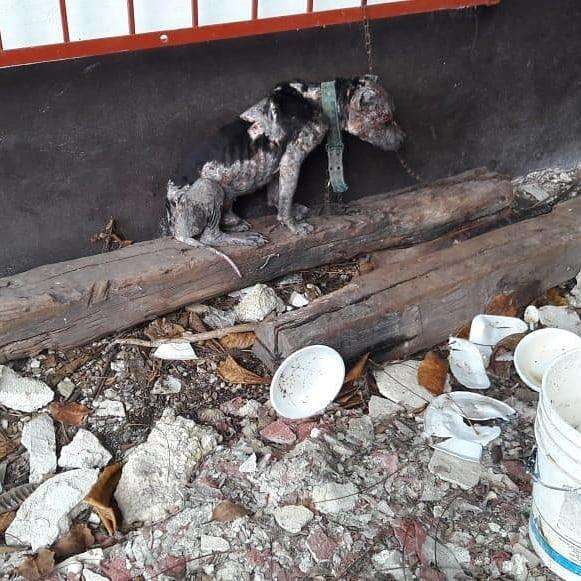 On the ears of the pet, there were traces of either scissors or a knife … Probably, the owners stopped them on their own.

The woman, who noticed the unfortunate dog, could not stand it and knocked on the door of the house. She was greeted by the owners of Topopo and said that this was how they punished the animal. The dog chased the chicken, for which he paid …

By some miracle, a kind woman managed to persuade him to give her a pet. She then contacted her friend Matteo Saucedo, who runs an animal rescue center. 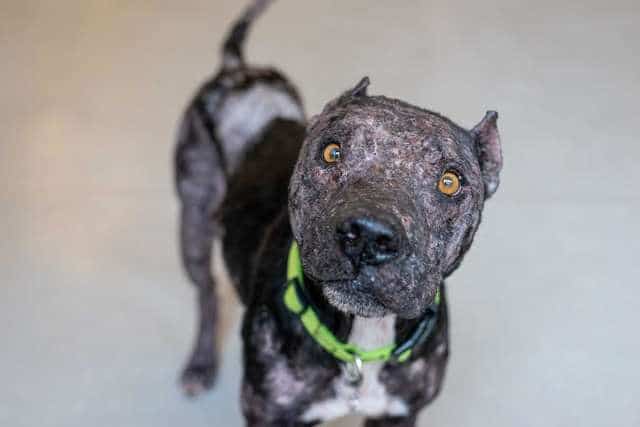 The pet was temporarily sheltered and immediately posted his photos with a story on Facebook. Soon a girl named Lacey, who lived thousands of miles away in New York, found out about him. She admitted that she had never seen a more miserable dog …

Lacey contacted the animal’s guardians and arranged for Topopo to be transported to New York. The girl is also an employee of the animal welfare society, and she decided to find a home for the poor thing at all costs.

A few days ago, Totopo, along with two paralyzed dogs named Temo and Clarita, were taken to Lacey. 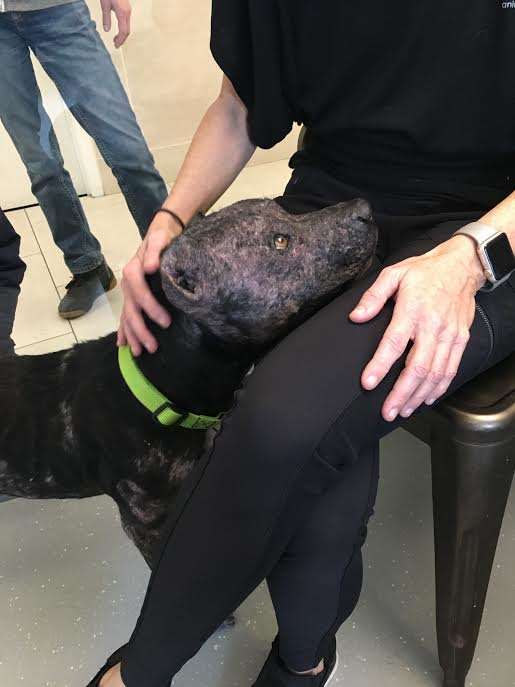 Topopo’s skin and coat have not yet fully recovered, and the wounds have not yet healed, but everyone around is surprised that the pet does not have any behavioral problems. As if he did not have to endure all that horror in the past. Lacey is amazed at how loving and affectionate the dog is. 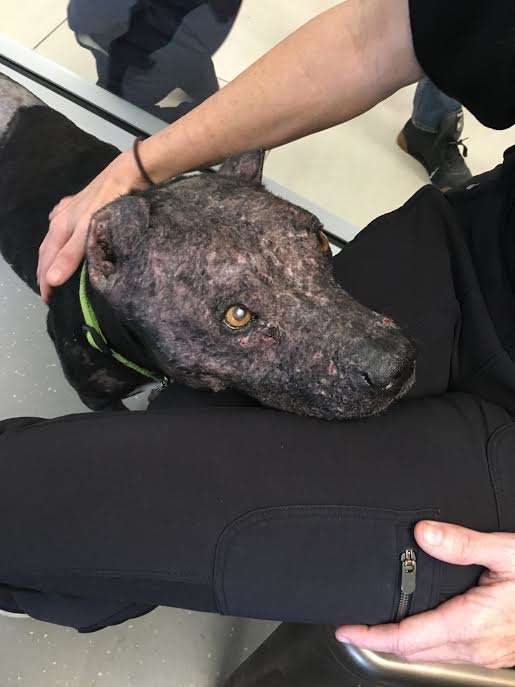 The pet, which was tormented by the owners, felt happy. He acts as if he grew up in a big, comfortable house with love and care, but the rescuers know that this is not the case.

Topopo is the sweetest dog in the world that adores all humans and gets along well with other dogs. 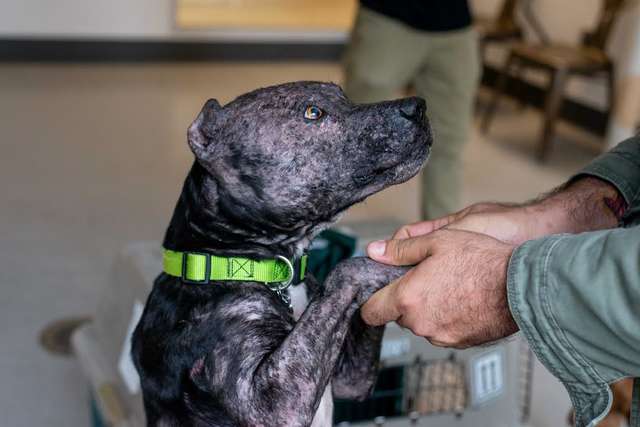 Many people are interested in the pet, and Lacey is confident that the ideal home for him will be found soon.

I sincerely hope that this puppy never has to suffer again!