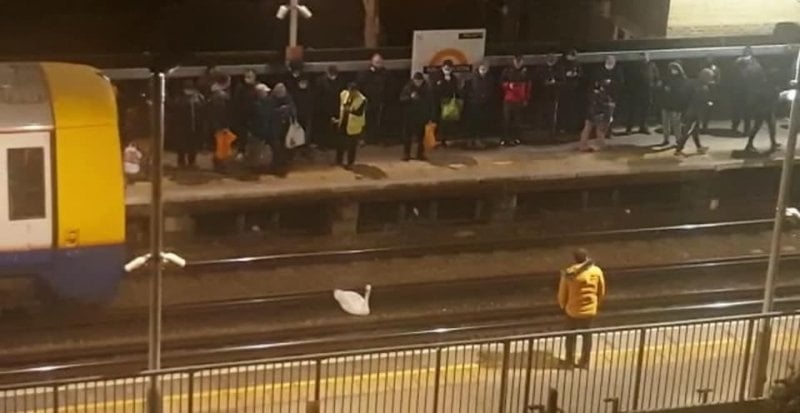 In the London Underground, a swan landed on the rails. The bird was exhausted and could not fly. The driver was able to stop the train and called the subway workers. 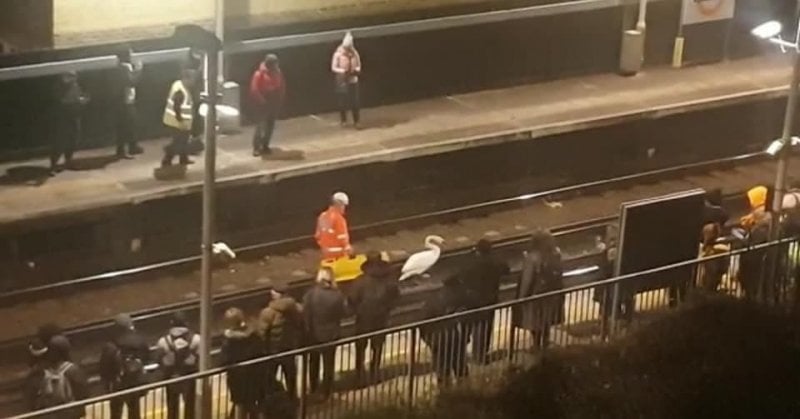 Subway workers first tried to drive the bird away, but it could not take off. Then the experts took the swan in their arms and carefully removed it from the tracks. 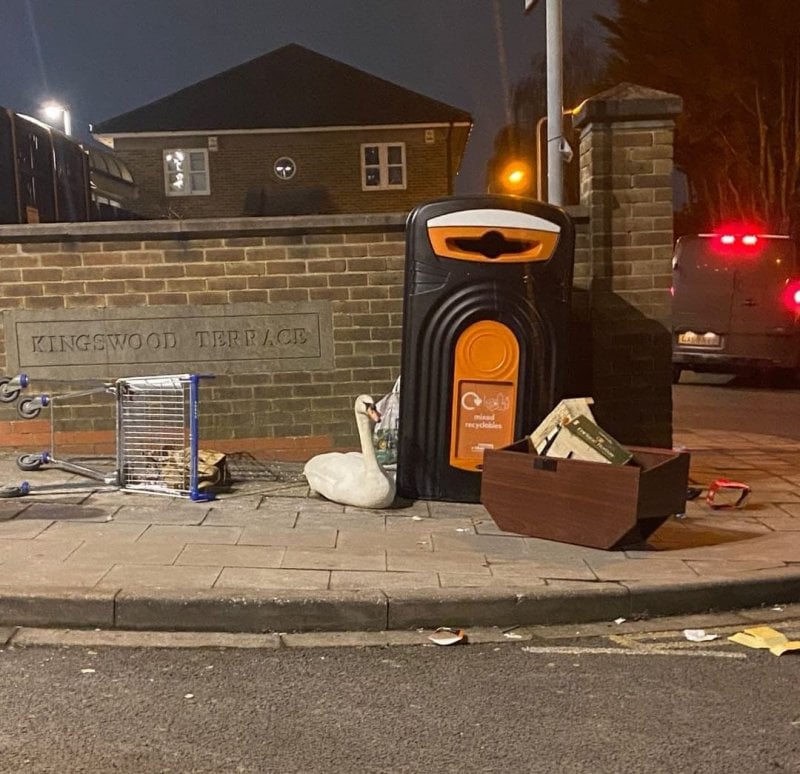 Later it turned out that the bird could not fly. Then caring metro workers called veterinarians. Doctors took the bird to the bird research center. 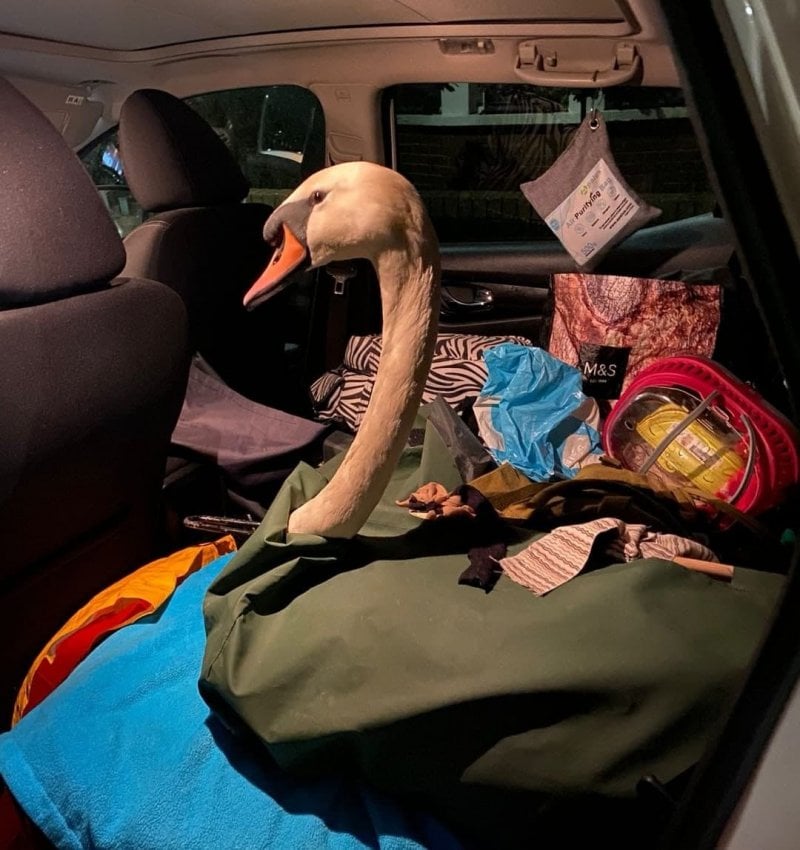 The swan will spend some time in this center while it is examined and treated. Then he will be released.