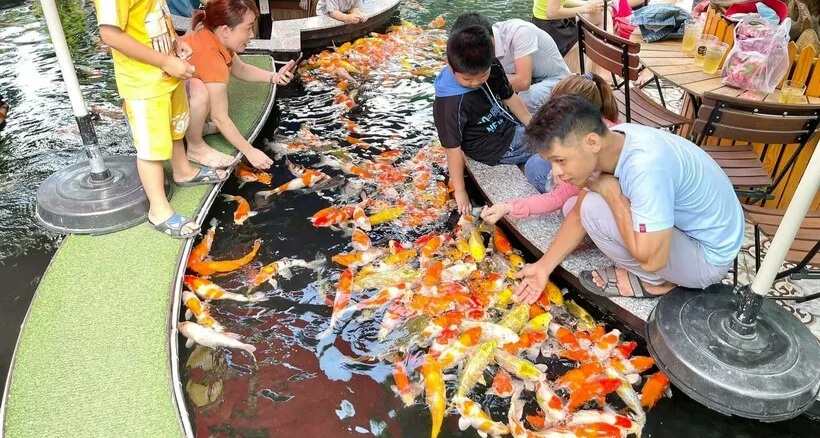 There are many interesting places on our planet, including where you can not only eat but also get aesthetic pleasure. We found out that there are already about a dozen unusual cafes with koi fish in Vietnamese Ho Chi Minh City.

Koi are special carps, or rather a variety of another aquatic inhabitants, which is called the Amur carp. In total, there are about eight dozen species that differ in size, color, and scales. And the honorary title of a koi carp can only be received by an individual that has gone through as many as six stages of selection. 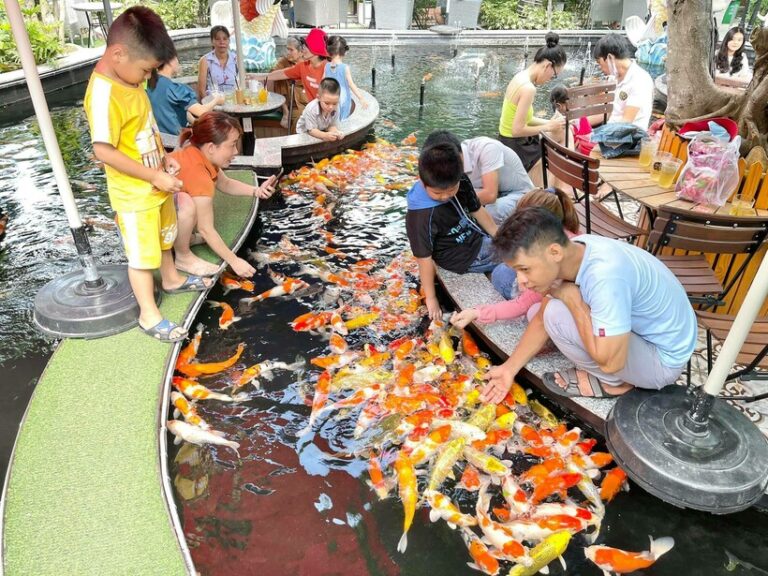 The first mention of such colorful fish dates back to the 14th century. Breeding started in Japan, and carp came here presumably from China, where they lived before. At first, representatives of the peasant class were engaged in breeding fish, and for the sake of food. 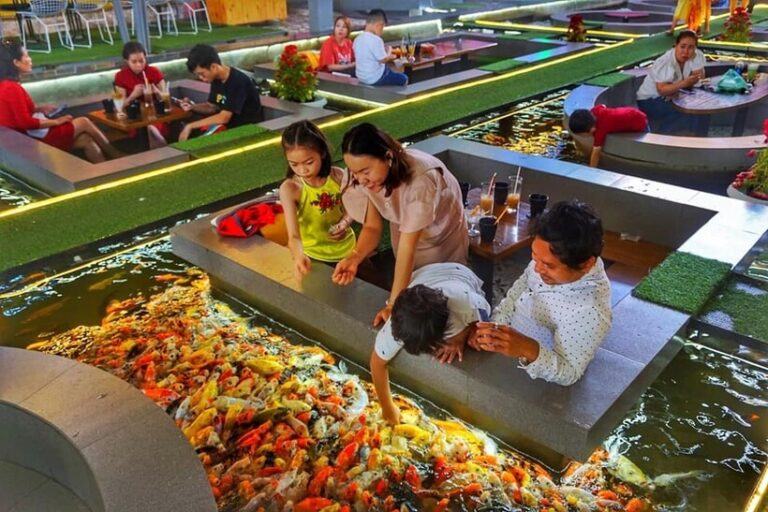 But when an unusual specimen with beautiful colors appeared, it was left and raised as a pet. And then noble people got carried away with such a peculiar hobby, and since then they began to breed decorative koi in large ponds to decorate the territories at castles and palaces.

The world learned about the bright and unusual koi only at the beginning of the last century, when they were shown at the Tokyo exhibition. Today, the breeding of such aquatic inhabitants is carried out everywhere, and in some countries, there are entire clubs. And in Vietnam, so-called koi restaurants and koi cafes are popular, which are actually organized on shallow ponds. 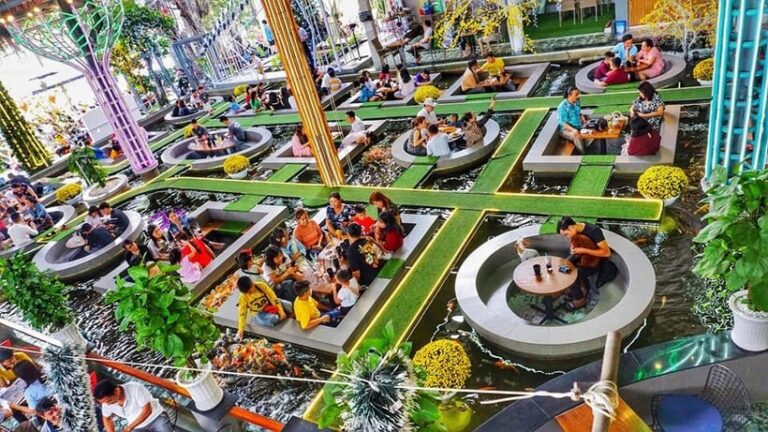 A catering establishment with carps looks like an artificial shallow reservoir, in which koi are literally teeming. Either directly in the water or on special islands connected by paths, there are tables and places for visitors. Guests of restaurants and cafes enjoy drinks and meals while watching the life of the carps. You can also feed the fish with special food, which is also offered to customers. 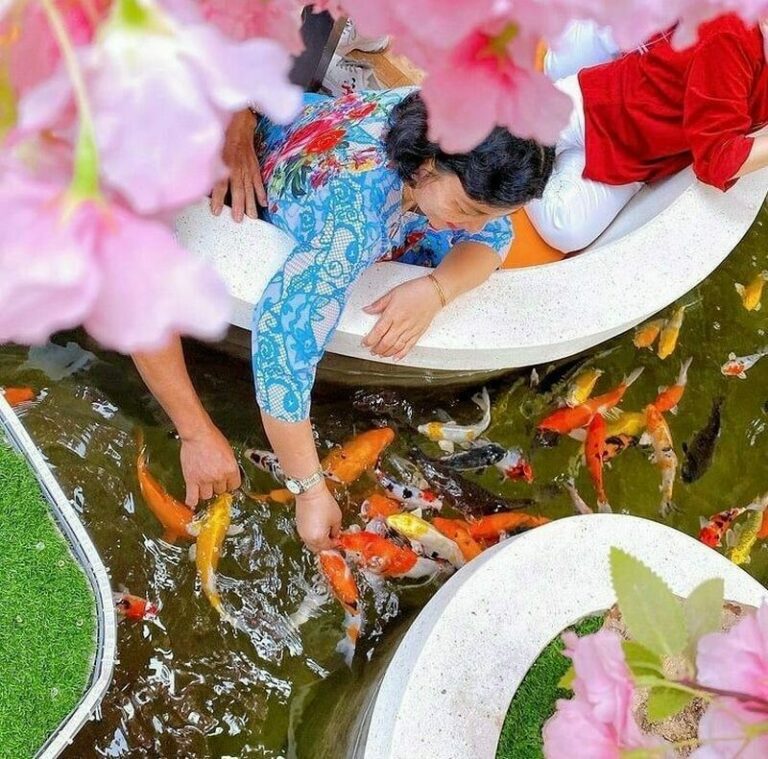 There are already more than a dozen cafe ponds in Ho Chi Minh City. And especially often young couples, as well as families with children, enter them. You can feed the fish, and they are not at all afraid of people and literally swim in your hands, so you can freely touch them. 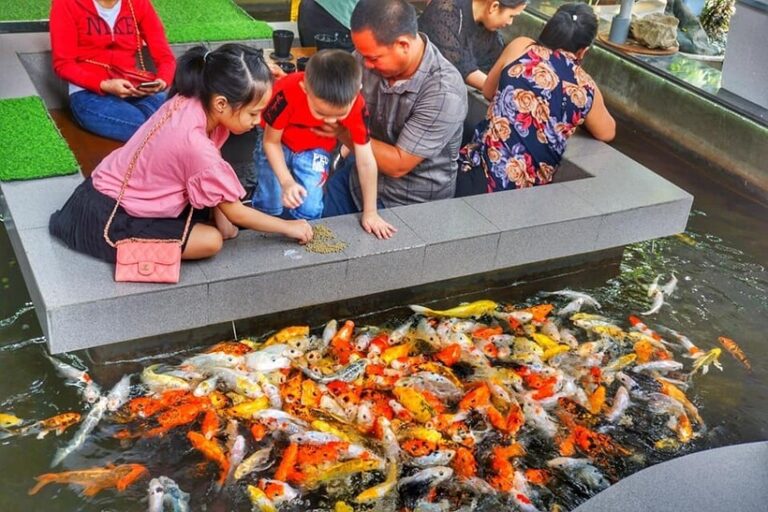 It is believed that aquariums with fish help to distract from bad thoughts and relieve tension. And judging by the fact that there are always a lot of visitors to koi restaurants, there really is a positive effect. Would you like to visit such a cafe?