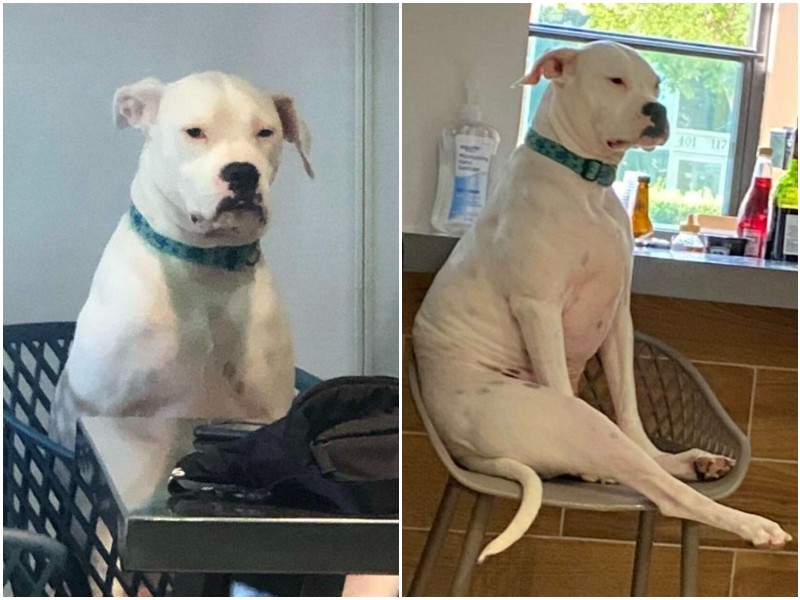 All dogs have some special features that distinguish them from their relatives. Pogo is a dog that also has its own “feature”, and thanks to it this beauty is gaining popularity on the net!

The dog named Pogo lives in the American town of Raleigh. She lives happily with loving owners who, due to being busy at work, sometimes take her to a daytime dog shelter and pick her up in the evening. Interestingly, in the shelter, Pogo behaves completely differently from everyone else. 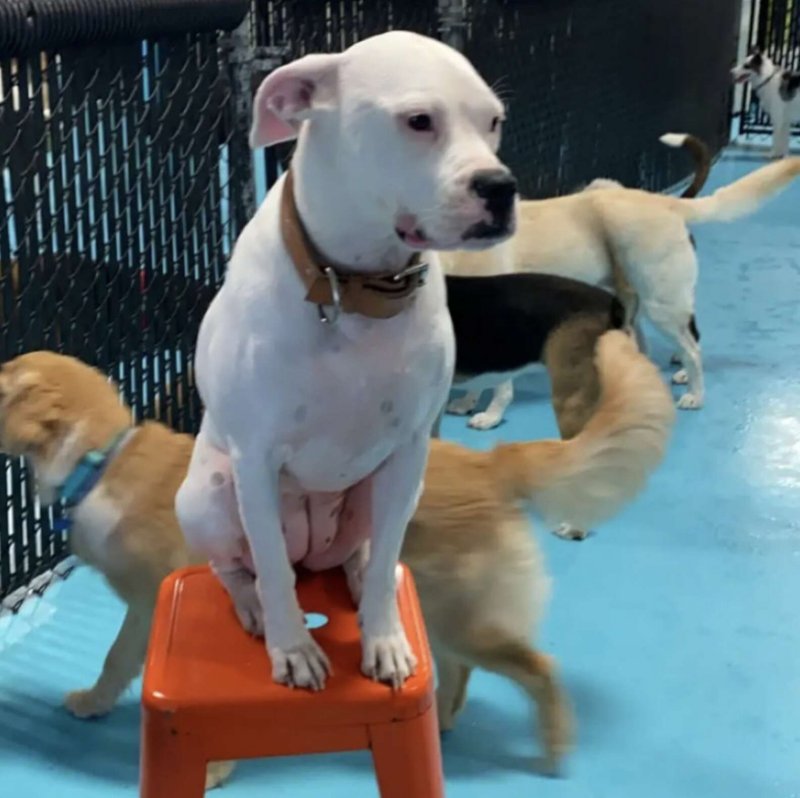 Pogo is quite capricious and never plays with her brethren at the day shelter. She is absolutely indifferent to everything that happens around her. Some think that she is an introvert and just not happy with the communication, while others think that she misses her owners so much. 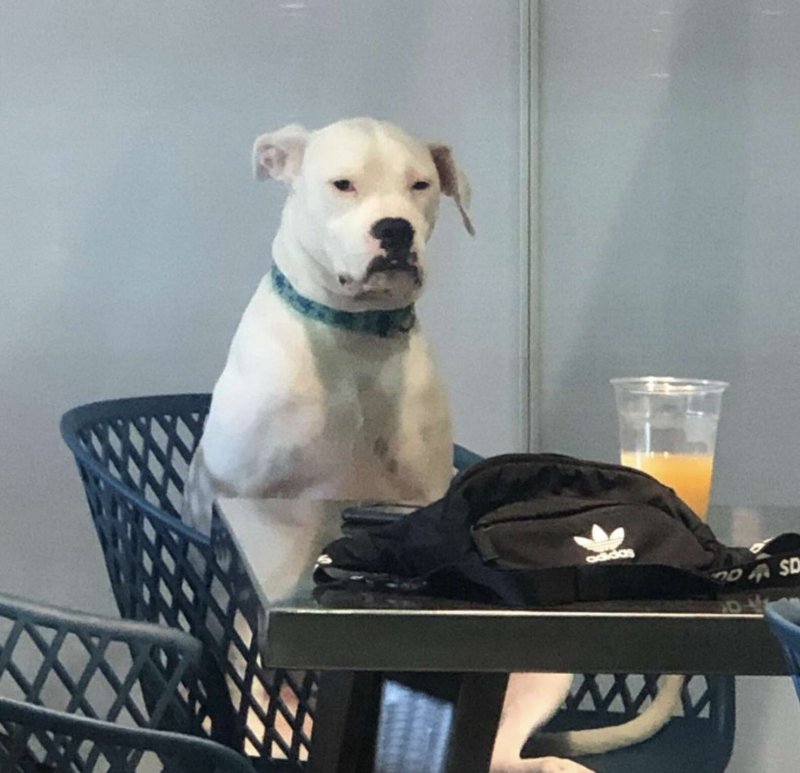 Pogo’s most interesting feature is that sometimes she sits on a barstool at the shelter and looks at other dogs appraisingly. Her photos on a barstool went viral, and after them, she gained popularity on the network. Even the owner herself does not understand the reasons for the behavior of her pet. 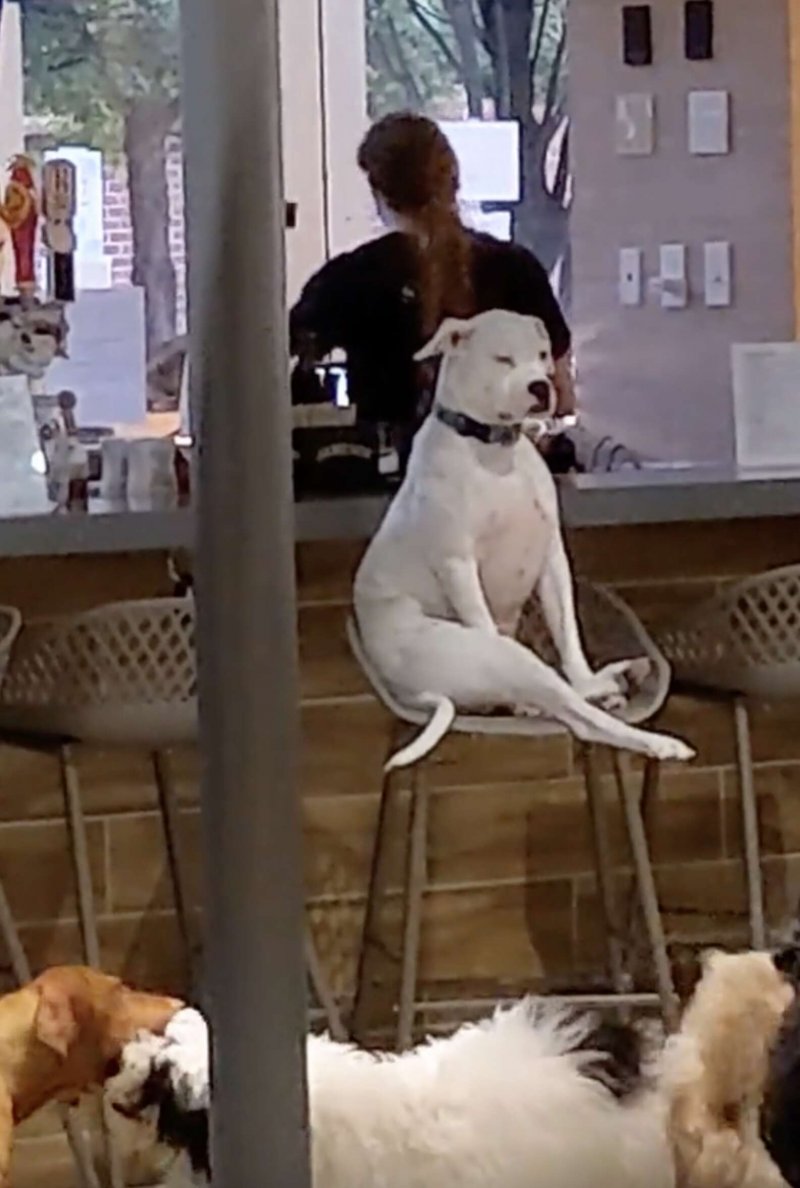 Pogo’s health is perfect, and she doesn’t seem to miss her owners much, and perhaps the reason is her interesting character. “Yeah, she just climbs on one of the chairs and wants to show what she really thinks about other dogs. This is our Pogo!” jokes the owner of the dog, Grace Wheeler. 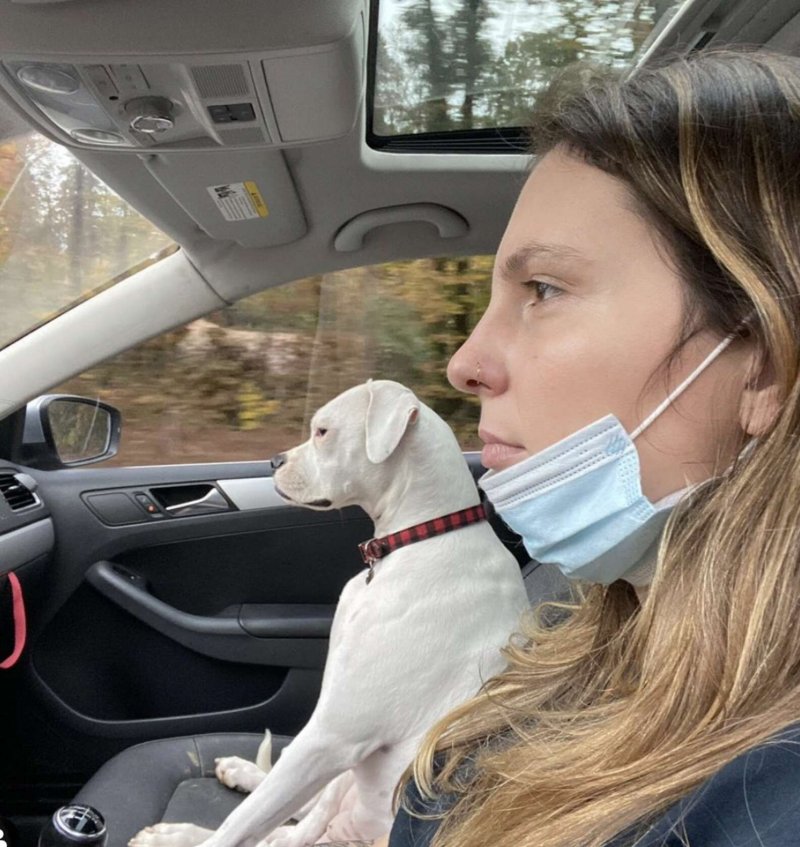 In fact, Pogo is a very sweet, loving, and kind creature. Despite her sometimes indifferent behavior, sometimes she has a mood to play, and also she loves people very much. 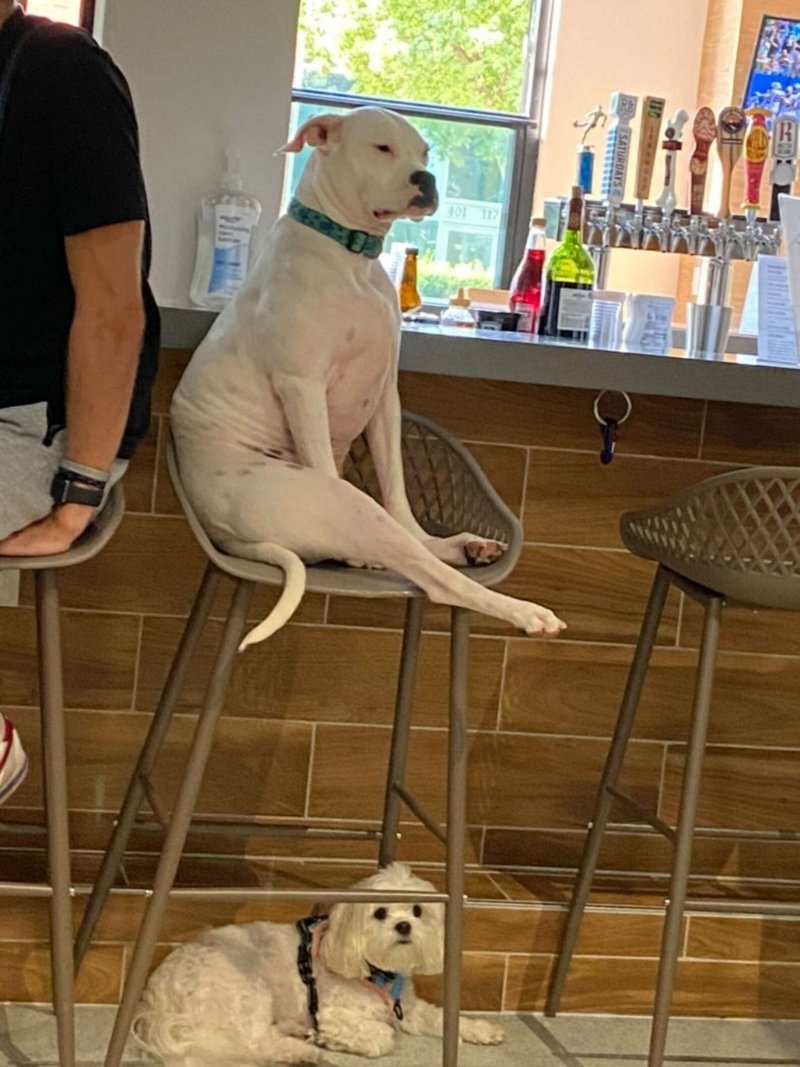