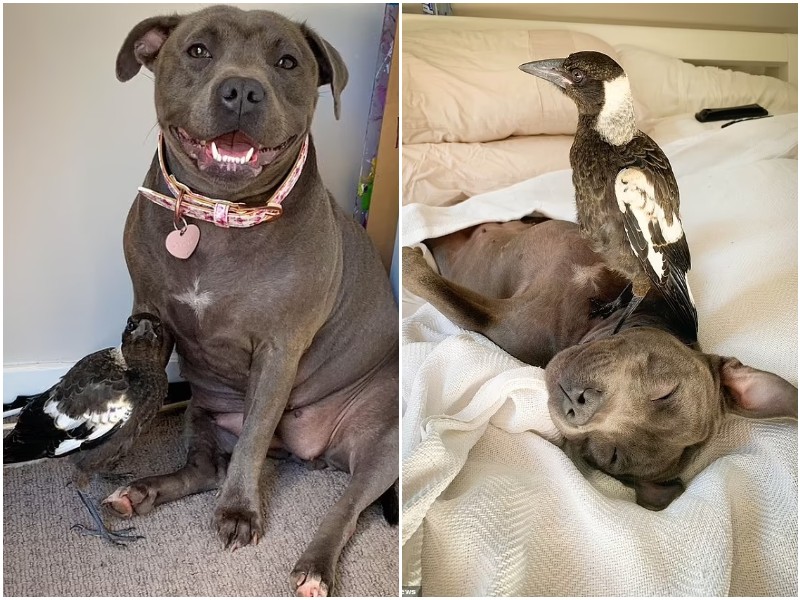 Even if you are diametrically opposed, friendship may still flourish! This is exactly what happened with a wild magpie and a Staffordshire terrier called Peggy. They became closest buddies a year ago, and today dog puppies play with the magpie.

Juliet, an Australian citizen, rescued a wild magpie that she encountered on the street while walking her dog. She decided to take care of the bird, and the newcomer was immediately taken by the family’s Staffordshire terrier, Peggy. She handled the bird with great care and assisted in her recovery. 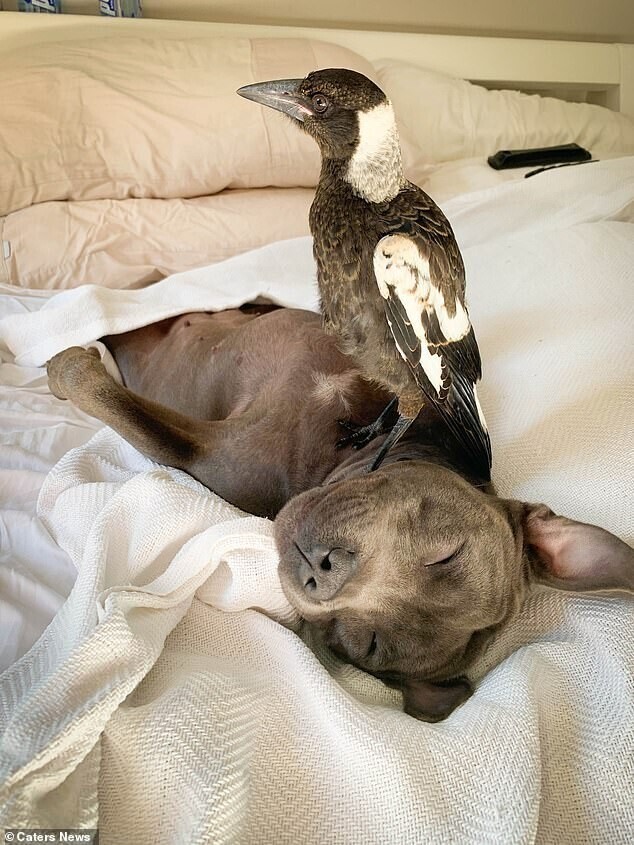 Molly was Magpie’s nickname. As soon as the bird healed, the two became great friends, playing a lot, and hugging. And when the owners tried to release the magpie back into the wild, all attempts were in vain. Molly refused to leave the house and her beloved canine friend. 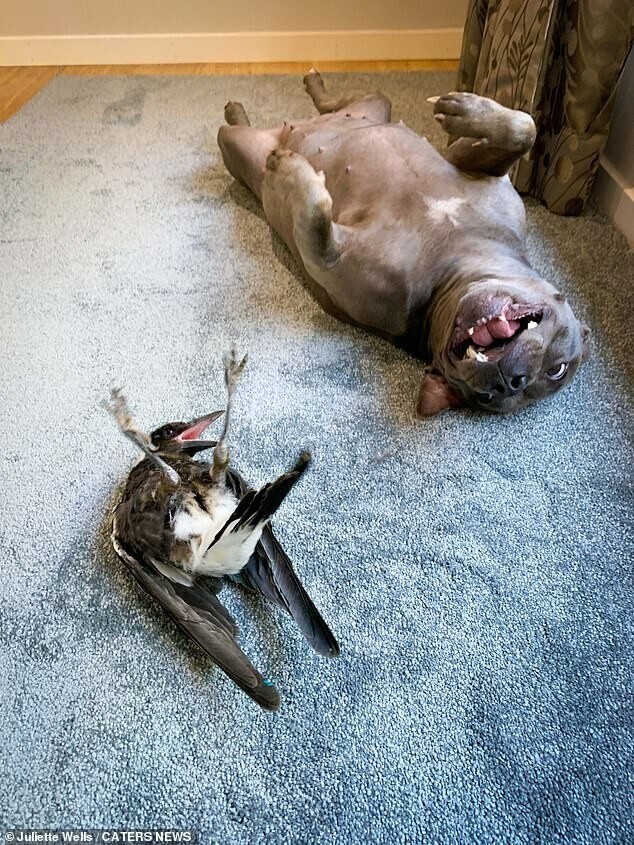 According to the hostess, the magpie even learned to parody the dog’s barking! “We constantly kept windows and doors open, tried to teach her to catch lizards and worms. But she does not want to leave us. She considers herself a dog, and Peggy is her mother,” says Juliet. 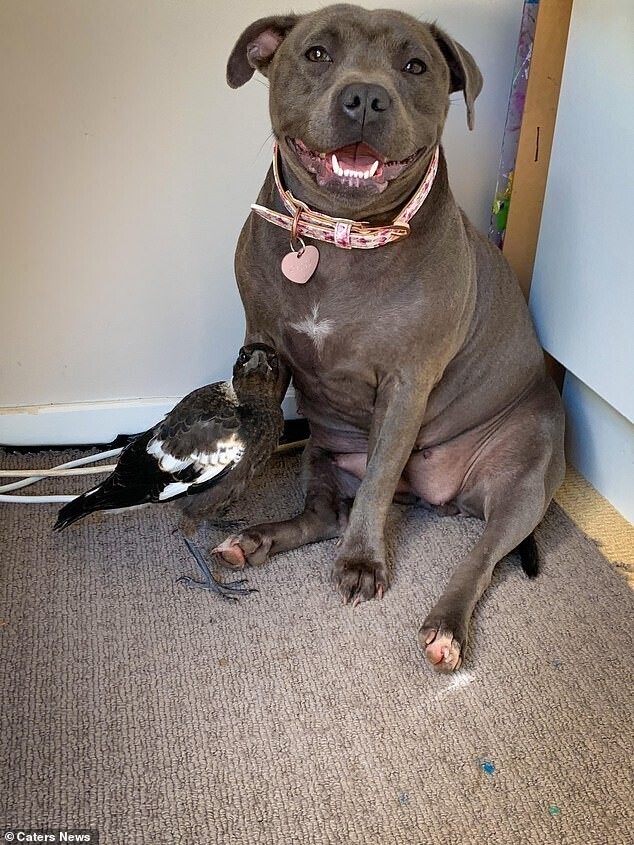 Recently, Peggy became a mother, and the owners gave away her puppies, leaving one for themselves. He also joined the gang and became friends with the magpie, and the trio now spends a lot of time together. This amicable squad already has 135,000 Instagram followers. 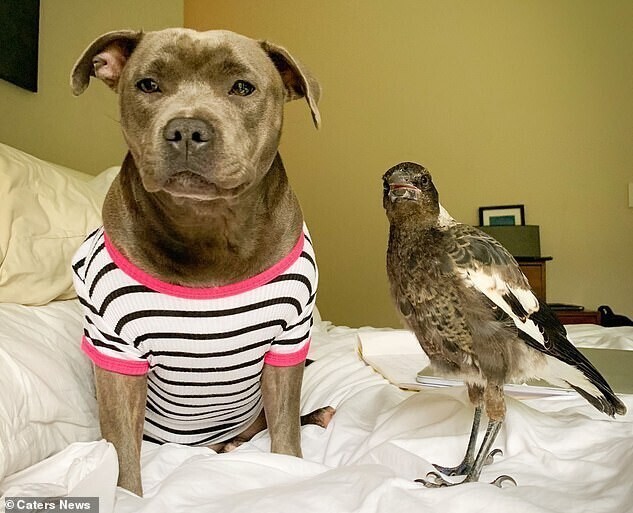 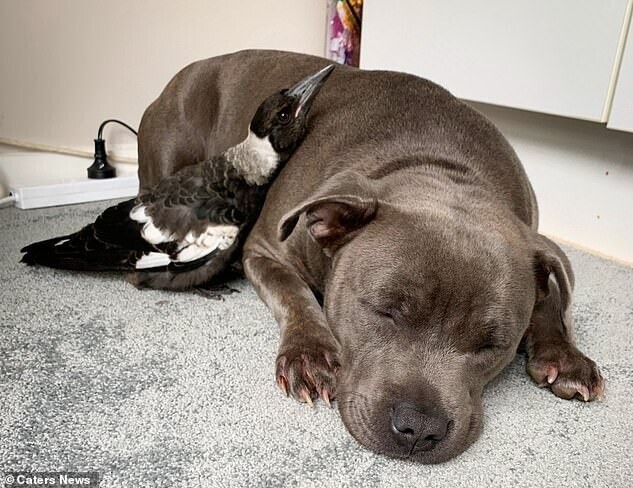