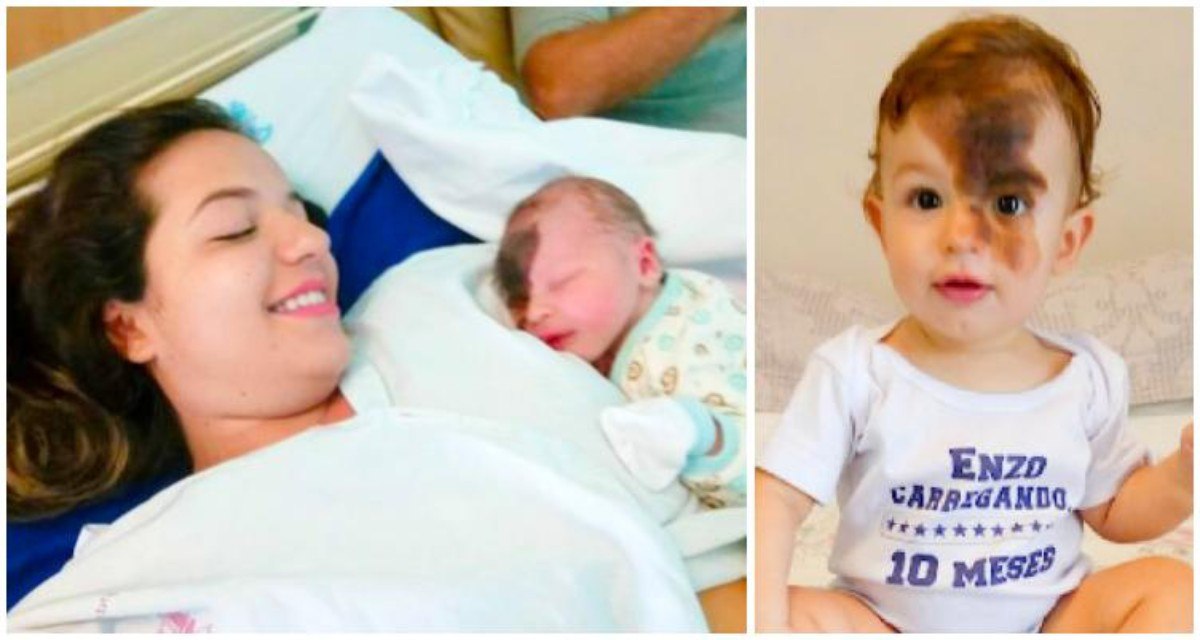 Enzo is already a little more than a year old. Carolina Giraldelli, the baby’s mother, was taken aback when he was born because he had a large birthmark on his face. It was then discovered that Enzo had a congenital melanocytic nevus. It is innocuous on its own, and it emerges in the early stages of fetal development.

Everything was OK, but the mom was really disturbed because her kid was stared at with pitying eyes, contemptuous eyes, and disgusting eyes. Carolina worked hard to show everyone that her child is just like everyone else, that he is healthy, and that he is not a threat to society.

“From now on, I must become a different person who is stronger, courageous, and bolder,” the lady resolved for herself. “Someone who is prepared to tackle all of the challenges that my son may experience in the future.”

She drew the same birthmark on her face and went around like that all day to get a sense of how her kid will be in the future. This experiment elicited a wide range of feelings in her, both happy and bad. But her strongest emotion at the time was pride. She described herself as “the proudest mother in the world.” 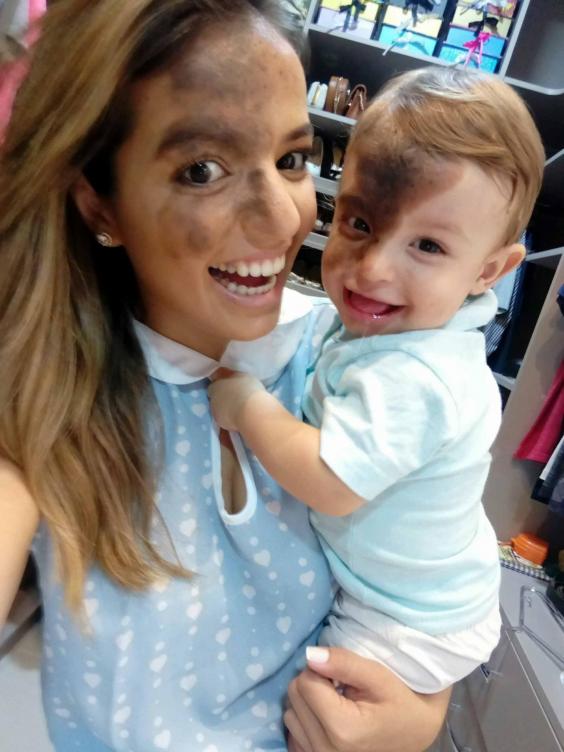 Carolina shared their united photographs on social media and was astounded to get a deluge of praises and words of encouragement from complete strangers. The contented mother realized she had done everything correctly. 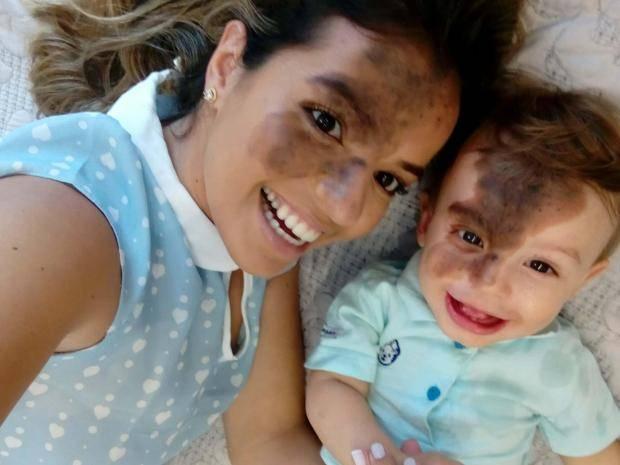