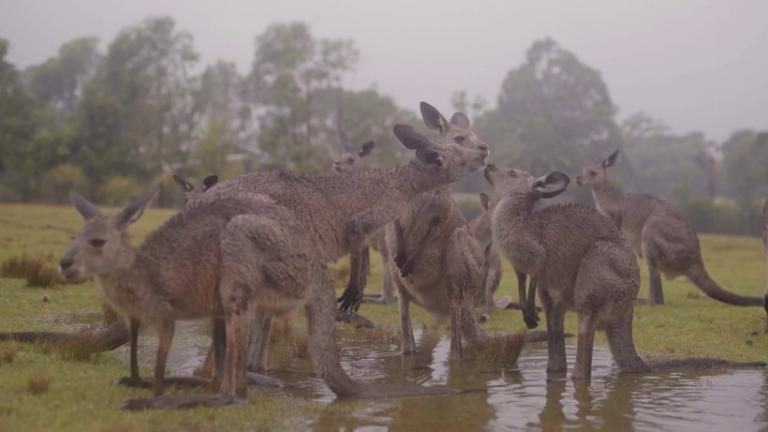 Due to the coronavirus, many other news, even the most important ones, have faded into the background. But I also want to remember what happened recently on our planet.

Six months ago, the world watched with dismay as the Australian continent experienced the most devastating wildfires on record.

From the summer of 2019 to the beginning of this year, the fire covered approximately six and a half million hectares of land. Then the fires claimed the lives of 25 people and hundreds of millions (and according to some sources, even more than a billion!) Living creatures (mammals, birds, and reptiles).

For many months, many countries helped put out the fire. But it wasn’t until January 2020 that the so-called “rain of the century” hit the east coast of Australia. He managed to basically tame the fire.

Most of all, the animals enjoyed the rain. Kangaroos, wombats, and of course cute koalas splashed in the puddles, dipping their paws and tails in them. They were all soaked to the skin. But they were glad that the nightmare that they had experienced had finally ended.

The rangers of one of the natural parks said that thanks to the rain, the animals became kinder to each other, they showed tenderness and affection. Their appetite and mood improved significantly.