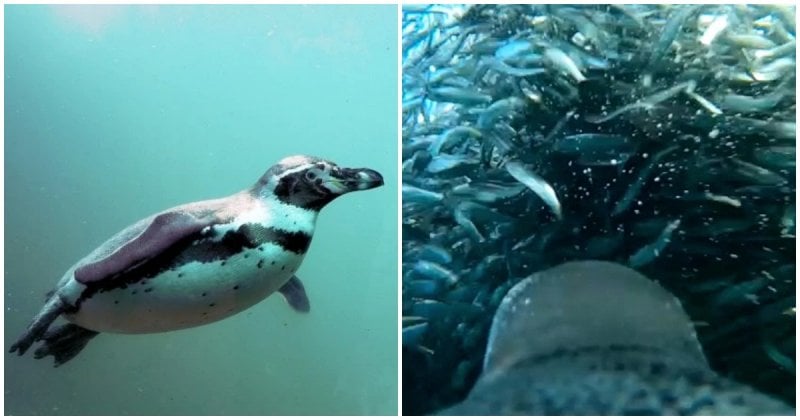 Agree, it is very interesting to look at how animals perform their usual rituals. Thanks to modern technology, you can admire it.

The footage shows the hunting of a subantarctic penguin, and filmed from the first person. The action takes place in the waters of the Argentine island of Martillo, on the Tierra del Fuego archipelago. The findings help scientists learn about penguin preferences and protect them from human activities.

The staff was obtained thanks to the joint work of the Wildlife Conservation Society and colleagues from the Antarctic Research Fund of the National Council for Scientific and Technical Research of Argentina. They chose a male and equipped him with an underwater camera. After they caught him, removed the camera and studied the material.

The researchers concluded that penguins not only search for food at the seabed, but also prey on schools of fish, such as sardines. They are also not averse to hunting in the water column.