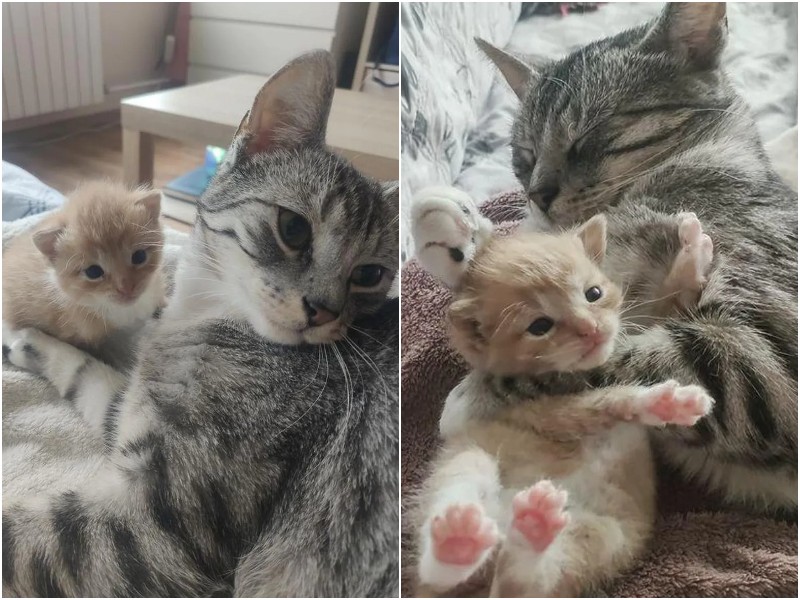 Only when she saw a tiny kitten, who was left without a mother at a very early age, an adult cat could not restrain her instincts. She began to take care of the baby as if understanding how much love and warmth he needs.

A week ago, a veterinary clinic in Poland received a call to report a tiny kitten. One man found it in a box left near the car. Apparently, someone wanted to get rid of an unnecessary baby. 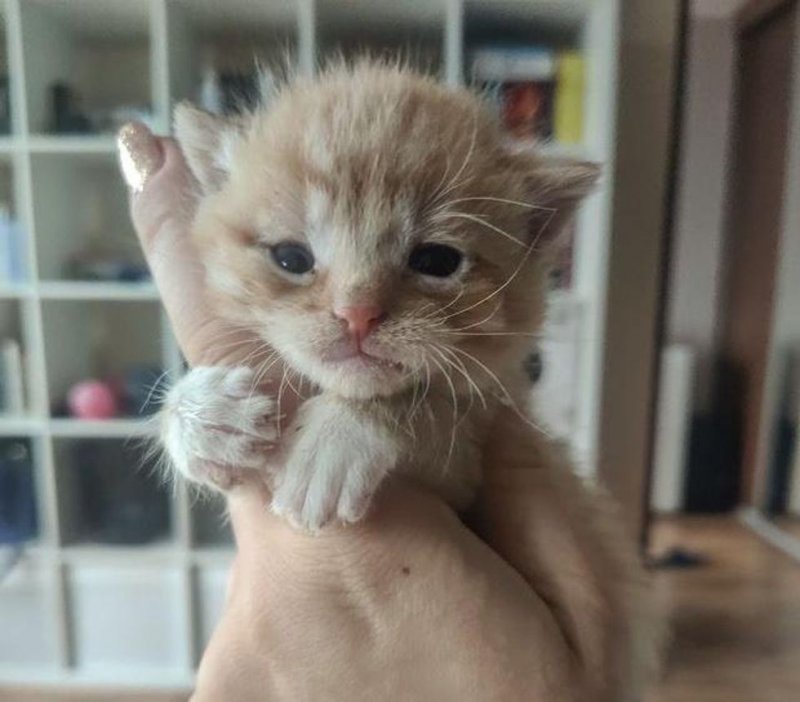 The man immediately decided to help and contacted the veterinary clinic. He then brought the baby there and was taken care of by the kind staff. They discovered that the baby was seriously underweight and generally weak – at the age of three weeks, he was the size of a two-week-old. 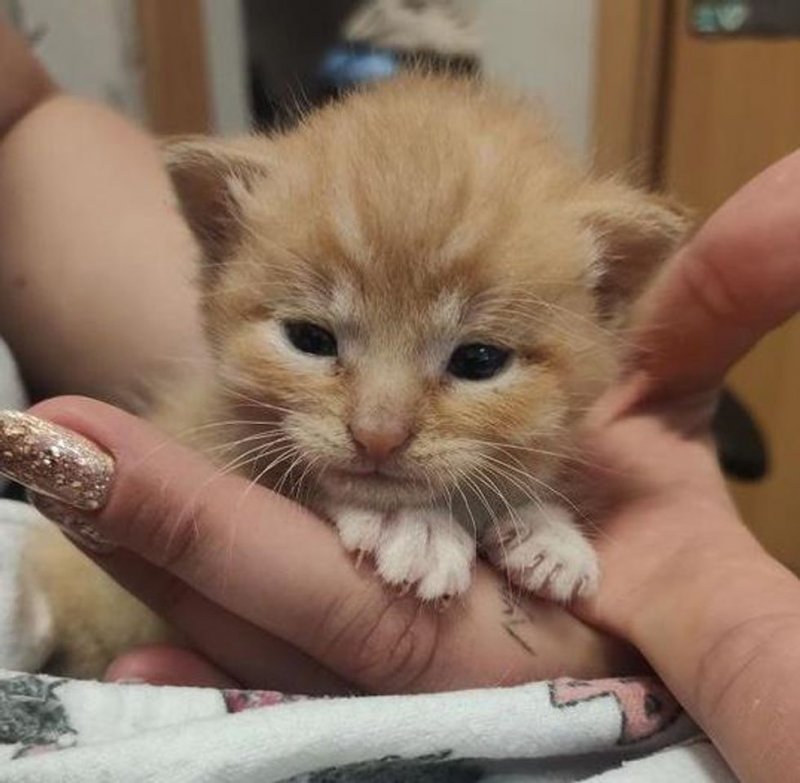 One of the employees named Magdalena took the kitten to her for overexposure. She named him Mezo and began to actively restore his health. The woman fed him by the hour and gave him medicine. 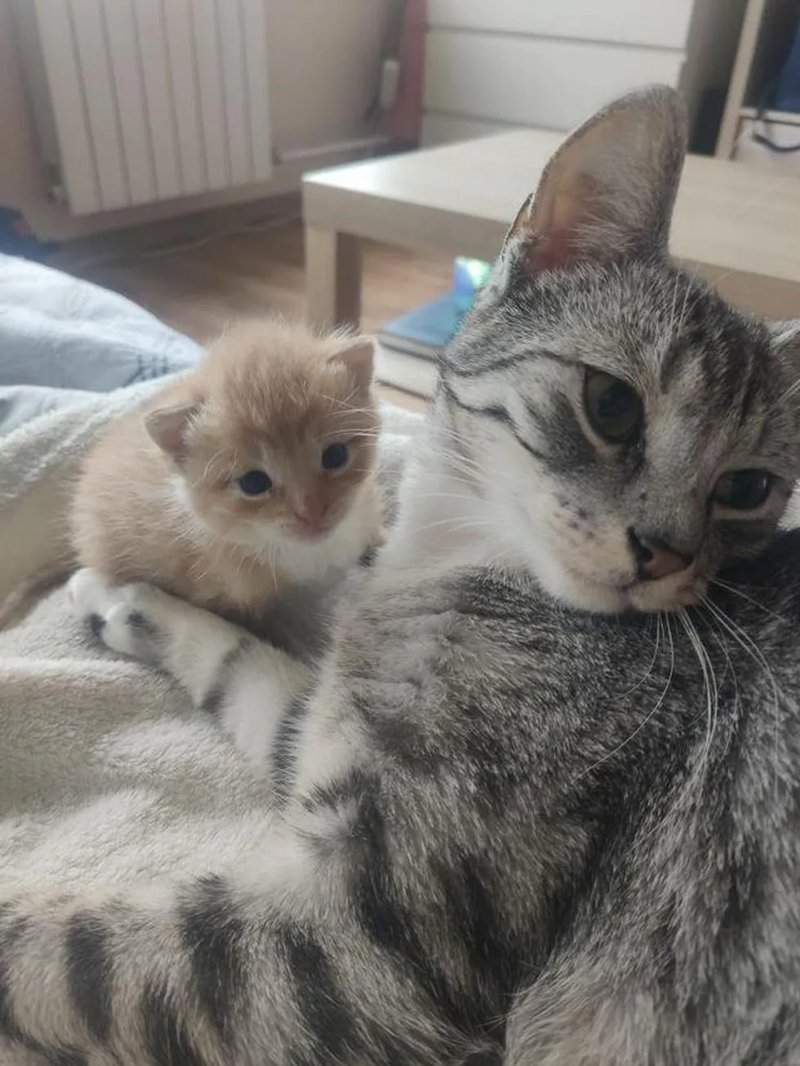 The kitten was immediately interested in the woman’s domestic cat, Malaika. As soon as she saw the baby, her maternal instincts woke up, and she quickly took him under her care. 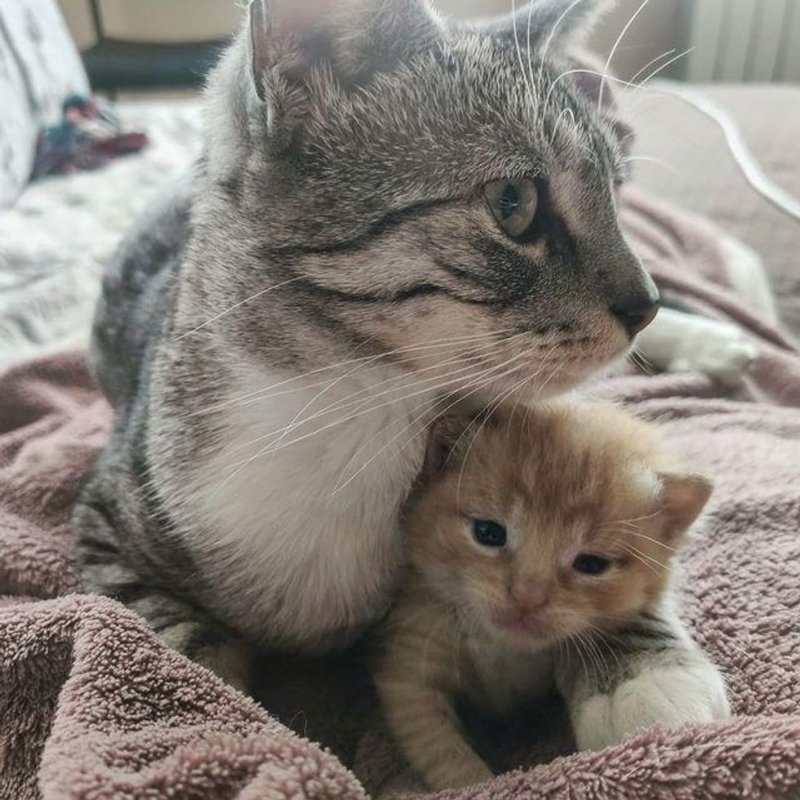 She constantly licked him, hugged him, and gave him her love. Mezo himself responded to the “foster mother” in return, and next to her became much more confident. They spent all the time together. 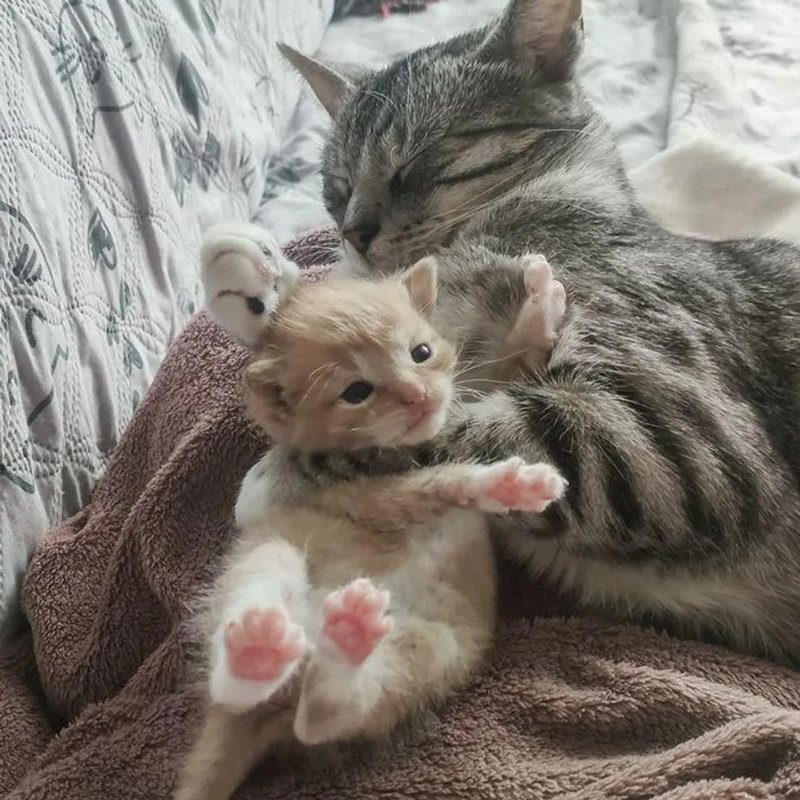 Next to a caring cat, Mezo quickly began to recover and show positive results. He even begins to crawl a little and explore everything around – of course, under the supervision of caring Malaika. 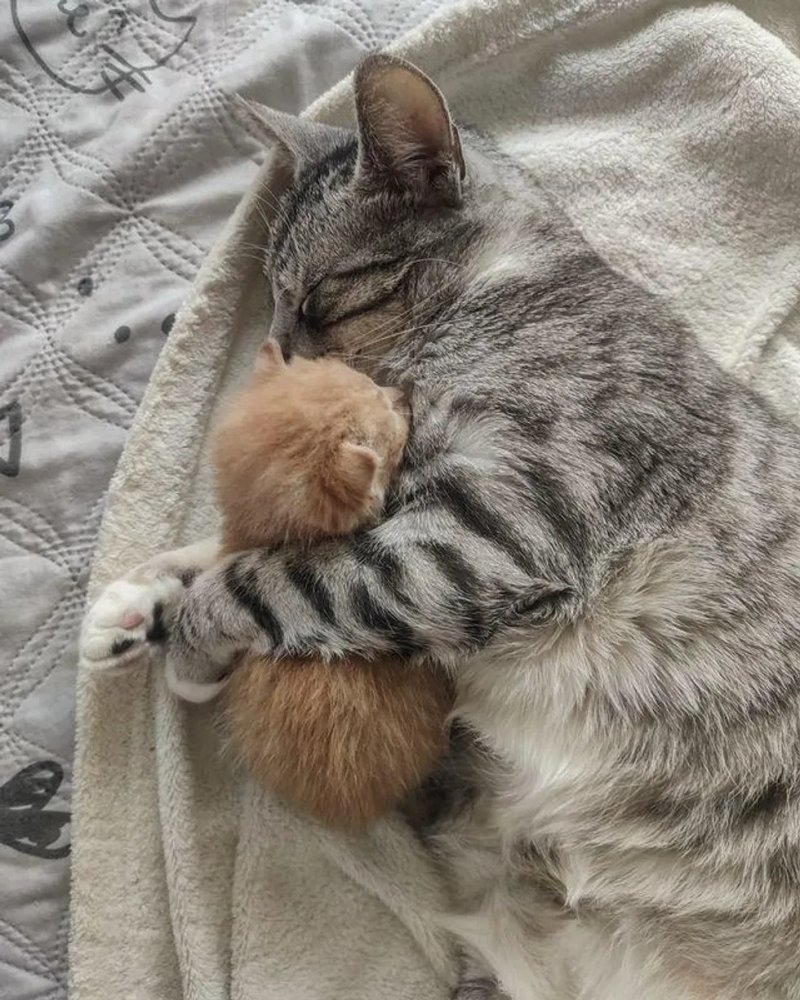 According to the guardian, watching this couple is a pleasure. When the kitten grows up enough, a permanent family will be found for him, but for now, he is being raised by a caring foster mother. 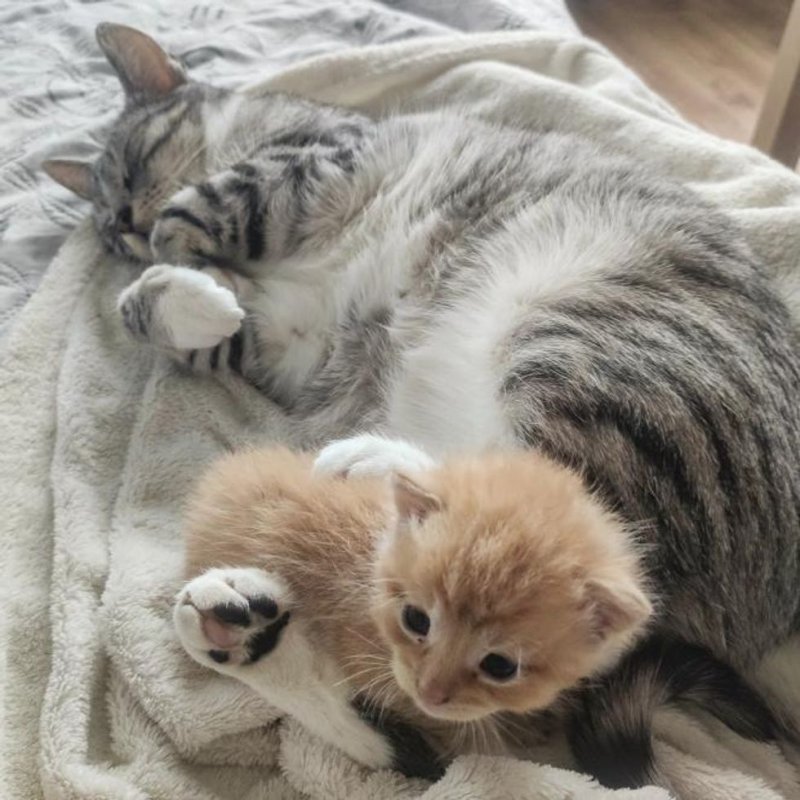 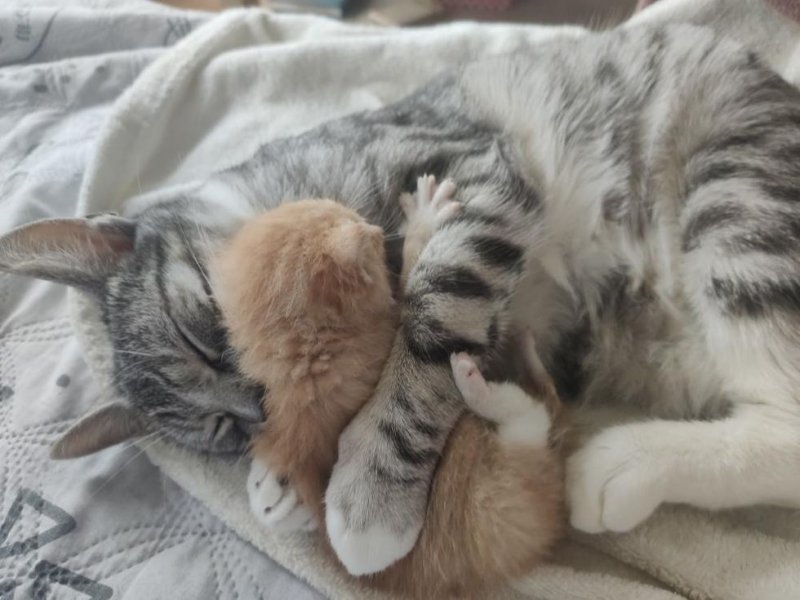 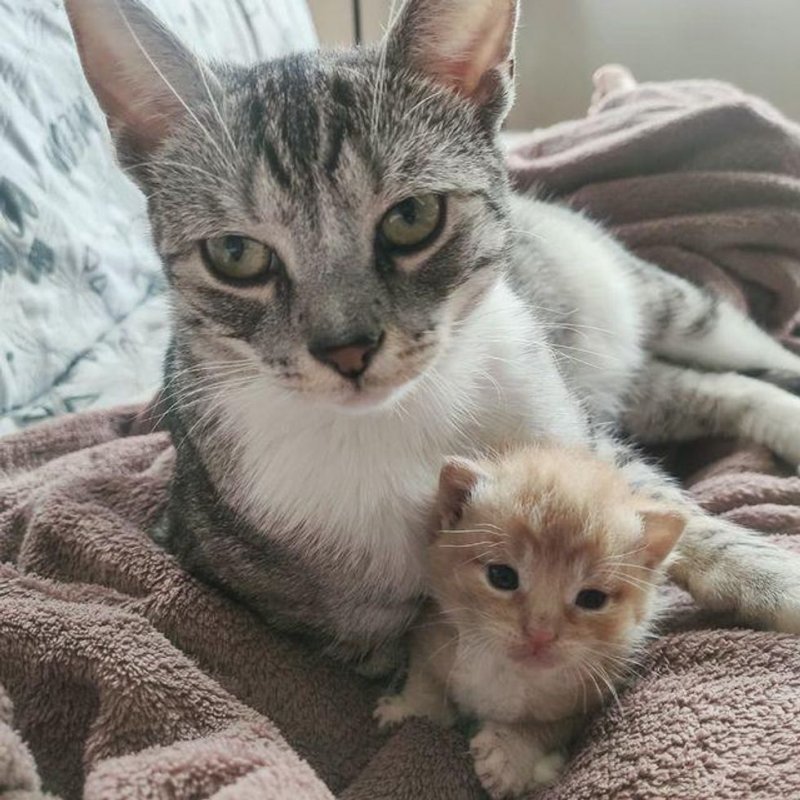