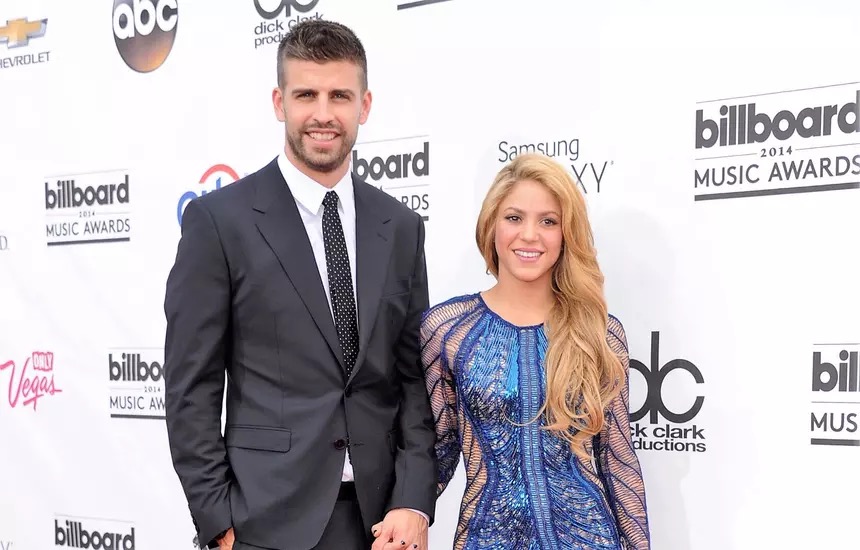 They appear on the red carpet with their halves, they give interviews and share the experience of long and happy family life, they arrange vivid photo shoots with children and grandchildren … And not all fans realize that their idols, who lived 10-20, or even 30 years with the elect, did not take an oath of allegiance at the altar.

Who are they, these celebrities, who proved that the stamp on the passport is not a guarantee of love and fidelity?

Kurt Russell and Goldie Hawn, both Hollywood superstars, began living together in 1983. Wyatt, the couple’s common son, was born three years later. Even after that, the couple was not in a rush to legalize their relationship. 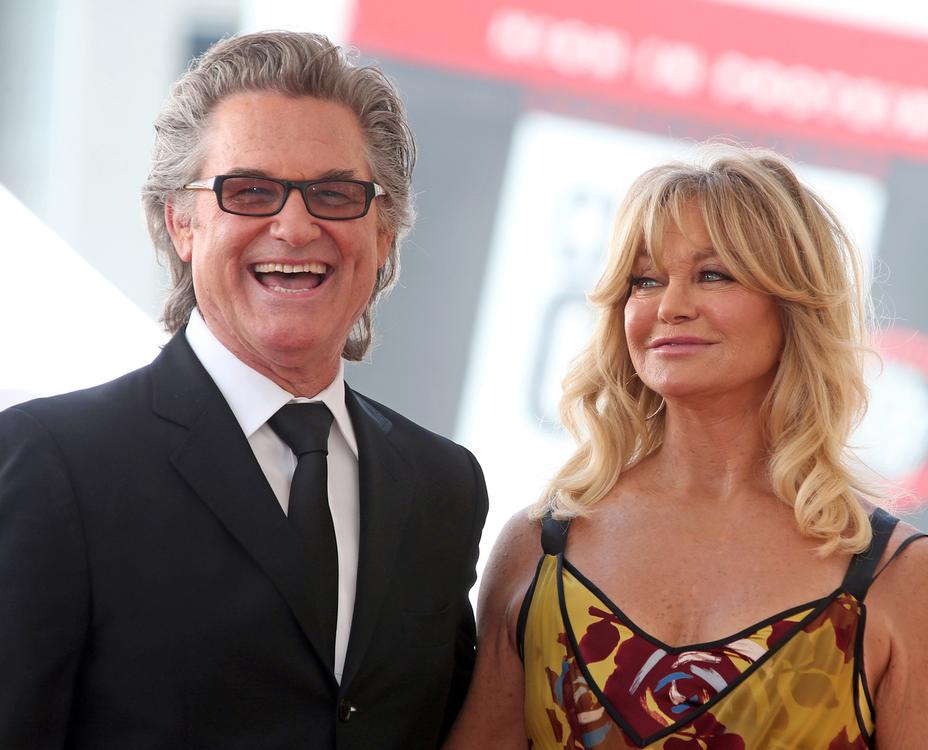 Russell and Hawn met on the set of “The One and Only Genuinely Original Family Orchestra” in 1968, years before their romance began. Kurt was only 16 at the time, and Goldie was 21. After fate separated them for many years. She managed to get married twice and give birth to two children – Oliver and Kate. He also lived a family life. His wife, Season Hubley, bore him a son, Boston, but the family soon fell apart.

But, as they say, you can’t escape fate. And already at a conscious age, Kurt Russell and Goldie Hawn connected their lives. The actor accepted the children of his beloved from a previous relationship as his own, and they consider him his own father.

The long union of Goldie Hawn and Kurt Russell is proof that you can live your whole life in love and harmony without a stamp on your passport.

The singer and footballer met in 2010 when she was shooting a video for the song Waka Waka, which became the official anthem of the World Cup. 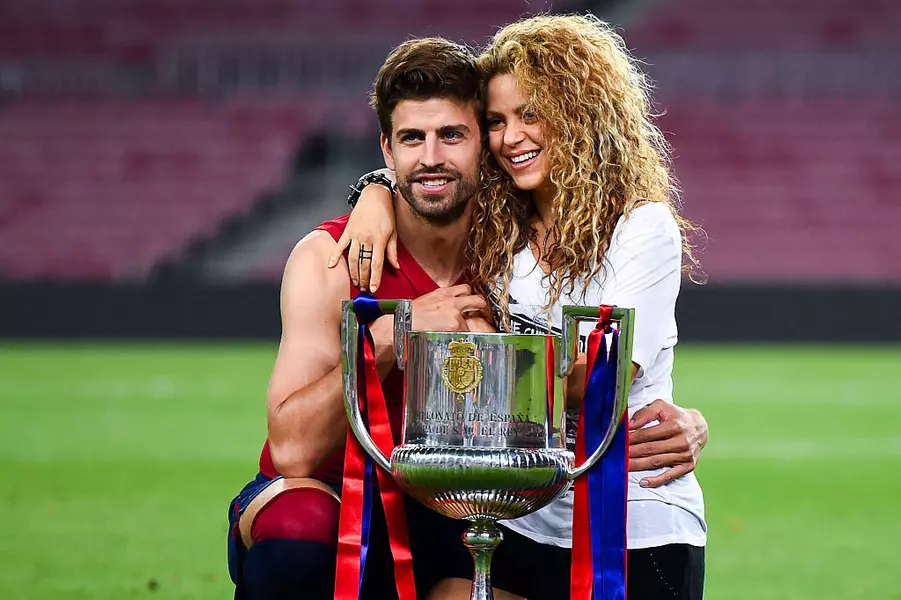 Before the relationship with Gerard, Shakira had a long affair with a famous lawyer. They lived together for 11 years, but never registered a marriage. And she is in no hurry to become a wife even now, even after the birth of sons Milan and Sasha from a football player.

Earlier, the singer admitted that she wants to marry her beloved, but at the moment marriage will not change anything in their relationship. That’s how they live.

The richest woman in show business in the world (worth $ 2.6 billion) and her chosen one, writer, screenwriter, teacher, and public figure Steadman Graham, began dating in 1986.

The famous TV presenter admits that she is afraid of spoiling her ideal relationship with her beloved with a stamp on her passport. “I will never find another like him. I’m sure. But I am also sure that the stamp in the passport will destroy our love, ”Oprah Winfrey frankly declares and enjoys every day of a civil marriage with the man of her dreams.

The famous Hollywood heartthrob has three children, while he was not married. Despite the incredible popularity and many novels, Al Pacino admits that the best thing in his life is two daughters and a son. 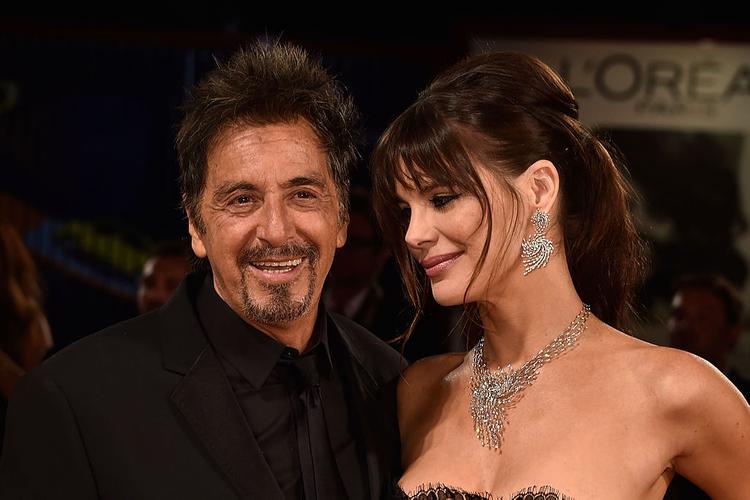 Al Pacino has been in a relationship with Argentine actress Lucila Sola since 2007. Lucila has a daughter, model Camila Morrone, who has been having an affair with another eligible bachelor, Leonardo DiCaprio, for several years now.

One of Al Pacino’s friends admitted in an interview with the tabloids that the actor has had a fear of official marriage all his life. He is sure that he will be a bad husband, moreover, according to his convictions, he cannot create a good union. The star of The Godfather does not write off his complex character. But it seems that Lucila, who is 39 years younger than her chosen one, is happy with everything.

Been together for 22 years

The star of “Thelma and Louise” had many novels, but she was married only once. Her marriage with Chris Sarandon lasted 12 years and left the actress with the surname with which she became famous. After that, despite a long relationship with the chosen ones, she did not dare to go down the aisle. 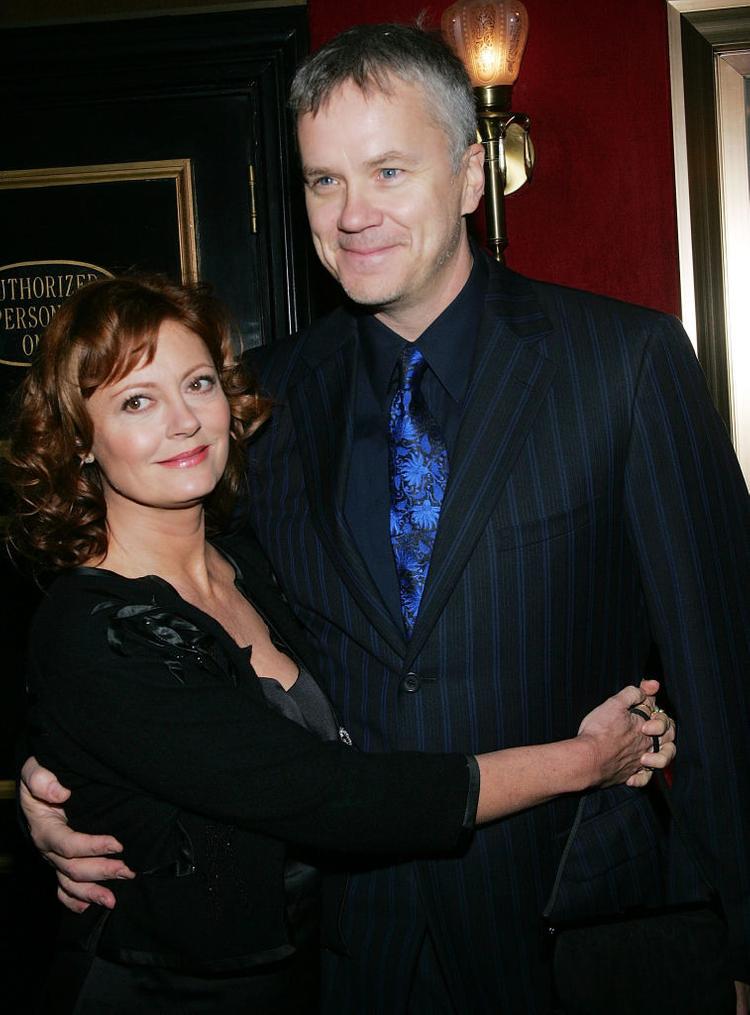 In 1987, on the set of 41-year-old Susan met 29-year-old Tim Robbins (“Nothing to Lose”, “Mystic River”, “The Shawshank Redemption”). They immediately began to live together. The couple had sons, Jack and Miles. But after 22 years of marriage, the actors broke up.

After Sarandon had a long relationship with Jonathan Bricklin, this union also fell apart.

The first and so far the only husband of the actress was her colleague Guillaume Canet. Their marriage lasted 5 years and broke up due to the constant employment of the spouses.

After, 10 years, Kruger dated Joshua Jackson. Their romance ended in 2016. But at the same time, Diana began dating her Sky co-star Norman Reedus. The couple has a two-year-old daughter, Nova.

Diane Kruger frankly declares that she does not believe in the institution of marriage: “Only the obligations that you take to each other matter. And a simple piece of paper has not yet kept anyone from parting.

The ex-husband of Diane Kruger Guillaume Canet has been happy for many years with the mother of his children, actress Marion Cotillard. Despite the fact that they have a son and a daughter, the lovers are in no hurry to tie the knot. 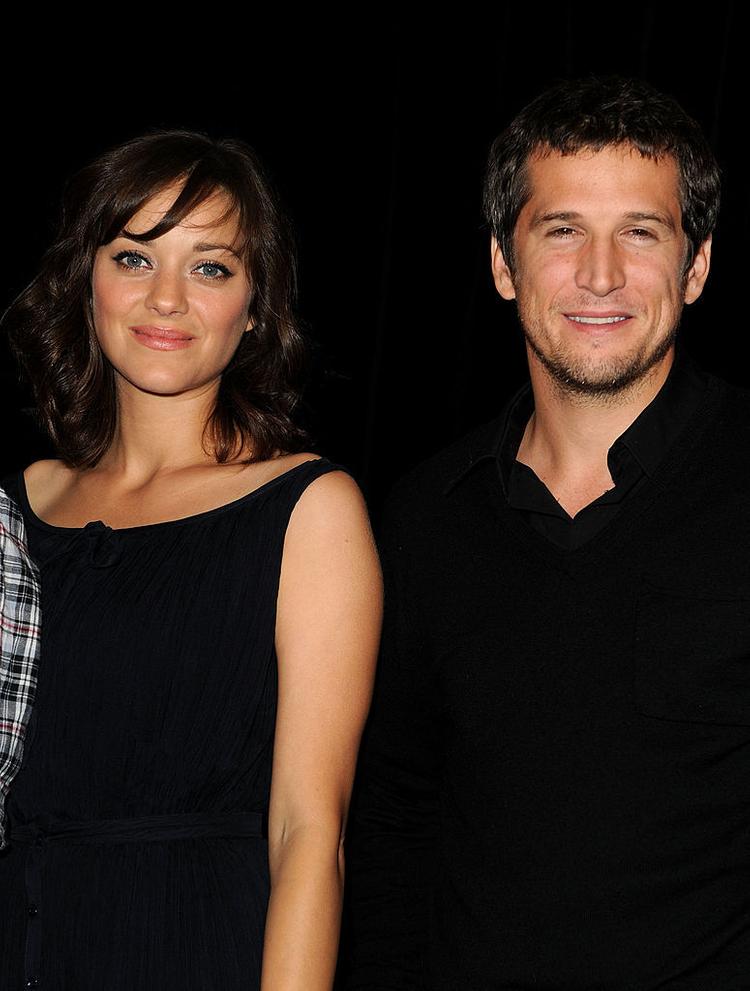 Rumors about their engagement appear with enviable regularity, but they do not comment on them. Perhaps the past unsuccessful experience of both is to blame for the reluctance to stamp the passport – Guillaume’s divorce and the voluntary departure from the life of Marion’s former lover.

Rosie and Jason are one of the strongest and most beautiful celebrity couples in the world. Statham made a marriage proposal to his beloved in 2016, six years after the beginning of the novel, but they still have not become husband and wife. 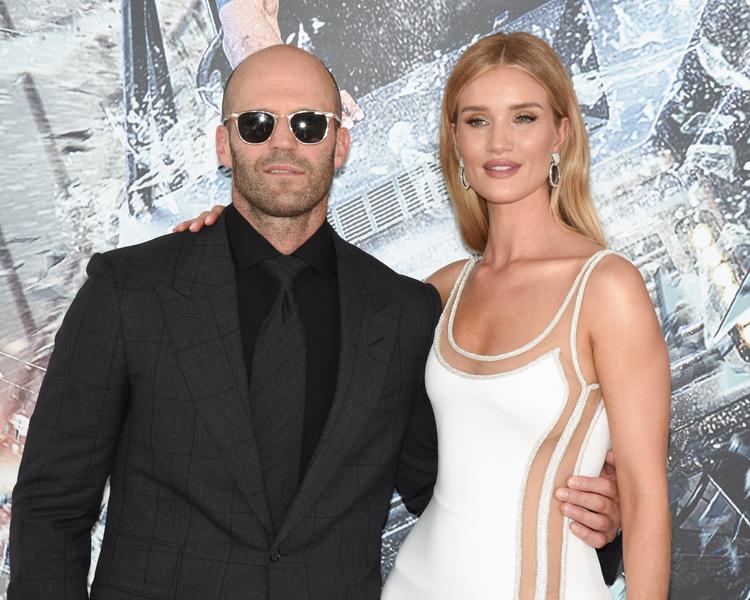 In 2017, Jason Statham and Rosie Huntington-Whiteley became parents – they had a son, Jack. Celebrities try once again not to show the boy to the public. And recently it became known that the model is expecting a second baby. Perhaps having a baby will make Jason more determined to get married…

Ryan Gosling hasn’t been with anyone for as long as Eva Mendes. Before her, he dated Famke Janssen, Sandra Bullock, Rachel McAdams, Jamie Murray, and other famous women. But all these novels lasted no more than two years. 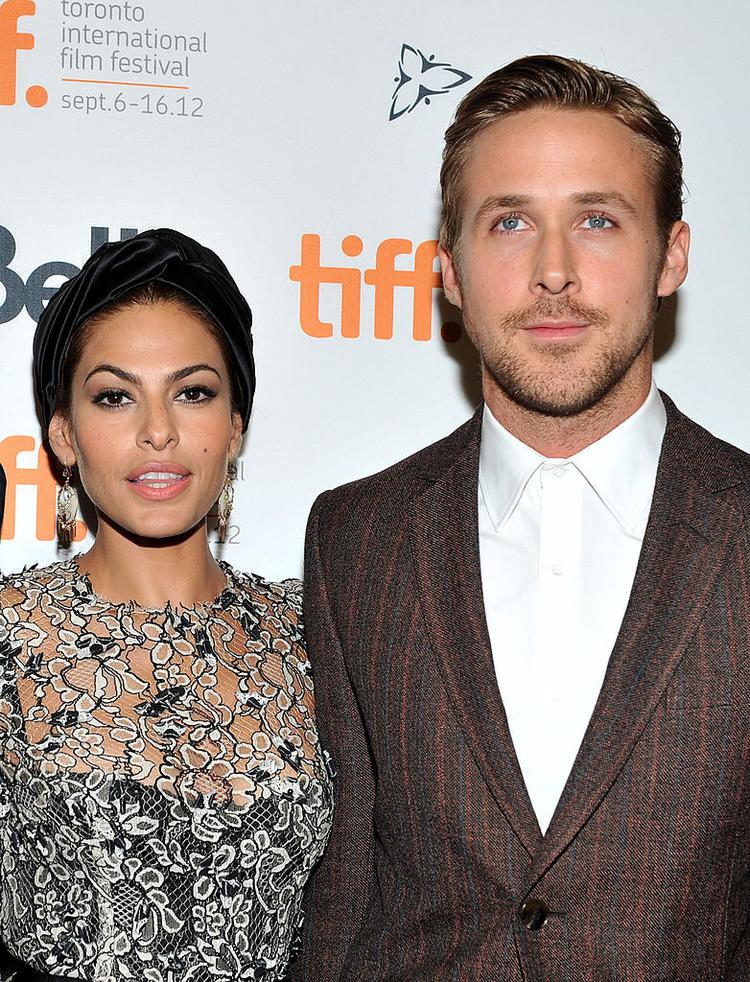 Relations with Mendes at Gosling began after their joint filming in the film “The Place Beyond the Pines.” The couple has two little daughters: 7-year-old Esmeralda and 3-year-old Amada. However, Eva and Ryan are not husband and wife.

After a divorce in 1998 from ex-husband Tico Torres, supermodel Eva Herzigova no longer wants to get married. For almost two decades, she has been happy with Gregorio Marcia, from whom she gave birth to three sons.

In 2017, information appeared in the media that Eva and Gregorio got engaged, but the matter had not yet reached the wedding.

“I don’t believe in marriage. Relationships are development, and marriage stops it, ”said Herzigova before meeting the man of her dreams. After that, she admitted that when she saw Gregorio, she realized that it was love at first sight.

Perhaps the fans of the couple will someday still see her at the altar.