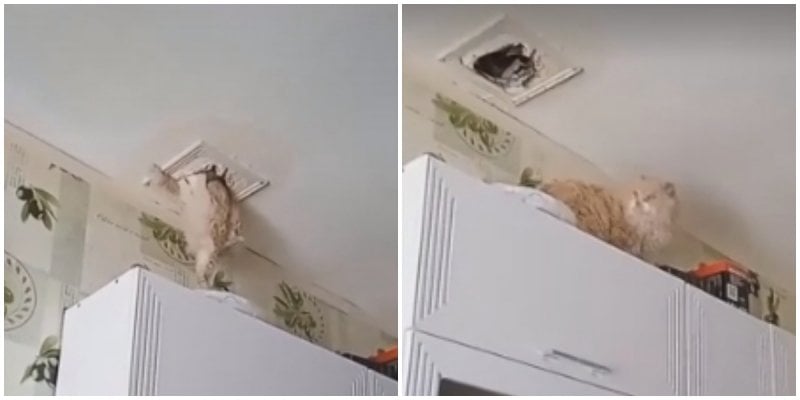 A Russian woman filmed a neighbor’s cat sneaking into her kitchen. He climbed out through the ventilation and, as if nothing had happened, sat down on the kitchen set.

Olga Gridasova shared on TikTok a story about how a cat got into her apartment in an unusual way. According to the woman, the cat first meowed in the ventilation, and then simply knocked out the grate and climbed into someone else’s apartment. The woman was very surprised, but she fed and petted the cat.In the comments, Olga said that the owners found their pet. They were neighbors.

Netizens laughed at the cat and said that “it’s fortunate”.

“And I was thinking how to persuade my husband to have a third cat?????????? I will say that he himself came through the ventilation))

“Whoever visits from the ceiling acts wisely”, users write.