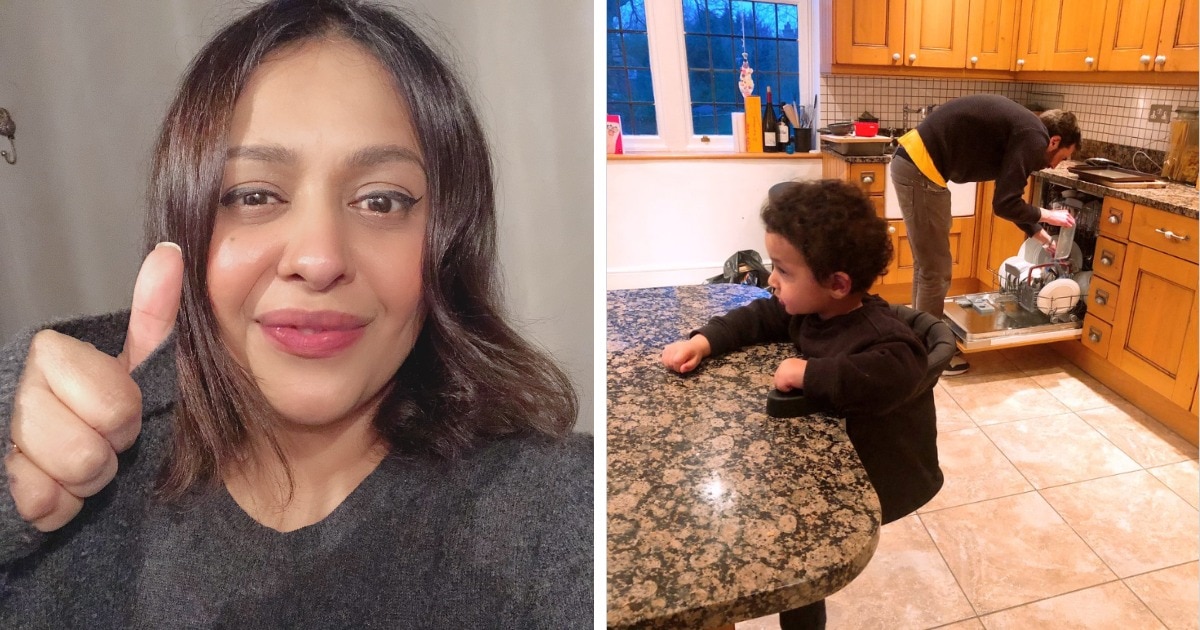 Household chores have always been a difficult task for family members, and in a period when many of us have switched to working from home, life has become a real source of stress. Most often, the woman is responsible for maintaining cleanliness in the house, but now that their husbands are spending more time at home, it’s time to redistribute responsibilities around the house.

This is exactly what a Twitter user under the nickname “MissPotkin” thought about when she decided to conduct a small experiment at home. The woman decided to stop doing household chores in the hope of finding out how long it would take her family members to start cleaning the house themselves. How the experiment went, Miss Potkin shared on her Twitter, and we invite you to learn more about this funny story, which, of course, would not have happened if it were not for the endurance of our heroine!

The woman decided to find out how her family would behave if she stopped doing household chores.

Two days ago, I decided to stop doing the dishes. I make all the dinners and I am tired of having to do all the cleaning too. SINCE THEN this pile has appeared and at some point they are going to run out of spoons and cups and plates.

Who will blink first? Not me. pic.twitter.com/IZkOwP3a6B

Pretty soon it became clear that the experiment would not be so simple.

The woman did her best. 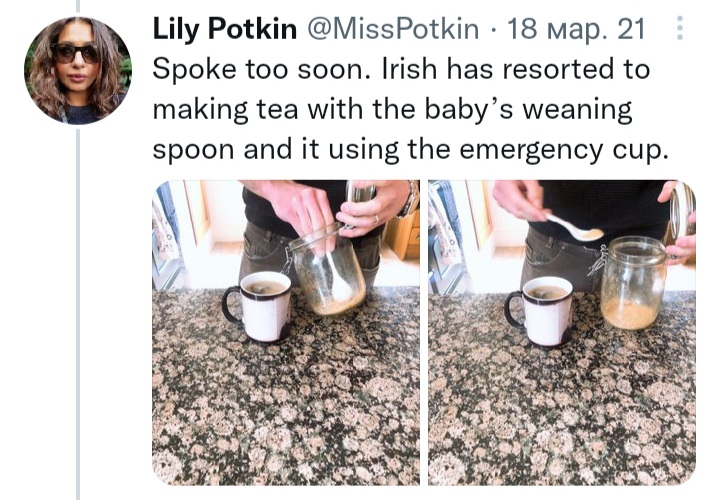 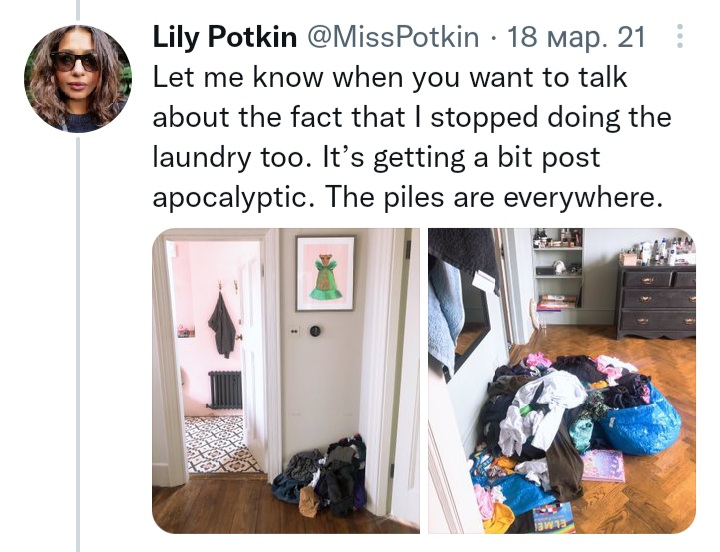 Perhaps this experiment turned out to be a real test for the woman herself.

Together with the woman’s patience, home supplies also ran out.

Even taking a shower has become a real quest. 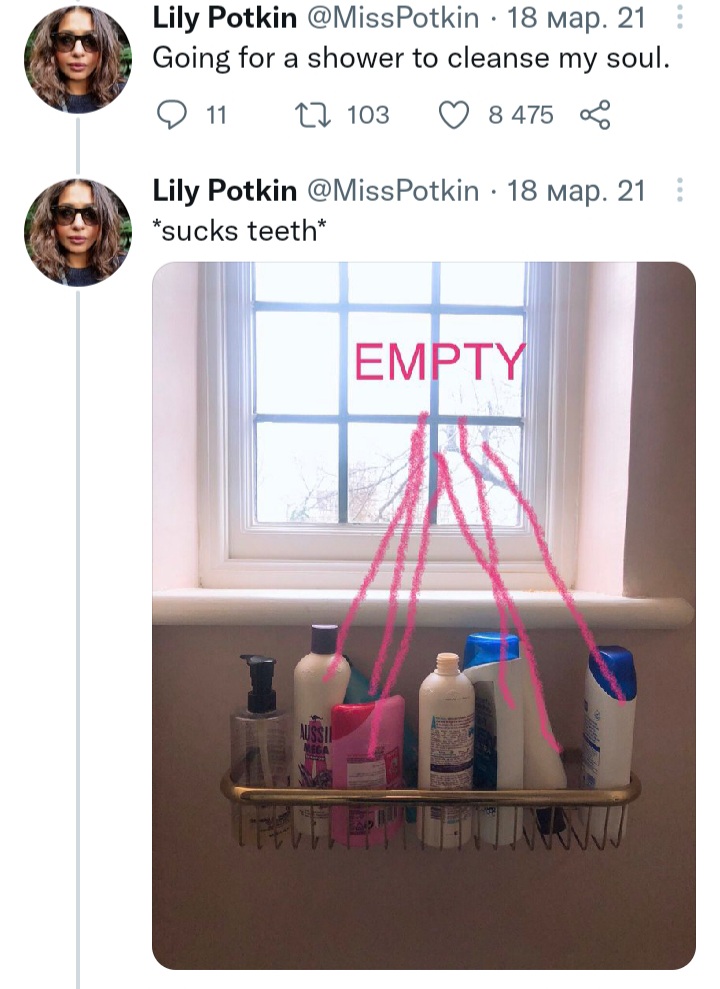 Despite the fact that the experiment dragged on, Miss Potkin did not lose her sense of humor. 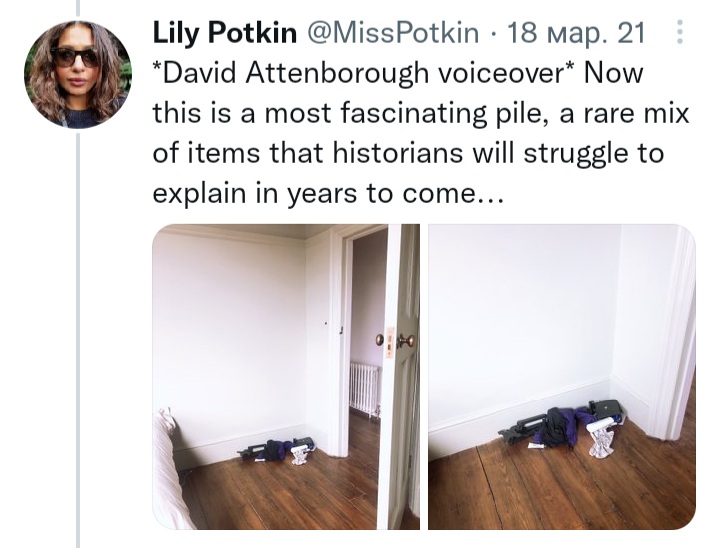 Her documentation of events taking place in the house amused netizens following the experiment. 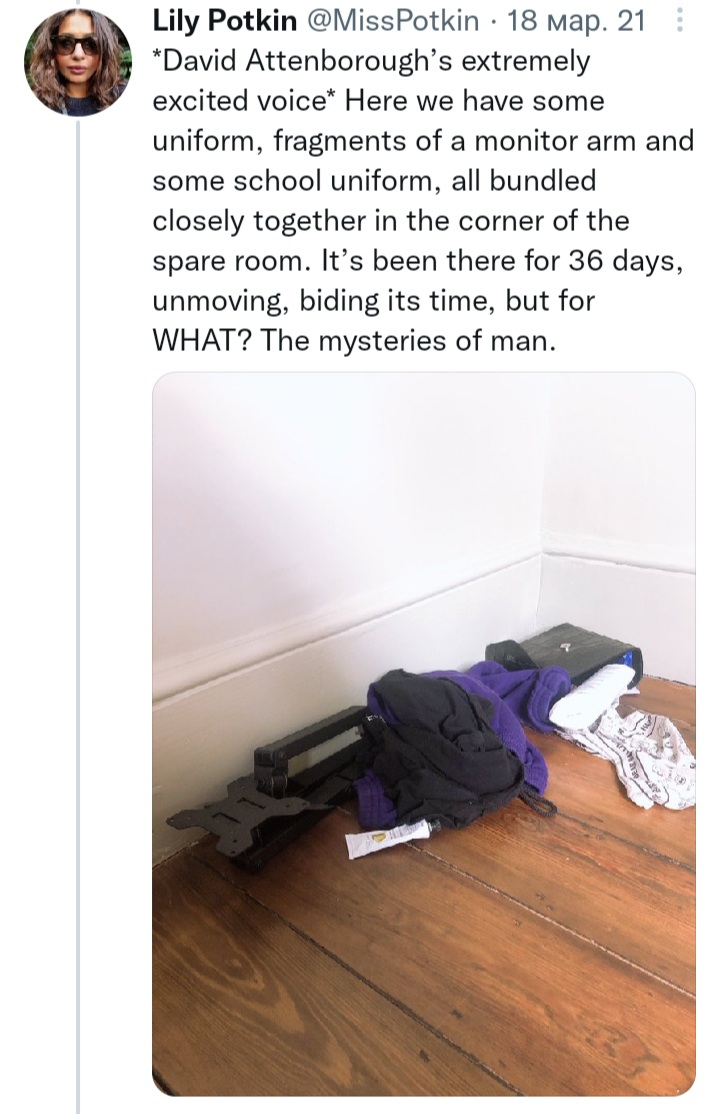 It seems that only our heroine knows about some intricacies of maintaining order in the house. 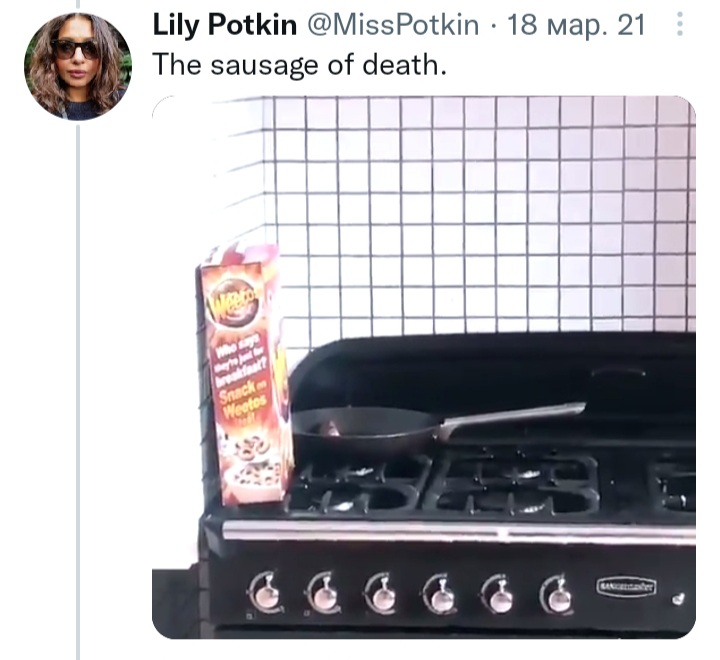 Not cooking was the woman’s hardest decision, but she didn’t plan to back down.

Gradually, the situation moved from a dead center. 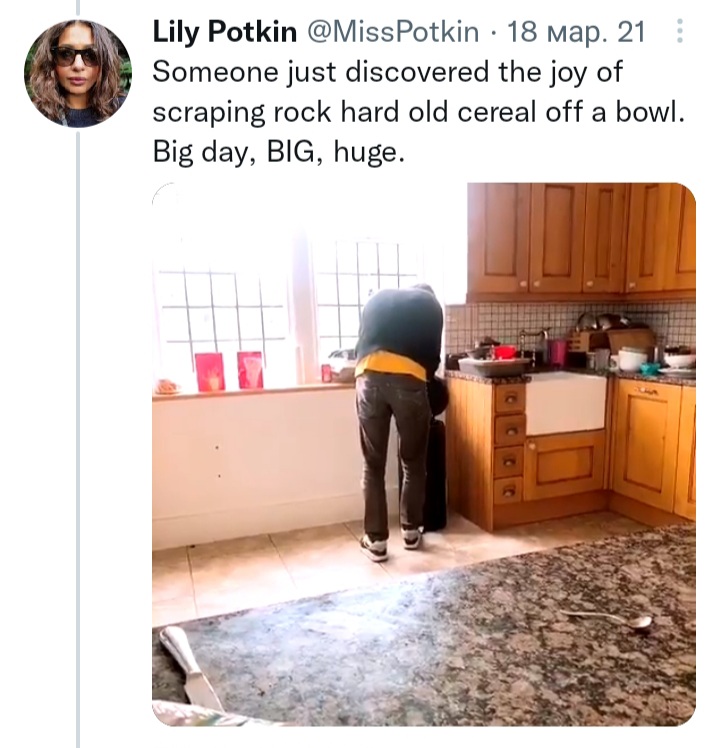 There has been clear progress. 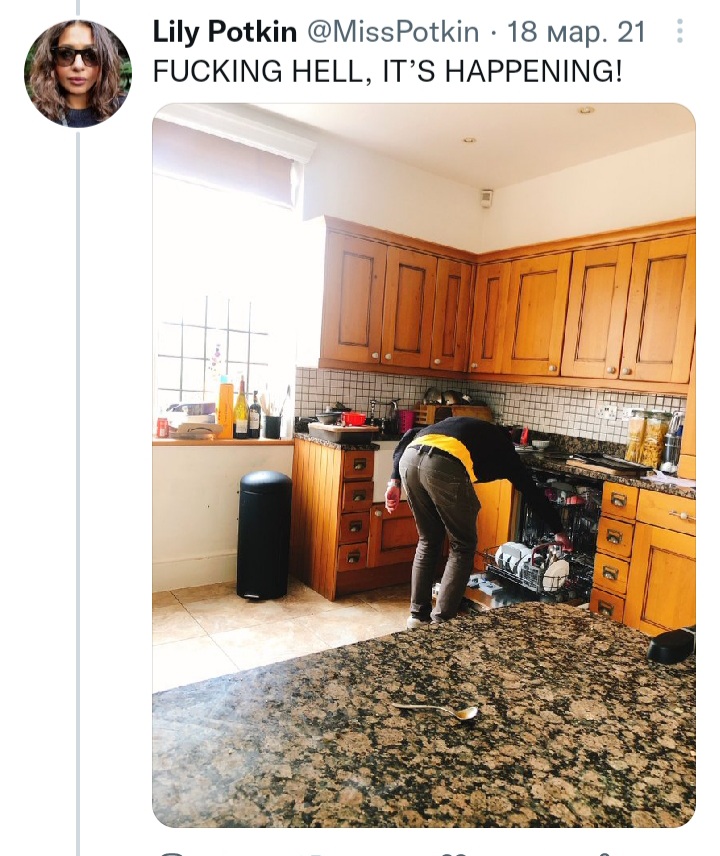 However, there was no need to rejoice.

But the situation with the main room in the house was still resolved. 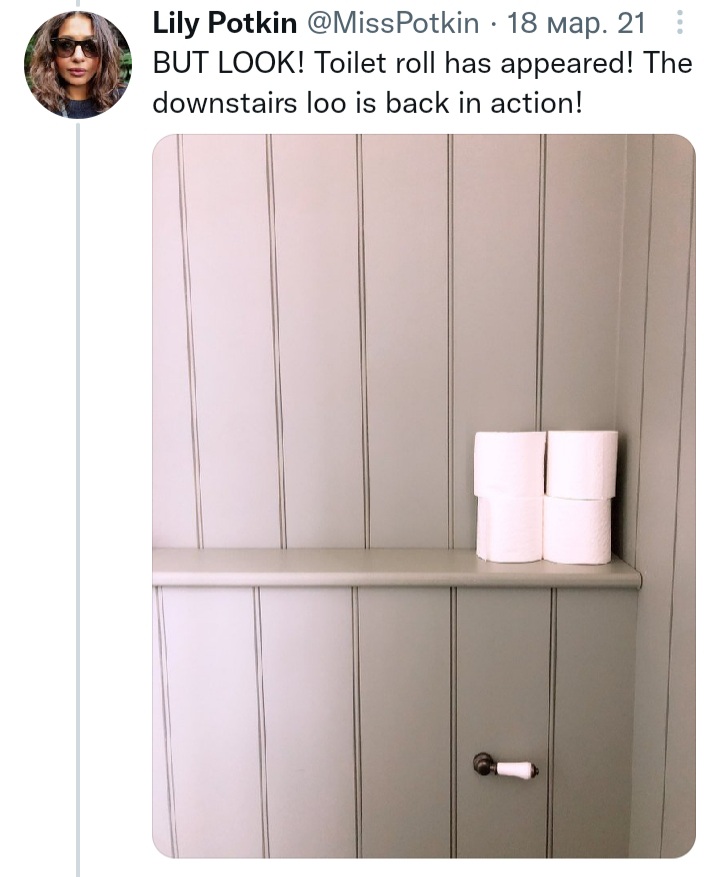 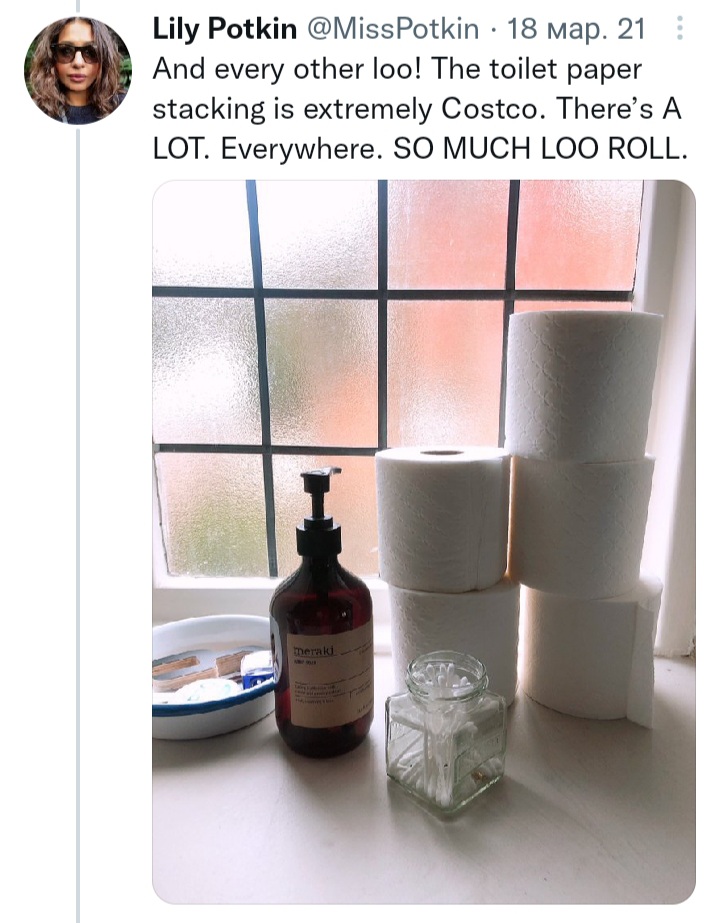 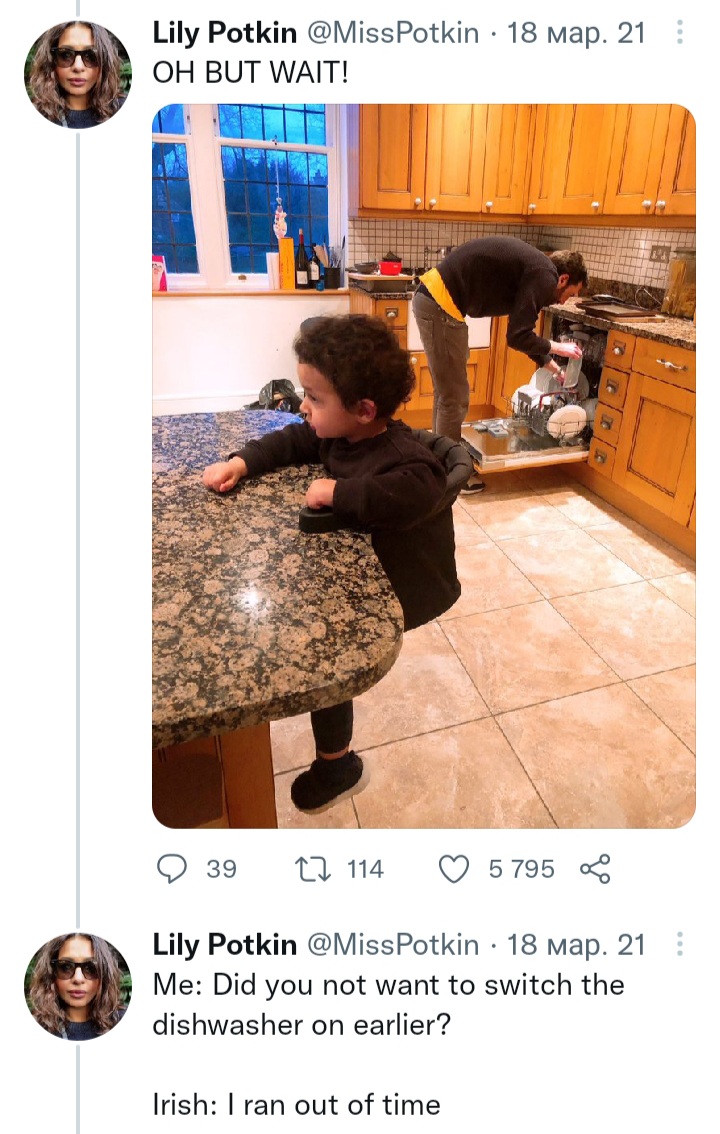 Progress slowly but surely made itself felt.

And finally, we can say that the experiment was a success! 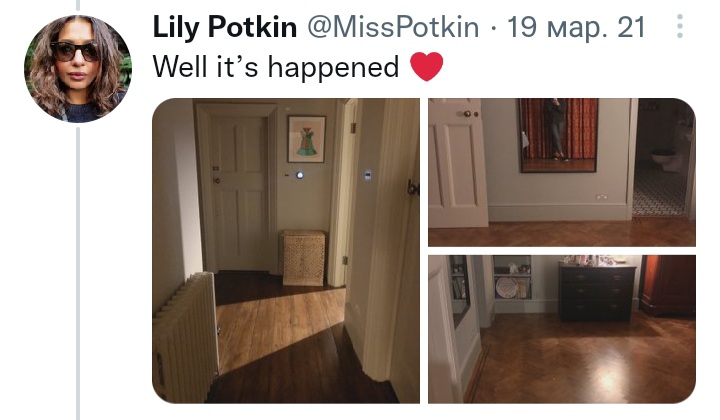 This test was not easy, but all family members coped with it.

Despite her success, Miss Potkin wouldn’t want to go through this again. 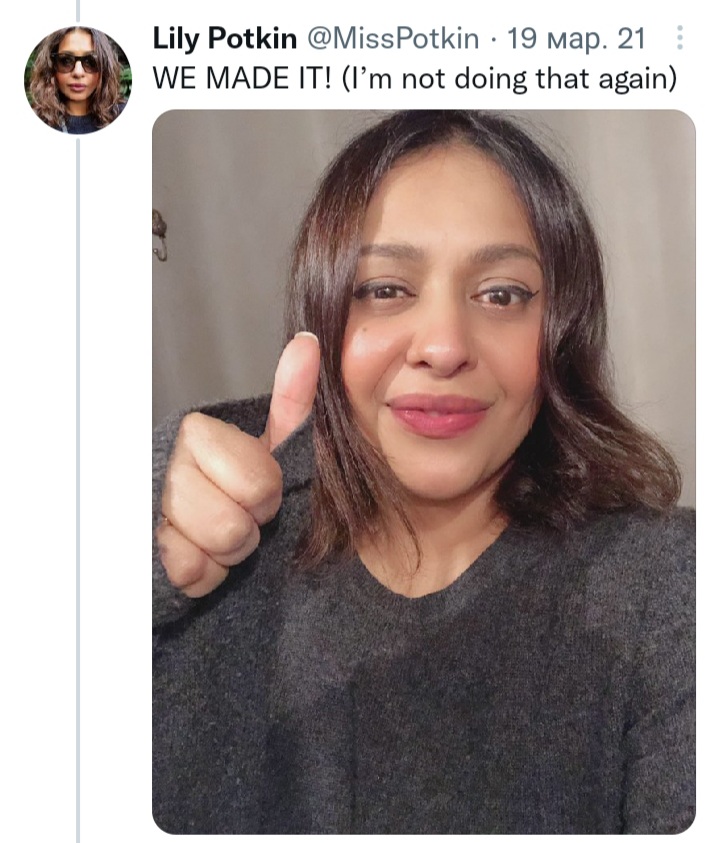 Perhaps the woman’s measures will seem too radical to someone. However, the result was achieved, and, more importantly, the conclusions were drawn! Now the family of Miss Potkin will appreciate her work more, but we can only be glad that we can learn this important lesson, not by example.